While the PS3 may be the undisputed champion of standalone Blu-ray players currently available, there’s still a huge potential market for watching high-definition movies on the PC and in this sector the choice of drives is far less clear-cut. This is mainly due to the fact that most PC Blu-ray drives include not just playback but Blu-ray writing capabilities as well, which adds considerably to their cost. However, even though Blu-ray writing may be useful for some it’s far from a necessity and DVD and CD writing is enough for most. Therefore, the perfect solution is surely a drive that has all the DVD and CD writing capabilities we’ve become accustomed to but with the added bonus of Blu-ray playback? Well, you’ll never guess what I have in front of me now.

The Pioneer BDC-S02 is the first DVD and CD writer we’ve seen with Blu-ray playback and with high street prices hovering around the £100 mark, it looks set to be the perfect high-definition upgrade for anyone with an HTPC or just a PC with a screen large enough to watch HD content. Unfortunately there isn’t support for reading HD-DVD discs as well but it’s unlikely we will see affordable drives that can read both formats for a good while yet. For the time being you’ll just have to choose a side and hope for the best. Either that or just buy one of each drive.


Getting the numbers out of the way first, specifically the drive can read BD-ROM/BD-R/RE (Single Layer Blu-ray) discs at 5x, BD-ROM/BD-R/RE (Dual Layer Blu-ray) at 2x, and write DVD-R/+R at 12x, DVD-R DL/+R DL (Dual / Double Layer) at 4x, DVD-RW/+RW at 6x, DVD-RAM at 5x, and CD-R/RW at 24x. If you have any familiarity with CD/DVD writers, you’ll probably note that the writing speeds aren’t the fastest available. However, although you’d be quite right, these are still respectable speeds that shouldn’t cause you too many headaches unless you fancy making a living on the black market. 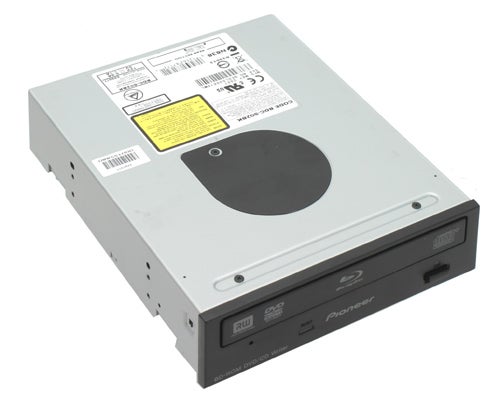 Optical drives are one part of PCs that have never undergone the makeover that has seen computers transform from boring beige boxes to stylish sleek powerhouses and the BDC-202 is not going to be breaking this trend. Apart from the choice between a black or beige fascia you’re still going to be faced with a large ugly chunk of metal with a dull plastic front panel plastered with brand names and logos. It’s not something to get hung-up on as no other drive is going to offer you anything different but if you were hoping for a renaissance in optical drive design, you’re going to be left wanting.

Unlike the LG GBW-H10N drive we looked at before, the BDC-202 uses SATA data and power connections. These newer standards have been used on hard drives for a number of years but are only just starting to gain ground in the optical drive market, so it’s good to see the BDC-S02 is moving with the times and using these more modern connection types. 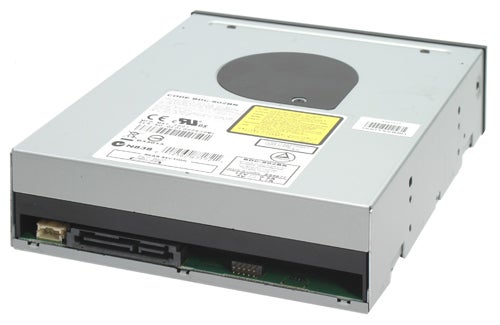 As well as having a higher maximum data rate, SATA connectors and cables are smaller than the old EIDE ones. This makes the drives easier to fit inside your case and, more importantly, the thinner cables don’t constrict airflow as much as the old type so your case will be cooler and quieter.


The disadvantage of the newer standard is that some of you may not have enough, or any, of these new connections, on your motherboard, to use this drive. However, that’s only likely if your computer is more than three or four years old, in which case it is unlikely to have the horse power to play HD content without several other upgrades anyway. For a start you’ll need either a fast multi-core CPU or a graphics card with dedicated HD video decoding, like the nVidia 8600 GTS or ATI HD 2600 XT. If you plan on watching protected content – i.e. any commercial Blu-ray disc – you’ll also need a graphics card that has HDCP compliance. Finally, you’ll also need a monitor or TV that is HDCP compliant. Essentially, unless your PC is relatively new you’re going to be looking at some considerable hidden costs in order to use this drive to its full potential.


As with most optical disc drives, the BDC-S02 is mostly available as an OEM model (the BDC-202), which basically means all you get is the drive with no extraneous packaging, cables, or software. However, with the BDC-S02 you do get the very capable Cyberlink BD Solution software, which you’ll need to playback Blu-ray content, but that’s about it. Most of the time this is great because it saves you a few pennies (or even pounds) and you could even consider yourself to be doing a little bit towards saving the planet by reducing waste packaging. However, if you do need a Molex to SATA power converter or a data cable, you will have to buy one separately. 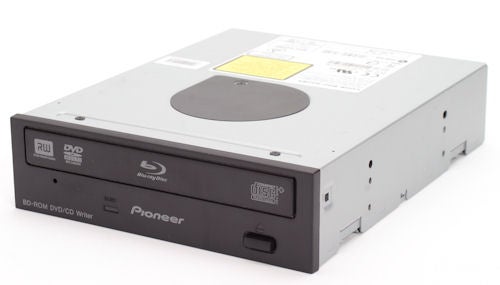 We started our testing in the most obvious way possible by connecting the drive to our test rig and popping the Blu-ray version of Casino Royale in the drive. Using the included PowerDVD software, the disc was recognised straight away and played back flawlessly. As this was a commercial, and thus protected, disc we had to use a test rig with an HDCP enabled graphics card, which in our case was an nVidia 8800 GT, connected to a similarly compliant monitor, to enable us to watch the film at its full resolution. During playback, the drive was very quiet so disturbance was kept to a minimum and, combined with a 24in monitor, I found watching full HD content on a PC a very pleasant experience indeed.


For brevity we performed a full suite of write tests to confirm the drive’s ability to write at its stated speeds and we found that all the numbers tallied up nicely. As mentioned, the speeds aren’t the fastest out there but with the longest wait being only 22 minutes for 7.5GB to be written to a dual layer DVD, you shouldn’t be too worried.


With Blu-ray playback taking care of your HD video viewing needs and the full gamut of writeable and rewriteable CD and DVD formats catered for, the Pioneer-BDC-S02 is the perfect drop-in upgrade for the HD-savvy consumer. Of course, there’s no HD-DVD support, it may not write to Blu-ray, it’s not the fastest drive around but for a mere £100 it’s still an absolute bargain. 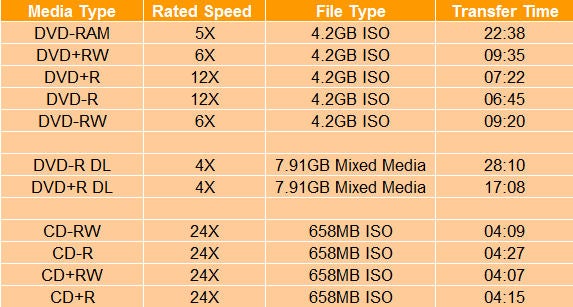