When a piece of software reaches its 15th version, you would expect it to be a pretty finely honed experience. But, like Star Trek movies, there have been Pinnacle Studio updates of greater or lesser excellence along the way. Taking a scan down the feature list, Pinnacle Studio HD 15 isn’t a huge improvement over its predecessor. However, it does have just about enough new features to warrant the number revision.

Pinnacle was purchased by Avid a few years ago, and the company’s semi-professional Liquid software was discontinued after version 7. Although Studio persists, it too now has a questionable future since Avid released its own-branded Studio software.

However, there are clear interface distinctions between the two. Although both share the same underlying code base, their interfaces are rather different, and Pinnacle Studio still holds the upper hand for ease of use. This was the first mainstream consumer-grade video editing app to take a tabbed approach to the stages of the process, and it’s still the easiest app for novices to get to grips with in its class. 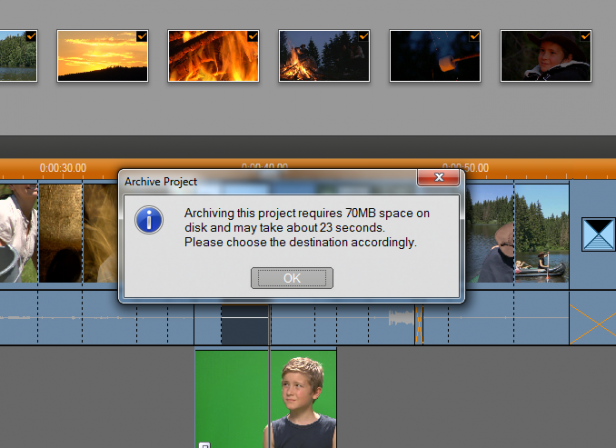 The most major feature enhancement with Studio HD 15 is its ability to archive projects. This is much more sophisticated than simply saving your editing decisions, as transferring just the file containing these to a new system will leave all the media they refer to behind. Even if you do copy over your media directory, it’s still easy to miss the odd file. The new archive facility gathers every file referenced in the project timeline and puts these with an archive reference file in a single folder you can copy to removable storage.

This can then be imported into any system running Studio HD 15, although
it will also need any plug-ins used to be installed and activated.
Since only the files included on the timeline are stored in the archive,
the latter’s size can be deceptively small, although you are told this
right at the beginning of the process so you can choose storage with
sufficient remaining capacity.

You then transport this archive to a new system running Pinnacle Studio HD 15 and import it. The software will prompt you for a new location to put the media files, which must be on a drive fast enough for video editing. So if you have used a Flash memory key for transportation, you won’t be editing the project on that. Instead, it will be transferred to the local disk of your choice first. 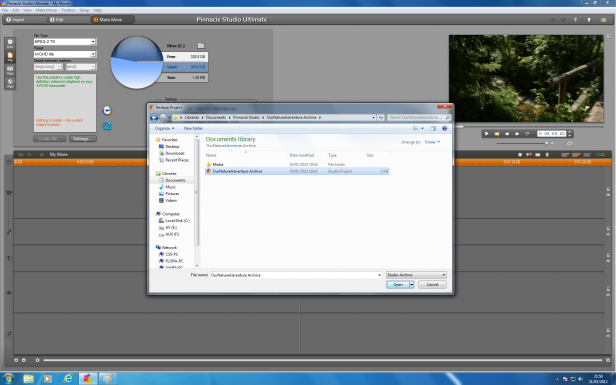 The archive tool is undoubtedly a useful feature, but we’re not entirely sure how many Pinnacle Studio users will be moving projects between multiple machines, or working collaboratively. It’s definitely great for mothballing your work ready to be reloaded in the future if needs be, though.

Most of the remaining new features revolve around keeping format support as fresh as possible. You can now import MKVs, and Studio HD 15 will even search them for scenes. With the increasing popularity of MKVs as the format of choice for Internet video sharing, this is a welcome addition, although we have to admit that not all MKVs are legal in provenance. 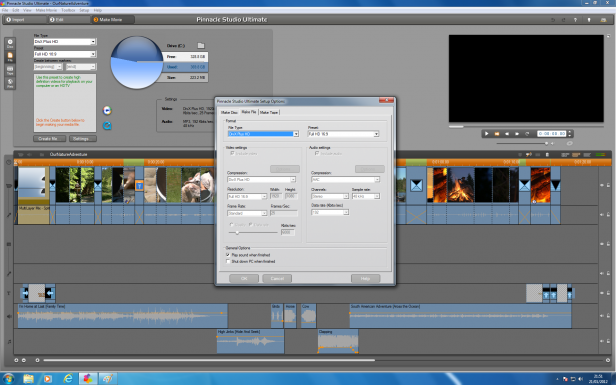 The improved importing is surpassed by the additional export formats. QuickTime can now be exported at up to Full HD, as can DivX Plus HD, which is the official name for DivX’s MKV-based H.264 HD video format. The MPEG-2 TS export category now offers an AVCHD Lite option, as well as standard AVCHD and Sony PS3-compatible HD. The YouTube presets now include presets all the way up to Full HD, too. So all of the currently most popular ways to watch video are covered.

Pinnacle is also claiming considerable performance improvements over the last version. However, this is still a 32-bit app, when half the competition has now moved over to 64-bit, notably Adobe Premiere Elements 10 and CyberLink PowerDirector.

Another notable absence is support for any form of 3D. Whilst the jury is still out whether 3D will really become popular, particularly as a consumer video shooting format, not having the option does place Pinnacle Studio HD behind some of its competitors if you do like to try out the latest trends. CyberLink’s PowerDirector 10 Ultra particularly stands out here.

So there aren’t that many features to entice users of version 14 to upgrade, but if you’re still using an earlier version, then you can take advantage of version 14’s enhancements. These include a stop motion capture utility, and in the case of the Ultimate version on test here a couple of capable effects plug-ins from Red Giant.

As the name suggests, Red Giant’s ToonIt transforms your footage into a quasi-cartoon appearance, and Knoll Light Factory adds things like lens flares to your footage, with a particularly high quality end result. 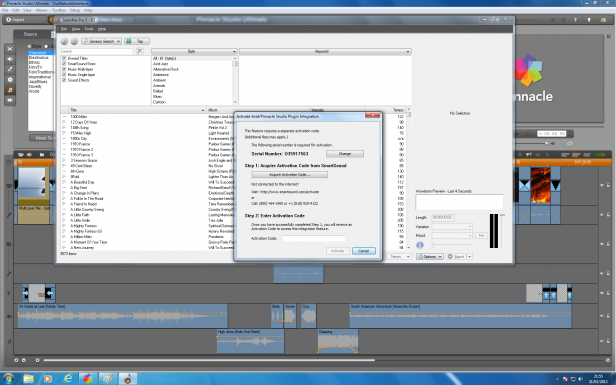 Both Scorefitter and SmartSound SonicFire Pro background music generation plug-ins are now included with Pinnacle Studio HD 15. Whilst Scorefitter is somewhat limited, the SmartSound software requires activation, costing £24.95. So whilst it’s great to see the return of this powerful loop-based music creation tool, Pinnacle has played its usual trick of tantalising you with options that will cost you extra to activate.

In fact, Pinnacle’s habit of making you pay extra for effects packs and other add-ons, most of which are now bundled with the Avid-branded Studio, is ultimately the downfall of the Ultimate versions, which don’t give you so much out of the box.

Pinnacle Studio has been a regular favourite for newcomers to video editing, with version 12 earning a Recommended award. However, the message isn’t quite so clear for version 15. This is still a great sub-£100 video editing app, but the Ultimate and Ultimate Collection versions have been overshadowed by their own Avid Studio stablemate. The latter may be more complex to use for the newcomer, but it bundles a whole lot more for the money. Only the basic Studio HD 15 makes obvious sense, as a starter video editing app. Its £45 price means it remains excellent value for the beginner.