What is Pinnacle Studio 16 Ultimate?

Studio 16 Ultimate is the top version of Pinnacle’s latest consumer video editing application. Studio is one of the longest-standing brands in its field, and has passed through numerous hands. The latest owner, as of about a year ago, is Corel. So Studio 16 sits alongside VideoStudio 16, with which it used to be a direct competitor, and in some ways now is even more so. 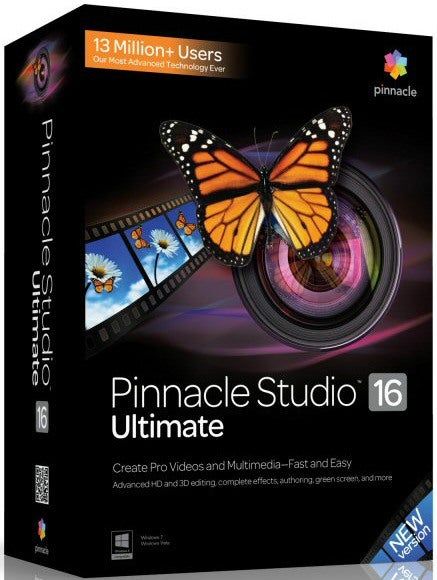 We’re not sure where Corel’s ownership of two such similar products is likely to head, but for now Studio is receiving the same progression of development as its stable mate. After all, it has been a pretty equal fight between the two applications for over a decade, and both have large followings.

As usual, there are multiple editions of Studio, with a range of features and bundled extras. The basic version provides three audio and three video tracks, whilst Plus increases this to 12 apiece, and the Ultimate version on test here is unlimited. There are more effects, transitions, titles and templates as you move up the range, and if you want to author Blu-ray or import and export 5.1 surround sound you will need Plus or above.

Effects keyframing is also only available with Plus or higher. The Ultimate version justifies its additional premium with some third-party extras as standard. Red Giant’s Filmmaker’s and Motion Graphics Toolkits are included, plus there is a piece of green-screen material in the box as well, which has been a bonus with the top version of Studio for some years now.

However, this version isn’t quite a tweak of https://www.trustedreviews.com/pinnacle-studio-hd-15-ultimate_Software_review Studio HD 15. In fact, although the interface looks superficially similar, Studio 16 is based on the code base of Avid Studio, which was developed by previous Pinnacle owner Avid. So, in answer to the question “What’s new?” the answer is actually “Everything.” 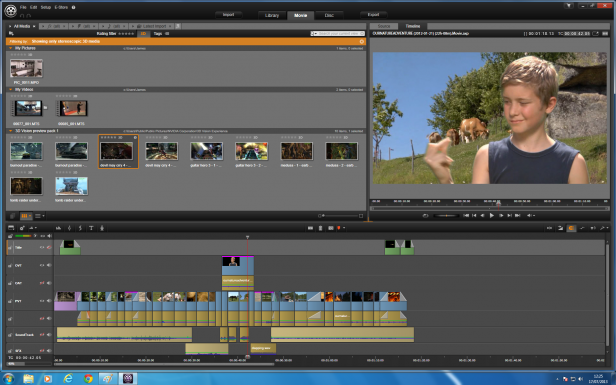 This is no major issue, though. You can import projects from previous versions of Studio. We tried this with a project created in Pinnacle Studio HD 15 and it came in without a hitch, preserving transitions, effects and titles in their original forms. The different approach to tracks used by the previous Studio was also preserved, with tracks renamed according to their more specialised roles in the earlier software.

At first glance, the interface doesn’t look that different to before, either, but there are subtle improvements over both Studio HD 15 and Avid Studio 1.1. A leaf has been taken out of professional video editing software, and Studio now gives the option of having preview windows for both the source clips and the timeline on screen at once, rather than having to switch between them. 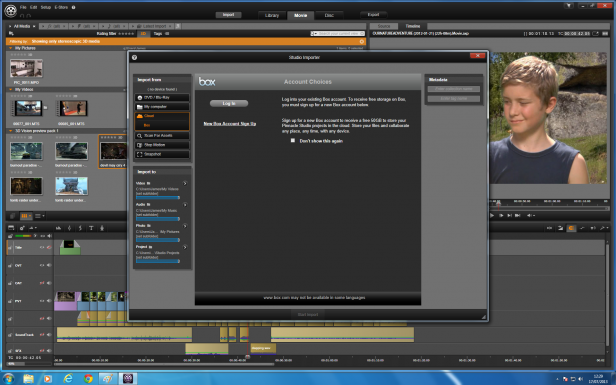 This does mean reduced space for the media and effects pane, but will be a familiar arrangement for anyone with professional aspirations. The pop-out effects monitor of Avid Studio is still available, though, letting you tweak a clip and change effects parameters with a larger video preview. The range of adjustments available here is comprehensive, and with the keyframing available in Plus and Ultimate, it’s possible to create some highly professional-looking effects.

Next
3D, Plug-ins and Verdict Review