Available on iOS
There’s a certain elegance to watching someone who has had one or two drinks too many stumbling around attempting to look sober. Swaying and wobbling as they do, they move in all manner of directions they would never even attempt when dry, casting shapes they’d find it very hard to replicate the following morning.

Piloteer is full of such endeavours, only rather than watching on looking at someone else making manic moves, it’s your own actions that provides the entertainment. And it really is a whole host of entertainment.

Your one and only task in Piloteer is help one unfortunate lady take off, hover, and perform all manner of tricks with a jet pack strapped to her back. A tap on the left of the screen sends you tipping to the right, with a tap on the right of the screen doing the exact opposite. In theory, touching both sides at the same time fires all of the jet pack’s boosters and sends you soaring upwards, though you’ll usually end up darting in one direction or other eventually. 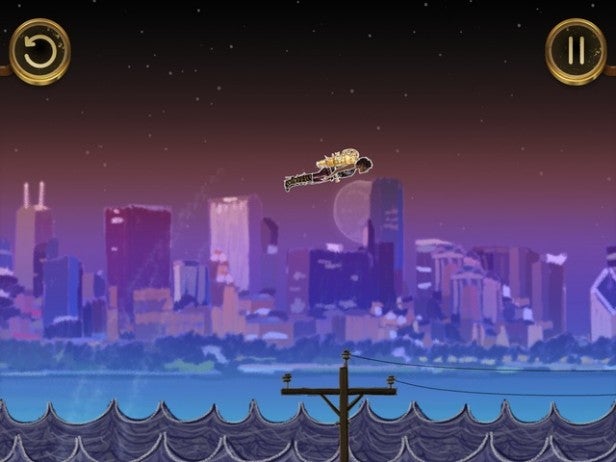 It’s a set up that intentionally makes Piloteer especially hard to control, and this is one game where even the most accomplished may never get beyond the first couple of challenges – if they even make it that far. The idea is to perform trick after trick as instructed, flying around in all manner of directions on cue before landing in a set space entirely unharmed. Your pilot, however, is as indestructible as a particularly vulnerable crash test dummy, and she’ll find herself jerking around on the floor more often than she’s actually in the air.

Yes, this is a game of if at first you don’t succeed, try, try, try again. And then try a few more times for luck. Failure, however, isn’t necessarily all bad. Piloteer is designed to amuse, and every time you crash and burn, it’ll usually generate a chuckle or two. What’s more, with Everyplay – Unity’s video recording system – running in the background  the whole time, the game wants you to share those failures with the world, and have the world laugh along with you.

As a result, it’s hard to feel that Piloteer is a game where success actually matters at all. In reality, this is a toy where – whether in the free flying sandbox mode or taking on the actual challenges – developer Fixpoint Productions just wants you to have fun, experiment, and see how you go. That’s an admirable and bold approach, but it does unearth one or two problems. 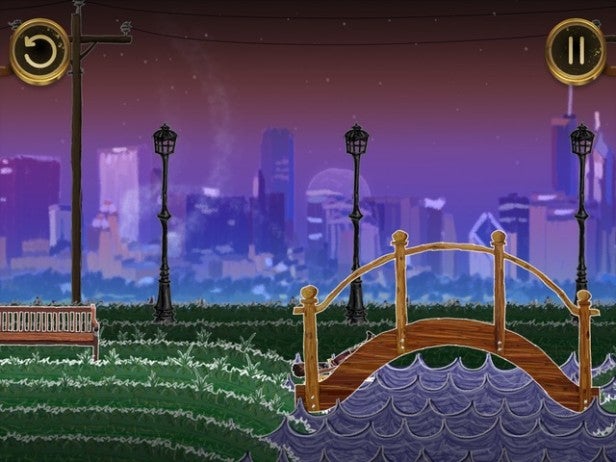 The main one being that, with little help as to how to control your pilot with any sense of panache, there’s every chance that a large chunk of Piloteer’s audience will give up on play before they’ve even got going. Indeed, in the process of this review, my first play on Piloteer was (funnily enough) on a plane, without the ability to share my mishaps online. As a result, after chuckling at my first few failures, I then started to get frustrated that I couldn’t complete even the first task and, before I landed back on British soil, gave up.

In fact, it was only when I started to watch other people’s videos that I actually got what Piloteer is about – it’s the gaming equivalent of tripping up on a door frame and everyone in the vicinity laughing at you. The question is, is that enough to build a game around?

In my view, not really. While once you get to grips with Piloteer’s controls (which takes getting used to every single time you start it up) there is a genuine sense of accomplishment for every move you pull off, the learning curve is so steep that in reality, for the most of people who will take on Piloteer it’ll prove to be nothing more than an app packed with pure anarchy. That’s absolutely fine for a five minute blast, but it’s hard to see Piloteer taking flight for all too much longer than that.

Verdict
Hilarious at times, Piloteer’s jet packed based jollities are so difficult to control that, though failure can be utterly entertaining and it’s possible to share your japes with the world, there’s also a whole host of frustration attached to the fact that success is a very very very rare beast.