Pikmin 3 Deluxe is yet another stellar adventure that will find a welcome second home on Nintendo Switch, and I sincerely hope that it attracts both newcomers and hardcore fans alike.

Nintendo is finally running out of Wii U exclusives than can be ported to Nintendo Switch, unless they really want to resort to underwhelming stinkers like Devil’s Third and Animal Crossing: Amiibo Festival.

But Pikmin 3 is a delightful strategy adventure well worth a second chance on a more popular platform, since millions of players likely aren’t even aware of its existence. Known as one of Nintendo’s more unusual franchises, Pikmin has players commanding a diverse army of alien creatures to murder wildlife, gather fruit and solve all sorts of puzzles across an unknown planet.

It’s a cute and simple premise executed wonderfully, finding the right balance between sheer absurdity and mechanical satisfaction. Pikmin 3 Deluxe takes the third instalment and doesn’t change too much, opting for quality-of-life improvements and a few new gameplay segments featuring familiar characters that fans will know and love.

While it doesn’t rewrite the rulebook of the franchise or introduce any significant new additions, Pikmin 3 Deluxe is still definitely worth a revisit for existing lovers of the alien critters, and I’m genuinely excited for newcomers who will be stumbling across this weird and wonderful world for the very first time. 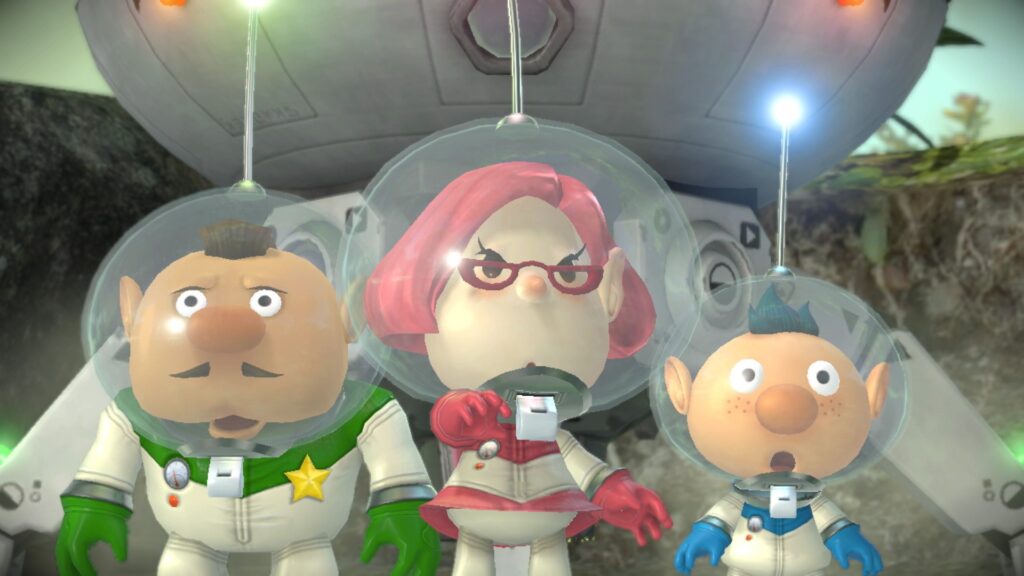 Those who played Pikmin 3 back on the Nintendo Wii U won’t find much in the Switch port they haven’t experienced already, with the visuals and wide range of mechanics remaining largely identical. I don’t consider this a problem, since the original package is still downright excellent, but like many wayward titles that have found a second home on this new console, a little more meat on the bones wouldn’t have gone amiss.

Pikmin 3 begins with a trio of scientists – Alph, Brittany and Charlie – as they crash on an unknown planet. Searching the universe for a source of food to save their starving homeworld, this particular planet happens to be ripe with all sorts of fruit which can be blended into delicious juices. Seriously, these are some of the best pieces of virtual food I’ve ever seen.

Split up and fearing for their lives, the first few missions follow our scientists as they seek to reunite, bumping into mysterious creatures known as Pikmin along the way. They immediately take a liking to our heroes, willing to be ordered around to murder bugs and construct bridges to surpass obstacles at the touch of a button.

You control Pikmin by gathering them together with a harsh whistle before ordering them across the map using a reticle on the screen. This method of commanding your alien troops is rather intuitive, although in more chaotic situations it can be frustrating when armies of differing Pikmin fail to lock onto certain enemies, or ignore the threat altogether to bang their head against a nearby plant. 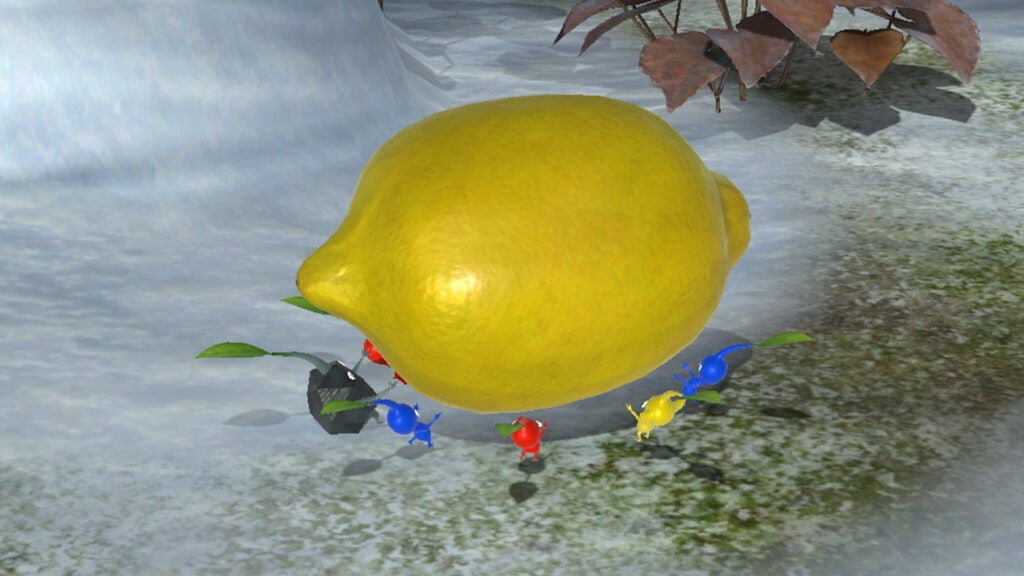 These are foils that held back the Wii U release, and haven’t been addressed here. The whistle that attracts Pikmin now has a much wider radius, which makes gathering them all up in the midst of a scuffle much easier. But those hoping for a dramatic overhaul of existing mechanics shouldn’t expect anything, this is a faithful remaster of the vanilla title for those who have yet to delve into it.

One major new feature is the addition of co-operative play, allowing you to work through the story with another player by your side. Pikmin 3 Deluxe expects you to command multiple types of the adorable creatures at once oftentimes in different locations, so splitting up the workload with a friend by your side works very well indeed. All previously released DLC from the Wii U version is also present and accounted for, ensuring this is the complete edition in every sense.

Pikmin 3 Deluxe’s campaign is a gentle incline into its more complicated mechanics. The majority of Pikmin are given their own stage to breathe as you learn exactly how they work. Red Pikmin are masters of combat, while Yellow ones are excellent at digging and can conduct electricity to light up caves and destroy electrified barriers. Rock Pikmin are absolute bruisers, and won’t hesitate to charge into a wall to make an opening.

Even their personalities shine through in how they behave, conveying a mixture of playful mischief and cold determination when dispatching the planet’s inhabitants with a single command. Pikmin can carry the corpses of bugs back to their “onion ships” to spawn more of their kind, a tactic which becomes essential as the tougher battles make short work of your comrades. 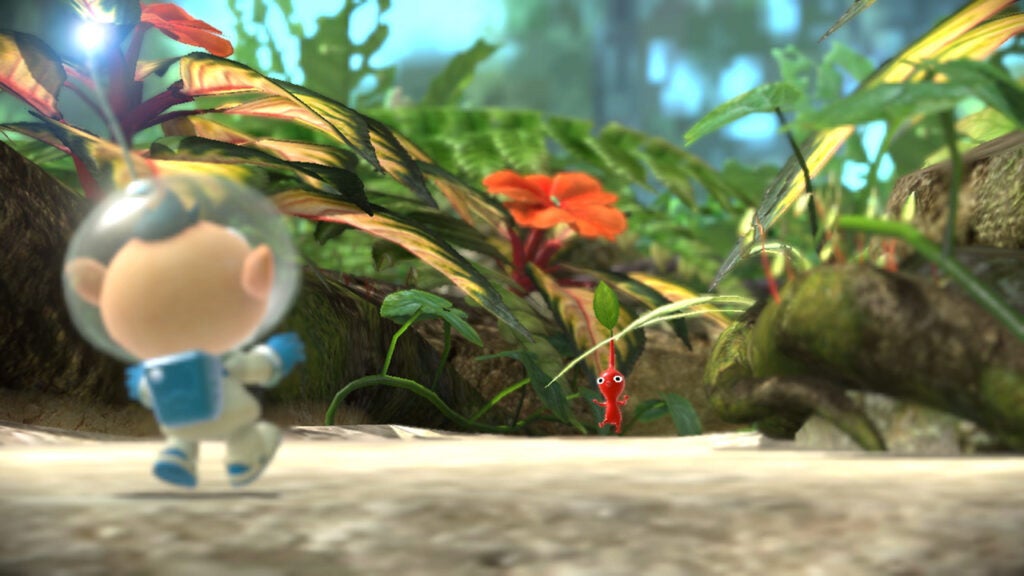 Pikmin 3 Deluxe’s brand of puzzles don’t tax the brain too much, but do require a bit of quick-thinking to avoid a swift genocide of your colourful creatures. The earlier levels act as simple tutorials, but aren’t afraid to throw a handful of boss battles at you which require specific tactics to conquer. One creature might be covered in an armoured exoskeleton which requires a helping of rocks to shatter, while a flying behemoth will only sink to the ground after being stunned by light.

Figuring out these solutions is oftentimes trivial, it’s about getting your Pikmin into the correct position to execute such strategies without dwindling your numbers that proves challenging. I loved moments like this, spurred onward by a frenetic pace which made each arena feel like a miniature battlefield. But the world is designed with objects such as plant pots, canned food and other everyday objects that it feels like you’ve been shrunk down to the size of ants.

The strategy genre is normally quite daunting for newcomers, so Pikmin 3 marching onto the Switch and offering such a broad and diverse take on the genre is more than welcome. There’s really nothing else like it, and I can’t help but giggle at the morbid cycle of life that this world is more than happy to depict. Pikmin will rain fury upon the planet’s ecosystem with absolutely no qualms, taking corpses for themselves as sustenance. 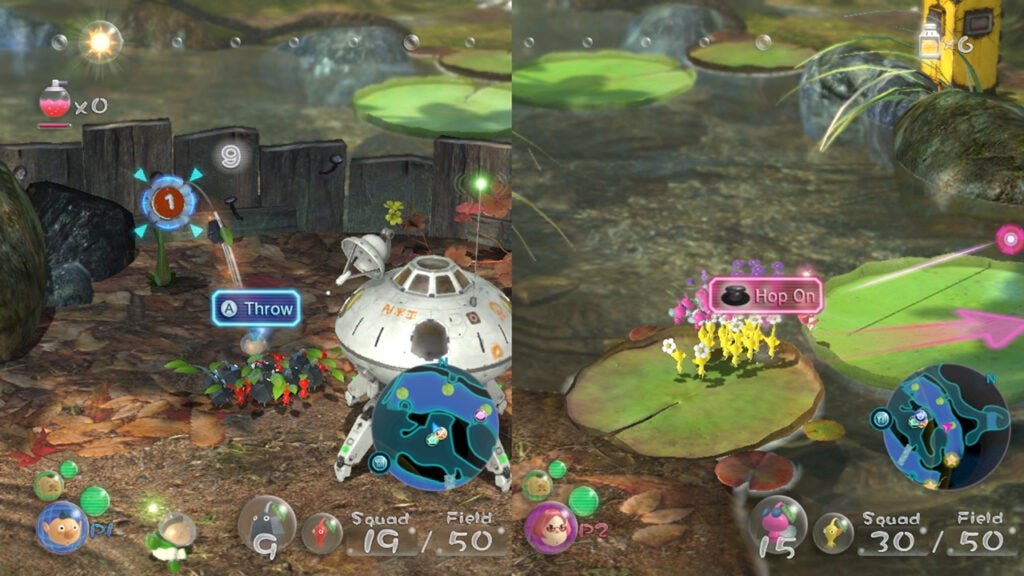 Pikmin 3 Deluxe introduces a new prologue and epilogue starring Olimar – the original game’s protagonist. These are additional chapters which flesh out the plot of Pikmin 3 while explaining why evidence of Olimar and company are all over the planet itself. It’s a worthwhile expansion of the game’s universe, even if those who already own the original will find such a minute new piece of narrative hard to swallow given the asking price.

Verdict – Should you buy Pikmin 3 Deluxe?

Pikmin 3 Deluxe is yet another stellar adventure that will find a welcome second home on Nintendo Switch, and I sincerely hope that it attracts both newcomers and hardcore fans alike.

It’s adorable aesthetic and approachable style of strategy is something I’d love to see expanded upon in new entries, since one of Nintendo’s strangest franchises deserves a fittingly bizarre future.