PiixL G-Pack: The gaming PC that belongs in the living room

Ever thought that you’d love your super-spec gaming PC connected to your awesome 65-inch 4K OLED? Do you worry about that big noisy box cluttering up your living room but won’t compromise on having the best PC-level graphics? Well worry no longer.

The G-Pack from Piixl is a gaming PC/Steam Machine that mounts to the back of any 32-inch or larger TV and plays host to some of the fastest PC components available. The TV actually mounts on the G-Pack so according to PiixL it must weigh below 100kg, although PiixL has confirmed the G-Pack has successfully carried up to 400kg.

We went hands on with a G-Pack prototype at PiixL’s London location and we liked what we saw.

The G-Pack is a solid piece of engineering. Made of aluminium and measuring just a couple of inches in depth, it attaches to the rear of almost any TV using a VESA approved mount. It keeps enough space between itself and the TV to avoid affecting the all important air-flow for keeping the PC cool. The rear can then attach to any beefy wall bracket, although one with an extending arm to allow you easier access to the gubbins and ports is preferable.

Not that you should need to tinker too much. The G-Pack comes with top-notch components to ensure that issues are kept to a minimum. 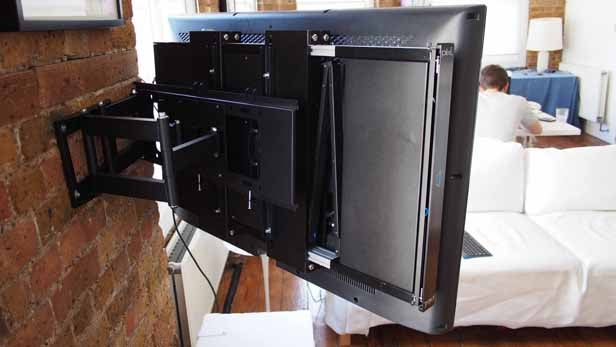 TVs come in many sizes so the G-Pack has an adjustable chassis that lets the right hand side extend to the left edge of any TV that has a screen of up to 70-inches. This is important because the left side has the power button, SSD’s, external storage ports and Blu-ray drive. 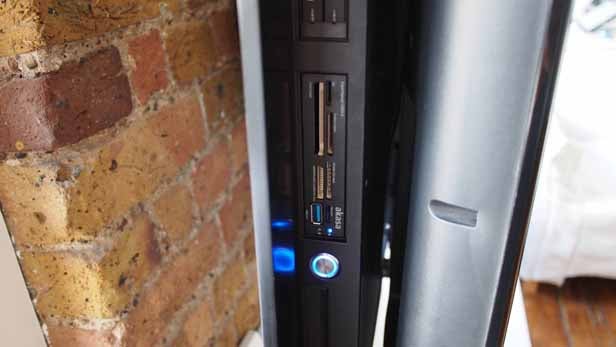 The right side is host to the power supply (PSU), graphics card socket and the motherboard outputs such as audio and USBs. This is neatly tucked away behind the TV, ensuring most of the cables aren’t on show, but still allows you enough access to, for example, upgrade your GPU. 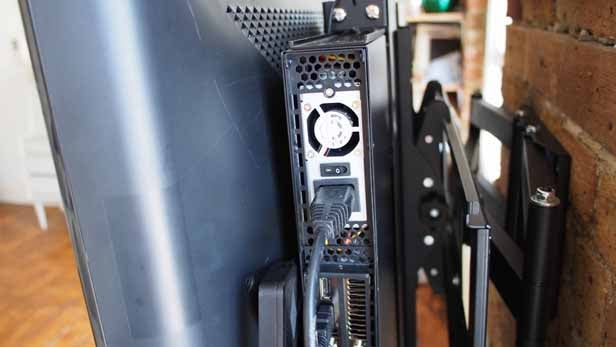 The flat design of the G-Pack is one of its most interesting elements. All the components lay flush across the large surface area. At just 52mm thick there is a lot of potential for poor heat management and noisy fans whirring away and system instability.

But PiixL has designed the G-Pack with this issue front of mind. Each component is compartmentalised, which allows air to travel through the whole system before being expelled, finally, through the PSU. The PSU fan doesn’t even spin under normal load: it doesn’t need to. 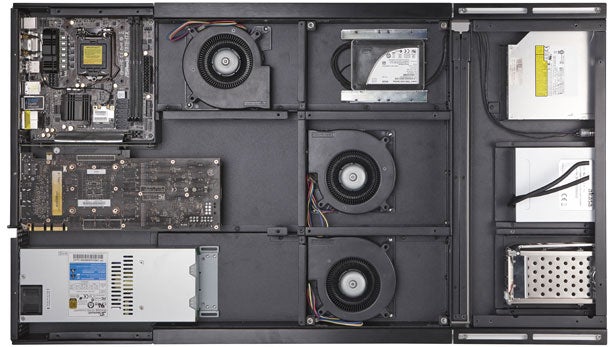 In the hour or so we were with the G-Pack we didn’t hear a single fan – it is dead quiet. Even a 10-minute bash of Pay Day 2 on a hot day didn’t even get the PSU fan running. Impressive stuff.

While the G-Pack is slim it still adds some bulk to the back of the TV, as you can see from the images. This means that it won’t sit flush against the wall, it perhaps doubles the distance from a wall that a TV wall mount with an arm does when folded flat. Regardless, the G-Pack remains hidden unless you look at the TV from the side.

One of the things that bothers us about the Steam Machines so far announced is that they have tended to be conservative – opting to duke it out with £300-£400 consoles rather than proper gaming rigs. 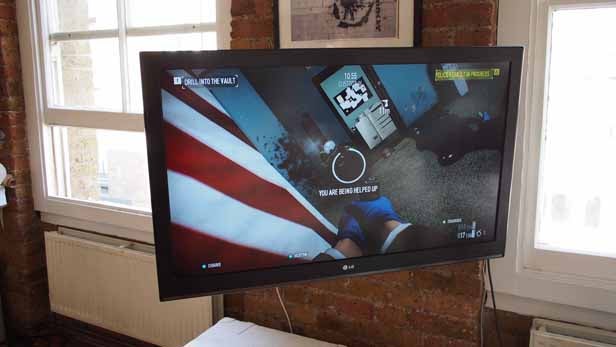 PiixL knows who it is aiming for and it is the no-compromise gamer who wants the best possible gaming experience in the living room. As such it won’t come cheap. PiixL is expecting minimum spec models to cost around $1,000 at launch, but there’s still a way to go before a final price is confirmed.

That’s proper PC-gaming specs and the current prototype of the G-Pack comfortably runs most games full pelt at 1080p. The Xbox One or PS4 will be left eating the G-Pack’s dirt.

With Steam OS delayed until 2015 the current version of the G-Pack runs Steam’s Big Picture, which is essentially the full-screen version of Steam on Windows.

All controls come via an Xbox 360 controller, with the aim of moving to the Steam Controller and Keyboard as the standard input method once that is released.

PiixL has created its own software, which allows you to use the Xbox controller as a mouse. It also adds some clever shortcuts using buttons that are not normally used in game, such as Select. In practice you won’t much want to use a thumbstick as a mouse, it’s quite clunky but works in a pinch.

Of more interest is the keyboard app which maps letters to different buttons. Currently based on the Big picture keyboard it works a little like old feature-phone texting does and becomes surprisingly intuitive even after just a couple of goes. It won’t replace a traditional keyboard, but it works fine for a quick Google search or Skype message. PiixL will be creating it’s own software in time for release. 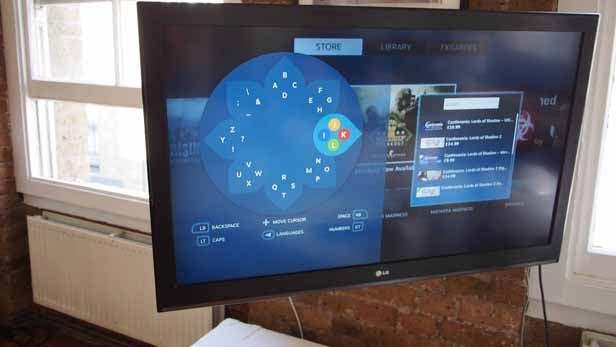 We’re still chomping at the bit to see how well Steam OS will work on a big screen but in the meantime the G-Pack gives us a flavour of things to come in an extremely nifty package. Yes, the PiixL G-Pack is a slightly mad take on the traditional PC, but from what we’ve seen it’s one that deserves a niche.

Want to help make the G-Pack a reality? Check out their Prefundia page