What is the Pi-top?

The Raspberry Pi is  the beloved mascot of makers and tinkerers all across the world and has sold more than eight million units. While the sales figures are impressive, the Pi hasn’t yet made the jump to being an everyday device for the masses. To most people, it remains a circuit board that they don’t understand.

Pi-top is hoping to change that, with an eponymous build-it-yourself laptop kit that turns the Pi into something a little more familiar. Granted, the idea may sound ludicrous at first – but it actually has plenty going for it.

Weighing a meagre 1.5kg, it’s light for a 13.3-inch laptop and has a long 12-hour battery life. Combine that with the low $299 price point and the Pi-top is capable of giving Chromebooks a run for their money.

Yet for all these benefits the Pi-top isn’t trying to replace budget laptops for adults. Instead, it’s set itself up as a laptop for kids between the ages of nine and 16. Pi-top has even developed a suite of workshops and games to teach kids how to code and build their own hardware.

Editor’s note: We’re not scoring the Pi-top as there’s nothing in the market to compare it against

The Pi-top’s lurid green shell arrives in four pieces, which, along with the internal components, have to be assembled before you can do anything else. If you’ve ever played with Airfix planes then this won’t be particularly taxing; the assembly process is illustrated with Lego-like diagrams that kids can easily follow.

Parental guidance is still recommended, but the Pi-top isn’t something you’ll have to assemble the night before just to make sure it works. It took me around 20 minutes, and I was amazed that it was mostly a tool-free experience. The chassis simply slots together with a few bolts to reinforce it.

Initially, I was a little concerned about this simplified design. The hardware is protected by a single, easily removed piece of black plastic. But after two weeks of testing, the Pi-top proved as resilient as any other laptop – and the fact that you can easily reveal the innards made it fascinating, even for supposed adults like me.

The design isn’t without compromises, however. The biggest is that the are no speakers, which makes it impossible to play music or enjoy many games to their fullest. It does have a 3.5mm jack, so headphones of external speakers are supported. 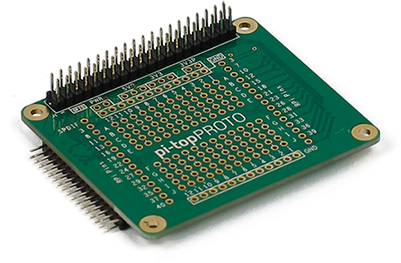 Pi-top is also an expandable platform and speaker modules are available. If you’re approaching Pi-top as an adult’s laptop then the need to wire in your own speakers would be awful, but for kids, this is a great weekend project.

Speakers aren’t the only add-on available either. There are official Pi-top prototyping boards for open-ended experiments, plus a huge array of sensors. The Pi-top’s chassis is a limiting factor, however. You’ll need to ensure that any modules you buy are no bigger than the Pi itself. If they are, they won’t fit in the chassis. 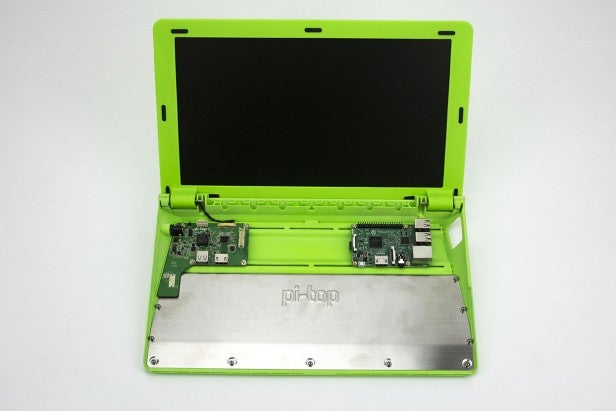 It’s what you do with it that counts

Unlike other laptops, Pi-top runs a unique operating system known as Pi-topOS – a fork of Raspbian, which is based on the Debian, Linux distro. The OS is kind of like Windows, but newcomers should be prepared to step outside of their comfort zones occasionally.

Pi-top has done everything it can to lessen the learning curve. Pi-topOS is divided into two basic layers: one with a simplified interface and one that’s vanilla Raspbian. The Pi-top will default to the trimmed-down layer at boot, with a colourful background, on-screen tutorial and limited options. At any time, however, you can switch to the more complete interface or get access to the full power of Linux through the command line terminal.

Then there’s CEEDuniverse, the exclusive game that teaches kids to program in Python. CEEDuniverse does this by casting you as an explorer who must program machinery to make their life easier. CEEDuniverse slowly eases kids into the idea of exploring the Pi-top’s deeper potential and is the rarest sort of gamified learning: it isn’t patronisingly saccharine.

CEEDuniverse isn’t the only teaching tool Pi-top offers. The SD card comes pre-loaded with Minecraft and a whole curriculum of coding workshops that offer an excellent introduction to computer science. A lot of the software is rough around the edges, but Pi-topOS will receive on-going updates and support to help iron them out. 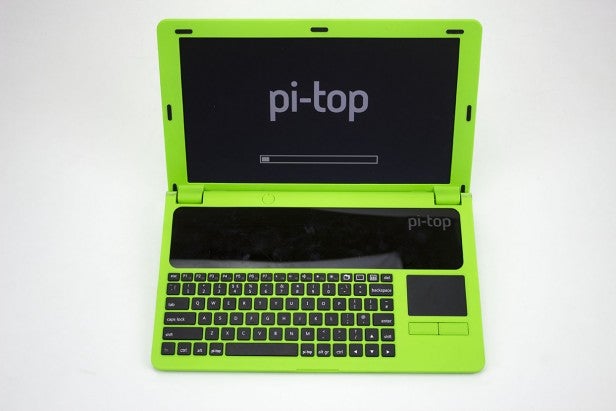 Despite the rough edges and need for potentially critical upgrades such as speakers, I’m incredibly impressed by the Pi-top. The long battery life and simple ergonomics made it my writing machine of choice whenever I was out and about.

For children that have a pre-existing interest in computing and who can rely on a bit of adult support to help them out now and then, the Pi-top is tremendous value; the logical next step after Lego Technic, perhaps. But for kids who don’t have the same passion, the Pi-top is a riskier gambit.

Is the Pi-top enough to inspire and excite kids across the world to get more hands-on with computing? I’m inclined to think it could – and I’m excited to see what they can make of the Pi-top too.