Wireless audio systems might have revolutionised the way people listen to music at home, but there’s no denying that the products launched to date have been on the expensive side. Indeed, the previous two models in Philips’ Streamium range (the WACS700/05 and WACS7000) have cost upwards of £550, putting them beyond the reach of less affluent buyers.


But Philips has changed all that with the launch of its latest Streamium audio centre, the WAC3500D, which sells for under £300. At this sort of price, even those on a tight budget can experience the wonders of wireless audio networking – and with almost everyone now using compressed audio files on a regular basis, this is most definitely a good thing.


The WAC3500D features an 80GB hard-disk drive, which can hold up to 1,500 CDs’ worth of music. The tracks can be transferred onto the hard-disk either by ripping CDs inside the unit – which eliminates the hassle of having to boot up the PC every time you want to add new music – or by sending them over a wired or wireless network from your PC. Once the tracks have been stored on the hard-disk, they can be streamed to up to five Wi-Fi stations located around your home.

Alternatively, you can stream music wirelessly to the WAC3500D from a PC or any device running UPnP compatible software (such as Windows Media Player 11). You can also access the WAC3500D’s hard-disk remotely from that UPnP device, in order to transfer or arrange tracks.


Incredibly, the audio options don’t end there. You can also connect the supplied DC1050 iPod dock or a USB flash memory device to the relevant front-mounted port and play your music through the WAC3500D’s speakers.


With its main unit and two separate speakers, the WAC3500D looks like a traditional micro hi-fi, as opposed to the more daring upright design of the WACS7000, which boasts built-in speakers. As a result it’s nowhere near as attractive as its pricier predecessor, but cost cuts had to be made somewhere. That’s not to say it’s ugly though – the main unit’s half mirrored, half brushed aluminium fascia gives it a pinch of pizzazz, while the central backlit LCD screen looks great.

Rear connections include colour-coded terminals for the speakers, an Ethernet port, stereo analogue input, an FM antenna input and a 3.5mm headphone jack.


When ripping CDs, the unit automatically adds track info from the built-in Gracenote song database, which saves you a great deal of time. The process is easy – check the boxes next to the tracks you want to rip and hit the Rec button on the remote. It uses the MP3 format, and lets you select bitrates of between 128 and 320kbps, but even though ripping is labelled as ‘high-speed’ it takes quite a long time to rip one CD.

Which brings us onto the subject of the WAC3500D’s limited format compatibility – the unit will play MP3 (including VBR) and WMA, but not Apple’s AAC format or DRM-protected WMA files. Also annoying is that you can only play WMA files encoded at bitrates between 16 and 128kbps.


There’s a range of audio features designed to enhance sound quality, including an array of six equaliser presets and Smart EQ, which automatically picks the best preset for the material being played. You’ll also find three Dynamic Bass Boost settings and Incredible Surround, which creates a wider stereo sound. 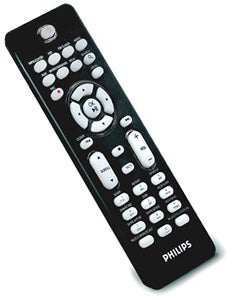 Setting up the unit on a wireless network takes a little bit of jiggery pokery, as you have to configure Windows Media Player 11 and key your WEP security code into the WAC3500D, that sort of thing. Once we rigged it all up, we found the user interface to be a little fiddly and unresponsive, while the track search mode takes an age to find the right song – criticisms we also levelled at the WACS7000. But on the plus side, the remote is compact and ergonomic with well-placed buttons, which is always helpful.


The WAC3500D performs very well. It kicks out 2 x 40W of detailed, well-rounded sound, packed with plenty of bass muscle that doesn’t stray into boomy territory. We played a selection of funk and soul MP3s, all of which require quick, nimble bass reproduction to get their point across, and the WAC3500D didn’t let them down. What’s more, the mid and top-end frequencies are given equal room to shine, resulting in a generally enjoyable performance even with the volume dial turned up high.

As for the wireless streaming performance, the unit’s receiver is pleasingly robust. Apart from the odd crackle, the sound quality was consistently crisp and stable – even with the WAC3500D at the opposite end of the house to the router, and the server PC situated in a garden office about 15-20 metres away.


The audio presets work well, but activate Incredible Surround and the sound is given a whole new lease of life, with a much sharper and more open tone than before. The Dynamic Bass Boost modes 1 and 2 are also useful but stay away from setting 3, which makes the bottom end a little too rich for our tastes. 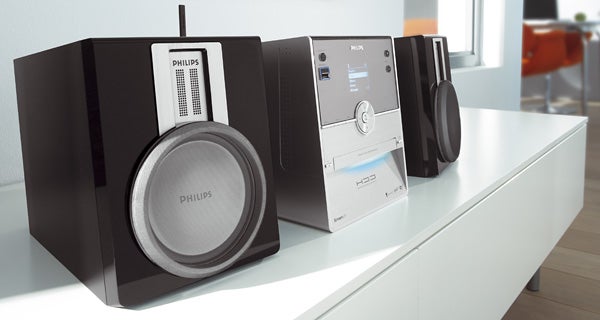 Thanks to the stereo aux inputs on the rear, we were able to channel some movie material through the system just for the hell of it, and were impressed by its ability to handle aggressive action soundtracks.


We’re mightily impressed that Philips has come up with an affordably-priced wireless audio centre without losing any of the features that made its more expensive forebears so special. It opens up this growing area of the market to a whole new audience, providing a great entrée into the world of wireless audio, and being a one-box system, it’s highly convenient and simple to setup.


There are issues with the user interface and audio file support is limited, but considering the amount of functionality you get for your money it would be churlish to complain.