Provided they're not priced too high, the PUS8804s might just have what it takes to ensure that serious AV fans have options aside from OLED too

At long last multiple TV brands are starting to take sound seriously again. No longer is there an industry-wide shrug of the shoulders when it comes to trying to get powerful sound out of skinny screens.

The latest TV to rediscover the importance of sound for enjoying a modern film or TV drama is the Philips PUS8804.

Unveiled at a recent product launch event in Amsterdam, the Philips PUS8804 series sits one rung from the top of Philips’ 2019 LCD TV range, just below the Georg Jensen-designed and nanocell technology-boasting PUS9104. 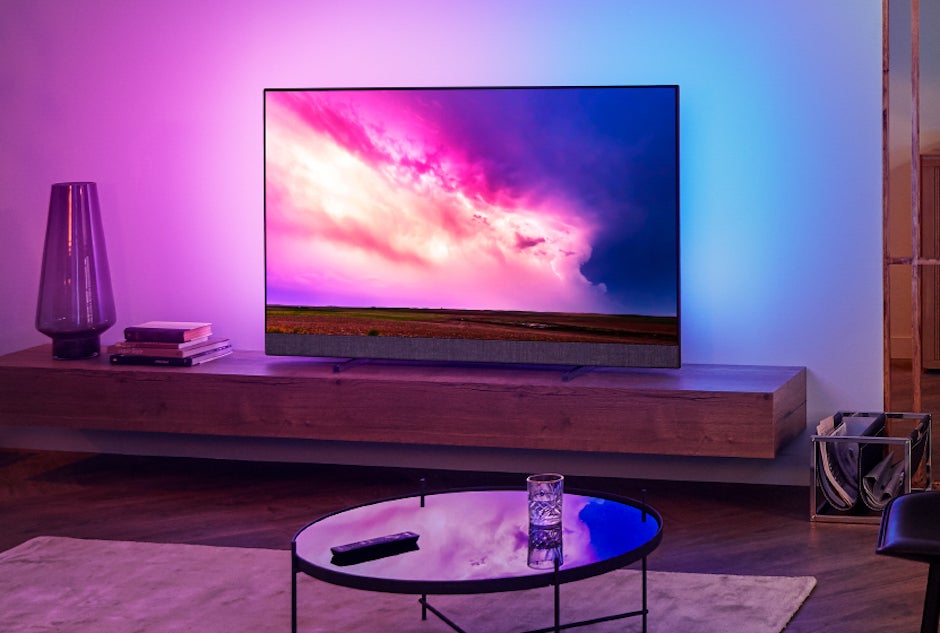 While the PUS8804 is clearly positioned as a more mainstream proposition to the 9104, overall it still seems more interesting. Partly because it supports the Dolby Vision HDR format – the PUS9104 apparently does not – but also because it has a big old soundbar attached to the bottom edge of its otherwise sleek, Ambilight-emphasised bodywork.

This soundbar runs the full width of each of the 50, 55 and 65-inch PUS8804 models, and adds a good two to three inches to the height of each sett. In other words, it looks like a serious bit of audio kit. The design remains elegant, though, thanks to the way its premium-looking grey Kvadrat speaker cloth complements the two-tone metal finish of the main screen frame.

Hidden behind the speaker cloth are two potent forward-facing drivers. These are joined by a newly designed set of rear bass/lower mid-range drivers. What’s more, this whole audio system has been designed in conjunction with the speaker genii at British audio brand Bowers & Wilkins. 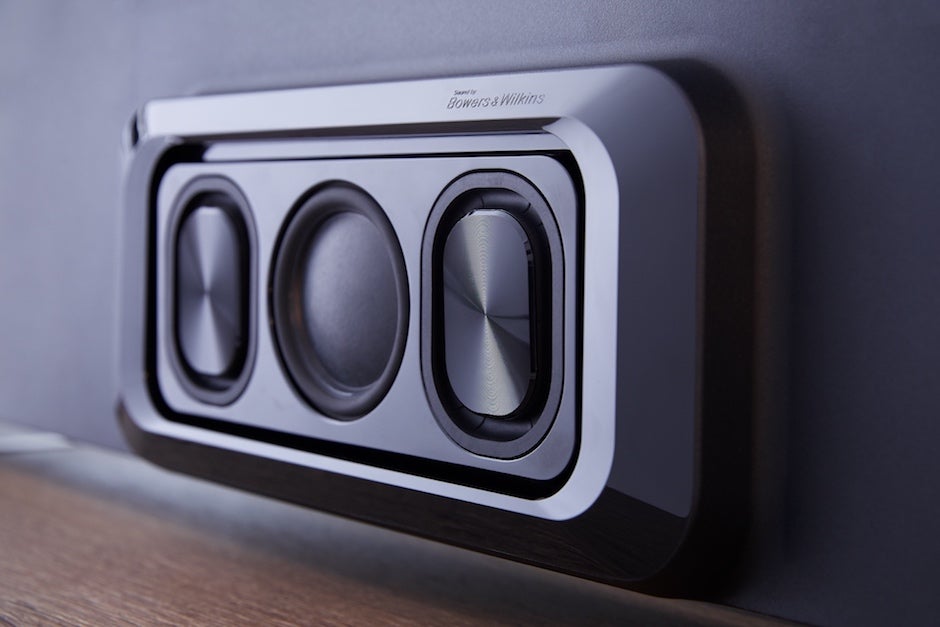 The rear drivers have to sit in a decoupled enclosure, so that they don’t disrupt the LCD picture

In fact, the PUS8804s’ sound is designed to at least equal that of Philips’ first TV collaboration with B&W, 2018’s highly rated 903 OLED range. Although that’s not to say that everything is exactly the same.

For instance, since LEDs can’t handle vibrations in the same way that OLED cells can, the rear-mounted low-frequency component has had to be decoupled from the main chassis. It’s also had to be moved lower on the PUS8804s’ rear, due to LCD’s less robust panel structure.

This has meant that B&W has had to work harder to “lift’ the sound, so that it appears to be coming from the on-screen action rather than below the picture.

A demonstration of a 55-inch PUS8804’s sound suggests that B&W has done a pretty great job of solving all the “good sound from an LCD TV” puzzles. 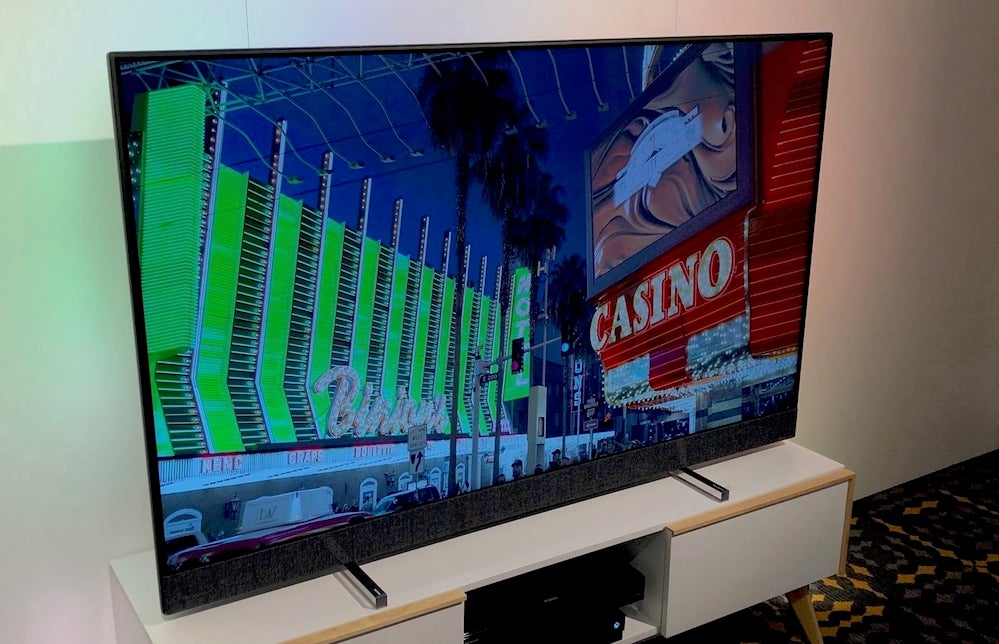 A 65PUS8804 at the Philips product unveiling event

For starters, the scale of the sound stage was huge. A demonstration clip from (inevitably!) The Greatest Showman on 4K Blu-ray revealed sound that powers forward into the room as a result of the front-facing drivers. And the sound stage radiated far beyond the screen left, right and even top edges.

This sense of height usually – although not always – helped dialogue appear to be coming from the on-screen action rather than the speaker bar. However, the addition of a height component to the sound also served the PUS8804s’ new Dolby Atmos sound feature.

Height channels are key to a convincing Dolby Atmos experience. So it was great to hear that despite not having any actual up-firing drivers, the PUS8804 seemed able to deliver not just a substantial sense of verticality, but even some left-to-right effects placement at the upper extremities of this sound wall.

Quite how Philips/B&W have achieved this from the available speakers is hard to fathom – but easy to love. 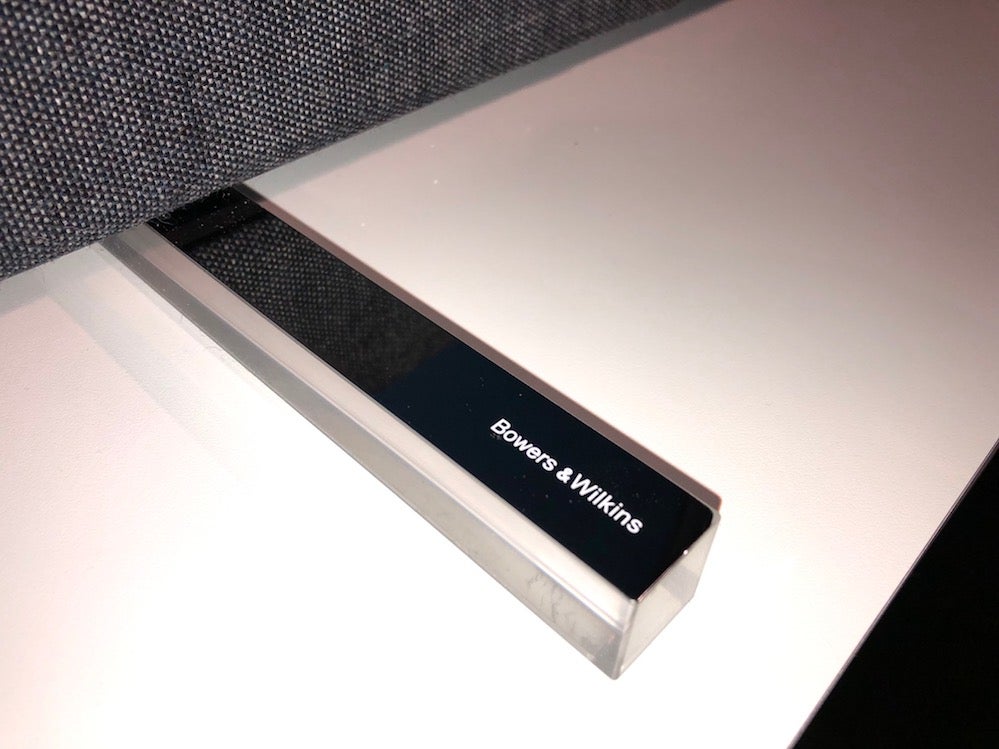 The action is underpinned by a good level of bass, which seems to tuck into the bottom of the mid-range without any bagginess or distortion. Detail levels are impressively high, meanwhile, revealing plenty of sensitivity to sit alongside that room-filling grunt. In addition, trebles reach high without becoming shrill or thin.

Philips/B&W were feeling confident enough about the 55PUS8804’s sound to also demo it playing CD music. This sounded at least as impressive as the Dolby Atmos The Greatest Showman workout.

The scale and presence of the stereo music playback was remarkable, as was its dynamic range. Trebles and vocals soared without sounding strained, and there was a pure and detailed direct tone that held good throughout the entire demo. All in all, there really was a sense of hi-fi about the 55PUS8804’s music performance.

Sadly, it wasn’t possible to get the same detailed demonstrations of a PUS8804’s picture quality at Philips’ product event. There were, however, multiple PUS8804s running in different corners of the Philips showcase. These enabled me to put together at least a few early picture quality thoughts. Although you should bear in mind, of course, that Philips will be tweaking the PUS8804’s pictures right up until the sets launch in a few months.

Let’s get the bad news out of the way first. There appeared to be some differences between the black levels and colours of the 55-inch and 65-inch PUS8804s, with the 65-inch looking slightly superior to the 55-inch – the black levels, in particular. 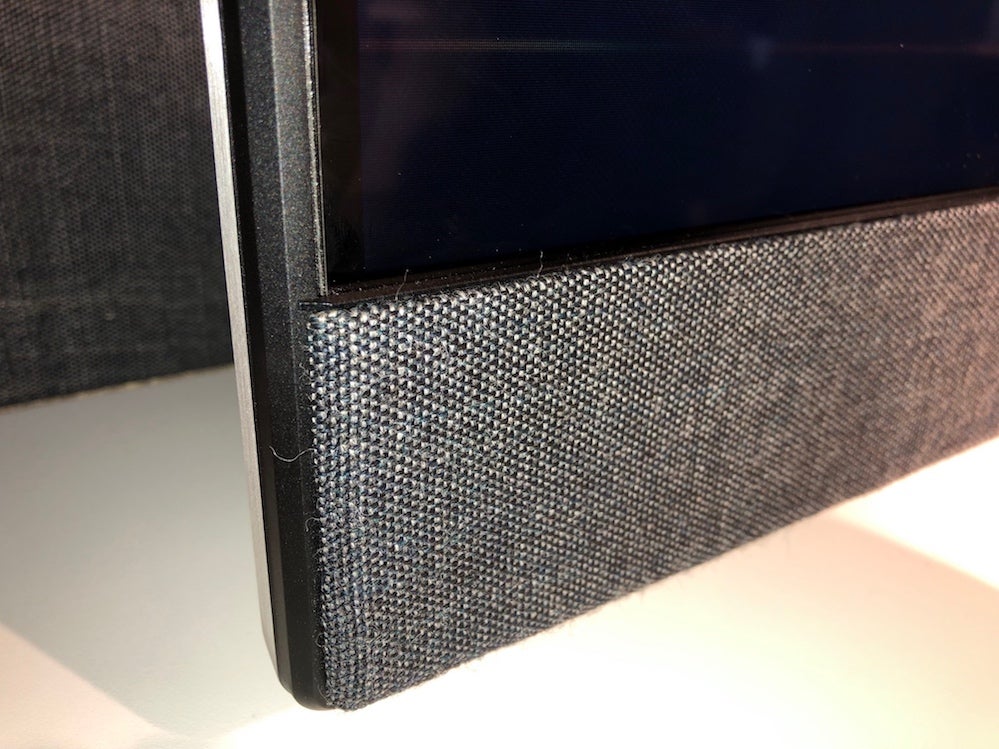 This is likely down to the 55PUS8804 apparently using an IPS-type LCD panel, while the 65-inch uses a VA panel. IPS panels trade black level for a wider viewing angle, while VA panels prioritise black level over viewing angles. As usual, I found myself warming more to the VA approach.

Otherwise, the pictures seemed broadly in line with those of the PUS7304 sets – which is a good thing, mostly.

For instance, detail levels appeared extremely high, even by 4K TV standards. This applied to both upscaled HD and native 4K content.

Colours looked bright and well defined, but also natural and nuanced, especially on the 65-inch model. Also, there was less colour clipping in the brightest parts of the picture than we saw on 2018 Philips LCD TVs.

Bright shots, meanwhile, enjoyed a strong sense of depth and three-dimensionality. And while I wouldn’t say contrast and brightness seemed flat-out amazing by today’s premium LCD TV standards – especially on the 55-inch  – the overall impact was still promising.

As with all new TVs shown at Philips’ recent Amsterdam product launch, the PUS8804s definitely made an impression. So rest assured that we’ll be doing our best to review one as soon as a unit becomes available.