Sherlock Holmes and Dr. Watson, Sam and Dean Winchester, Charlie Cruise and Dani Reese; life is made of great partnerships – and if The Stretch headphones are anything to go by, we should add Philips and O’Neill to that list. We won’t question the reasoning behind the unusual pairing of a consumer electronics manufacturer and a surfing brand, but we’re definitely open to enjoying the fruits of their labour.

The O’Neill influence shows through in the design; two colour options are available but while the white The Stretch earphones look nice enough, it’s the black and red paint job that has us won over. The combination of matt black earcups and a smoky-black, semi-clear headband is definitely an aesthetically successful one.


The plastic used in the design of The Stretch headphones is of particular note. It’s (memorably) called TR55LX and according to Philips it has around six times the surface hardness of polycarbonate and will keep its cool, so to speak, at temperatures as low as -25 degrees Celsius. The upshot is that you can treat The Stretch headphones with less respect that you might a delicate pair of Grado or Audio Technica cans and they’ll survive the punishment unscathed. 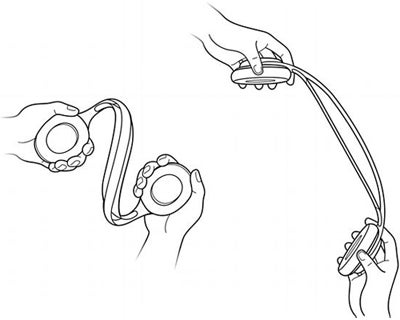 Also good is the ‘tangle-free’ fabric-covered cable, which works exactly as advertised. As well as stopping the wiring from becoming knotted up, this also offers it some projection. But even if it does snap, it’s not the end of the world, as the main length of the cable is separate from the headphones, connecting to a short stretch on the left earcup.


The faux-leather padded earcups nestle around your ears, rather than sitting on them. As a result The Stretch headphones can be worn for long periods of time without becoming the least bit uncomfortable. And unlike some headphones, your ears won’t begin to boil after a couple of hours. The stetchy headband – whence the headphones derive their name – does a good job of securing a good fit, no matter what size your head – it’s a delightfully elegant solution.

The Stretch headphones don’t sound half bad either. They produce as open a sound as can be expected from closed-back cans, creating a decent sense of space. Clarity is pretty commendable too; there’s a much flatter response than you might anticipate from headphones with packaging touting them as “tested on animals” – by which Philips means extreme sportsmen and women, not critters.

The bass is fairly restrained, though certainly not lacking, with enough force to provide a kick to music requiring it once a little volume is provided. The mid-range is nicely presented with vocals ringing out clearly and distinctly. The high end is probably the weakest point – although there’s a decent amount of detail in uncomplicated music, it tends to get muddied once you play anything more complex than a Frank Sinatra album.


Then again, if you are after quality audio production, there are plenty of better options – our pick of the litter being the Grado SR60 headphones. Where The Stetch headphones have the edge is in their rugged construction – you’d hardly want to sneeze near a pair of Grados, but Philips’ ‘phones can be treated much more roughly, giving them a definitely appeal to anyone wanting to do other things while listening to their music. 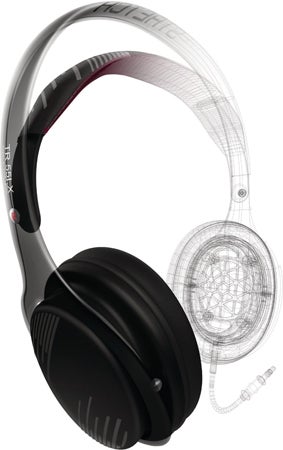 The ear-encasing fit of The Stretch headphones means they offer a reasonable amount of noise-isolation. Despite being closed back it’s not exactly in-ear level noise exclusion, but it’s enough that when you’re listening to music you won’t have it intruded upon. You can still have a conversation with the headphones on, but there’s not enough leakage that anyone sitting nearby will be disturbed at normal listening volumes.


Philips’ The Stretch headphones are great to look at, brilliantly comfortable to wear and cap it off by sounding pretty good too. While they’re more expensive than a number of better sounding headphones, their rugged construction will shrug off a lot more punishment, so if you know your headphones will need to take a bit of a beating it’s a trade-off worth making.