TVs and Blu-ray players with integrated smart functionality are hot property right now, but they’re expensive too. If you can’t afford to upgrade, then you could check out Philips’ latest range of HD media players, which provide a cheaper way of bringing internet-connected services into your living room. 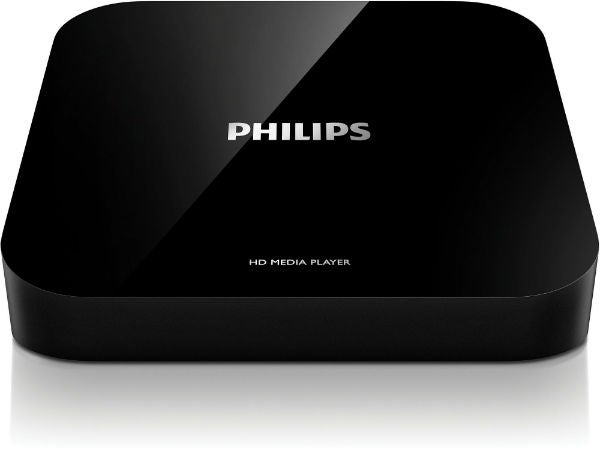 The HMP2000 is the entry level model in Philips’ four-strong range. For just £50, you get a discreet black box that sits next to your TV and streams internet content, including Netflix movies, using its built-in Wi-Fi connection. It even plays media from local storage devices, all of which is great news if your older HD TV lacks this sort of functionality. Further up the range Philips adds wider format support, extra web content and more connections, but this basic box is merely an introduction to the world of smart functionality.

The box itself is compact and bijou, measuring 90 x 50 x 100mm. It’ll sit snugly on top of a Blu-ray deck or TV receiver, taking up no more room than an IR extender. It’s styled in a sleek gloss black finish with a forward-sloping top panel, and while its bodywork is hardly luxurious, it’s solidly put together. A single LED is embedded into the front edge, indicating the power status.

On the rear panel is an HDMI output, joined by a USB 2.0 port on the side for connecting flash drives and viewing video and photo files on your TV. Installation is easy – plug it in, hook up your HDMI cable and away you go.

Once fired up, you can use the crisp onscreen displays to explore the available online content, which is undeniably limited. This is where the HMP2000 falls down as an alternative to true smart services – most disappointing is the lack of BBC iPlayer, a driving force behind the whole smart TV culture. 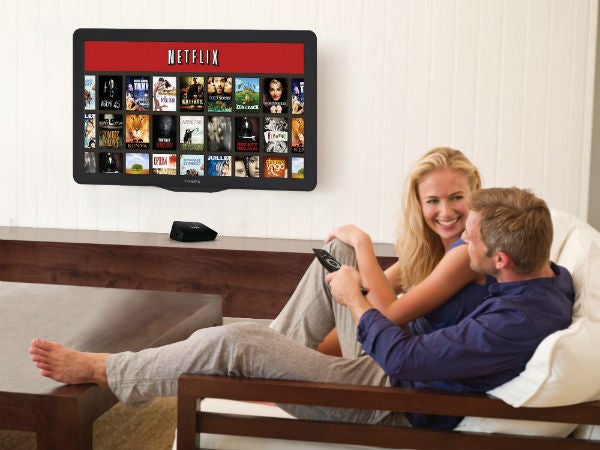 Philips is therefore billing the HMP2000 as a dedicated movie streaming box and at the heart of that is Netflix. Having only recently launched in the UK, its current movie offering is fairly disappointing (The Pacifier, anyone?) but there’s a decent array of TV shows on there and once more studios jump on board this could grow into an essential service. You’ll need a Netflix membership package with unlimited streaming (£5.99 a month). 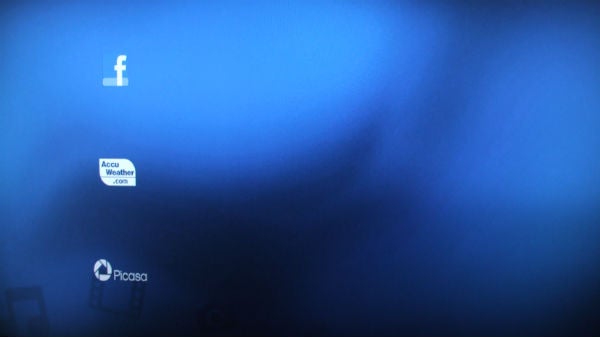 It’s joined by YouTube, Facebook, Picasa and AccuWeather.com, the latter adding a widget to the homepage giving the weather and temperature in your location.

The USB feature allows you to play video formats including MPEG-1/2, H.264, MKV, VC-1, WMV, as well as BMP, GIF, JPEG, PNG and TIFF photo formats. There’s no support for DivX though (a casualty of the lower price point) although it’s found on the step-up models. This device also plays music files, including MP3, WMA, WAV, AAC and (best of all) FLAC.

Great, but Philips missed an opportunity by omitting DLNA or uPnP network streaming from the feature list, which would have enhanced its credentials as an all-round media player.

The onscreen menus look terrific, boasting a clean, uncluttered layout. Hit the Home button on the remote and you’re presented with five options, each one denoted by a full colour icon that animates when highlighted. The options are Netflix, YouTube, USB, Internet Services and Setup. 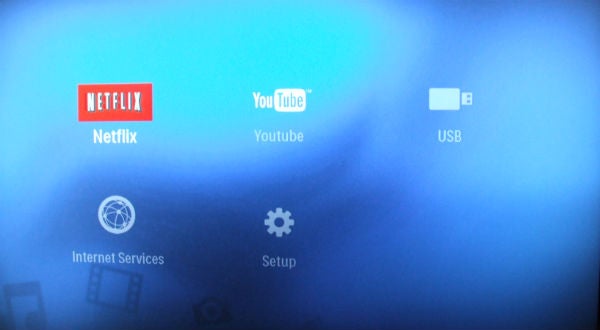 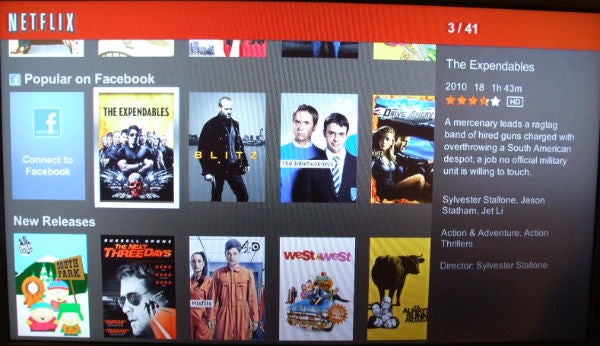 The Netflix interface looks great, with full-colour cover art for each movie on the left, broken down into their respective genres, and a synopsis on the right. Select one and it takes around ten seconds to load up. You can easily scan through movies during playback (using a thumbnail timeline) plus you can resume playing ones you started watching earlier. There’s a useful search tool, as well as options to rate movies and share titles you’ve watched on Facebook. 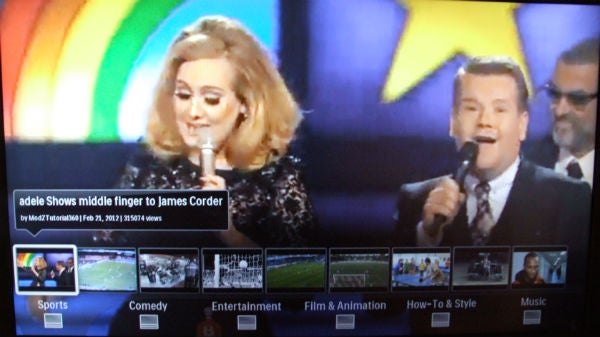 YouTube is also nicely laid out, using a stripped-down navigation bar at the bottom of the screen. You can search for a video using the virtual keyboard or browse recommended clips. Thumbnails of your choices appear in a row, allowing you to scroll through them. 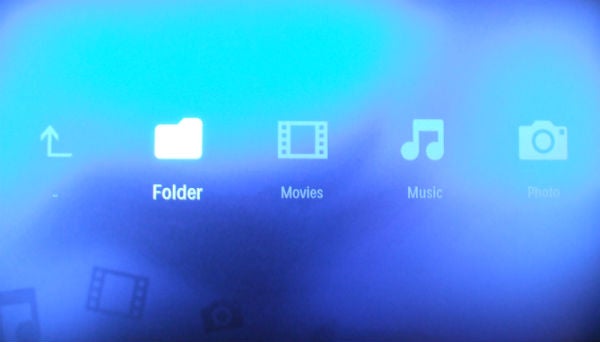 The rest of the internet services are located in the, er, Internet Services menu. The USB playback displays are easy to follow too, breaking down your content into Movies, Music and Photo. Content is displayed in a list on the left, with a useful preview screen on the right – below which are the file’s properties.

So it looks great then, but sadly day-to-day operation is a bit of a chore. There’s a general sluggishness about the software that makes it an arduous task simply getting from A to B, and button presses sometimes don’t register. This is particularly frustrating when entering text into the virtual keyboard on Netflix or YouTube. 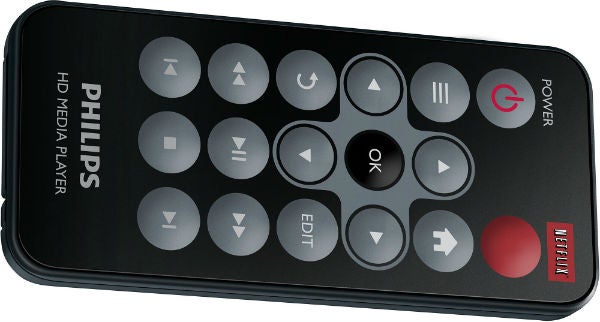 Most of the blame lies at the feet of the remote, which is one of those small, slim zappers with blister buttons, which anyone with hands larger than a child will struggle to operate comfortably. On the plus side, there’s a big red button that takes you straight to Netflix. 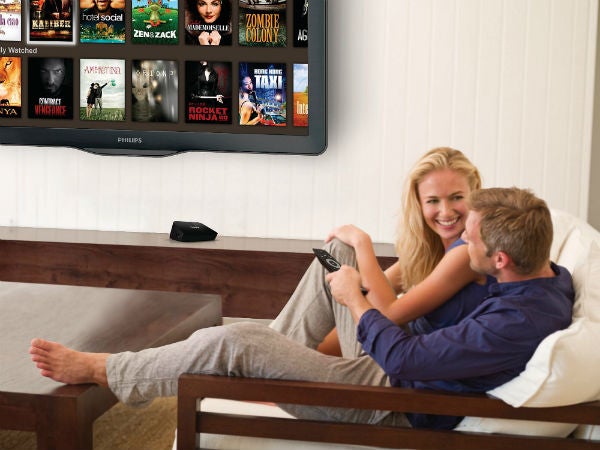 Although there are no new movies on Netflix, there’s a decent amount of older content to choose from and naturally we headed straight for Paul Blart: Mall Cop. For all the unit’s operational hesitancy, the viewing experience is a smooth one. The box streamed the movie in HD all the way through without a single drop out, which is what you expect but still worth mentioning. Picture quality is also impressive, offering a sharp, natural-looking picture that’s virtually free from artefacts, even when blown up on a 55in TV. The box deserves similar props for its smooth YouTube playback (although the quality varies dramatically).

We loaded up a USB flash drive packed with movies, music and photos and the HMP2000 handled most without grumbling. As expected it skipped over our DivX and XviD clips but displayed AVCHD, MKV, WMV and MPEG-1. However, one of our MKV clips was encoded with DTS audio, and because the HMP2000 can’t decode it the clip was silent (although it does support Dolby Digital). Something to watch out for. 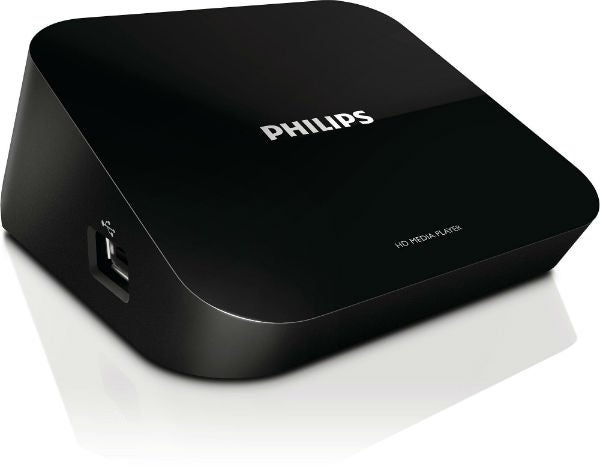 Verdict
If you fancy getting into Netflix and want a simple way of watching it on your living room TV then you might consider the HMP2000 money well spent, especially as its movie selection will get much better with time. YouTube and USB media playback are also welcome, particularly if these otherwise ubiquitous features are lacking from your existing AV gear.

But with such a limited range of other online content, anyone with greater connected ambitions should check out the step up models or maybe stick with their laptop. It’s also a shame that Philips couldn’t stretch to DivX and DTS support on this entry-level box.

A bigger problem however is the sluggish operation and clunky remote, which turns what should have been a slick user experience into an often frustrating one. A neat idea then at an alluring price, but we recommend checking out the competition before taking the plunge.