What is the Philips Health Watch?

Philips has unleashed a selection of health-measuring devices that all work with its HealthSuite app. The Philips Health Watch is a GPS-enabled smartwatch that also features a heart rate monitor for stand-alone tracking of sports such as running and cycling.

The Philips Health Watch can also track steps, sleep and be used to log food throughout the day.

This is all pulled into the Philips HealthSuite app, which allows users to set goals that can be targeted while using the watch to analyse progress along the way.

Unfortunately, this bog-standard feature set, alongside some serious shortcomings, make it difficult to recommend for its rather hefty £250 price tag. 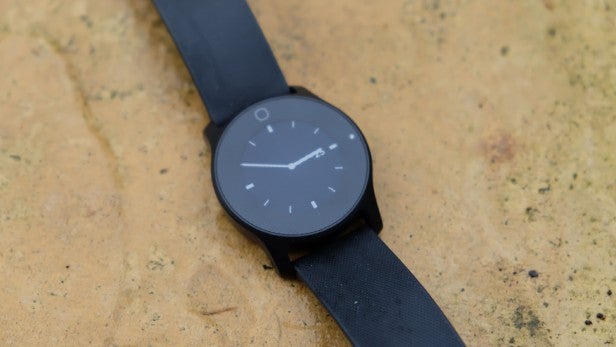 To look at the Philips Health Watch it appears rather plastic and simplistic. The clasp and wrist strap felt awkward and cheap for the price of the watch. It shares a lot of design cues with the Huawei Fit, which costs considerably less.

After wearing it for some time, however, I received numerous compliments on the design; many saying that it looked better than the Garmin and Fitbit alternatives. Perhaps that minimalism gives it an air of class that allows it to function as a day-to-day watch as well as a sports GPS tracker. 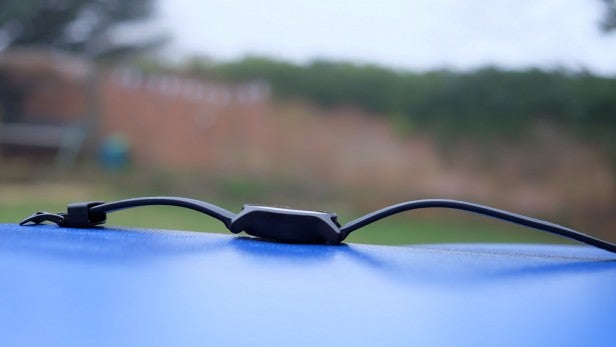 The watch certainly is small, which allows it to fit under a sleeve easily. It’s also light, so when running it doesn’t get in the way. However, the screen is a little on the small side and the control system – a touch-sensitive outer dial – is far too fiddly and isn’t responsive enough, especially when running. Menus are buried and navigating the watch takes some effort.

The GPS and heart rate monitors work well, providing similar feedback to the Garmin wearable I wore in conjunction and MapMyFitness on an Android phone. However, the app doesn’t show half as much data for analysis afterwards.

The Philips Health Watch is water-resistant to 1 ATM and will track metrics such as VO2 max estimates and heart-rate recovery times. It also tracks sleep, which is another area where that lightweight and minimal build are appreciated.

When it comes to tracking, the Philips Health Watch is a contender. It does what you’d want: heart rate tracking that’s accurate, despite being on the wrist, plus accurate GPS. Even GPS acquisition is fast, no matter your location. Impressive stuff.

In addition to all this, Philips has managed to make the watch last for a decent amount of time on a single charge. I trained daily and tracked sleep at night and still managed to get a good week out of the device. This is true when cycling and running too, which are included as training options on the Health Watch, along with walking. 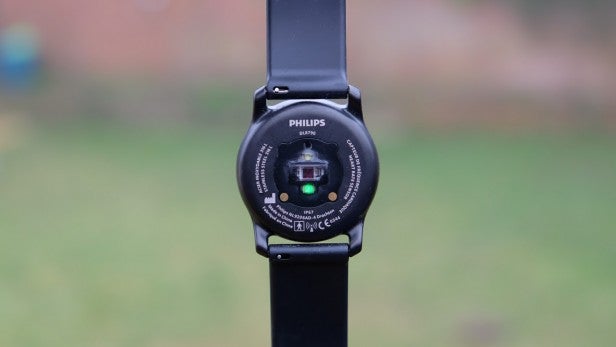 The problem is that such excellent battery life is in part thanks to a pretty tough-to-see display, and also that touch-ring control system – which is an effort at best and an annoyance if I’m being blunt.

The issues don’t stop at the watch, though; the app is pretty limited, too. While the watch offers metrics that could help even a seasoned runner analyse data in order to push their limits, the Philips HealthSuite app doesn’t.

If you want to check a run or analyse your VO2 max estimate on elevation, for example, you’ll be stuck. Your best bet will be to get the GPX file off the device and output it to another app to analyse it there – which isn’t ideal. 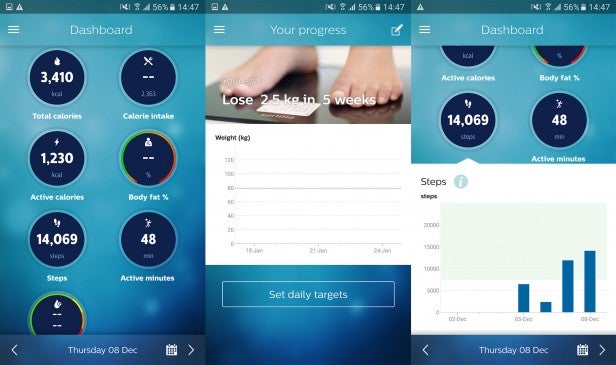 The sleep tracking, although decent in terms of accuracy, requires you to not only turn it on at night but to remember to turn it off in the morning – something I rarely managed to think about on waking up. Most fitness trackers today will fully automate this process.

In effect, this renders the data pretty useless if you remember to turn it off only after walking about for half an hour after waking. Not that it really matters, since feedback on the app is limited to sleep time – an efficiency percentage that doesn’t mean much – and sleep stages, which rarely works. 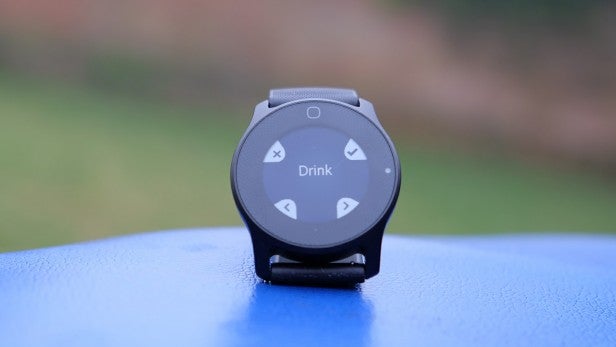 All that data is shown in an ugly list that can only be grouped by day. Since the app isn’t as responsive as it could be, you’ll be tapping away to find the calendar and a particular day. Only to realise that the data screen resets to the current day, which means that you won’t be able to analyse past training. It makes for a frustrating user experience.

Should I buy the Philips Health Watch? 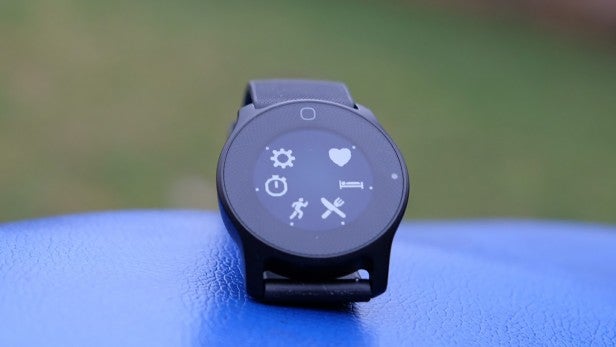 If GPS and heart rate analysis while running are what you’re after, in the form of a lightweight wearable, then the Philips Health Watch could work for you. Or, if you’re after a step tracker, the device works pretty well.

But if this is all you’re looking for, you’re paying seriously over the odds. A fitness tracker like the Garmin Vivosmart HR Plus checks all these boxes without costing as much.

Then if you want to analyse your data, enjoy easy controls, see your metrics clearly, or adapt the watch with a bespoke setup, there are even more reasons to opt for something else.

With plenty of alternatives now offering far more for even less money it’s hard to see why this watch would be appealing – except, perhaps, for ease if you already use the Philips Connected Body Analysis Scale and blood pressure monitor.

The Philips Health Watch is an accurate, if poorly designed, watch let down by a terrible app.