What are the Philips Fidelio NC1?

The Philips Fidelio NC1 are noise-cancelling headphones that are part of Philips’s premium headphone range. They’re for people willing to pay a bit more for great sound, but who also want some style.

They’re top performers in most design respects. The look, comfort and portability are all good, and the noise cancelling is optional, unlike the rival Bose QC25.

However, with stronger noise cancellation available elsewhere and sound whose treble is a little soft, there’s room for improvement in the £180 Fidelio NC1. 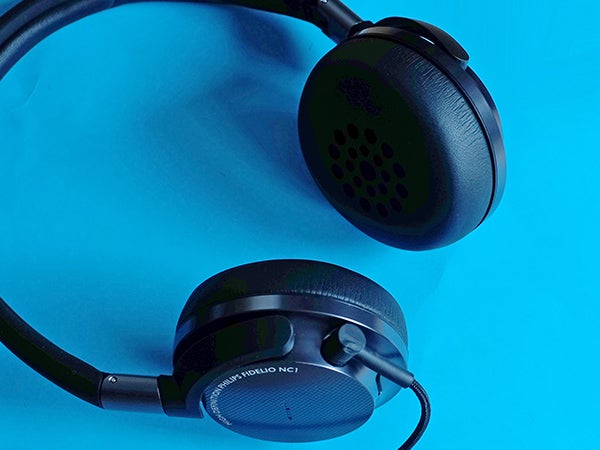 On-ear headphones are perhaps the most popular type at present, but they’re the hardest to get right. The look is harder to ace than a smaller pair of in-ears and they have the most potential to cause ear ache. However, the Philips Fidelio NC1 breeze through these challenges.

They don’t look identical to their brothers the Fidelio M1, but are roughly the same size and shape – just about right in our book. Large enough to cover your ears on cold mornings, but not so big that they look silly, they’re a great partner on commutes and other journeys. And for a noise-cancelling pair, that’s very good news. 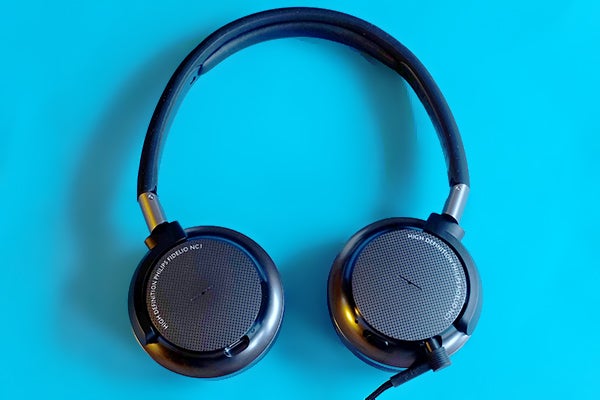 As we’ve come to expect from Fidelio headphones, build quality is very good. The ear cups are finished with curvy one-piece aluminium caps that are actually lower-key than most of the Fidelio pairs. They have a very light cross-hatch design, but none of the diamond contouring that might make the Fidelio M1 polarise opinion.

The rest of the Philips Fidelio NC1 is made of plastic or aluminium, while the headband has an unusual soft-touch rubbery coating. The Beats Solo 2 headphones use this one the inside of the headband for bonus friction, but here it’s just on the outside for the look and feel. 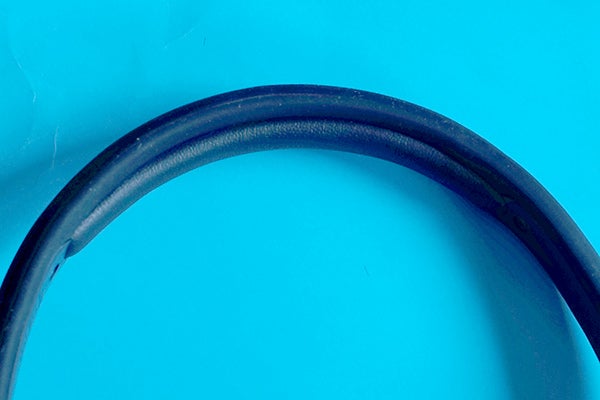 Comfort seems to be more of a concern for the Philips Fidelio NC1, and they’re very comfy for an on-ear pair. They’re fairly light, especially given they have an internal battery to power the noise cancellation, have effectively auto-fit pads and use great memory foam ear padding. This initially feels like its sitting inert on top of your ears, a bit hard, but then slowly sinks into the shape of your earlobes, more subtly than bog-standard soft foam.

The headband grip isn’t too firm either. As such they don’t hug your head quite tightly enough for vigorous exercise, but then we were perfectly happy wearing them for four hours at a time. The Philips Fidelio NC1 are more general-purpose than workout gear. 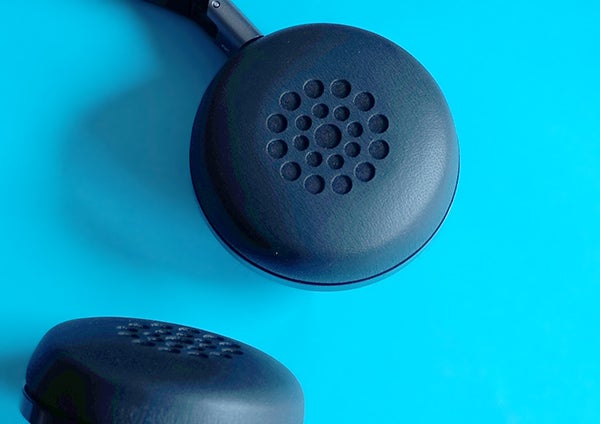 This fit style suits the main function of the Philips Fidelio NC1 down to the ground. They are noise cancelling headphones, generally (in our experience) used by commuters and frequent travellers looking to block out the sound of the city or jet plane.

The specificity of these situations is important, too. Noise cancelling headphones excel at getting rid of the drones of engine noise and air conditioning units far better than even the best earphones that plug up your ears with a physical barrier.

It’s this sort of noise that often causes people to ramp up the volume on their player. That’s not good for battery life, or your ears. 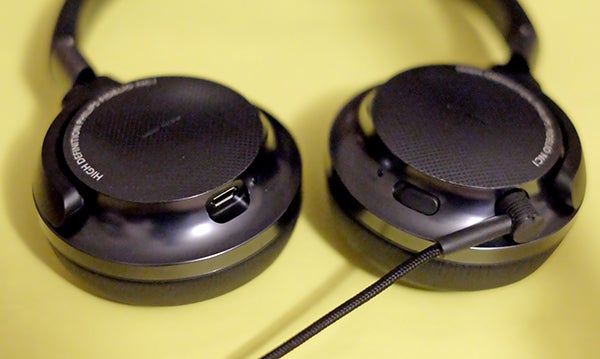 For those not used to the workings of these kinds of headphones, the Philips Fidelio NC1 use a microphone on the back of each ear cup that monitors ambient noise. The noise-cancellation circuitry inside then cancels out this noise by piping through an inverse waveform of it into your ears – finessed using a second pair of microphones inside the ear cups in this case.

This means that while there will actually be a fair amount of sound pressure in the NC1 cups before you turn the music on, you won’t have to crank the volume up when you do to hear music properly.

However, the effectiveness of the cancellation is not Bose-grade. Bose makes the most effective active noise-cancellation headphones we’ve tried, but here the Philips Fidelio NC1 appear to partly rely on old-fashioned isolation, using the pads as a physical barrier. 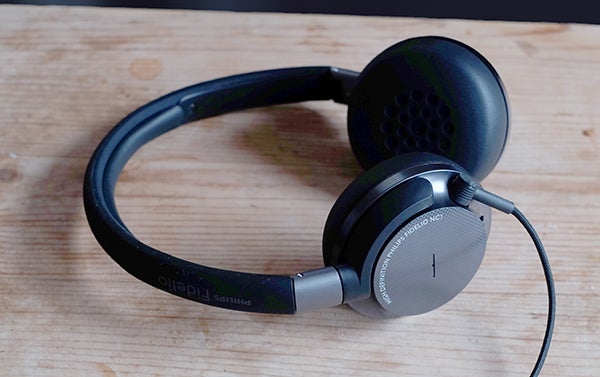 The end result combo of isolation and cancellation is fine in practical terms if you’re on the train, but you don’t get the eerie silence effect when not listening to anything. If you just want to block out drones in the office half the time, we’d recommend a Bose pair over these. In certain situations the cancellation flat-out fails, too, ending up creating its own distrating mid-range hiss rather than getting rid of noise.

They’re pretty easy to live with, though. The battery is an integrated lithium unit charged using an exposed Micro USB port on the bottom of the right ear cup. There are no AAA batteries to worry about.

With 30 hours ANC use from a charge, you should easily be able to get through a week before recharging, and Android users can use their phone charger when they do thanks to the use of a Micro USB socket. We did find that, like most ANC headphones, it’s pretty easy to leave them on accidentally, though. There’s a manual switch on the left ear cup with no auto-off function, although there is also a little LED that shows when the function is switched on. They continue to work without ANC engaged anyway.

The Philips Fidelio NC1 fold up for portability, and a plain black semi-hard case is included. Other accessories include a two-prong airplane adapter and a Micro USB cable. You’ll need to supply your own power source, though: perhaps a laptop or (as mentioned earlier) a phone adapter. 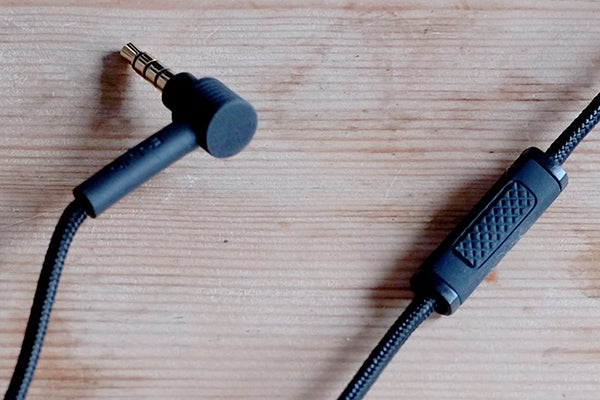 While the Philips Fidelio NC1 don’t offer jaw-dropping noise cancellation, they do get you that extra injection of peace on trains and planes while using them. They also have a fairly easy-going sound.

It’s warm and smooth, the headphone equivalent of a chocolate truffle. However, as with so many noise cancelling headphones, there are some sound issues we have to raise at the price.

The mid-range doesn’t offer particularly strong detailing, and when matched with just OK soundstage width, the sense of separation just isn’t all that great when compared to the best £100-£150 headphones. 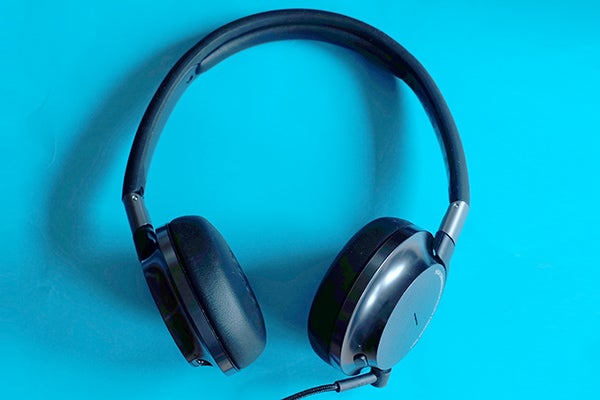 The Philips Fidelio NC1 also lack high-frequency treble bite, which can at times make vocals fail to stand out in the way they should. While we wouldn’t go as far as to say they sound murky, they do lack some of the clarity of the other Philips Fidelio models.

Side-by-side with the Beats Solo 2, we have to say that the Beats offer greater coherence and sense of scale. We are only talking about the latest version of the Beats Solos here – the older versions were much worse. 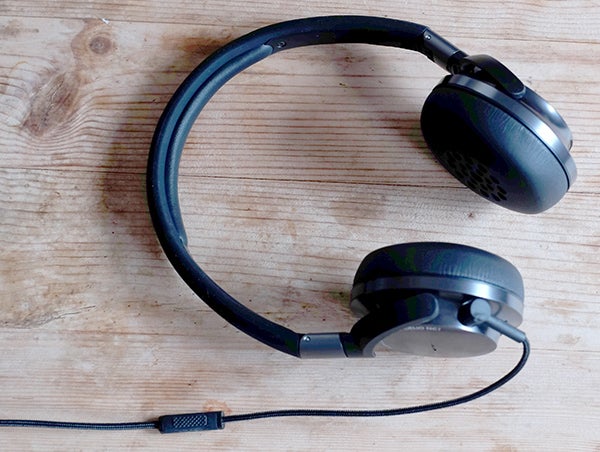 Bass is less aggressive than the Beats headphones, though, giving you a tone that’s similar to the mids – rich and smooth. They come across as fairly well-balanced. The character of the low-end does alter a bit depending on whether ANC is on or off, though. It loses a bit of power when cancellation is switched on, which some may find a bit disappointing. Bass doesn’t drain away altogether, but does lose a little power.

Getting the sound to stay the same with and without cancellation is virtually impossible, though. It revolves around creating its own sound waves, pumped through the same speakers as the music you’re listening to, so it will always have some effect.

Should I buy the Philips Fidelio NC1?

The Philips Fidelio NC1 are easy-to-use, comfortable on-ear headphones with active noise cancellation. They’re a good match for those looking for commuter headphones that take the din out of city life a bit.

However, they’re solid rather than spectacular in areas other than design and comfort. The noise cancellation doesn’t match Bose’s best and the sound, while smooth and enjoyable, doesn’t offer the fidelity and precision of “normal” headphones of the price (or lower), including some of the other Fidelio pairs.

Still, they’re a good deal cheaper than Bose’s current-generation QC25, and are a solid option if you spend a good deal of time in trains and planes.

These comfortable headphones are great for noisy commutes, although the sound lacks a little bite.