The Philips E-Line 273e3 enters the monitor scene with no great claims. It’s not the slimmest monitor in town, not the cheapest and – at 27in – it’s not so large as to command a ridiculous premium. Everyday features don’t make a monitor an instant also-ran though.


The 27in Philips E-Line 273e3 is not the most style-focused of monitors. It has an unadventurous grey bezel, with a bottom stripe of faux brushed metal running across most of the bottom end of the monitor’s front. Next to the much more aggressive stylings of Samsung’s TV-like monitors, it looks a little conservative. Not unattractive as such, but it won’t command the stage of your home office desk. 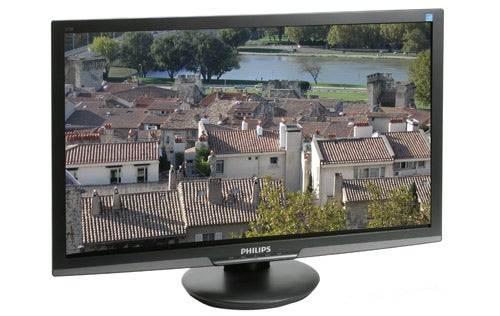 On the front lip, there are five touch-sensitive buttons, dealing with navigation through the monitor’s on-screen menu and the power toggle. Yet more evidence of the monitor’s function-over-style approach, the icons for each – two a piece apart from the power button – are displayed clearly on the Philips 273e3’s front. A neat concession to the ergonomics of this touch-sensitive interface is the curve at the bottom of this lip, designed to cup your finger as you press.


The first real disappointment of the monitor’s design is its lack of height adjustment. As standard, the screen’s bottom sits around 7cm from the surface the 273e3 rests upon, which may feel very low for those used to being able to bump their monitors up above other detritus on their desks. It may also be bad for your neck and overall posture if it’s too low. There is some tilt customisation available, five degrees forward and 20 back, but the lack of height adjustment may make this display unsuitable for some home setups.

This is a 1080p (1980×1080) pixel display, the minimum resolution you’d want to use at this level of screen real estate. Philips’s SmartContrast engine claims to boost the monitor’s contrast ratio up to 500,000:1, but as with any processing of this type, it’s much less telling than the bog-standard 1,000:1 – but perfectly respectable – contrast.


There are none of the immersion-boosting ambilight frills you’ll find on Philips’s high-end televisions here, but other than the lack of adjustability the only other significant disappointment in the 273E3’s design is the lack of an HDMI port. Keeping to the basics, there are DVI and VGA ports but nothing else. There are no speakers on the monitor’s front either. By the standards of its price point, the Philips is bare-bones – most rivals offer HDMI connectivity at the least.

The Philips 273E3 uses a matte-finish TN, or twisted nematic, panel. This type of panel is used in almost all cheap LCD monitors, and tends to offer a fast response time but fairly poor performance in other respects. The characteristic slight washed-out look to colours is here – PVA panels like the BenQ VW2420H tend to offer much more vivid colour reproduction, but also command a premium. IPS panel monitors offer better performance across the board, but for a 27in model, you’ll have to pay at least £450.


It doesn’t, however, fall down in other areas TN panels commonly do. In particular, horizontal viewing angles are superb, with minimal contrast and colour shift even when viewed at extreme angles that would be useless to apply in real-life usage anyway. Vertical viewing angles aren’t so impressive, with significant contrast shift when the screen’s viewed from below – but even then performance is impressive for an entry-level 27in monitor like this. 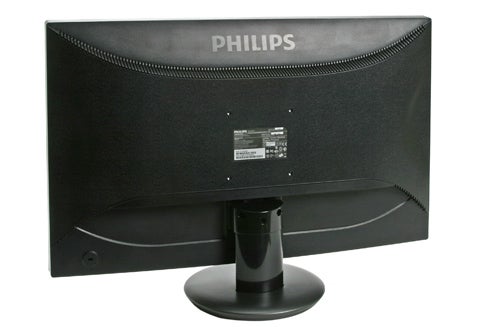 The CCFL backlight gives this monitor dazzling maximum brightness – although following our optimisations for everyday usage, we never went far above the half-way mark. The Philips 273E3 offers very good energy consumption levels. Philips claims it runs at 25.4w in its official specs, and according to our tests it wasn’t too far off, sticking around the 29.5w mark in operation. The admittedly better-equipped ViewSonic VX2739WM is quoted as having 58 watt power consumption. In use, this is one eco-friendly monitor. 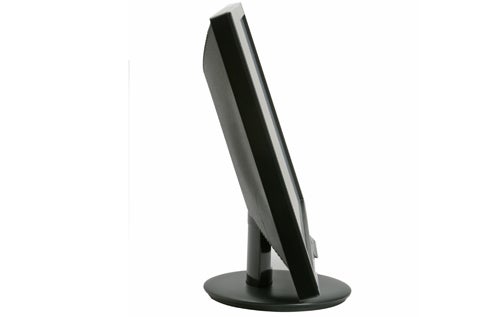 In-sync with the sober looks of the Philips 273E3, the monitor’s menu system isn’t littered with options, presets and enhancement features. You have control over the brightness and contrast, and over whether SmartContrast is used or not. We recommend not using SmartContrast, as it tends to produce uncomfortable, retina-scorching whites and distortion around some text. Like most contrast-boosting schemes, its place is more in high-street show rooms and on a product’s marketing bullet points rather than in our homes.


You can set the colour temperature, either 6500k or the blue-tinged 9300k, or set your own colour preference by controlling the level of red, green and blue on-show. A standard sRGB mode is also included. 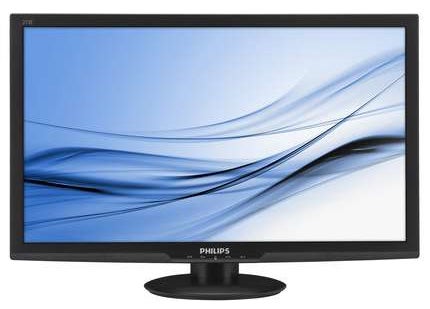 With a response time of 5ms, the Philips 273E3 isn’t the fastest TN panel in town, but in our ghosting tests we didn’t see anything to worry non-hardcore gamers. If you’re an FPS fanatic looking for a performance monitor, you’ll have to spend more than this to get what you’re after anyway.


With an MSRP of £250 and retail prices likely to be lower within weeks of coming onto the market, the Philips 273E3 offers decent, if not spectacular, value. The Iiyama Pro Lite E2710HDS-B1 sells for slightly more and offers an HDMI output and built-in speakers, while the pricier ViewSonic VX2739WM also has an HDMI port. Still, these are extras we’d gladly give up for good, reliable image quality – which is what you get here.


The Philips 273E3 doesn’t wow with its specs or design, but a super-bright panel with unusually good viewing angles make it one of the better 27in TN LCD monitors available.