Getting your home ready for the digital switchover isn’t quite the scary, expensive project that many people assume. If you own an analogue TV, for instance, you don’t necessarily need to fork out hundreds of pounds to replace it with a brand new flat-panel set (though it’s always nice). And although the benefits of Freeview PVRs and HDD/DVD recorders are well documented, they’re not essential to the Freeview experience – you can quite easily hang on to your trusty old VCR if you want to. All you need to do is pick up a cheap, easy to use Freeview receiver, hook it up to your existing system and you’re good to go.

But despite their low price you can’t just throw any old receiver into your shopping trolley – it’s worth taking your time to find one that has all the right features for your needs. More often than not, that means choosing one from a well-known brand, and they don’t get more well-known than Philips.


The DTR220/05 is one of two Freeview receivers in the company’s current range and at just 200 x 33 x 95mm, it’s one of the most compact models we’ve ever encountered. It’s an all-black affair, with absolutely no buttons or other distinguishing features on the front, which isn’t great for up-close control but it should go down well among those who like their kit to be discreet and minimal. It’s also incredibly light, and if we’re being honest it feels rather plasticky, which is slightly surprising given Philips’ usual high build quality.

The back panel boasts few surprises, with the bread and butter sockets like RF input/output and twin SCART outputs joined by the less common sight of a coaxial digital audio output for piping stereo sound to your amp digitally. If Dolby Digital broadcasts ever come to the Freeview platform then the unit will also be able to send the raw bitstream to your receiver (a la Sky+). It doesn’t feature an RF modulator, which means you can’t watch digital TV pictures through your TV’s RF input, but this will only bother those TVs from the dark ages.

The inclusion of two SCARTs makes it possible to link to unit to a TV and video recorder simultaneously, giving you a choice of RGB, S-video (Y/C) and composite (CVBS) from the ‘TV’ SCART, and S-video or composite from the ‘VCR’ SCART, all of which is selectable from the main setup menu. Getting S-video from the ‘VCR’ SCART is surprisingly unusual and allows you make recordings in slightly better quality than composite (though you can always switch the cables round if you want to record in RGB).


There’s a 7-day onscreen Electronic Programme Guide, which is fairly cluttered but still easy to get the hang of. At the top of the screen is a channel timeline (showing only five channels at a time) with details of the highlighted programme listed below in a large yellow box that makes it easy to read. At the bottom, it lists the options that correspond with the coloured keys on the remote, enabling you to skip forward/back 24 hours or jump back to the current time. If you want to narrow your search, hit EPG again and the layout switches to a list of all the programmes on a selected channel. 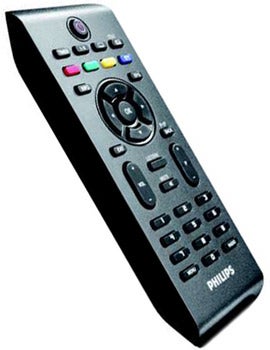 Alternatively, you can view programme details while watching TV by hitting Info on the remote. This superimposes a banner on top of the TV picture, which is legible and quick to respond but it’s a shame that you can’t search the entire range of channels using this method – it’s limited to ‘now and next’ info.


Otherwise, the DTR220 does everything you’d expect from a Freeview receiver. It’s compatible with MHEG services and digital text and provides a timer feature that cranks up the power at the start of a scheduled programme and triggers the ‘slave mode’ of any recorder connected via the SCART output. Also on board is a Pulse Killer Chip, which isn’t the name of Tarantino’s latest ”Grindhouse” flick but a feature that snuffs out electrical interference to prevent picture break-up, freezing or other nasties, resulting in smoother and more stable digital TV reception in problematic areas. And when new channels are added to the Freeview roster, the unit automatically finds them when it’s in standby and adds them to the list.

Another admirable quality is the user-friendly onscreen design, which makes it appealing to first timers as well as hardened digital TV viewers. When you first boot it up, the First Time Installation mode lets you select your country, screen format and TV SCART output options, before launching you head first into the auto channel tuning mode – the entire process takes less than five minutes.


In use, the stumpy remote does its best to keep up the good work, but its swarm of fiddly, homogenous buttons makes it a bit of a let down. The unit makes up for it by responding instantly to remote commands and providing quick, slick digital text access.

There are no complaints about the unit’s picture quality. Set to RGB, the SCART socket delivers well-defined, richly saturated digital TV pictures that look great on a 32in LCD screen. The set of Channel 4’s ”Richard & Judy” might look like an explosion in a paint factory, but it’s the perfect way to show off the Philips’ effortless handling of bright colours, doing a great job of bringing out the vividness of Judy’s pink jacket while making skin tones look utterly realistic.


What’s more, the detail level is high, edges are bleed-free and block noise never oversteps the mark. And with such a sensitive tuner on board, we never had any trouble with the signal dropping out or freezing, even during the sort of nasty weather that has been known to affect below-par Freeview receivers in the past.


Sound quality is clear and audible though SCART and the digital audio outputs, but without any Dolby Digital broadcasts available we didn’t get to hear all of the unit’s sonic capabilities.


It’s not the most robustly built Freeview receiver around and a few more sockets wouldn’t have gone amiss, but it does all the basics brilliantly, with slick digital TV functionality and top-notch picture quality. It also throws some useful features into the mix, such as automatic channel updating, S-video from both SCARTs and the Pulse Killer Chip, all of which makes this a great-value entrée into the world of digital TV.