If you want definitive proof of the extent to which LCD technology is now muscling in on the big-screen patch traditionally ‘owned’ by plasma, then just consider the fact that here we are today gawping at our second 52in LCD TV in successive reviews.


What’s more, as with Toshiba’s 52Z3030D, the Philips 52PFL9632D is a seriously high-end affair. In fact, if there’s a TV out there with more features, we ain’t seen it. And that’s saying something in these days where brands are starting to throw everything but the kitchen sink at their TVs in a bid to make them stand out from what’s become an almost suicidally competitive marketplace.


These features kick-off in suitably showboating style with the 52PFL9632D’s design, which stands out from the flat TV crowd thanks to a rather fancy trick called Ambilight. 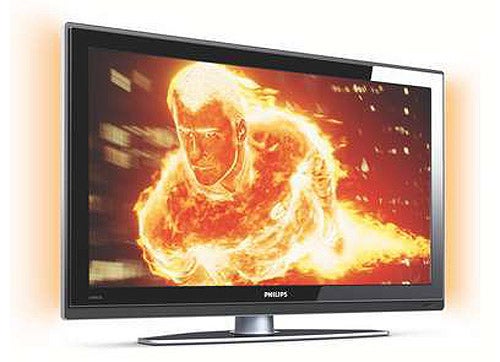 Regular readers will be familiar with Ambilight, but for those of you that haven’t come across it before, it’s a technology whereby the TV emits pools of coloured light from its sides that can be sympathetic with the content of the image being shown.


There are various levels of Ambilight sophistication within Philips’ current range, with the one on the 52PFL9632D being a ‘stereo’ system whereby the Ambilight system can output different colours from each side if a picture demands it. For instance, if a picture is predominantly blue on the left and red on the right, the screen will emit blue light from its left side and red from its right.


If this sounds gimmicky to you, all we can say is that you really owe it to yourself to see the system in action before discounting it. For our experience is that once you’ve got past the sheer shock value of seeing your TV ‘glowing’, the effect is strangely soothing during long term viewing, as well as making the viewing experience slightly more immersive. Plus, of course, it’s a heck of a talking point when guests come round.

Before we move on, it’s also worth pointing out that the 52PFL9632D’s Ambilight system improves over past generations of the technology by using an LED light source, leading to a greater possible colour range and richer saturations.


Needless to say, the combination of Ambilight with the set’s jet-black, high-gloss bezel ensures that the 52PFL9632D cuts quite a dash in your living room.


The already-established ‘premium’ feel is further enhanced by the TV’s connectivity, which includes three v1.3 HDMI inputs, a component video input, a dedicated PC input, and a USB input via which you can play JPEG, MP3, .alb (slideshow) and MPEG1/2 files. The ability to play anything other than straight JPEGs from a USB source is still a rarity in the TV world.

Turning next to the TV’s specification, as well as a full HD resolution and a pleasingly high claimed contrast ratio of 8,000:1, the 52PFL9632D also carries Philips’ Perfect Pixel HD image processing engine.


This rather boastful title describes a complex mix of different processing elements that take Philips’ previous Pixel Plus 3 HD image processing as a starting point but then throws in loads of new stuff for good measure.


The Pixel Plus 3 HD bit, if you’re not familiar with that technology, has displayed an uncanny knack for adding phenomenal amounts of extra sharpness and resolution to pictures, while also keeping noise levels down to an absolute minimum. 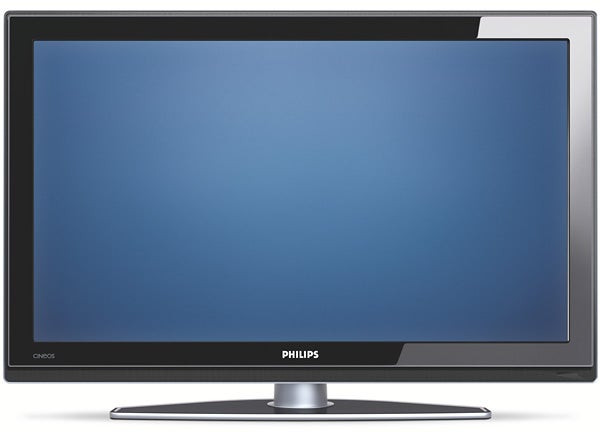 As for the new elements introduced by the Perfect Pixel HD engine, first up there’s HD Natural Motion, a much more highly powered version of Philips’ previous Digital Natural Motion system for reducing blur, judder and flicker from the presentation of moving objects.


Also on hand to improve motion is 100Hz processing, which doubles the normal 50Hz PAL refresh rate in a bid to reduce the LCD ‘step and hold’ effect that causes motion blur.


Then there’s a new 14-bit colour processor, which claims to significantly boost the amount of colours the 52PFL9632D can produce versus last year’s Philips LCDs, while a special 48Hz playback mode is on hand for purer playback of the 1080p/24Hz feeds now available from most Blu-ray players. 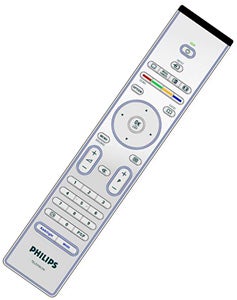 With so much heavy-duty picture processing going on, there’s always the chance that the picture will become bogged down by all sorts of unwanted processing side effects. And if it does, those side effects will likely be frighteningly clear given the 52PFL9632D’s prodigious screen size.


However, far from exposing flaws in the Perfect Pixel HD Engine, the 52PFL9632D’s screen size actually reinforces emphatically just how good the image processing is.


For starters, during a run-through of ”Pirates of the Caribbean” on Blu-ray, we couldn’t think of any other similarly-sized flat TV that’s able to deliver so much pure sharpness and detail. All the image minutiae that make ”Pirates…” such a stand-out Blu-ray is perfectly reproduced. In fact, the detailing in evidence is so profound that you almost start to think you’re looking at a picture somehow higher in resolution than even the TV’s native 1,920 x 1,080 pixel count.

Another substantial string to the 52PFL9632D’s bow is its colour response. The scene on the island in ”Pirates…” where Elizabeth sets fire to all the rum enjoys sumptuously rich, vibrant tones, together with some finely graded blends in the blues of the sky. But also, just as importantly, colour tones look natural during dark scenes like those on the night the Black Pearl attacks the fort.


The Perfect Pixel HD Engine’s prowess is evident, too, in the 52PFL9632D’s highly impressive handling of motion. The frantic action of the sword fight in Barbossa’s cave takes place with practically no judder or blur – a really refreshing change versus most LCDs we see.


The processing used to achieve this motion clarity does have one little side effect in the form of a shimmering halo around some moving objects. But this ultimately feels like a small price to pay for the benefits the processing brings. 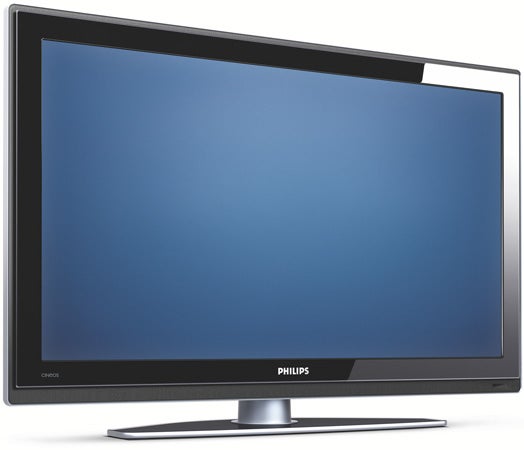 The last big strength of the 52PFL9632D concerns its black level response. While not reaching quite the same black level depths as the best plasmas, the TV certainly goes deeper than the vast majority of LCD models. What’s more, it achieves its best black levels without compromising brightness levels to the same degree many LCD TVs do when their dynamic backlight systems kick in.


With some likeably clear, well-rounded and punchy audio to complete the 52PFL9632D’s truly outstanding AV efforts, the only significant ‘negative’ we can raise against it is that the sophistication and flexibility of its myriad features means you do need to be a little careful in how you set the TV up. For instance, leaving some of the noise reduction or Natural Motion options set wrongly for a particular type of source – sports footage, for instance – can severely damage the picture quality.


Even here, though, the 52PFL9632D has got your back. For if you’re a bit scared by the thought of tinkering with all the 52PFL9632D’s features on a fairly regular basis, you can activate a rather clever Active Control function which can adjust most facets of the picture automatically, based on an analysis of the incoming source. Sweet.


The bigger Philips’ PFL9632D TVs get, the more we like them. So given that the 52PFL9632D is the largest set in the range, you don’t have to be a rocket scientist to figure out that we like it a lot. A very lot. Try one for yourself and see if you don’t agree.