A few weeks back I found myself rather taken with Philips’ 32PFL9603D: the first TV from the Dutch brand to use the very latest and much-tweaked version of its Perfect Pixel Engine picture processing technology.


But while this TV was clearly outstanding, its 32in screen size left me with a slightly nagging sense that I hadn’t been able to see absolutely every last element of what the new Perfect Pixel Engine was bringing to the table.


So I’m particularly intrigued today to be faced with the 32PFL9603D’s bigger brother: the 42PFL9603D. Hopefully this 42in model will provide even more evidence of the Perfect Pixel Engine’s prowess rather than uncovering any new nasties I couldn’t spot on the smaller screen. 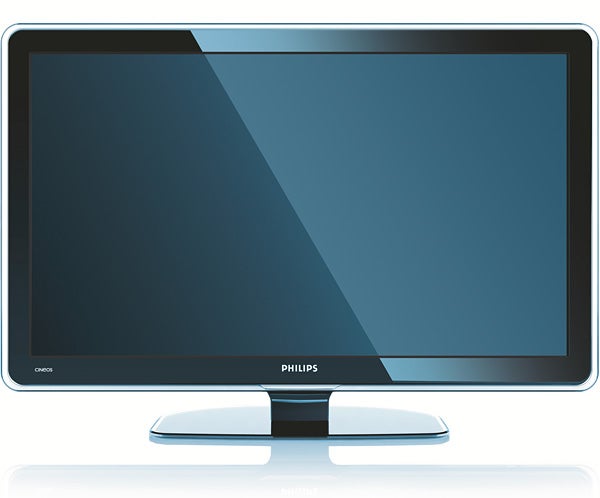 One thing I can say right away is that the stunning new design Philips has introduced for its latest high-level models looks even better wrapped around a 42in screen than it did around the 32in one. The glinting gloss black of the slender bezel together with the unique transparent shroud curving forward around it and a ‘stereo’ version of Philips’ Ambilight 2 technology conspire to make the 42PFL9603D one of the most gorgeous TVs ever to cross our test benches.


The 42PFL9603D’s connectivity, meanwhile, is nearly as easy on the eye as its design. Particularly handy is the presence of four v1.3 HDMI sockets that can all hande the much-talked-about-but-still-seldom-seen Deep Color picture format. But there are also welcome nods to today’s increasingly multimedia times in the shape of a DLNA-certified Ethernet port via which you can attach the TV to a PC network for multimedia file streaming, along with a USB port through which you can play MP3, .alb slideshow, MPEG video and JPEG file types.

As you’d expect, the 42PFL9603D’s list of features is every bit as intimidatingly long as that of the 32PFL9603D. In fact it’s even longer, as it adds 100Hz to all the other image processing elements incorporated under the Perfect Pixel umbrella name. The idea behind 100Hz on an LCD TV, in case you’re not aware of it, is that doubling the normal 50Hz PAL refresh rate should help reduce LCD’s traditional problems with motion blur.


The only strange thing here is that Philips told us 100Hz wasn’t deemed necessary on the 32in screen because it had a phenomenally fast inherent response time of 2ms. Yet curiously the 42PFL9603D also appears to have a response time of 2ms, if its online data sheet is to be believed. Odd.

To save you the trouble of seeking out the 32PFL9603D review, I should probably quickly run through all the other, astonishingly numerous elements of the 42PFL9603D’s supercharged picture processing system aside from 100Hz.


The 42PFL9603D’s version of the Perfect Pixel Engine essentially improves on last year’s debut effort by introducing whole new processing ‘suites’ targeted at improving contrast and colours, tweaking the original motion, clarity and sharpness boosters, and driving them all with a much more powerful and faster processing engine.


To enhance colours, the 42PFL9603D employs a hugely powerful 17-bit Colour Booster processor (reaching a claimed 2,250 trillion colours). Not surprisingly, given that the umbrella name for all its latest image processing technology is Perfect Pixel HD, this colour-boosting technology delights under the title of Perfect Colours. 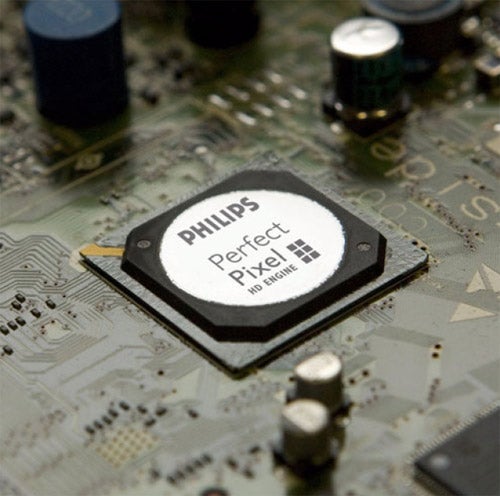 And ‘Perfection’ is the order of the day for the new Perfect Contrast system, too. Apparently this cuts down on light leakage from the LCD backlight during dark scenes while at the same time using digital processing to expand the differences between the dark and light parts of the image. Philips also claims that the system enhances shadow detail and reduces motion artefacts.


In terms of the improvements to the processing systems present in the original Perfect Pixel system, probably the most significant advance has been made with motion. Here Philips claims that it’s hugely reduced the instances whereby you might make out a shimmering ‘halo’ processing artefact around fast-moving objects as they pass across the screen.


In fact, Philips is so pleased with the improvements it’s made to the previous ‘HD Natural Motion’ component that it’s now called Perfect Natural Motion. Well, there’s a surprise. 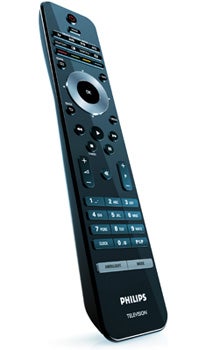 With great processing power, of the sort we’ve just been describing, comes great complexity. For Philips has – very sensibly, actually – placed pretty much every individual element of its Perfect Pixel HD engine in the hands of you, the end user. The mammoth onscreen menus let you tweak anything and everything.


So it’s just as well Philips has gamely tried to make navigating these menus easier by designing a remote control that employs a navigation ‘wheel’ of the sort popularised by Apple’s iPod music players. This wheel is perhaps a little over-responsive if I had to be picky. But I’d still rather have it than not.

A potentially much less likeable point about the huge amount of picture options at your disposal is that they’re actually rather important! This means you not only need to familiarise yourself with what all the options do if you want to get the best from the 42PFL9603D, but that you also should revisit some of them on a regular basis, adjusting them to suit different types of footage.


For instance, if you make the mistake of leaving the Perfect Natural Motion facility set to ‘on’ while watching sports footage, you might well find yourself faced with the regular appearance of some really quite nasty glitches over fast-moving objects – to the point where you could actually see three cricket balls racing to a boundary rather than one. Or if you leave the noise reduction systems set to ‘on’ while watching HD sources, you’ll find the picture looking softer and less detailed than it otherwise would. 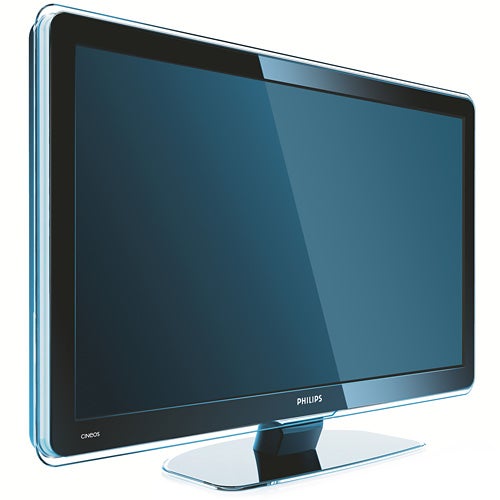 It’s important to stress here, though, that other than perhaps wishing the 42PFL9603D was a little better at adjusting some of its processing automatically to suit different footage types, I’m not complaining about the flexibility the 42PFL9603D at all. Far from it. I’m merely making the point that this is a TV can be all things to all men, but only if you’re willing to put more into it than you would have to with a ‘normal’ TV.


Anyway, with all that talked through, it’s time to reflect on what sort of pictures the TV can produce when it’s set up correctly. And the short answer is: pretty damn spectacular.


As with the 32PFL9603D, arguably the single most striking thing about the 42PFL9603D’s pictures is their outstanding sharpness and detail – with standard as well as high definition sources. In fact, I’ve never seen standard definition pictures look so crisp, detailed and ‘pseudo HD’ on a 42in TV as they do on the 42PFL9603D, while the amount of texture and pixel-perfect precision on show in detailed HD shots such as those of the city of gold in the ”National Treasure 2” Blu-ray is even more striking on this 42in screen than it was on the stunning 32in.

It’s extremely refreshing, too, to find that the extra sharpness so commonly associated with Philips’ image processing is here accompanied by far less unwanted side effects than we’re accustomed to seeing. And so there’s none of the previous tendency to slightly over-cook sharply contrasted edges; no tendency to exaggerate any MPEG noise that might be in the source; and, as the actors walk around the golden city they’re only very rarely shadowed by the shimmering halo effect, even though their motion is far more fluid and blur-free than it is with practically every other LCD TV we’ve seen.


It’s actually possible, in fact, that the exceptional fluidity of motion on the 42PFL9603D might initially look weird to you. But all I can say is that after living with this TV for a couple of days, I actually found going back to the slightly juddery, indistinct motion of my normal TV a little annoying.

Elsewhere, Perfect Pixel HD’s new Perfect Contrast segment seems to work a treat. For instance, the 42PFL9603D’s black levels reach depths during ”National Treasure 2’s” underground exploration sequences that are easily among the best we’ve seen on an LCD TV, and actually get close to those of good plasma TVs at times. And I mean this in terms of both the amount of shadow detail on show and the sheer grey-free depth the blacks can attain.


As for Perfect Colour, while its effect might not be so immediately obvious (Philips sets have nearly always boasted rich, vibrant colours), it definitely does deliver subtle improvements when it comes to tonal range and, in particular, the reproduction of more natural looking reds and greens. Plus colour blends tend to look even more subtle and ‘stripe-free’ than they did on last year’s Perfect Pixel models. 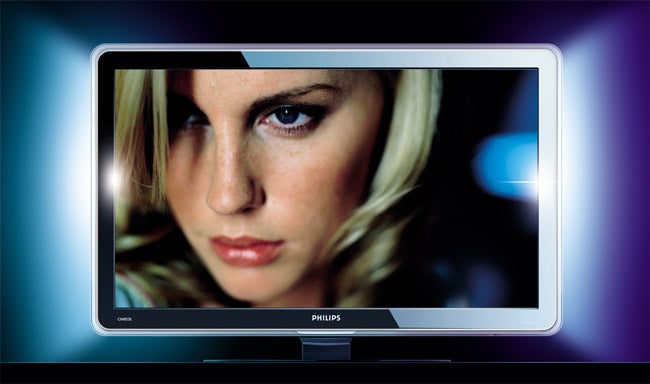 I’ve tried to make it as plain as possible earlier in this review that some of the picture glories I’ve just described are really dependent on how you set the 42FL9603D up to suit the different types of source (sport, films, games). But I’m going to say it again, just to be clear: if you don’t commit to tweaking the settings regularly, you might very well find pictures looking over-processed and unnatural from time to time. You have been warned.


Other than demanding commitment from its user and the occasional residual trace of the old motion shimmering artefact, though, the only real complaint I can raise about the 42PFL9603D’s pictures is that sometimes skin tones can look a touch plasticky, at least during standard definition viewing.


Turning to the 42PFL9603D’s audio, amazingly the good news continues. For even though the set doesn’t sport any forward-firing speakers, the speakers built down the TV’s sides in conjunction with subwoofers built into the TV’s rear and the ‘focussing effect’ of that cool transparent outer shroud deliver levels of volume, clarity, bass and aggression that are rare indeed in the flat TV world.


As I’d hoped, all the outstanding AV qualities found in the 32PFL9603D are merely amplified by the bigger 42PFL9603D, without any new weaknesses coming to the fore. Admittedly it’s not cheap for a 42in TV, but provided you’re willing to treat it with the knowledge and respect it deserves, it’s worth every last penny.