If you’ve started reading this in the hope that we’ve already got our hands on one of the upcoming new Philips models mentioned in Hugo’s in-depth news story last week, then we’re afraid to say we’re going to have to disappoint you. For while the 32PFL9613D is new, it’s what Philips calls a ‘rolling change’ to their 2008 range rather than a completely new member of the incoming 2009 range.


Not surprisingly, given its 32PFL9613D moniker, the model the new 32in screen is ‘based on’ is the 32PFL9603D, a TV that earned a pretty rave review from us back in July of 2008. This naturally bodes well for the 32PFL9613D. But at the same time it’s hard not to reflect that the amount of time that’s passed since we saw the 32PFL9603D is quite lengthy by technology standards. In other words, it’s possible that the 32PFL9613D will no longer stand out from the latest crowd quite as stridently as its predecessor. Unless, of course, the ‘rolling changes’ made to the 32PFL9613D really have an impact. 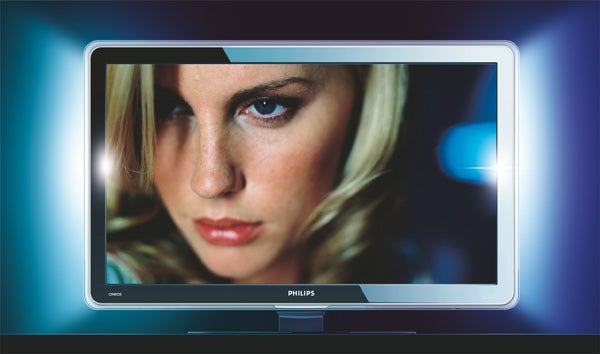 Aesthetically the 32PFL9613D appears no different at all to the 32PFL9603D. Which is no bad thing, as it happens, for it means that both sets qualify as being among the very finest-looking 32in TVs I’ve had the pleasure to clap eyes on. The glossy black bezel is a great start, but the set really makes its mark with the novel transparent shroud that curves forward around the bezel’s edges.


Plus there’s the small matter of Philips’ Ambilight technology, which in this incarnation delivers pools of light spilling out of the TV’s left and right sides. What’s more, since the 32PFL9613D enjoys the latest ‘Spectra’ version of Ambilight, the extent to which the colours coming from the TV’s sides match the colour content of the image is frequently uncanny in terms of both the tone and geographical location of the colour. 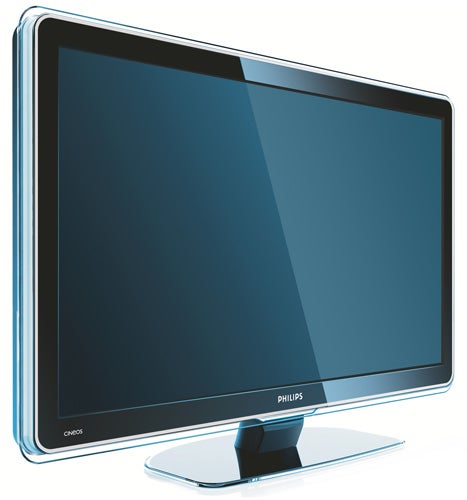 The 32PFL9613D’s connections also appear not to add anything to those of the 32PFL9603D. But again this is nothing to be concerned about when you consider that the connections include a very healthy four HDMIs, a USB input capable of playing MP3, .alb slideshows, JPEGs and MPEG-1 and -2 videos, a D-Sub PC port, and even a DLNA-certified Ethernet port so that you can access multimedia files sat on a networked computer.


It’s when I start trawling through the 32PFL9613D’s frighteningly long feature count that I finally stumble across the reason for the 32PFL9613D’s existence. For the one thing this TV has that its predecessor didn’t is 100Hz processing, the presence of which brings the TV’s claimed response time down from an already good-looking 4ms to just 2ms.


Actually, this comes as something of a surprise to me. For I was told when reviewing the 32PFL9603D that it had an innate 2ms response time, and so didn’t need 100Hz processing. Most curious… Oh well. Whatever the truth of all the response time figures, the bottom line is that the 32PFL9613D should deliver clearer motion than its predecessor.

All the other features of the 32PFL9613D are the same as the 32PFL9603D, from the Full HD resolution and high claimed contrast ratio of 55,000:1 through to its use of Philips’ powerful Perfect Pixel HD video processing. So rather than go through all of the 32PFL9613D’s features again in-depth here, I’ll just refer you to the 32PFL9603D review, if that’s OK!


Regarding the first question, the answer is a surprisingly emphatic yes. Though maybe not in quite the way I anticipated.


For while motion is slightly less affected by blur and resolution loss than it was on the 32PFL9603D, the really cool thing is that the 32PFL9613D’s pictures seem less afflicted by the sort of unwanted processing side effects that I had to work so hard to counteract with its predecessor. And so objects passing across the screen seem less dramatically joined by such processing-related problems as shimmering halos and flickering, even with the controversial Perfect Natural Motion circuitry switched on. 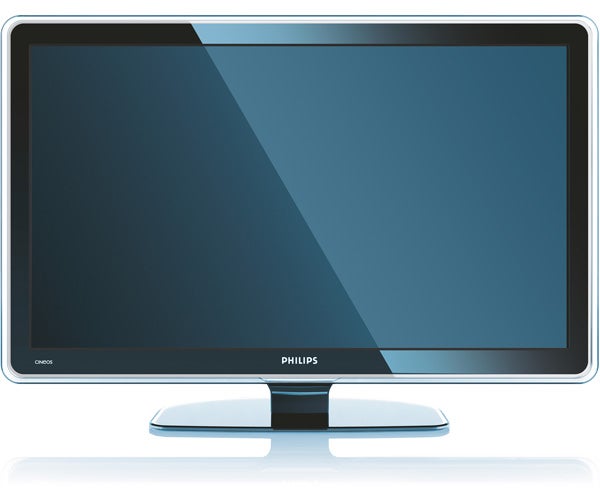 This initially seems a bit of a strange finding given that the addition of 100Hz is actually piling more strain on the TV’s video processing engine. But what I suspect is happening is that the 100Hz is easing the load of the Perfect Natural Motion processing component. And as the old saying goes, a problem shared is a problem halved.


This makes the 32PFL9613D notably less demanding on you, the end user, because avoiding the motion processing issues with the 32PFL9603D required regular visits to that TV’s onscreen menus to reduce, or deactivate entirely, various noise reduction and Natural Motion circuitry. On the 32PFL9613D, I found myself much less regularly tempted to tinker with the settings I established while first calibrating the TV.


The addition of 100Hz also gives you more options if you do want to tinker, mind you. For occasionally I found that if the set’s motion processing was glitching a little while watching data-heavy, action-packed HD sources, turning the 100Hz element off but leaving HD Natural Motion on sometimes solved the problem – a degree of subtlety not possible on the 32PFL9603D.


With that in mind it’s perhaps a pity that Philips hasn’t stretched the flexibility of the new 100Hz system to one further option: the ability to leave 100Hz on while turning HD Natural Motion off. But that’s me: always wanting the world and everything in it!

As I would have anticipated given the lack of other tweaks to the 32PFL9613D’s specs, its other picture attributes look identical to those of the 32PFL9603D. And I’m happy to say that those attributes, together with the new-found consistency and motion clarity, deliver a picture that’s still easily a match for anything any new kids on the block might have to offer.


In fact, when it comes to standard definition I can’t think of any other 32in TV able to add so much sharpness and detail to proceedings while simultaneously removing loads of noise from even a generally low picture quality source like BBC3.


But the set is also superb with HD, delivering exceptional impact from HD’s glorious extra detail levels and colour subtleties for a 32in TV. 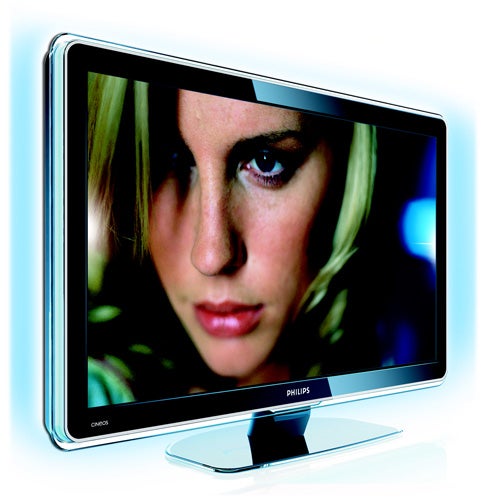 
The only area of significant disappointment with the 32PFL9613D, in fact, concerns its viewing angle. For the image loses a little more contrast and colour saturation more severely than I’d ideally like when watched from the side.


Turning to the 32PFL9613D’s sound, it’s actually almost as startlingly good as the TV’s pictures. The set includes two integrated subwoofers and a dome tweeter design, and these both work wonders in helping it achieve bass, volume and clarity levels that leave the vast majority of other 32in flat TVs sounding rubbish by comparison.


There will doubtless still be a few people out there who still aren’t comfortable with the ‘liquid motion’ effect created by the HD Natural Motion and now 100Hz combination. But of course, both HD Natural Motion and 100Hz can be completely turned off for anyone who prefers a more ‘natural’, juddery look to their TV shows and films.


And tellingly, even without the motion circuitry in play, the 32PFL9613D’s pictures are still among the very best the LCD world has to offer, making it a TV that really does appeal to anyone. Or anyone, at least, who’s willing to spend a bit above the average in pursuit of AV happiness.