After perusing the myriad new Blu-ray players at last year’s IFA in Berlin, this deck from Philips was one of the few to leave a lasting impression. Not so much because of its feature list (which looks pretty impressive) but more because of its strikingly unusual appearance, which could set a new aesthetic benchmark for the budget-to-midrange market. And after finally getting our hands on a sample, it looks every bit as delectable as it did back then.

Although it doesn’t stray too far from the conventional set-top box shape, the BDP7500 still looks unlike anything we’ve seen before. The use of a slightly sloping mirrored fascia, gorgeous glinting silver highlights and a raised ‘lip’ at the bottom edge give it real star quality, but there’s more – a strategically-placed blue light below the lip adds extra hi-tech allure, and the icing on the cake is the row of illuminated touch-sensitive controls built into the mirrored front panel.


Not only is it pretty, but the BDP7500 also boasts the sort of build quality you expect to find on a high-end player. The casing is crafted from rigid, vibration resistant aluminium and it feels a lot more robust that most players at this price point. And our fascination with its looks isn’t as superficial as you might think – with so many budget players now offering similar levels of performance and the same features, looks could be a deciding factor for many buyers.

But enough drooling for now; let’s get on with the more mundane business of sockets. On that front the Philips won’t leave you wanting, with a selection that includes HDMI, component and composite video outputs, as well as a full house of audio outputs – optical/coaxial digital audio, analogue stereo and a set of 7.1-channel analogue outputs. The latter is useful for channelling hi-res audio to an AV receiver without any HDMI inputs. As mandated by the Profile 2.0 spec to which this deck adheres, there’s an Ethernet port on the back for all your BD Live downloading needs.


On the subject of BD Live, Philips hasn’t built Wi-Fi access into this player as LG has with the BD390. The wired connection is your only way of hooking the BDP7500 up to the web, which isn’t the end of the world but we still can’t see that many people bothering with BD Live unless their player can connect to the web wirelessly.

But if you do go online, it’s good to know that you don’t need to leave a USB stick permanently plugged in to store downloads, as there’s 1GB of memory built into the player. That means the USB port on the front panel can be used for the much more interesting task of playing your music, video and photo files. Supported formats include MP3, WMA, DivX Ultra, WMV, XviD and JPEG, and like its predecessors (the BDP3000 and BDP7300) it’ll even play WMVHD files (albeit soundlessly) and AVCHD filmed on hi-def camcorders.


Like most of the latest Blu-ray decks, the BDP7500 can decode Dolby True HD and DTS HD Master Audio soundtracks and send the signals to your amp through the HDMI or multichannel analogue connections. And if your TV supports 1080/24p, the deck will output movies in that format so you can experience movie at their recorded frame rate. 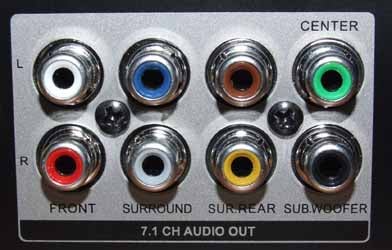 Scouring the menus for more tasty titbits we find features like Philips EasyLink, which theoretically simplifies control of connected Philips Blu-ray decks and TVs by using only one remote. There’s also a range of picture presets (Vivid, Cool, Action, Animation) and a potentially useful Subtitle Shift feature that lets you move subtitles usually placed with in black bars up when they get cut off by 21:9 TVs and projectors.


Controlling the BDP7500 is a generally hassle-free experience, as it retains the user-friendly onscreen menus that so impressed us on the BDP3000 and the BDP7300. Fire up the deck and the main menu offers just three self explanatory options – Play Disc, USB and Settings – and each one is denoted by a large, cartoon-like icon. The Settings menu fills the entire screen, and if you hover on an option for a couple of seconds a dialogue box appears to explain what it means. Great stuff!


The remote is similarly well thought out, boasting an perfectly-placed ring of rubber menu controls, with the disc playback buttons positioned conveniently below. It’s the perfect size too, fitting comfortably in the palm of your hand, but it’s a shame there’s no backlight.

It’s not all fun and games though. Having used the OPPO BDP-831 as a reference deck for some time now, I love the way it lets you superimpose the setup menu over the film as it plays, which means you don’t have to stop the movie and potentially lose your place. The Philips affords you no such luxury, and when playing discs with no resume mode it can get quite annoying when you have to make frequent tweaks. You do, however, get an onscreen display when you hit Info, which shows you the elapsed/remaining running time, title and chapter.


What did impress us about the BDP7500 is how fast it operates. Hit fast forward and it starts scanning straight away; plus, disc loading is super fast – Spider-Man 3 started playing in less than 30 seconds.

When connected to a 1080p TV via HDMI, the BDP7500 delivers superb picture quality. Detail is meticulously sharp, edges are clean and smooth, plus fine patterns and complex textures are reproduced without significant pixel crawl. 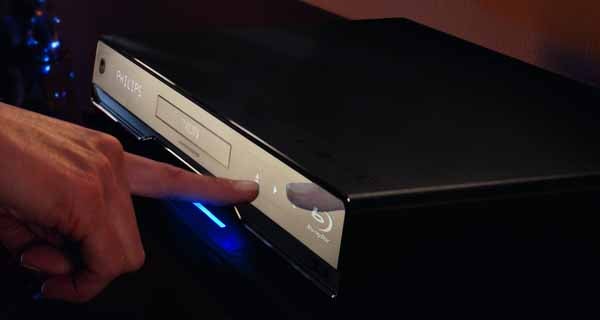 Next we loaded the Silicon Optix HQV Blu-ray and the Philips proves its worth once again. A close look at the two jaggies tests reveals very slight feathering along the edges of the moving bars in pattern ‘A’ but nothing worth getting worked up about and the processing on pattern ‘B’ is faultless. Both the Video and Film Resolution Loss test patterns are steady and composed with no strobing or loss of detail, and during the camera pan across Raymond James stadium it renders the rows of tiny seats with pin-sharp clarity and minimal moire noise.


The BDP7500’s DVD upscaling quality is equally impressive, getting a clean bill of health with the Silicon Optix DVD and with The Fellowship of the Ring. In 1080p mode, the frenetic action scenes are delivered without any judder and virtually no artefacts, making this a player that you can rely on no matter what disc you slip in the tray.

Apart from CDs perhaps. Musically the Philips won’t give dedicated CD players anything to worry about, particularly when listening through high-class speakers that expose its slightly thin treble and muddy bass, but we never expected miracles at this price – you can’t have everything, alas.


Much like the BDP7300 and BDP3000, the BDP7500 is a very likeable Blu-ray player with a wonderful operating system, speedy operation and jaw-dropping, distinctive looks that’ll bring a bit of glamour to any AV system. And on the performance front it’s hard to fault, sending gloriously sharp, vivid and nuanced hi-def pictures to your TV.


At this price, that would normally add up to an absolute bargain, but like many Blu-ray players in this price bracket it’s up against a considerable opponent in the LG BD390, whose combination of Wi-Fi, PC streaming and superior media support still makes it seem like a more tempting proposition, particularly given its similar price tag. Even so, take a punt on the Philips and you won’t be disappointed.