The 65PUS7601 joins a very small group of TVs that offer a genuine and involving HDR experience without costing the earth.

The key to its success is its direct LED/local dimming light engine. For a start, it’s capable of delivering exceptionally deep black colours for an LCD TV. What’s more, no other brand this year – not even Panasonic, with its honeycomb technology – has produced a direct LED lighting solution that combines such inky black colours with so little light “blooming” around bright objects.

We’re not talking OLED levels of light/dark precision here, given that every pixel in an OLED screen delivers its own light. But the 65PUS7601’s light management is certainly outstanding by LCD standards. 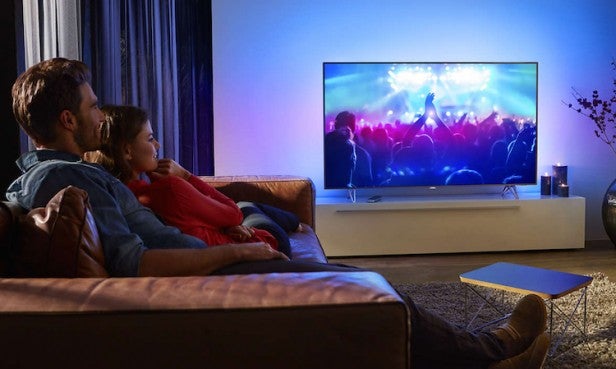 This may in part be down to the 65PUS7601’s peak brightness level of around 700 nits falling substantially short of that achieved by this year’s most potent HDR TVs. But I can easily imagine AV fans willingly trading brightness for a more immersive viewing experience relatively free of the backlight pollution distractions you see with more aggressively bright screens.

To be clear, the nifty way in which the 65PUS7601 allocates its power around the screen means you still feel like you’re experiencing HDR with HDR sources, despite the screen not formally reaching that Ultra HD Premium target of 1,000 nits. It does no harm to the HDR feel that the screen does such a good job of reaching the darkest parts of HDR pictures – especially since the deep blacks don’t come at the expense of too much shadow detailing.

Colour performance is similar to contrast performance in that while it doesn’t “measure” as well as some HDR TVs, it still proves extremely easy on the eye. You still get a sense of a wider, more dynamic colour palette with HDR content, despite the relatively limited native tonal range. This is a result of the screen’s impressive light and energy management, and also because of Philips’ potent colour-enhancement processing.

This is true even when it comes to resolution. The Ultra HD Resolution processor can be applied to native 4K content, achieving a sharpness level beyond 4K. I’m not actually recommending this, since it can result in noise levels that are distractingly high. Furthermore, the 65PUS7601’s native UHD picture is seriously sharp and crisp anyway, so it really doesn’t require any additional processing. Just save the Ultra HD Resolution for upscaled HD content.

Philips has long taken an unusually aggressive approach to motion clarity, and this continues with the 65PUS7601’s Perfect Natural Motion circuit. On its highest levels, this removes all judder and motion blur. While this sounds excellent on paper, it reality it causes a few distracting side effects.

Fortunately, the latest Perfect Pixel Ultra HD processing engine lets you use the motion processing on its lowest setting to reduce judder and blur, and avoid those unwanted side effects. So the 65PUS7601 can retain its impressive sharpness even during action scenes.

While the 65PUS7601’s processing tricks and core picture strengths add up to a mostly brilliantly watchable picture, there is some bad news. For starters, the excellent freedom from haloing around bright HDR objects is only within a very narrow viewing angle. From as little as 25-30 degrees down the TV’s side, the halos suddenly start to show up quite aggressively.

The 65PUS7601 also suffers missing details in the very brightest parts of HDR pictures – although not to the extent of LG’s latest OLED TVs. Plus, as discussed earlier, you’re given a degree of choice over how obvious this detail/tone “clipping” is.

Next, while the 65PUS7601 does an exceptional smoke and mirrors act of making you think you’re experiencing both a huge colour gamut and greatly expanded dynamic range, it doesn’t hit the brightness peak and colour volume heights of a Samsung UE65KS9500, or the black level perfection of an LG OLED. This means that it isn’t delivering HDR images with “as the director intended” accuracy. 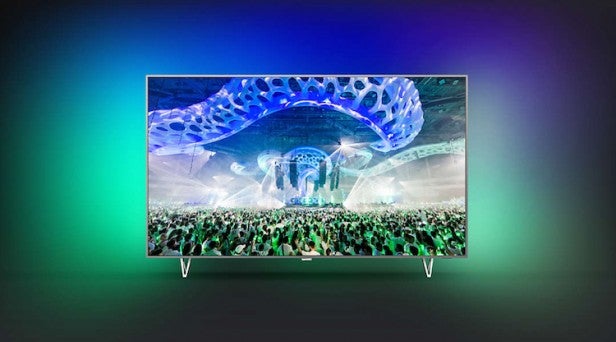 Nevertheless, the simple fact is that the 65PUS7601’s pictures are capable of looking both more spectacular and immersive than those of any other similarly sized and priced TV.

If you’re a gamer, the 65PUS7601 is an almost obscene amount of fun – partly because of its size, intensity of its pictures and use of Ambilight –  but also because lag input measures a mere 30ms on the Game preset.

The 65PUS7601 rounds out its striking powers of immersion with a strong sound performance. You can push it surprisingly loud for such a thin TV. Aside from some slightly soupy deep male tones, voices sound natural and part of their environment.

The speakers are sensitive enough to pick up quite subtle details, but also aggressive enough to expand the soundstage to embrace action scenes. The only audio catch is that even a woofer on the TV’s rear can’t quite stop the very highest sounds from occasionally becoming overly prominent. 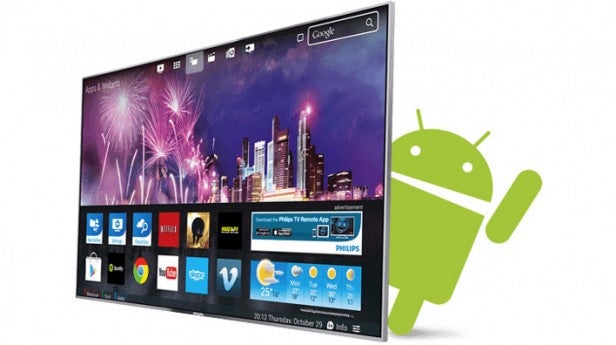 If you want the most accurate and dramatic HDR pictures this year, you need to be stretching your budget to the Samsung UE65KS9500. But Samsung’s model costs almost twice as much as the 65PUS7601.

The Panasonic 65DX902 series also goes brighter and delivers a much wider colour palette than the 65PUS7601, but it costs £800 more than the Philips, and suffers with quite noticeable backlight haloing issues with extreme-contrast HDR images.

Both these Samsung and Panasonic contenders join the 65PUS7601 in using direct LED lighting. If you consider an edge LED lighting TV then you’ll be able to find rivals that are closer to the Philips 65PUS7601’s price. In particular, the Samsung UE65KS9000, which is around £500 more than the 65PUS7601. The Panasonic TX-58DX802 series, too, does well for just £1,300 – although this series tops out at a relatively small 58 inches.

Finally, Sony’s KD-65XD9305 currently retails for £2,300, and at times looks jaw-droppingly good with wider colour and more brightness than the 65PUS7601. However, this Sony and all the edge LED rivals suffer with areas of backlight pollution and reduced contrast during dark HDR scenes versus the direct-lit 65PUS7601.

The bottom line is that, currently, there really isn’t a TV out there at the 65PUS7601’s price that delivers such a consistently immersive – albeit not entirely accurate – HDR experience.

The Philips 65PUS7601 is a TV that dares to do things a little differently – with hugely enjoyable results.