Philips' most expensive TV certainly won't be for everyone, but its shines with 4K content, and universal HDR support is undoubtedly a boon. Factor in the integrated Bowers & Wilkins soundbar, four-sided Ambilight and high-end aesthetic design, and you have a premium TV to lust after.

It’s taken a year or so, but Philips’ partnership with Bowers & Wilkins has finally produced the kind of leading-edge OLED TV Hi-Fi hybrid we’ve been hankering for. A best-of-both-worlds proposition, it combines some of the most advanced picture processing available with a soundbar that aspires to audiophile status.

So is this a marriage made in AV heaven?

The OLED+984 demands to stand centre-stage. Only available in a 65in screen, the panel sits on a bespoke pedestal stand, brandishing a sizeable integrated soundbar. At 1.33m tall, with its distinctive separated tweeter, it’s easy to imagine it staring at you, as you stare at it.

The soundbar is dressed in acoustically transparent Kvadrat cloth, and connects via a dedicated plug. The TV itself is purely a monitor design. 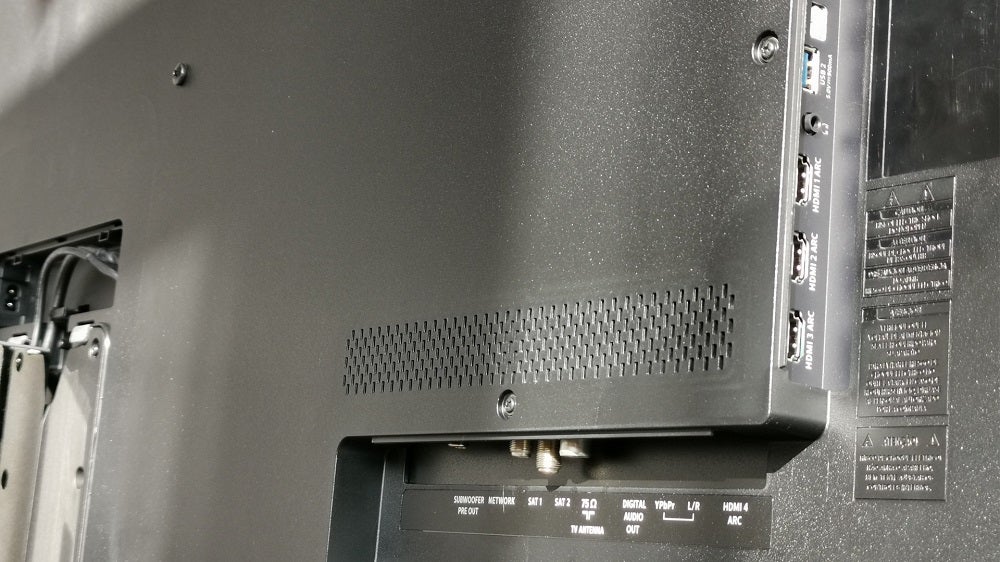 Rear connections are par for the high-end course, with four full-fat 4K HDMI inputs, a trio of USB ports, an optical digital audio output, component AV for legacy hardware (via an adapter), and Ethernet. Wireless support comes from Bluetooth and Wi-Fi.

The screen comes with a single, full-function remote controller. 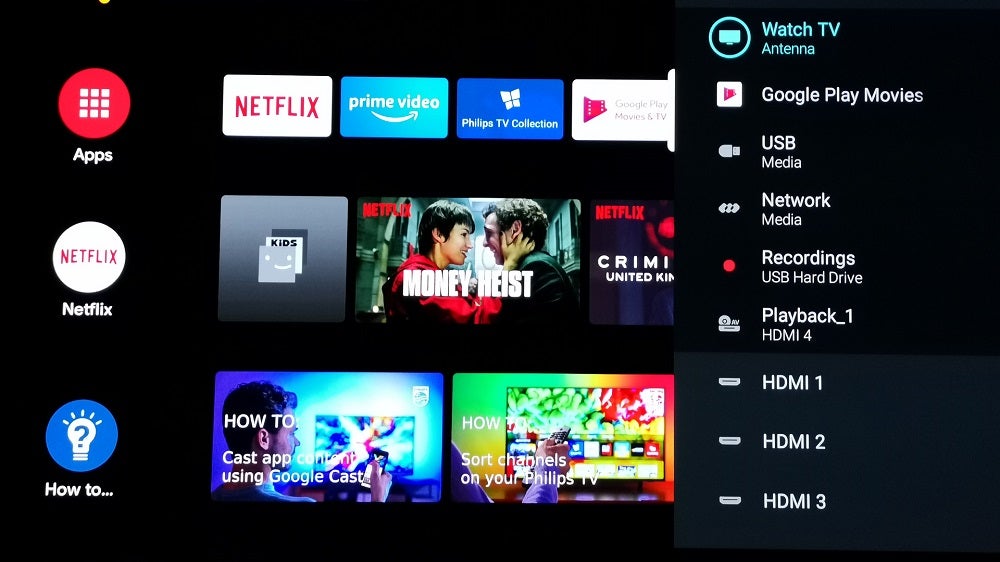 Heavy-hitting headline apps include BBC iPlayer, Netflix, Amazon Prime Video and YouTube. There’s no support for Freeview Play, though, which means the set lags behind rivals when it comes to catch-up TV.

As you’d expect of a Philips flagship, there’s Ambilight built-in. It’s presented here in four-side guise, something we haven’t seen for a while. The result is a full halo of backlit LEDs.

There’s good news on the HDR front, too. The 65OLED+984 adopts a universal approach, supporting both HDR10+ and Dolby Vision, as well as regular HDR10 and HLG.

Image depth is considerable, thanks to adept near-black shadow handling. Not only does this OLED panel deliver perfect blacks, it also does a good job with low-level luminosity.

Fine detail benefits from advanced “dejaggy” filtering, which leads to cleaner edges, while colour rendering tends toward the livid and rich. Some may scowl at its gleeful saturation, but we suspect most will enjoy the approach. We noted no overt gradation banding, thanks to clever interpolated bit-depth. 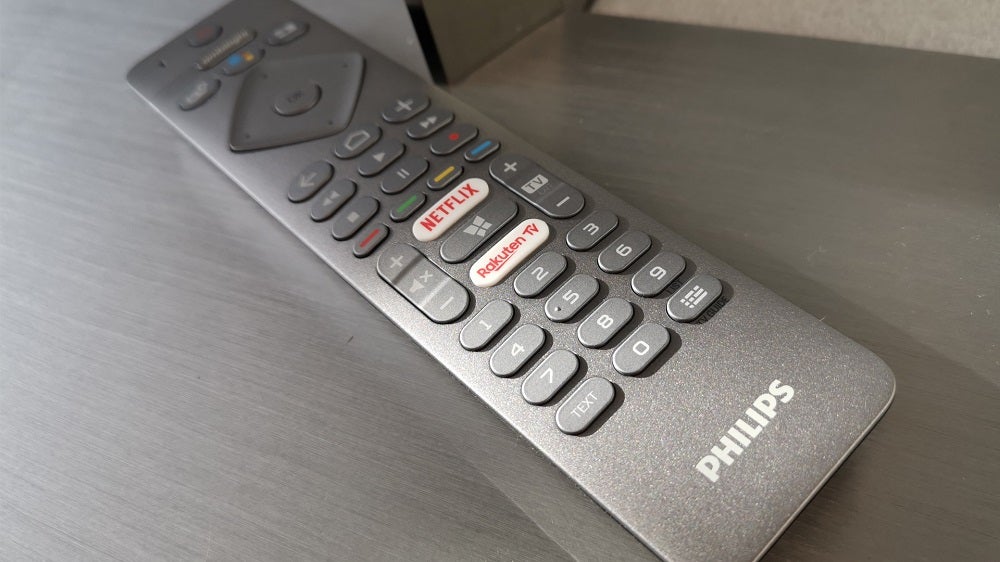 Research tells us the most users rarely change picture modes on their TV, but that hasn’t stopped Philips from offering plenty of choices, some of which are difficult to tell apart. Standard and Natural provide good everyday options, with the latter more contrasty at the expense of shadow detail.

Peak brightness was measured at 780 nits with this mode switched on, in the HDR Natural viewing preset, using a 5% HDR brightness window. Opting for HDR Vivid, the screen managed 970 nits.

Image presets default to Dolby Vision Dark and Dolby Vision Bright with Dolby Vision content. The latter features some of the benefits of the P5 engine and is our preferred option when watching DV on Netflix. 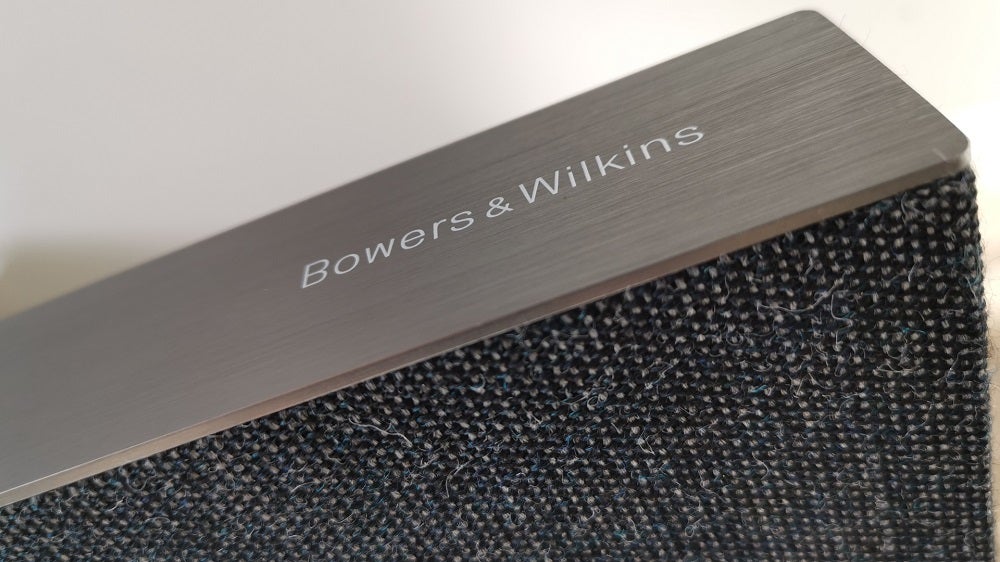 Of course, if you want to hold back all this picture wizardry, there’s a movie mode that effectively detunes the panel. It isn’t recommended.

The Bowers-designed soundbar is a three-channel design. It comprises a left, centre, right driver array, each with its own separate high-frequency, 4in mid-bass drivers.

There’s some laudable heritage at play here. The mid-bass woofers use technology trickled down from B&W’s compact M1 speaker.

The resulting soundstage is emphatic and wide, helped by tweeters positioned at the edge of the cabinet. The centre benefits from Bowers & Wilkins signature tweeter-on-top design, recalling the company’s high-end 700- and 800-series loudspeakers. 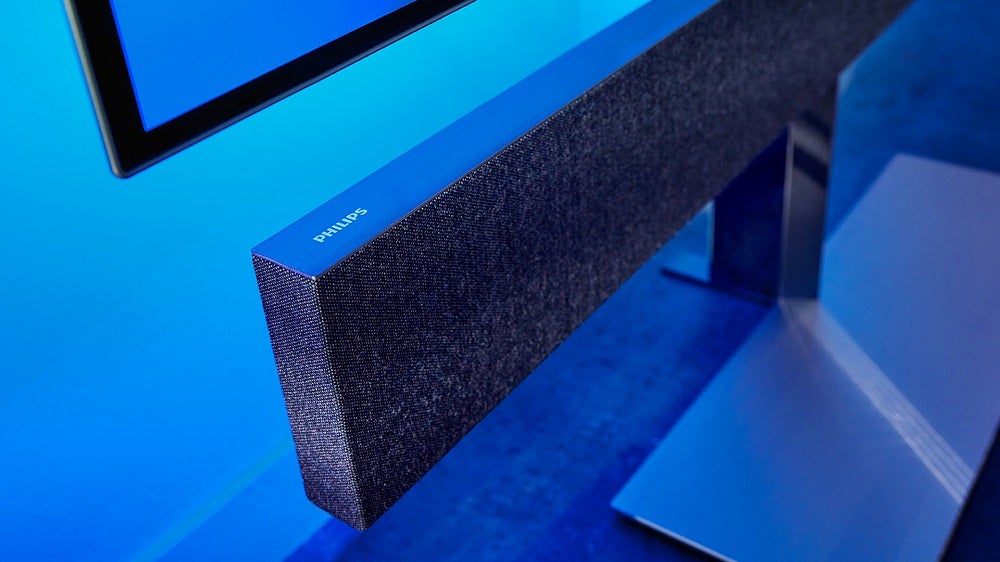 Where this audio system particularly impresses is with clarity and articulation. Dialogue is crisp and understandable, the soundbar making short shrift of mumblecore TV dramas. The tweeter-on-top approach helps lock dialogue to the screen and improve spatial imaging. The bar is also surprisingly musical – we’d have no qualms chilling to a Spotify playlist. Power output rated at a punchy 3 x 20W.

Still, the system is limited when it comes to deep bass. We measured down to 50Hz, which is actually rather good for a TV all-in-one – enough to feel full-bodied if not seismic. That said, home cinema fans might baulk at paying a premium for a sound system which doesn’t offer an immersive Dolby Atmos listening experience. DSP processing doesn’t amount to the same thing.’

The 65OLED+984 proves a good option for gamers, although it isn’t class-leading. Input lag was measured at an acceptable 33.2ms in 1080/60 using Game mode. We experienced no disadvantages playing fast-moving first-person-shooters in this mode.

If you’re after a posh lifestyle TV, then this flagship OLED more than fits the bill.

Its picture performance shines with all manner of content, from glitzy game shows to Game of Thrones, and universal HDR support means it will make the most of all 4K UHD content sources.

Similarly, the Bowers & Wilkins soundbar contributes high-performance TV stereo. Add four-sided Ambilight, an Android OS with Chromecast built in, with high-end aesthetic design, and you have a gold card TV to lust after.