Having been massively impressed recently by the Philips 46PFL8008 but a bit underwhelmed by the 55PFL7008, we don’t really know what to expect from the 60PFL6008. So without further ado let’s find out how it performs.

The first thing that hits you is how extremely bright and vivid images look. Philips has an uncanny knack for this, but the impact is unusually intense here even by its standards on account of the screen’s epic size.

For no obvious reason we found ourselves watching standard definition Freeview broadcasts for much of the early stages of our tests. But this didn’t prove nearly as horrific an experience as we’d expected given the Philips 60PFL6008’s size and reasonable affordability. The Pixel Precise HD engine manages to upscale even quite noise-ridden sources very respectably, thanks to its ability to tell the difference between noise and ‘proper’ picture information.

Switching to the HD sources, which will surely make up the vast majority of your viewing experience if you’ve invested £2,000 in a TV, we immediately embraced the excellent sharpness of the images on show.

Philips’ processing engines have long excelled in this respect, and here the combination of some astute motion handling from the ‘500Hz’ system (so long as you don’t set the Perfect Natural Motion any higher than its lowest power setting if you don’t want pictures to start looking over-processed) and a natural flare for emphasising detail makes Blu-rays look absolutely pin-sharp.

Actually, HD pictures tend to look a bit too sharp using the TV’s preset settings, especially if you’re watching a film with a particularly grainy ‘finish’. But this issue on the TV is easily fixed by simply reducing the set’s sharpness level. 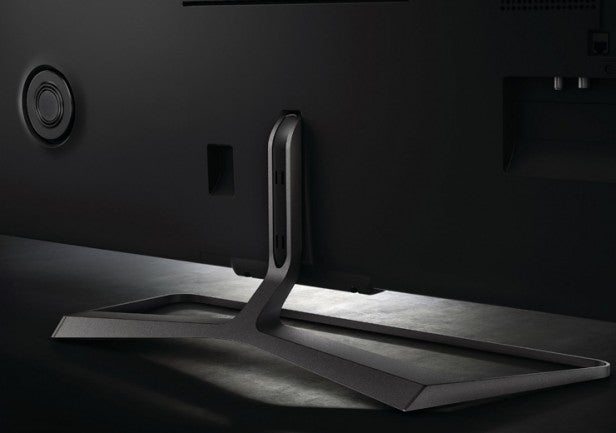 While the 60PFL6008’s pictures are engaging with predominantly bright content, though, their wheels come off fairly seriously when you switch to darker footage. For a start, the screen’s basic black level response isn’t particularly profound – certainly when compared to the excellent black level efforts of Philips’ own PFL8008 series.

There’s a greyish blue ‘wash’ to pictures that we weren’t able to calibrate away as fully as we would have liked without causing other issues such as off-beat dark colour tones and a heavy reduction in shadow detailing.

Worse than the
60PFL6008’s general lack of black level depth, though, is some really
excessive backlight clouding caused by the TV’s inability to light its
large screen evenly using its edge-mounted LEDs. All four corners of the
image in particular look clearly brighter than the rest of the picture
during dark scenes, but there are one or two other patches of backlight
inconsistency elsewhere too. And all these patches, including the corner
ones, occupy an uncomfortably large area of the screen, as well as
looking alarmingly obvious.

The clouding in the bottom corners
is so aggressive, in fact, that you can even see traces of it at the
picture’s extreme edges during some relatively bright scenes.

What
this means, of course, is that it’s impossible to watch a dark scene in
any serious (as in, darkened room) kind of way without continually
being distracted by the messy backlighting. Especially if the film being
watched has black bars above and below it.