Popping on one of the four pairs of passive 3D glasses reveals a mostly engaging 3D performance. Philips has long made a better fist of passive 3D than most, and the Philips 60PFL6008 exhibits the brand’s trademark combination of no crosstalk (so long as you keep your vertical viewing angle under 13 degrees), rich colours, a well-delineated sense of space, high brightness levels, decent sharpness (despite passive’s usual unavoidable reduction in resolution), and best of all really credible motion handling.

However, the screen’s average black levels and disappointing backlight inconsistencies continue to be visible in 3D mode, and if anything when you see a patch of clouding it’s even more distracting in 3D than it is in 2D, as the flaw appears as a flat 2D one lying across the surface of the deep 3D image. 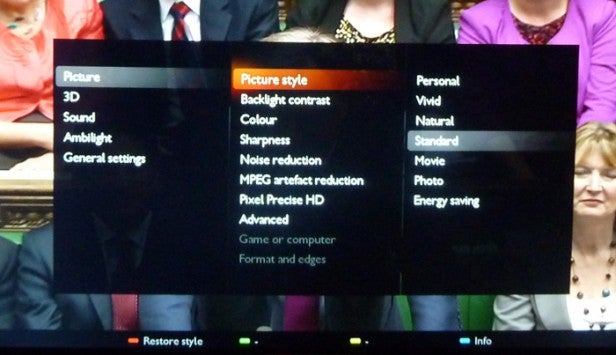 There’s one more picture disappointment to report, too, for our lab tests measured an input lag figure of more than 60ms, even using the TV’s Game/Computer picture presets and turning off as much image processing as we could find. This is at least double what we’d hope to find, and will do your gaming skills no favours.

The Philips 60PFL6008 gets back into much more positive territory with its sound. The provision of a fairly meaty woofer on the set’s rear helps inject markedly more bass into action scenes than you’d expect to hear from such a slim TV, as well as enabling the main speakers to sound louder, cleaner and more dynamic than they would if they were having to handle more bass. 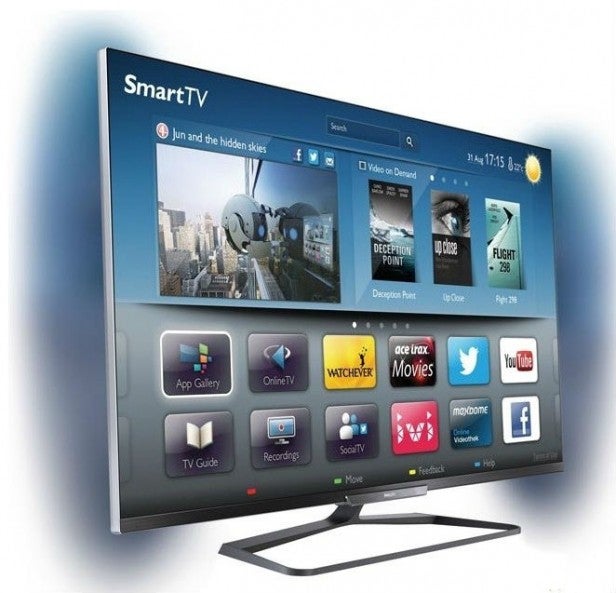 The short answer to this for most people will have to be no, sadly. Looking at the set on its own merits, the way you simply can’t fail to be distracted by backlight flaws while watching dark scenes makes it an instant no-go for film fans. And its input lag makes it a problematic option for game fans.

We guess at a push that its brightness and colour richness make it a decent option for people who mostly only watch bright, colourful ‘daytime TV’ type stuff – but will anyone spending two grand on a TV ever only watch that sort of content?

The Philips 60PFL6008 also struggles to appeal if considered against its competition. You can get the Samsung UE55F8000 for around the same money, which may be five inches smaller but delivers vastly superior pictures and a much more advanced smart TV system. Or how about the gorgeous 55-inch Sony 55W905? Or the Panasonic P55VT65, which is in a different universe to the Philips where contrast and black levels are concerned.

Such comparisons say it all.

It’s conceivable that the backlighting issues are limited to the 60-inch version of this TV, but until we can verify that fact it’s hard to recommend this or its stablemates. There’s the makings of a decent TV here, but a few problems need fixing first.