As is usually the case with a Philips TV, first impressions are a little scary, for want of a better word. Unless you use the set’s Movie preset, which essentially turns the TV’s processing off, you’ll find that pictures look too sharp, too colour rich, too dynamic, too… well, everything.

Fortunately, if you spend some time experimenting with all the picture settings and follow the tips in our setup section, the result will be a picture that’s impressive for such an aggressively priced TV.

Particularly pleasing for its price point is the 55PUT6400’s contrast performance. Eye-catchingly deep black colours are able to co-exist alongside reasonably punchy light highlights. There’s enough finesse in the screen’s greyscale reproduction to ensure that dark areas of the picture contain enough shadow detail to avoid the hollow, empty look often seen with LCD TVs that try to deliver a deep black colour. 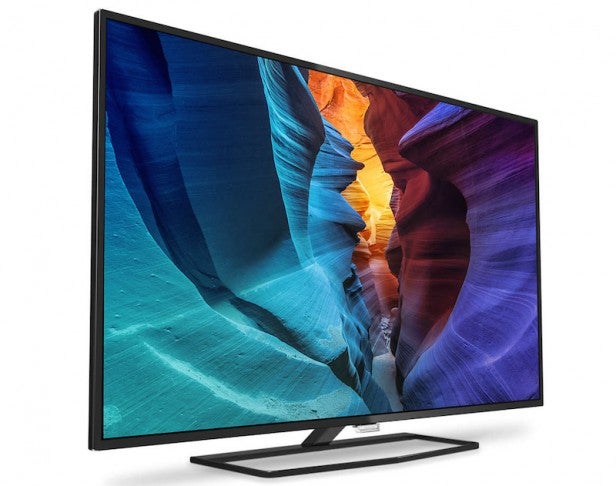 Similarly, the 55PUT6400 is better than the vast majority of its similarly affordable brethren when it comes to retaining colour tone subtleties in dark areas. We didn’t see any of the plasticky-looking objects and faces recently witnessed on the Finlux 55UT3EC320S-T, for instance.

It’s also great to see the 55PUT6400 doesn’t suffer with any significant backlight clouding problems when showing dark scenes, even if those dark scenes contain something really bright in the centre of an otherwise dark screen.

There can be significant luminance stability issues if you aren’t careful with the set’s dynamic contrast and Contrast Mode settings, but the main point about these is that they can be worked around quite effectively. 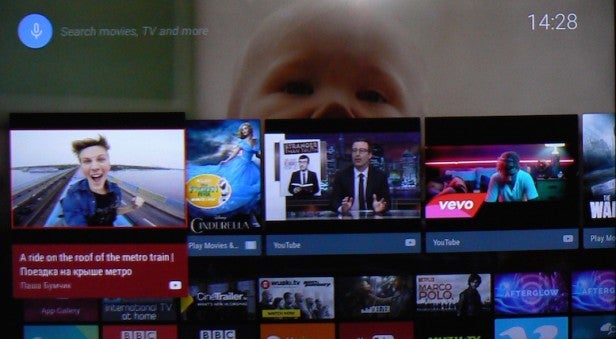 Another strength of the 55PUT6400 – although, again, it can be a double-edged sword if you don’t take care with the TV’s settings – is its sharpness. Native 4K content is packed with next-gen detail, and unlike the Finlux 55UT3EC320S-T, Philips’ set has enough colour subtlety in its picture make-up to ensure that a lack of colour precision doesn’t undermine the 4K UHD pixel density.

The 55PUT6400’s strong contrast performance also proves helpful in emphasising the strong sense of detail in the 4K image. Plus, the lowest setting of Philips’ Natural Motion processing proves effective at keeping motion blur out of the 4K image, without generating distracting side-effects.

Philips manages to keep its sharp theme with upscaled HD sources too, ensuring they look higher in resolution than they would on an HD TV. Achieving this level of sharpness with upscaled material can result in some slight stressing and glowing around the edge of very small lines or objects. However, aside from that, if you’re careful with the TV’s setting then it’s possible to obtain decent sharpness without ending up with too much noise.

The 55PUT6400 is strong for its money where colour is concerned, too. It combines extremely bold saturations with strong levels of blend subtlety and tonal finesse. Tones can look a little oversaturated at times, especially with darker content, but they retain a good sense of balance. And, as noted earlier, the push for vibrancy doesn’t come at the expense of subtlety.

Our biggest issue with the 55PUT6400’s pictures is the amount of work you have to put in to get them looking natural. It’s all too easy to end up with a picture that contains at least one – and probably more – distracting element, be it “jumpy” brightness, excessive noise, over-sharpened edges, motion artefacts or over-wrought colours. 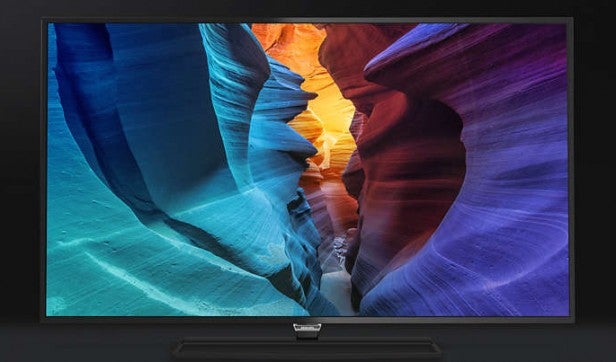 Fortunately, if you put in enough leg work you can tame all of these issues to a point where the TV’s good qualities win the day.

However, no matter how much we tinkered with the settings, we couldn’t completely shake the feeling that there’s something slightly forced about the 55PUT6400’s pictures – at least when you’re watching anything that isn’t native 4K. It almost feels as if Philips is having to work a little too hard with the panel at the TV’s heart.

Note that sets higher up Philips’ new range – if you can afford them – will feature far more powerful video-processing engines.

The 55PUT6400’s 4K upscaling struggles to deliver convincing colours and sharpness with standard-definition content – although this is true of most other 4K UHD TVs too. It also seems to generate a touch of smearing over fast motion, which can’t be eliminated by adjustments to the TV’s noise-reduction and motion-compensation features.

Two further, final issues are that the screen exhibits slight vertical luminance inconsistencies when scrolling quickly over bright content  – such as pans across a football pitch – and can show up a little moiré noise over areas of very fine detail.

Used as the main TV for the review period
Tested for more than a week
Tested using industry calibrated tools, discs and with real world use
Tested with broadcast content (HD/SD), video streams and demo discs
Previous
Philips 55PUT6400 Review Next
Sound and Verdict Review