First impressions of the 55PFS6609’s 3D performance were disastrous, as it suffered with more crosstalk ghosting noise than we’ve ever seen before. Fortunately a system software update delivered a huge improvement, leaving us looking at what are actually extremely engaging 3D images packed with detail, depth, brightness, and natural colour tones.

There’s minimal flicker to worry about either, especially as Philips has cunningly got Ambilight set up so that it works in sync with the shuttering of the active 3D glasses.

Crosstalk doesn’t completely disappear. It can still be seen over background objects and even the occasional foreground one. But it’s certainly not omni-present, and when you do see it it’s sufficiently subtle not to dominate proceedings.

The 55PFS6609 is a solid audio performer. Its main speakers are able to go decently loud without any distortion and while retaining both good levels of audio mix detail and credible, well-rounded vocals. A woofer speaker on the set’s rear helps inject bass into proceedings too – though when pushed too deep by some of the crazy rumbles Hollywood is so fond of this woofer can succumb to phutting.

The soundstage doesn’t come close to the astonishing efforts heard recently from the Sony 65X9005B, and also isn’t as powerful as the latest efforts of the Samsung UE55H8000 and HU8500 models. But then, of course, it’s also much cheaper than all of those options.

The 55PFS6609 ships with a white remote control to match its stylishly white rear, and this makes a pleasant change to the usual dull greys and blacks. It’s a rather plasticky item, though, and we have to say we were rather disappointed to find it crammed with so many buttons that it’s quite hard to learn your way round. It’s a shame, too, that Philips hasn’t seen fit to include one of its ‘smart’ remotes from last year, with the separate QWERTY keyboards mounted on their rear sides.

If you’re thinking of gaming on the 55PFS6609, this is unfortunately another area where the Philips 55PFS6609 comes a serious cropper. For even using the set’s own Game preset with as many processing tools as we could find turned off, our input lag tests turned up a figure of almost 100ms. This is more than three times higher than we’d like it to be and will certainly lead to a reduced performance – and all the frustrations connected with that – with almost all types of game. 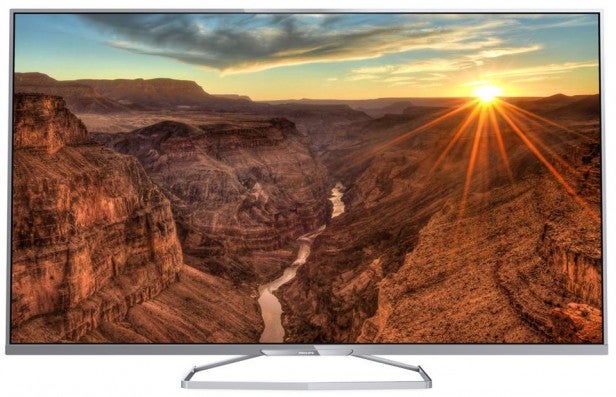 This is a very good TV in many ways. It produced dynamic, good-looking HD pictures and the design is stunning. But there are also a few issues, notably its very poor input lag that’s much worse than we’ve come to expect from modern TVs, and which will impact even fairly casual gamers.

If you’re not a serious gamer it’s a very good TV that’s worth seriously considering, but we’d at least consider the alternative before it.

A good TV let down by serious input lag issues that will displease gamers. It’s worth considering for everyone else, but there’s no shortage of excellent TVs at this price.

Next, read more TV reviews or take a look at our best TVs round-up