If there’s one TV this year we really wish had been delivered to us already mounted onto its stand, it’s the 55PFL7007T. It’s not just that its 55-inch screen making it a substantial bit of kit to lug about, the mechanism for attaching the stand to the TV is seriously fiddly.

There is at least a substantial pay off for your hard construction work, though. For as well as looking and feeling splendidly heavy duty, the stand with the 55PFL7007T contains the set’s speakers. We’ll find out later how well this novel approach to TV audio works out, but in principle it seems a better idea than trying to get decent sound out of the exceptionally slender space afforded by the screen’s bodywork. 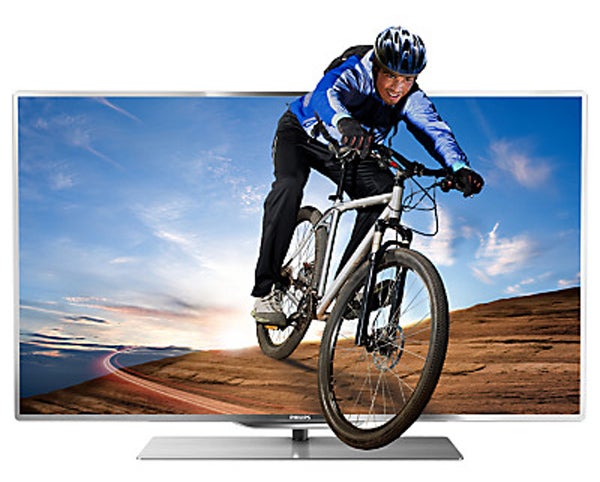 The 55PFL7007T really is a spectacular sight. Seeing so much screen hanging in a glinting metallic frame barely 1cm wide is a pleasure that never grows old – especially as Philips has gone further than many of its peers by retaining the slenderness even along the bottom edge.

Ambilight
This being a Philips TV, the already lovely design is also illuminated – literally – by Ambilight, which finds LEDs ranged down the TV’s rear sides firing coloured light out from the screen’s left and right sides. This light can be set to match – with startling accuracy in terms of both tone and locality – the colour information in the picture you’re watching. Ambilight might not be everyone’s cup of tea, and is best run on one of its relatively ‘mellow’ settings. But personally it’s a feature we always enjoy for both its immersive and eye-relaxing aspects.

The 55PFL7007T is exceptionally well connected. Especially noticeable is the provision of five HDMIs when every other UK TV brand currently tops out at four. The inclusion of three USBs, built-in Wi-Fi, a LAN port and a D-Sub PC port, meanwhile, proves that the 55PFL7007T takes its multimedia duties suitably seriously.

Multimedia playback
For instance, the set can play back a really extensive range of photo, video, and music format types from USB storage devices or networked Macs/PCs. Or it can take you online with the Philips Smart TV platform.

This platform is reasonably well presented; includes Skype and a Web browser; and benefits in usability terms from the inclusion on the rear of the remote control of a full QWERTY keyboard. There are a few good services too, including Facebook and Twitter apps, along with video highlights of the BBC iPlayer, Blinkbox, and Acetrax. 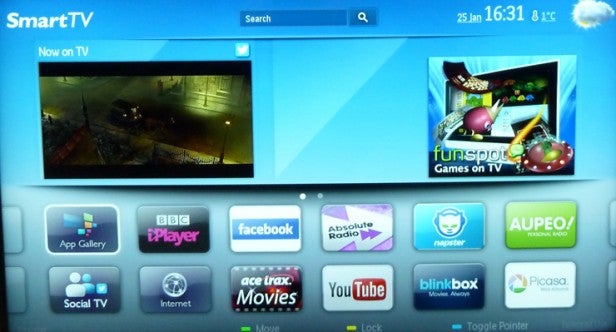 It’s impossible to ignore the fact that the Philips online platform is some way off the pace being set in this area by the likes of Samsung, LG, Panasonic and Sony. In particular it would be great to see more UK TV channel catch up services along with LoveFilm and Netflix. But it’s clear the infrastructure for a strong online platform is present and correct, so hopefully getting more services on board is just a matter of time.

High level picture tech
The picture technology driving the 55PFL7007T’s full HD, edge-LED panel is fairly high level. It’s got active 3D playback for a start (with one pair of glasses included). Plus it claims an ‘800Hz’ motion handling rate that’s one of the highest in the industry, and it boasts Philips’ Pixel Precise HD processing system.

This isn’t the top tier of processing Philips has in its locker; that honour belongs to the Perfect Pixel HD system found on PFL8007 and PFL9707 models. But even a second-tier processing engine from Philips is more powerful than most, and on the 55PFL7007T it stretches its processing tentacles over pretty much every aspect of the set’s picture performance.