Although this might seem an odd thing to say at the start of a plasma TV review, it’s really noticeable right now how almost everyone is pulling out of the rear projection TV market. Why bring this fact up here? Because it’s likely down to TVs like the 50PF9631D that the rear projection market is finding life so hard.


For not so long ago you’d be looking at prices far north of three grand to secure yourself a flat TV of 50in or more, while rear projection offerings of the same size could be had for under £2k. But today we have before us not only a 50in plasma TV from a usually premium brand going for £1,975, but a 50in plasma TV that’s anything but basic in its specification.


You only have to look at it to see it’s no plasticky cheap job, as it glistens with quality thanks to its glossy black bezel. It even sports Philips’ Ambilight technology, whereby fluorescent tubes down the TV’s sides throw out pools of light that can be coloured in sympathy with the main colour tones of the picture. What’s more, the 50PF9631D’s Ambilight system is the ‘stereo’ incarnation, whereby different colours can be emitted from each side. 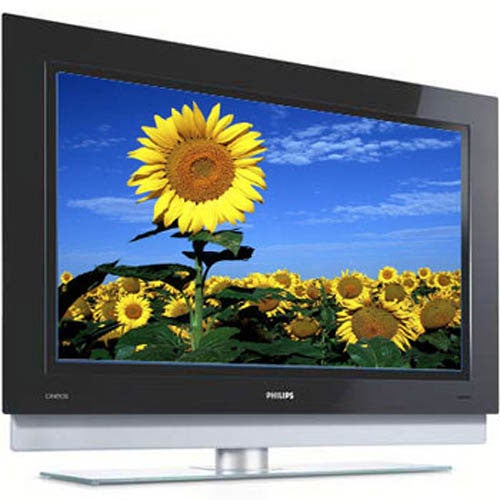 Although Ambilight has a utility as well as an aesthetic function in that it’s proven to make the viewing experience more relaxing, its potential significance to the 50PF9631D’s performance pales by comparison to the likely impact of arguably the TV’s most important feature: Pixel Plus 2 HD processing engine.


Pixel Plus 2 is a proprietary Philips image-boosting system renowned for its beneficial impact on colours, edging and especially fine detail, so we’re certainly pleased to find it living on such an affordable big-screen TV as this one.


That said, Pixel Plus 2 HD is not the very latest version of Pixel Plus; a third generation complete with some impressive new noise reduction techniques can be found on Philips’ high-end flat TV models. But Pixel Plus 2 remains impressive in its own right.

Another significant finding on the 50PF9631D is a digital tuner, complete with customary back up features like a 7-day electronic programme guide and the facility to set reminders for upcoming programmes.


There are so many other more minor features contained within the 50PF9631D’s onscreen menus that they actually make its operating system a little unwieldy at times, despite the best efforts of a likeable remote control. But we’d definitely recommend that you muster the courage to explore what the TV has to offer, for tucked away in the menus are such gems as MPEG noise reduction for tidying up digital broadcasts; an Active Control function that can adjust a variety of image elements automatically to optimise an incoming picture; a contrast booster; and Philips’ Digital Natural Motion technology for making moving objects cross the screen more clearly and cleanly.


To be honest we’re not sure we like the impact of DNM – it tends to make us feel a bit queasy. But at least it’s only an option you can turn off if you’re not happy with it. 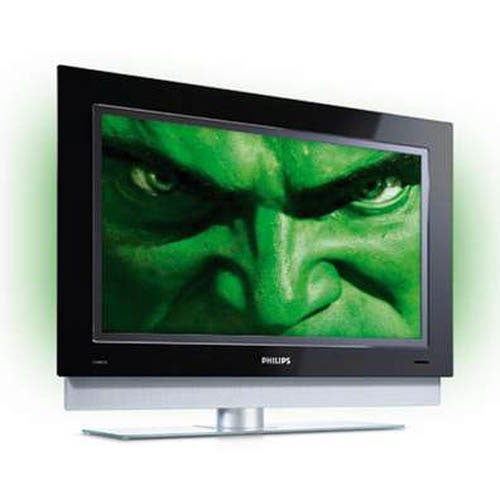 Before we get into the picture standards delivered by all the 50PF9631D’s promising technologies, we should look at its connections. For as well as ticking our favourite HD boxes by including two HDMIs and a set of component jacks, you also get a USB port for streaming in such digital media files as MP3s, MPEG 1 and 2 movies, plus JPEG stills; and digital audio inputs and outputs. The only connection niggle is that there’s no D-Sub PC input, leaving the HDMIs as your only PC option.


Finally putting the 50PF9631D to work on a few of our favourite sources, we have to admit we felt a touch disappointed with the way its pictures turn out. The main over-riding problem is that there are sometimes quite considerable amounts of noise in the picture.


For instance, with digital tuner broadcasts from Sky or Freeview the set tends to rather exaggerate MPEG decoder blocking and mosquito noise, even with the TV’s various noise reduction routines in operation. What’s more, we’re not just talking about standard definition here; even high definition images can look a touch rough around the edges.

There’s also evidence of general dot crawl noise we suspect is caused by the way Pixel Plus 2 HD operates in conjunction with Philips’ plasma panel technology. And finally fast horizontal motion tends to be accompanied by fizzing dots over harsh edges or skin-tone peaks. Another more minor problem sees the picture being a touch dominated by green tones, especially during dark scenes.


Just because we’ve started with the bad points about the 50PF9631D, though, doesn’t necessarily mean they’re completely dominant in the picture mix. For instance, while the slightly dominant green tone is unquestionable, you’ll probably be more struck overall by how pleasingly rich and vibrant the colour palette looks. 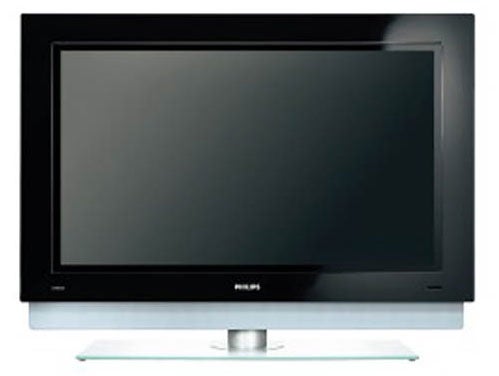 Similarly, while Pixel Plus 2 HD does generate noise, it also helps pictures look at times stunningly sharp and textured. This is especially true with high definition, of course, but it’s also striking how much clearer and ‘higher definition’ the 50PF9631D looks with standard def sources too – albeit at the expense of a slightly harsh overall finish.


The TV’s black levels are outstanding too, reaching extreme depths without sacrificing the sort of subtle shadow detailing that brings dark scenes to three-dimensional life. And while motion might be blighted at times by fizzing noise, at least it doesn’t blur in the way it does on many screens that use rival LCD technology.


The 50PF9631D’s audio is also a positive factor in the TV’s overall fortunes, delivering decent power, authority and clarity. A little more bass and we’d have been talking true sonic excellence, in fact.


Ultimately the 50PF9631D’s picture flaws suggest that Philips’ core plasma panel technology is perhaps not quite as up to partnering Pixel Plus technology as the company’s LCD technology. But the overall image quality is still solid, and a huge feature count makes sure the set looks fair value at under £2000.