A few weeks back we tested and loved the first of Philips’ new generation of LCD TVs, the 32PFL9632D. But for all our appreciation of that genuinely groundbreaking 32in model, there was one thing about it we would love to have changed: its size. To be frank, it just wasn’t big enough to a) totally satisfy our home entertainment dreams or b) show off Philips’ image processing cleverness to its best advantage.


You can understand our excitement, then, as we hoik onto our test benches the 47PFL9632D: a bigger brother of the 32PFL9632D which measures in at a delicious 47in. Provided this relative behemoth can reinforce just how good Philips’ LCD picture quality now is rather than suddenly revealing flaws that we couldn’t see on the 32in version, it has the potential to be very special indeed.


Aesthetically it’s certainly a winner. The shiny piano black finish of the bezel offset against a matt outer frame looks if anything better at 47in than it does at 32in. And of course, the set receives an extra style boost from Philips’ Ambilight technology, which generates coloured light around the TV in sympathy with the colour content of the image you’re watching. 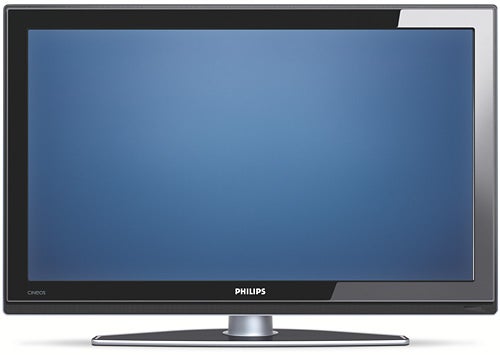 Admittedly this is a relatively subdued version of Ambilight compared with the disco-esque extravagance of the Philips ‘Aurea’ set we checked out a couple of weeks back. And so rather than colouring up the entire front bezel, it features just two LED strip lights: one to the rear left of the screen, and one to the rear right. But we have little doubt that some people will actually prefer the subtler pools of ambient lighting the 47PFL9632D throws out in comparison to Aurea’s pyrotechnics. Plus you can get the 47PFL9632D for a fraction of the Aurea screen’s price, even though the Aurea model (42PFL9900D) we tested was only 42in across, not 47in.


Before getting stuck into the prodigious features count of this full HD TV, we ought to first cover its connectivity as there are one or two interesting factors to report. For starters you get a healthy three HDMIs, together with a component input for analogue HD sources like the original Xbox 360.


There’s also PC interface support and even a USB port via which you can play JPEG, MP3, .alb slideshow and MPEG 1 and 2 video files. It’s good to see Philips persevering with such multimedia support even though surprisingly few rival brands currently seem interested in following its lead.

Turning our attention now to the guts of the 47PFL9632D, we find its pictures driven by a really powerful trio of innovations.


For starters, the screen eschews LCD’s familiar single backlight in favour of Clear LCD technology, whereby an array of controllable Hot Cathode Fluorescent Lights can be manipulated so as to reproduce a scanning effect like that seen on old CRT TVs. Why ape such a dated technology? Because for all CRT’s bulkiness and ‘analogueness’, its scanning electron beam helped it produce motion with a sharpness and smoothness that the vast majority of flat TVs can only dream about.


It should also be said that being able to control the luminance of different parts of the screen individually opens up the prospects for some far deeper black levels than you could expect with a single, static backlight.

The next big ace up the 47PFL9632D’s sleeve is its 14-bit colour processor, which should have the power to deliver a much wider, subtler colour palette than anything seen on previous Philips LCD generations.


For my money, though, the single most critical aspect of the 47PFL9632D’s picture engine is something Philips likes to call Perfect Pixel Engine HD. This is actually an umbrella term for a swathe of different picture processes headed up by 100Hz. With LCD TVs, 100Hz is used to double the normal PAL scanning rate of the picture to try and make moving objects appear with more clarity than is normally possible with LCD technology.


Also key to the Perfect Pixel Engine is a massively revamped version of Philips’ old Digital Natural Motion system. Now dubbed HD Natural Motion, it’s had its power souped up to handle the extra data present in HD sources and do a more intelligent job of interpolating the extra frames of image data it uses to make movement across the screen look smoother. 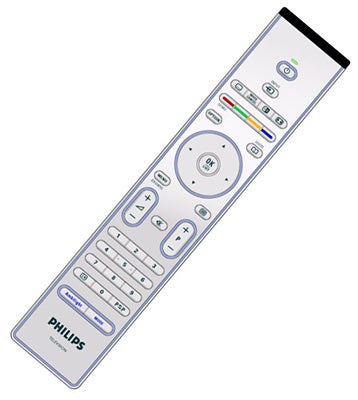 
All the building blocks of Philips’ old Pixel Plus technology are also subsumed within the Perfect Pixel Engine, including the addition of extra fine detail to standard definition sources, plus sophisticated noise reduction routines designed to tackle both inherent source noise and noise potentially created as a side effect of all the heavy image processing going on.


Tucked within the 47PFL9632D’s seemingly endless onscreen menus are countless user options, including the facility to adjust the ‘heaviness’ with which some of the above features go about their business, and plenty more features that we really can’t go into here without boring you senseless. All you need to know is that the only TV we can think of that can boast more features than the 47PFL9632D is Philips’ own Aurea TV.

And so to the moment of truth: does the 47in screen emphasise the greatness of Philips’ processing engine, or does it reveal some unexpected flaws?


Fed with the strikingly good HD DVD transfer of ”Blade Runner”, it doesn’t take long to choose the ‘greatness’ option. For starters, we’ve yet to see any flat TV of this sort of size deliver such a remarkably sharp and detailed picture. All the amazing detail that makes Ridley Scott’s vision of a city of the not too distant future so strikingly believable and beautiful is rendered with breath-taking accuracy, generating even more respect for the HD remastering of the film than we had before.


Colours are dazzlingly vibrant too, with the huge floating billboards that inch across the city sky exploding from the screen in a burst of retina-burning glory that perfectly captures their deliberate hyper-intensity versus the rather subdued palette of anything in the city that isn’t neon. 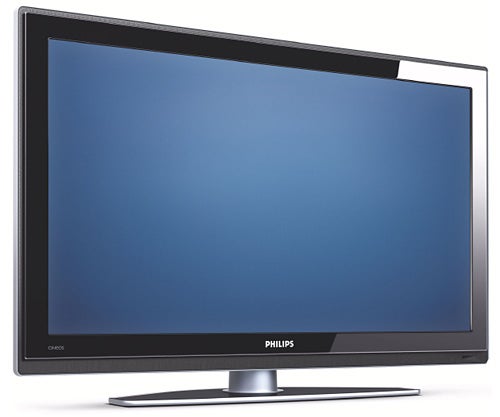 Crucially, though, the new 14-bit colour system ensures that the screen also does an immaculate job with all those subtler tones that play across faces and drab walls, even during ”Blade Runner’s” many tricky dark sequences.


Next to impress is the TV’s handling of motion. As Deckard chases the first Replicant down a crowded street, the processing makes every element of the image, from the camera pans to the reams of motion within the frame, pass by without a trace of judder or lost resolution. Admittedly there’s the occasional gentle shimmering ‘halo’ around the edges of some of the people, but for me this artefact is a small price to pay for the pleasure of not seeing the kind of motion blur you find on practically every other large LCD TV. In any case, you can minimise the halo effect by making sure you keep the screen’s various processing elements set to a pretty low intensity.


Last but certainly not least among the 47PFL9632D’s talents is its black level response. Thanks to the ClearLCD backlight system and what’s clearly a very adept dynamic contrast processor that dims the backlight in response to how dark the image content is, the night sky against which Deckard plays out his final confrontation with Roy Batty looks remarkably dark and unflattened by the usual flat TV greyness.

So really our only concern about the 47PFL9632D’s pictures is that you have to work pretty hard on them to achieve the glorious results we’ve just described. Leave a setting or two wrong, and things deteriorate markedly. The HD Natural Motion and various noise reduction circuits are particularly troublesome in this regard, as they have the potential to cause all kinds of unpleasantness (smearing, haloing, blocking) if set too high, or used on the wrong sort of source material. In fact, you may well find yourself revisiting some of the picture settings quite regularly to adjust certain things for particular kinds of source. 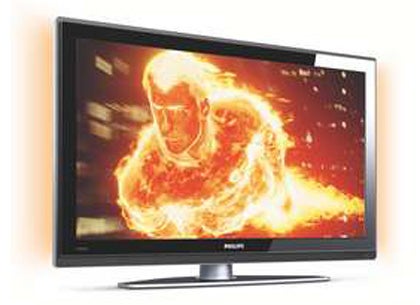 While this might sound aggravating, at least you can console yourself with the thought that the rewards for your efforts are nothing short of spectacular.


The 47PFL9632D isn’t as spectacular sonically as it is with its pictures. With a rated power output of just 2x8W, there just isn’t enough oomph in the soundstage to deliver the sort of frequency range or sense of immersion that the best TVs manage. That said, vocals are always clear, trebles aren’t harsh, and there’s just about enough bass to add a little meat to ”Blade Runner’s” pistol shots.


A fearsomely sophisticated TV capable of producing pictures to die for – so long as you’re committed to spending a bit more time than usual fiddling around in the copious onscreen menus.