The 43PUS6262 is an ultra-cheap 4K LCD TV. Furthermore, it carries support for HDR – and it has a killer feature: Ambilight.

Given that the prices of 4K models are coming down pretty swiftly, TVs that enter the space now need something special to help them stand out from the crowd. For Philips this is its Ambilight mood-lighting feature. The technology is a perennial trump card for TP Vision, the company that makes Philips TVs, and it’s great to see it appearing further down the range. So if you are penny-wise, there’s a chance this model could be for you. 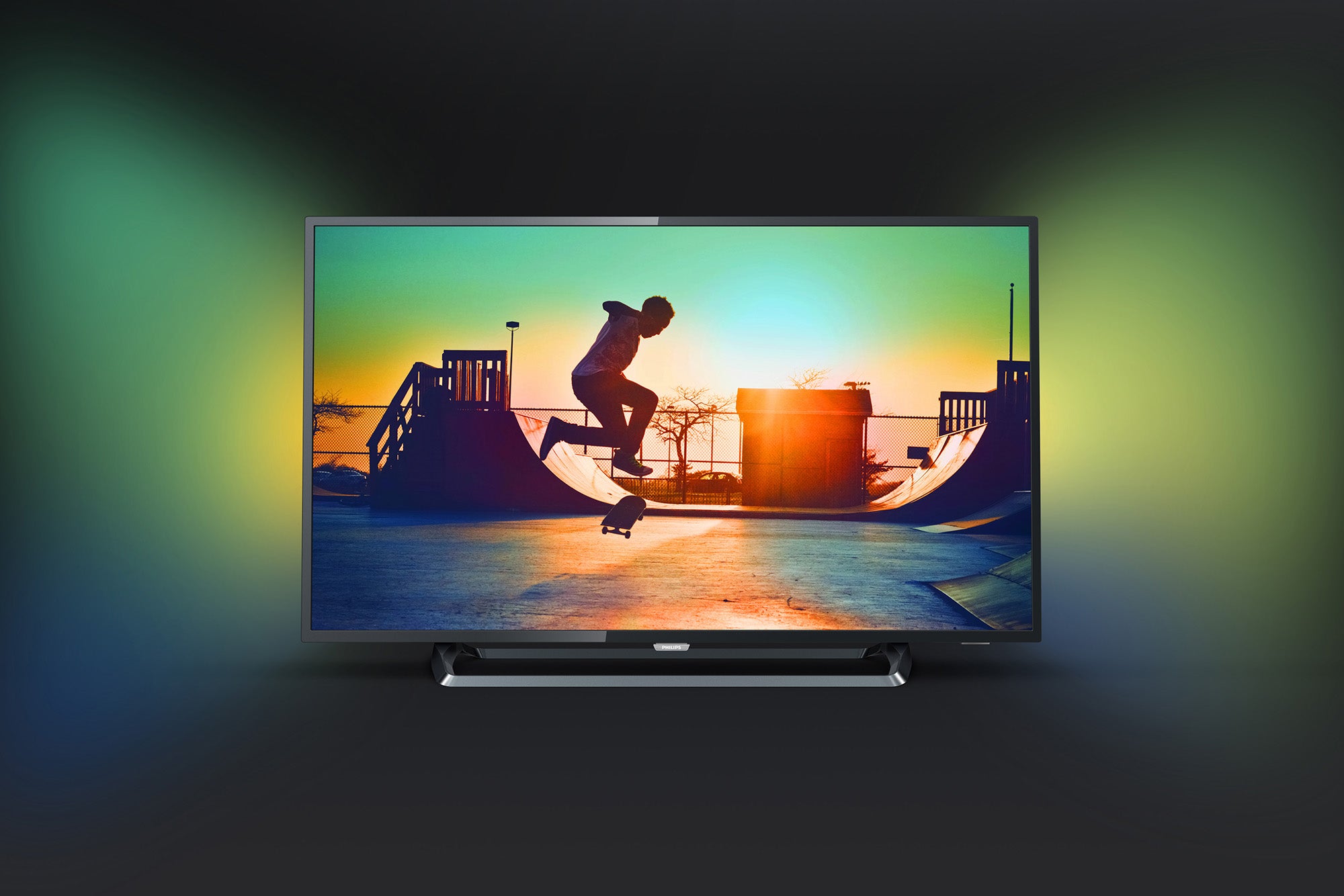 Cosmetically, Philips flatters to deceive. Although the set’s thin pedestal sports a gunmetal look, it’s actually lightweight plastic. The bezel is at least an exact colour match. A metallic Philips logo resides on the bottom of the screen.

Connections include a trio of HDMI inputs, all of which are HDCP 2.2-compliant, allowing you to hook-up 4K sources such as a TV box, UHD Blu-ray player and games console. There’s also component AV for legacy kit, two USB ports, optical digital audio output, Ethernet to accompany Wi-Fi, and both terrestrial and satellite tuners.

This 43-inch set has everything the savvy modern TV buyer should be looking for. It’s a connected set with streaming services and a Freeview Play tuner – and, in addition to 2160p resolution, it boasts support for HDR.

The IR remote is quite clicky, but the set has a quad-core processor and responds quickly to commands. Menu navigation is intuitive. 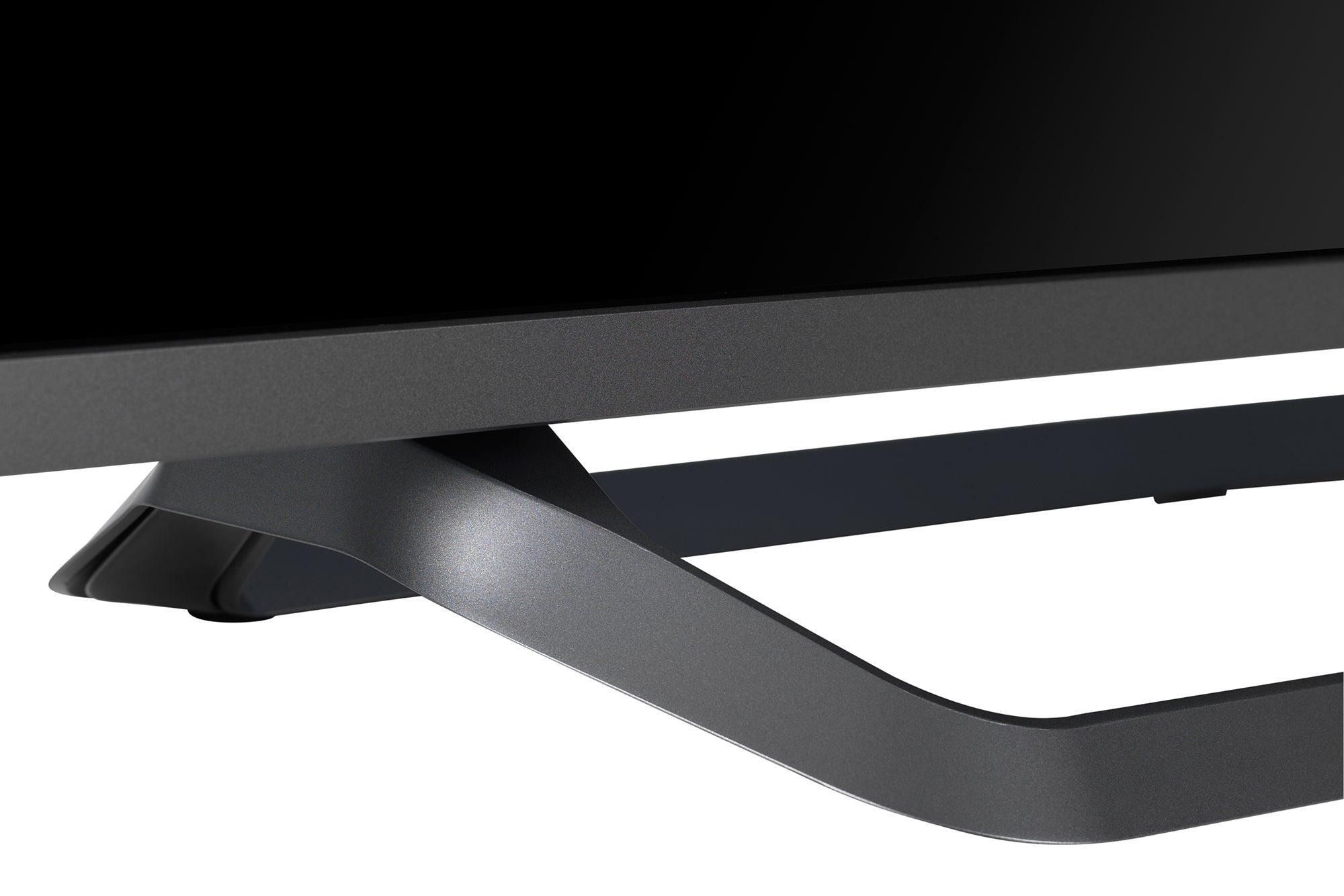 The inclusion of Freeview Play ensures all the main catch-up services are available (BBC iPlayer, ITV Hub, All 4, Demand 5), as well as UKTV Play and BBC News & Sport. The overall user experience is highly polished.

Philips’ own smart hub provides an alternative window on the same catch-up apps, as well as wide number of others including Netflix, YouTube, Amazon Video and Vimeo. Netflix streams in 4K HDR, while Amazon is (currently) 4K only. There’s also support for YouTube 4K streams.

The TV is DLNA-compliant and has no problems playing back music and video files from a networked NAS. It recognised our Twonky media server and played MKV downloads without issue.

If you want 3D, though, you’ll have to look elsewhere. 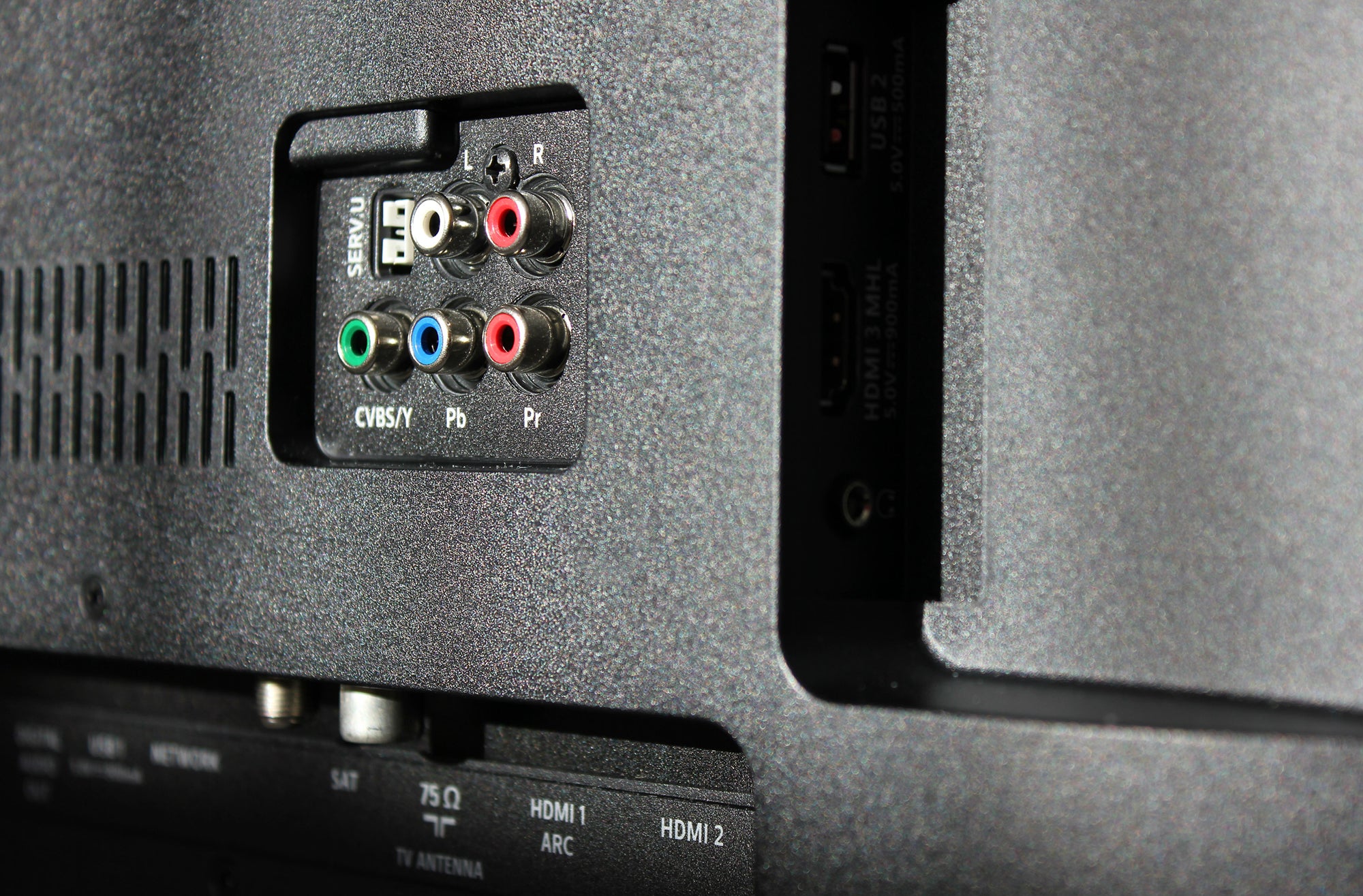 This flat panel offers a suitably sharp UHD picture, but it’s hardly the brightest TV on the show floor. As a result, I’d advise you to manage those HDR expectations right now. It looks crisp with Freeview HD and Sky Q 4K sources.

Tweaking brings only limited results. In terms of sharpness, it isn’t possible to completely eliminate ringing around fine details. Edge enhancement is seemingly baked into the picture engine. We found the best option was a sharpness setting of 2. 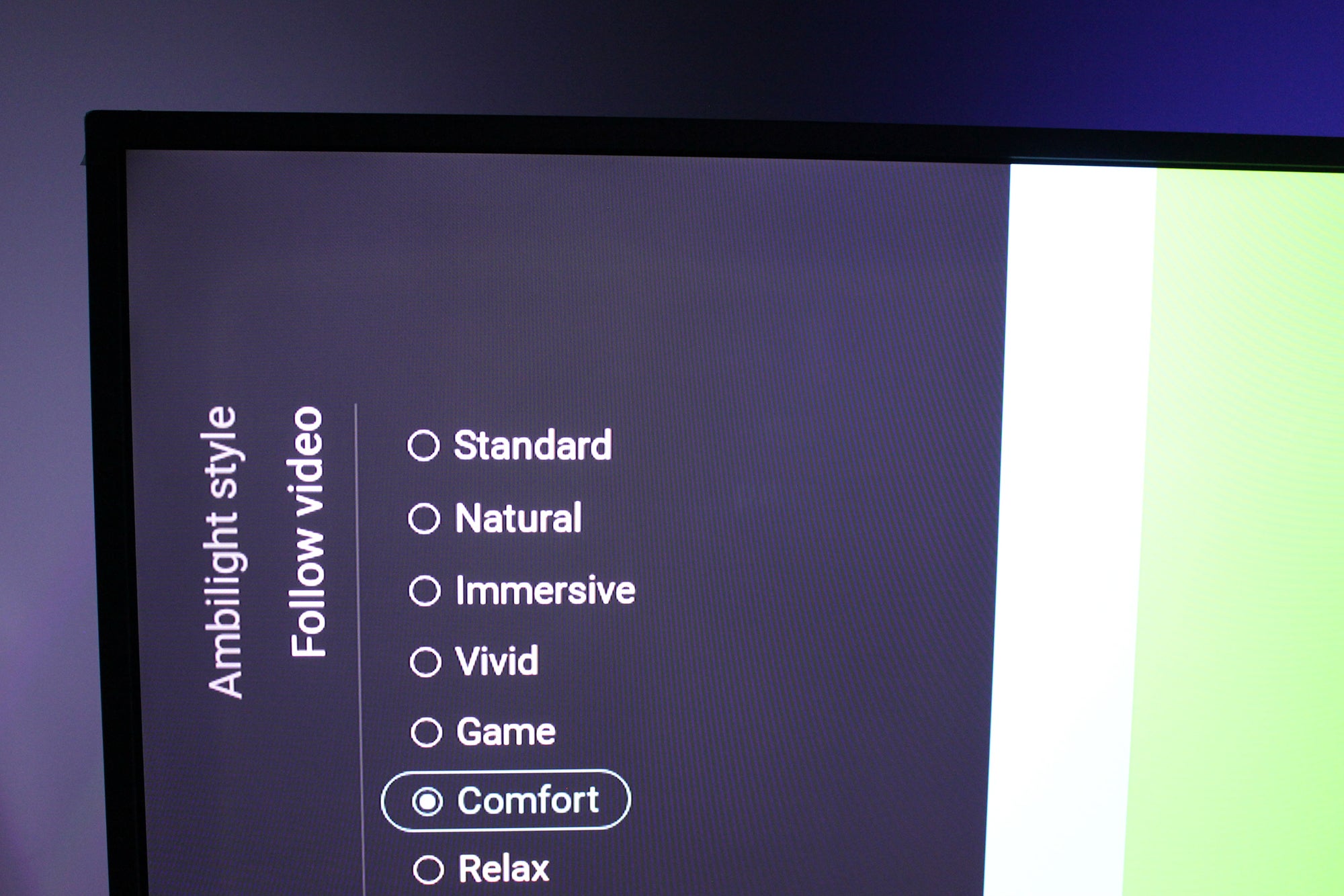 On low-cost screens such as this, processing power is principally directed at smoothing pans and eliminating judder, with a consequence that images can look a little ‘soapy’ if the application is overly aggressive. When watching films, select Off or Movies from the Motion Style menu. Sports, Smooth and Standard all introduce motion artefacts – although, oddly, Standard and Smooth exhibit more smudgy artefacts than Sports.

The set has no problem delineating 4K detail, although restricted brightness can flatten ultra-fine detail. For example, the HDR Movie mode is very dull indeed, enough to eliminate gains in perceived resolution. If you want to see fine detail, HDR Vivid or HDR Natural are better options. And, of course, there’s the viewing distance to consider. On a small screen such as this, you simply won’t benefit from UHD resolution at typical viewing distances. So pull that chair up close. 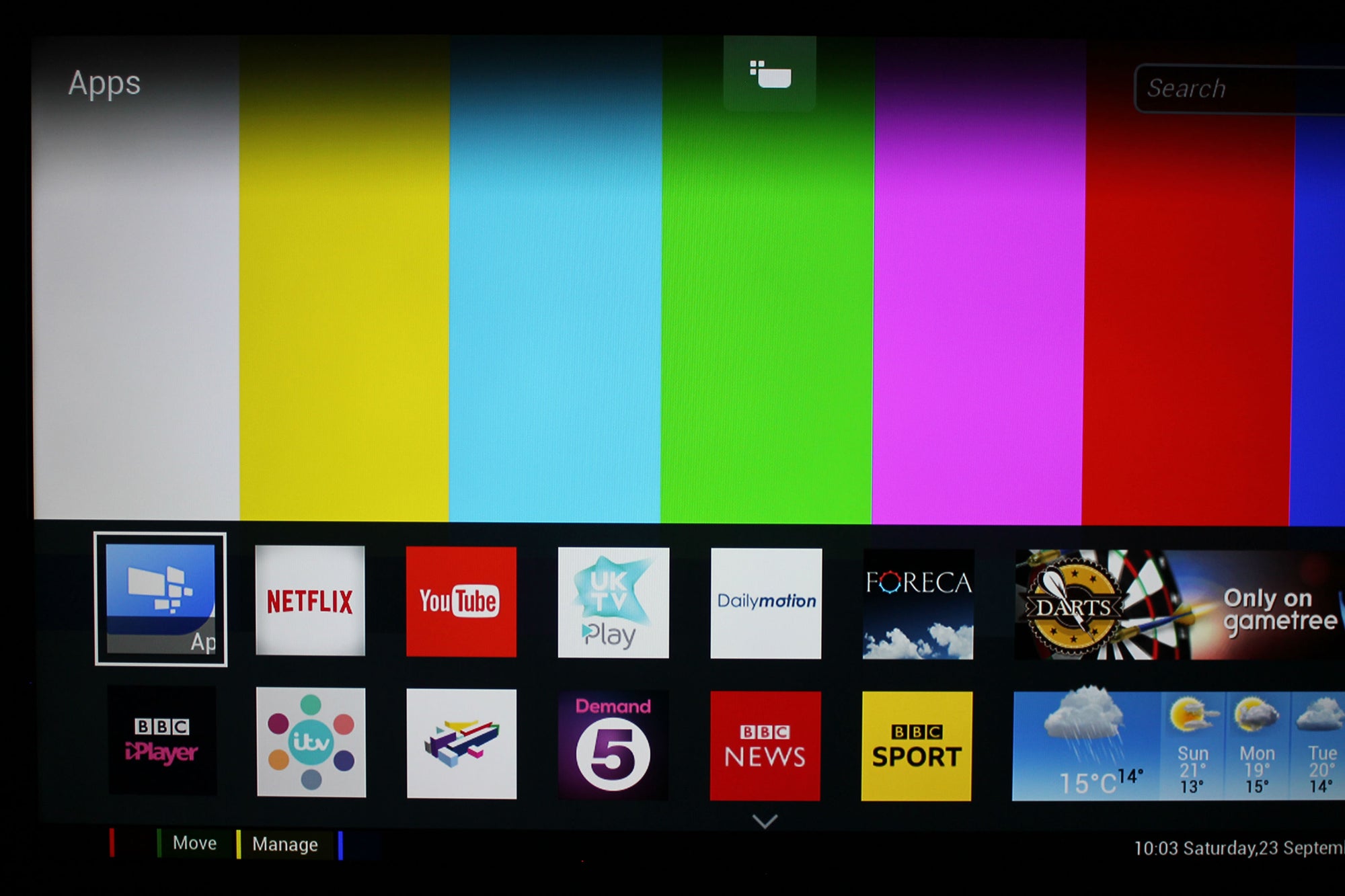 Of course, offering HDR support isn’t the same as delivering solid HDR performance. This set simply isn’t bright enough to ping out spectral highlights. I measured peak HDR luminance with a 5% window at 358 nits. One consequence of running HDR10 video into such a screen is that the set can make content look surprisingly dark.

Ultimately, I preferred the performance of this TV with SDR 4K content. It also looks tremendous with regular Blu-ray. Christopher Nolan’s Interstellar shines: when Matthew McConaughey attends game with his family (Chapter 3), the brightness of the day, the richness of the colours, is immediately satisfying. The sky is a scintillating blue; the pitch is green; sunlight beams.

Naturally, sound quality is largely unremarkable. There’s a variety of audio modes on offer – Personal, Original, Movie, Music, Game and News. But, to be honest, most are just a variation on ‘must get a soundbar’. 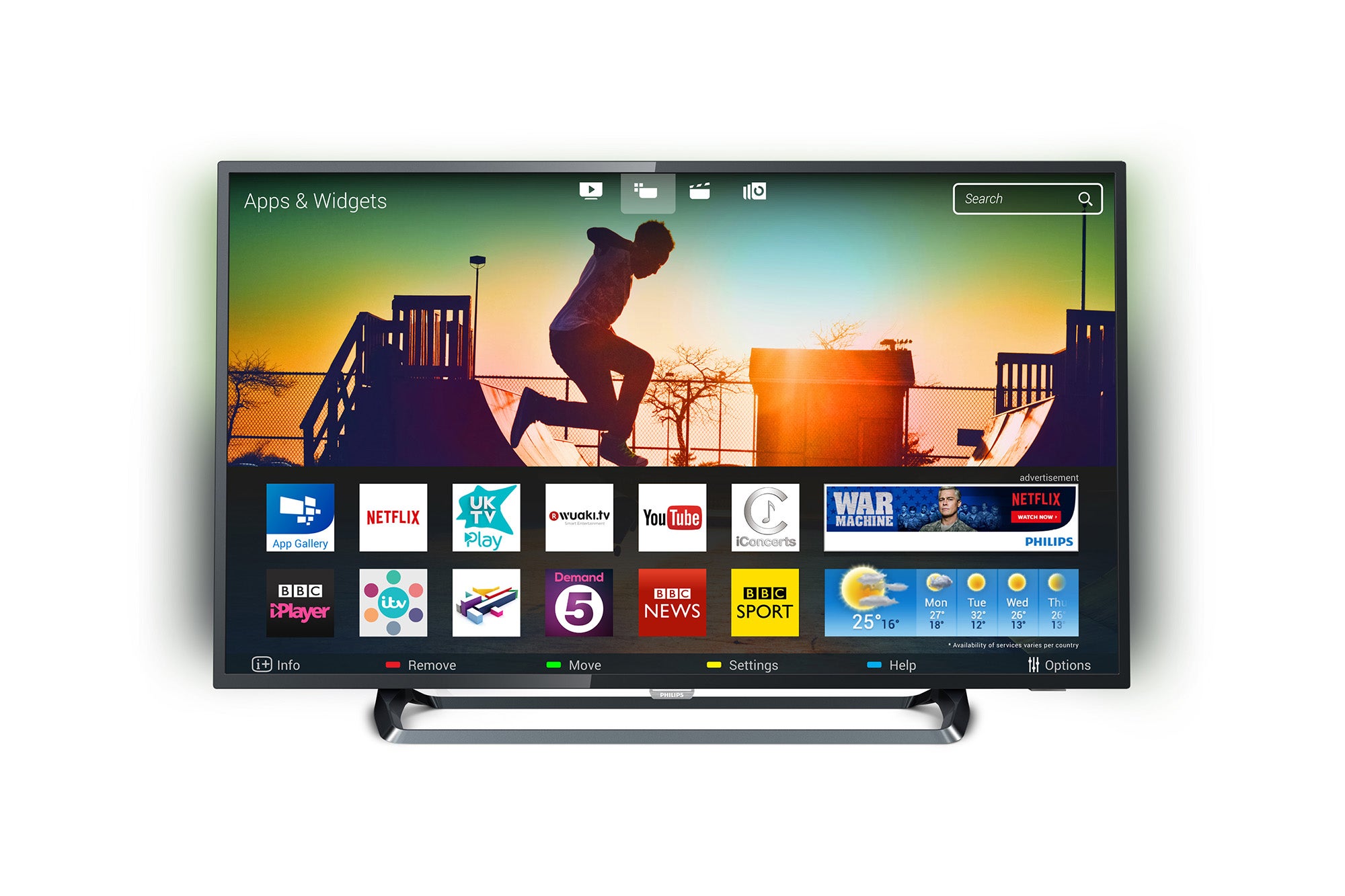 If you want a brilliantly specified small-screen UHD TV for less than £500, then the answer is a resounding ‘yes’. The Philips 43PUS6262 has a great set of features, with a healthy slate of streaming services and catch-up TV, wall-splashing Ambilight and a decent picture. What’s more, you won’t need to upgrade your Blu-ray collection, because SDR HD looks fine! If you want HDR, however, you’ll want to look elsewhere, perhaps the Sony XE70 series.