After dipping my toes in Philips’ mid-range waters last week, we’re back in flagship territory today with the 42in 42PFL9664. And the first thing to say about it is that it’s really, really thin.


The bezel is just 25mm across, and even more strikingly, the TV sticks out a mere 49mm round the back. And before you ask, no, there’s not an edge-lit LED in sight. This is ‘straight’ LCD technology, only thinner.


As I’ve often noted before, I’m not generally particularly excited by the prospect of a very slim TV. After all, who’s going to notice a missing inch or two of butt when a TV is hanging on a wall or pushed into a corner? 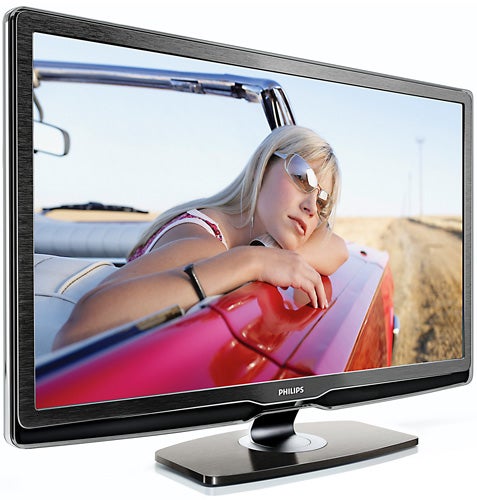 But in the 42PFL9664’s case, I will at least concede that its slimness really does help make it one of this season’s more attractive TVs. Especially as Philips has managed to squeeze a ‘stereo’ version of its unique Ambilight Spectra system on there, whereby LEDs down the TV’s rear sides pump out light in sympathy with the colour content of the image you’re watching.


The only negative thing I might say about the design is that the two-tone grey and black fascia might be just a touch masculine for some people’s tastes. But then I always was a big girl’s blouse.


There’s nothing at all negative to be said about the 42PFL9664’s connections. A class-leading five HDMIs lead the way (four on the back, one down the side), amply supported among other things by a USB input that can play all manner of weird and wonderful multimedia file formats; a dedicated PC port; and an Ethernet port. While this latter jack can be used to access files stored on a PC, it also reminds us of the Net TV functionality sported by Philips’ 9000 series TVs.

I won’t go into great detail on Net TV again here, having already explored it thoroughly in earlier reviews (especially the 32PFL9604). Suffice it to say that it’s for my money easily the best of the current online services offered via a TV, partly thanks to the amount of content that’s been specially formatted to work with your TV remote, but mostly because Philips is the first mainstream brand to grant you unfettered access via your TV to the World Wide Web at large.


Obviously, the interface for exploring the web isn’t as simple or helpful as that of a normal PC. But it’s about as streamlined as it will ever be unless Philips does the sensible thing and launches an optional keyboard/mouse kit.


One last key point about the 42PFL9664’s online functionality is the fact that while you can use the Ethernet port, the TV also has built-in Wi-Fi as standard – another major advantage over rival online TVs.

As I’d expect of a TV from Philips’ flagship 9000 Series, it’s wall-to-wall with high-powered video processing – most of which falls under the headline title of Perfect Pixel HD.


This comprises a number of elements aimed at different facets of the picture – indeed, the latest generation of Perfect Pixel HD as sported by the 42PFL9664 works on pretty much ”every” aspect of a TV picture, thanks to the addition of new Perfect Contrast and Perfect Colour elements. 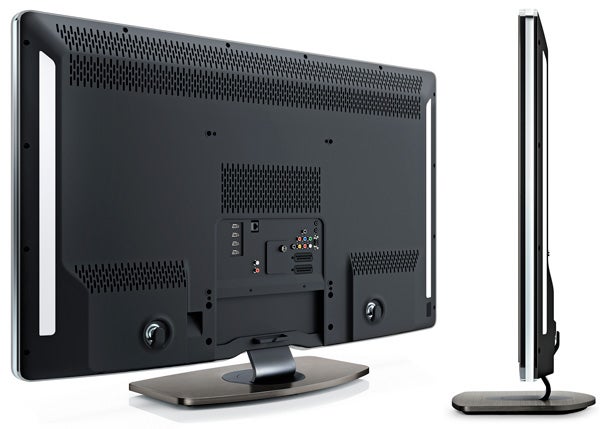 The 42PFL9664’s motion handling also warrants some special attention. For as well as using Perfect Natural Motion to estimate and interpolate extra frames of image data, to remove judder, Philips claims that the TV has 200Hz processing.


However, there’s a catch. For the reality is that at the moment, the only brands offering screens capable of a true 200Hz output are Sony and Samsung. What the Philips 200Hz models actually do is combine 100Hz processing with a scanning backlight running at a 50 per cent duty cycle to produce what Philips will doubtless hate me calling a ‘pseudo’ 200Hz system.


To be fair, Philips does at least acknowledge this in its marketing materials for the 42PFL9664 (unlike LG!). And even Samsung at a recent product presentation had to admit that Philips was exceptionally good at using scanning backlight technology. But in a TV world where the whole Hz message seems to be getting increasingly distorted and confused, it’s important to try and make sure you know exactly how different manufacturers’ xxxHz claims are derived. 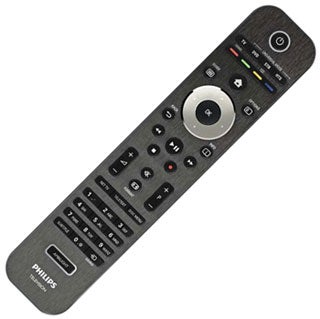 As with any Philips flagship TV, the 42PFL9664’s onscreen menus are immensely long, so extensive is the amount of features and tweaks they contain. These tweaks are largely based around the fact that you can adjust just about every element of the Perfect Pixel HD system. While potentially intimidating to technophobes, though, offering such a degree of flexibility is actually key to the TV’s success, for reasons we’ll cover later.


If you really don’t fancy regularly spending quality time with the 42PFL9664’s endless picture options, though, then at least the TV walks you through a series of very simple picture ‘choices’ when you first switch it on, designed to help the TV optimise its picture settings for you.

After being ever so slightly disappointed by the pictures of one of Philips’ mid-range TVs last week, the 42PFL8404, I approached the 42PFL9664’s images with a touch of trepidation. Especially as its claimed contrast ratio is the same 80,000:1 figure quoted by the 42PFL8404, which for me exhibited definite signs of LCD’s grey mist problem when trying to show dark scenes.


But thankfully my concerns prove entirely unwarranted. The Perfect Contrast bit of the 42PFL9664’s Perfect Pixel HD engine enables it to deliver clearly superior black level response to that of its cheaper sibling. I wouldn’t say there’s no greyness at all; Philips LED models can go even deeper, and thus portray more detail in dark picture areas. But by ‘straight’ LCD standards the 42PFL9664’s handling of dark scenes is excellent.


Its motion handing is also very impressive indeed. Philips’ motion handling processing has historically generated some serious debate in AV circles, with some people just unable to live with the visible side effects the processing engine can sometimes generate. But the latest Perfect Pixel HD engine takes another huge stride towards eradicating these artefacts. 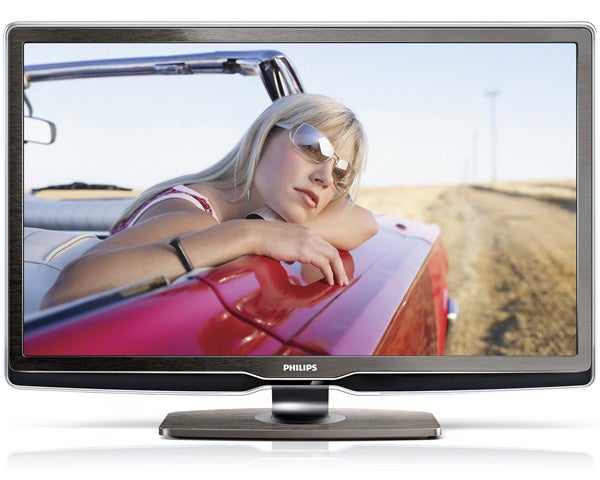 They’re not completely gone; edges of moving objects can still sometimes show a sort of shimmering halo around them, and really fast motion can occasionally flicker. However, the regularity and severity with which these problems arise is vastly reduced even over last year’s flagship Philips TVs – so long, at least, that you’re careful with some of the picture processing settings. For instance, make sure you only set the HD Natural Motion system to minimum for films, and potentially turn it off completely for anything sporty you might be watching.


With the pseudo-200Hz system also doing a subtly effective job of keeping motion blur out of the picture, it’s easy to appreciate the phenomenal sharpness of the 42PFL9664’s images. HD sources are portrayed with all their detail looking almost exaggeratedly intact. But even standard definition pictures look far sharper than usual, as Philips’ exemplary rescaling processing avoids the softness and noise problems associated with lesser video engines.


Yet more good news concerns the 42PFL9664’s colours. The set employs 17-bit RGB colour processing at a time when many other TVs are struggling to get past 12 or 14-bit, and as I’d expect this results in some of the most finely defined colour blends and tonal shifts around. This fact joins forces with the great black levels and sharpness to help the 42PFL9664’s pictures look exceptionally solid and three-dimensional. As well as being subtly defined, colours are resolutely natural in tone, so long as you use the Standard or, possibly, Cinema presets.

The only issues I have with the 42PFL9664’s pictures, in fact, are mostly familiar ones. First, black levels drop off quite considerably if you have to watch the TV from a wide-ish viewing angle.


Second, with the HD Natural Motion system engaged, areas of very fine detail can occasionally flicker a touch, and small, fast-moving objects like cricket balls can appear with noticeable ghost balls following behind them. Both these issues are to do with the scanning backlight, though, and so if you find a certain source to be particularly affected you can sort things out by just turning the Natural Motion (and thus 200Hz) processing elements off.


Following on from this last point, it’s true with the 42PFL9664 as it is with so many other Philips TVs that in order to consistently get the very best from it, you do need to regularly adjust some of the set’s processing elements. In other words, you have to be more proactive than you might ideally like to be. For instance, as well as deactivating the HD Natural Motion system for sport, for god’s sake make sure you use the provided Game mode when playing console games, for otherwise the delays in producing the picture caused by the TV’s huge processing engine will lead to your face being shot off on ”Call Of Duty” with terrifying regularity. 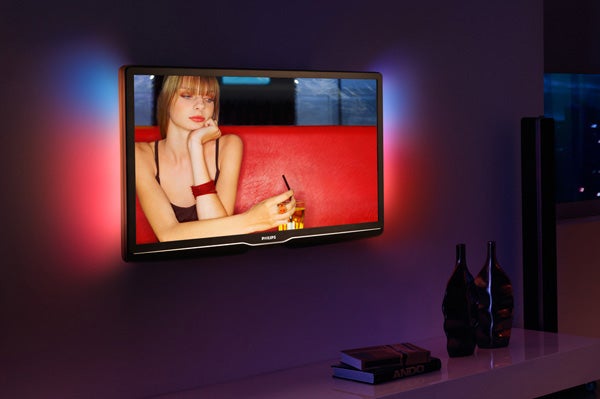 As I always point out, though, for me the key point in all this is that the picture quality reward for your time and effort is exceptionally high.


One final negative point I might add here is that the 42PFL9664’s pictures aren’t the brightest when calibrated to deliver the best colour and black level response. But this shouldn’t be a major issue in a normal living room environment – and you can certainly make the picture much brighter if you’re willing to forego a little black level response and colour neutrality.


Most flat TVs struggle to produce a convincing soundstage to accompany their pictures. But despite its puny 49mm depth, thanks to a combination of two integrated subwoofers and two dome tweeters the 42PFL9664 actually sounds remarkably powerful. It can hit genuinely cinematic volume levels without distorting, it’s very effective at reproducing the sort of subtle treble details that give a sound mix a sense of life and space, and most striking of all, it delivers some really quite deep and potent bass. In fact, the bass can occasionally sound a touch overwhelming if you don’t rein it in via the sound adjustment menus. But I’d give my right arm to be faced with a similar ‘problem’ with more rival flat TVs!


While I might have only been partially convinced by Philips’ attempt to do ‘mid-range’ last week, the 42PFL9664 continues to show that when the brand is in flagship, no-holds-barred mode, it’s very much still an innovative, original and lovably eccentric TV force to be reckoned with.