From the front, the 42PFL8404 looks fully set to be another cutting edge, feature-packed, performance, rather than price-focussed Philips TV. For its bezel really is remarkably slim – less than an inch across. Plus the design enjoys an extra futuristic touch in the shape of a see-through shroud that curves around from the TV’s back to stand a cm or so proud of the main black frame.


However, as with a large person wearing a tight corset, this seriously slender facade actually hides a rear end that sticks out surprisingly far, making the TV feel rather out of proportion. 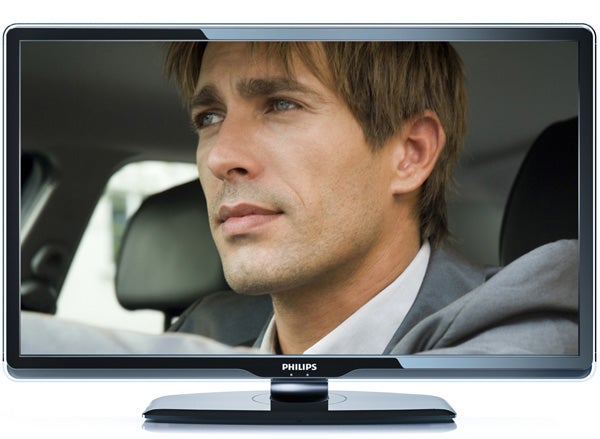 Now that a chunky butt has alerted us to the possibility that the 42PFL8404 might not be quite so envelope-pushing as I’d first anticipated, my eye falls on another important clue: Pixel Precise HD video processing.


While it’s easy to get confused by all the various pixel-focussed video processing iterations Philips has delivered over the past few years, I’m confident that Pixel Precise HD is not a name I’ve seen before. And further investigation of the name finds that it’s a new mid-range system, sitting between the aging Pixel Plus HD processing system now found on the Philips’ entry-level 5 Series models, and the all-singing, all-dancing, already proven Perfect Pixel HD system found on the brand’s new 9 Series.


To put this in more accurate context, Pixel Precise HD is essentially an evolution of Pixel Plus HD 3 and some technologies of last year’s generation of Perfect Pixel HD, able to process 250 million pixels per second compared with the 500 million pixels per second handled by the latest Perfect Pixel HD engine. It will be very interesting indeed to find out how this new mid-range processor performs ‘in the field’. Especially since, at just £999 all in, the 42PFL8404 is much more affordable than the majority of Philips’ recent TV output. 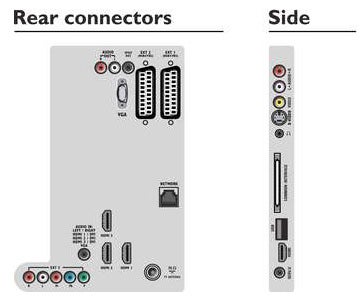 Also, it’s fair to say that while the 42PFL8404’s processing specification isn’t the latest/most powerful, its remaining feature count is still pretty extensive compared with the majority of 42in TVs that come my way.


Starting with the immediately obvious stuff, we find Ambilight Spectra 2 shining colour light sympathetic to the image content from the TV’s left and right sides; and connectivity which includes a healthy four HDMIs, a USB port, and an Ethernet port you can use for either accessing content on a DLNA-certified PC or the Internet.


As with the 32PFL9604 we looked at a while back, the ‘Net TV’ service on the 42PFL8404 is currently unique in the mainstream TV world for allowing you full access to the Internet, via a surprisingly usable interface.

For simpler ‘surfing’, though, Philips also has a selection of preferred content providers, which have designed their services especially to be accessible via a TV rather than PC operating system. Services online in this section of the Net TV proposition at the time of writing were YouTube, the WannaHaves gadget channel, the FunSpot gaming site, tunin.fm, the MeteoConsult weather service, and the myalbum.com photo storage site. 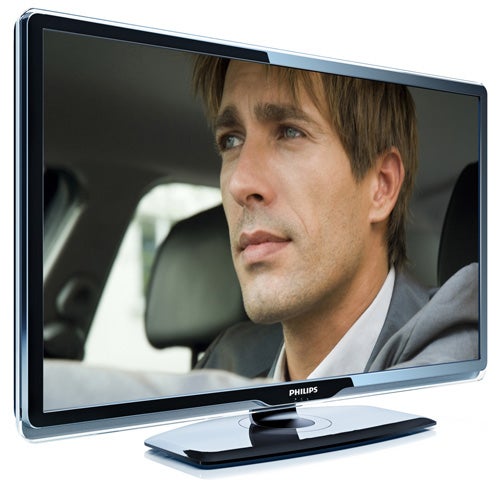 Other features of the 42PFL8404 that become apparent from a trawl through its tidy if rather monumental onscreen menu system include 100Hz processing (delivering a claimed 3ms response time); an auto-setup assistant that uses a series of still images to help you calibrate various aspects of the TV’s settings; HD Natural Motion for interpolating extra frames of image data to boost motion fluidity; and two types of noise reduction, standard 3D and MPEG.


With all this in mind, the 42PFL8404’s £999 price point is starting to look pretty good value. Provided the TV uses all of its features to deliver the AV goods, of course. 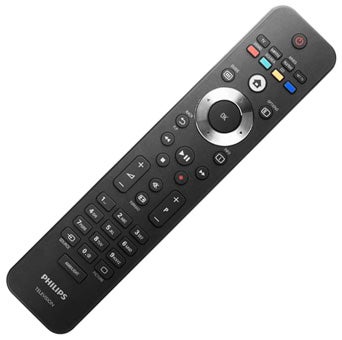 In some ways, as I would expect, the 42PFL8404 delivers pretty decent pictures. Black level response, for instance, is more than respectable versus many 42in LCD rivals. Sure, there is a degree of greyness around – certainly if you compare it with any LED-backlit TV or the best plasma sets. But the greyness is seldom distracting, and doesn’t stop the TV from producing enough shadow detail to give dark scenes a convincing sense of depth.


The HD Natural Motion circuitry, meanwhile, works in tandem with the 100Hz engine to leave motion looking almost uncannily fluid, even when watching a 1080p/24 Blu-ray. It seemed to me, too, that while maybe not as pristine in its machinations as the latest Perfect Pixel HD engine, the 42PFL8404’s motion circuitry is at least better than any Pixel Plus system when it comes to the severity of processing artefacts you have to suffer.


Colours are enjoyably vivid and dynamic too, as well as reasonably natural in tone for most of the time. And HD sources are presented with high levels of detail and sharpness.

The 42PFL8404’s pictures also have a number of flaws, however. For starters, while not as pronounced as with old Pixel Plus TVs, a marked shimmering halo can still appear around objects passing across the screen.


The processing’s attempts at boosting the image’s sharpness, meanwhile, tend to create a slightly glowing ‘ghost’ around really harshly defined edges, as well as sometimes exaggerating source noise more than the Perfect Pixel HD engine does.


Nor do colours look quite as consistently authentic as they do on Philips’ higher spec models – a function, no doubt, of the 42PFL8404’s 14-bit rather than 17-bit RGB colour processing, and the fact that the set doesn’t have Philips’ dedicated ‘Perfect Colours’ processing element.


I also felt that despite the fluidity of its motion handling, the screen suffered more with motion blur than Philips’ highest-spec screens – and a few screens from rival brands, come to that. 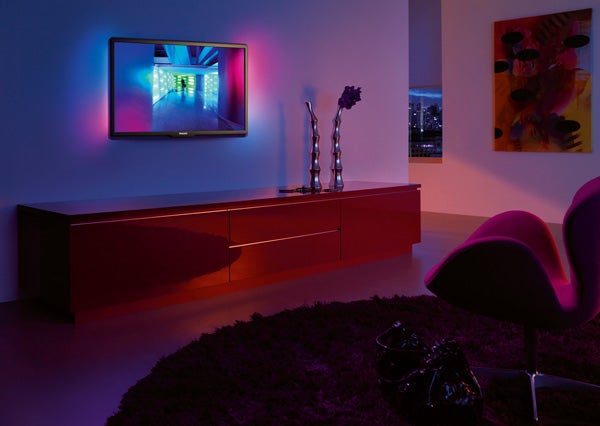 Other issues include some noticeable brightness ‘jumping’ if you use the dynamic contrast system; marked contrast reduction if you have to watch the screen from an angle (this being a very common LCD problem, obviously); and finally, while standard definition sources do look pretty crisp compared with the way they look on numerous rival brands, they don’t seem as sharp as on Philips’ Perfect Pixel HD TVs.


I realise it’s a little tricky from this list of negatives to pick out where the 42PFL8404 falls short, as you’d expect, of Philips’ top-line TVs and where it falls short, more tellingly, of rival TVs. So to keep things as simple as possible, let me just sum everything up by saying that while the 42PFL8404’s pictures are good – provided you’re careful with some of the processing settings – they’re not quite good enough to earn the TV a coveted 9 or 10 for picture quality when considered against the best Samsung and Sony have to offer for the same sort of money.


The 42PFL8404 does outgun its Samsung and Sony rivals sonically, though, delivering an appealingly dynamic, clean and potent soundstage as Philips continues to prove that decent sound and ‘flat’ TVs really can go together.


The 42PFL8404 is a very attractive, heavily featured TV with an unusually approachable price by Philips’ premium standards. The fact that it doesn’t use the brand’s top-line video processing system is pretty obvious in some aspects of its picture quality, but even a Philips TV firing on three-quarters of the brand’s cylinders is still worth at least an audition.