Everyone knows you’ve got to keep moving to stay alive in today’s cut-throat TV marketplace. But nobody seems to take this mantra quite as seriously as Philips. Every successive Philips TV generation for the last few years has introduced not only major advances in image technology, but also radically different designs. And if the new 42PFL7603D is anything to go by, this trend shows no sign of letting up – at least on the design front.


For the 42in 42PFL7603D is the first set we’ve seen from Philips’ new ‘Design Collection’ series of products, which introduces a really quite radical new look to both the brand’s TVs and some of its source equipment.


The key elements of this design are: the introduction of a much slimmer frame than we’re used to seeing on a Philips TV; the fact that this frame is completely free of speakers or speaker grilles, giving it a lovely smooth, polished finish; and the addition of a cute little ‘extravagance’ in the form of what Philips calls a ‘signature clear shroud’ – a clear chunk of plastic that curves forward around the bezel’s outer edge. 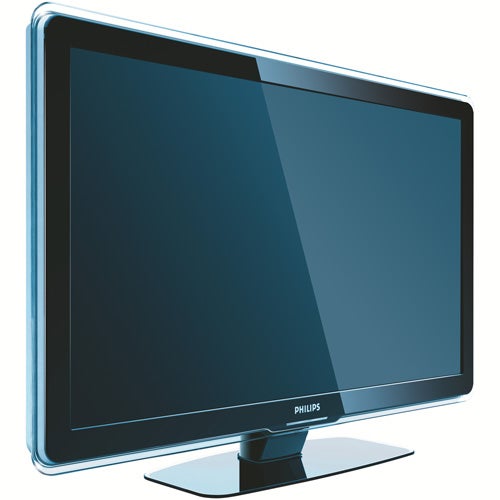 This curvature isn’t just there for the sake of it, either; it serves two practical purposes too. First, it allows the shroud to capture light to give the TV a sort of halo effect. Second, it helps project sound forward towards the viewer from the ‘hidden’ speaker system tucked away inside the TV’s bodywork. Nifty.


When we talked about ‘capturing light’ back there, we should add that we weren’t just talking about the ambient light in your living room. For in keeping with all of Philips’ reasonably high-spec TVs, the 42PFL7603D employs the company’s Ambilight technology, whereby coloured light sympathetic to the image content can be set to spill out from the TV’s edges, in a bid to make long-term viewing both more immersive and more relaxing on the eye.


As usual with a TV that sits reasonably high up Philips’ range, the 42PFL7603D features we’ve talked about so far are really just the tip of a vast feature iceberg.

Starting with the most basic specifications, highlights include a rather marvellous four v1.3 HDMI inputs; a USB port for playing JPEG, MP3 and .alb slideshow files; the increasingly inevitable full HD resolution; and a very high claimed contrast ratio of 30,000:1.


Obviously such contrast figures always need to be taken with a pinch of salt, and can only be achieved via a dynamic contrast system that dims the backlight when dark scenes are detected to boost black level response. But at the very least the 30,000:1 figure suggests that the 42PFL7603D will be able to reach the dark parts most other LCD TVs simply cannot reach.

Perhaps the most ‘controversial’ feature of the 42PFL7603D is its image processing system. For while Philips introduced the outstanding Perfect Pixel Engine HD system on last year’s top-end TVs, this new mid-range set ‘only’ carries the slightly older and less powerful Pixel Plus 3 HD system. This means it lacks a few of the subtle refinements of the Perfect Pixel Engine – and this is reflected just a touch in


But let’s be fair about this; the 42PFL7603D is reasonably priced for a 42in LCD TV, and by comparing it with other TVs in the same sort of price ball-park, Pixel Plus 3 HD – with its focus in particular on noise reduction, adding detail and colour management – looks like a more than powerful enough tool to give the 42PFL7603D a potentially decisive edge.


Especially as it’s accompanied by Philips’ HD Natural Motion. This is effectively a massively souped up version of the Digital Natural Motion circuitry Philips developed a few years back to remove judder from moving images. And if it works as well as it did on last year’s PFL9632D range, we should find it working wonders here, too. 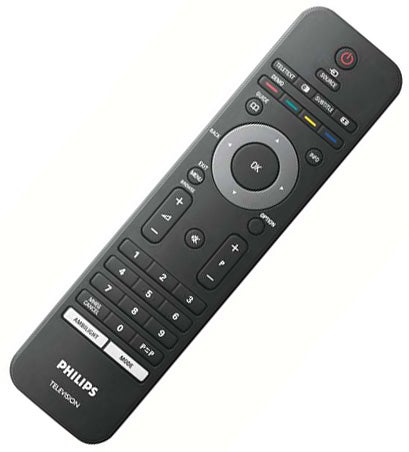 There are reams of other, smaller adjustments we could mention within the 42PFL7603D’s onscreen menus, but for the sake of brevity – and possibly sanity – we’ll restrict ourselves to quick nods to MPEG and standard noise reduction systems; Active Control (which automatically adjusts multiple elements of the picture based on assessment of the image content); the fact that you can adjust the potency of the HD Natural Motion circuitry; and a decent colour management system.


Before getting onto the actual testing part of this review, it would be remiss of me not to point out that the reams of picture options here do make it one of the more complex TVs to set up well. Especially since so many of the options can have a really profound impact on picture quality.


So I urge you to devote a considerable amount of time adjusting the picture to perfection for each separate AV input, since if you don’t you could end up with a performance level that sells the TV – and yourself – seriously short.

In particular I’d urge you to treat with extreme caution the set’s contrast settings (I personally wouldn’t set it higher than 75 or maybe 80); MPEG and standard noise reduction settings (make sure these are totally off for HD viewing); and HD Natural Motion (which works great at its Min setting for most things, but might warrant turning off fully for one or two really action packed sources).


Further to this discussion about the best way to set the 42PFL7603D up, while it’s handy that Philips has provided a series of thematic presets – Vivid, Standard and the excellent Movie – I have to say I think it could actually have helped you out a bit more. For instance, if you’ve told the TV (as you can) that you’ve got a Blu-ray player attached to one of the HDMIs, it would have been nice if the TV automatically shut down the noise reduction routines for you when you switch to that input, rather than leaving you to deactivate them manually.


But anyway, as we start our assessment of the 42PFL7603’s pictures (having calibrated them to within an inch of their lives, of course!), we might as well address right away the mention we made earlier of how Pixel Plus 3 HD doesn’t quite do the business as successfully as the Perfect Pixel Engine. 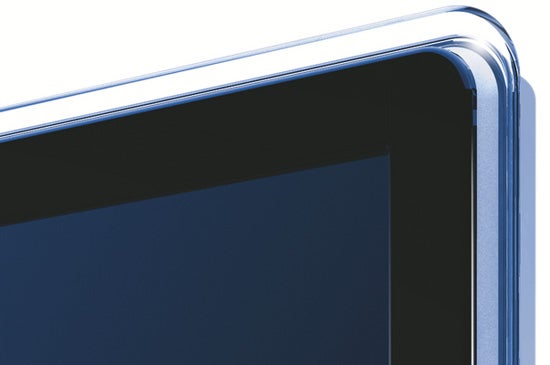 First of all, the picture very occasionally looks a touch processed, thanks to the appearance at times of some slight image lag over very fast motion. For instance, as Jimmy Anderson runs in to bowl, during Sky’s HD coverage of the third test between England and New Zealand, there’s slight image lag in his hair as his head bobs up and down – no matter how you set all the myriad picture options.


The other issue generally only occurs with standard definition, and finds unusually contrasty edges occasionally appearing with a slight glow over them.


It’s important to stress, though, that these niggles actually amount to very small beer versus the mountain of good stuff Pixel Plus 3 HD brings to the table.


For starters, the picture is sensationally stable. Which is to say that there’s precious little video noise to add unwanted ‘life’ to the image, and motion looks terrifically fluid if you’ve got HD Natural Motion in play.


What’s more, even without HD Natural Motion employed (it is, we know, a feature some people strangely can’t get used to), motion is generally still a million miles from the juddery, blurred mess often seen on big-screen LCD TVs in the 42PFL7603’s price range. The minor image lag issue we mentioned earlier is only really noticeable over parts of the picture that are particularly detail-packed, meaning that for the most part motion looks clean and decently crisp.

As ever with a Pixel Plus-driven TV, the 42PFL7603D’s pictures are also noteworthy for the amount of fine detail and sharpness they contain. HD footage is presented with exceptional ‘snap’ and texturing – clearly revealing, for instance, the gaping chasm in video quality between the Xbox 360’s aging but still stunning ”Gears of War” title and the new, disappointing-looking ”Haze” title on the PS3. Yet at the same time the processing ensures that both games look as good as they’re actually capable of looking.


More good news finds the 42PFL7603 pumping out some superbly dynamic and engaging colours, complete with a palette wide-ranging enough to produce pretty much flawless colour blends and some outstandingly natural tones for this price level. 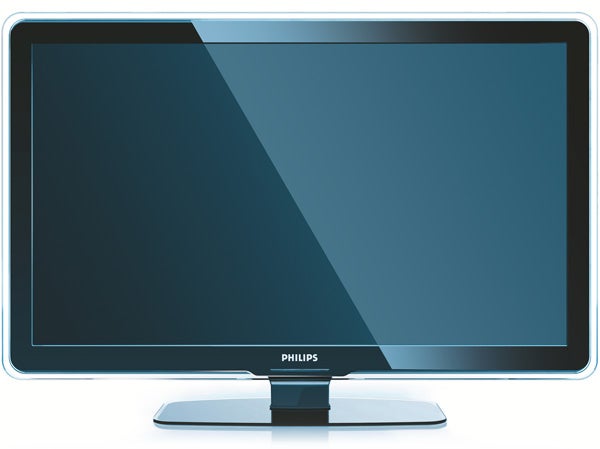 Tasty colours tend to be bedfellows of good black level responses, and so it proves here. For while I’m not sure I totally believe the 30,000:1 contrast ratio claims, it’s certainly fair to say that the 42PFL7603D produces deeper, more detailed, less greyed-over and above all more stable dark picture areas than the majority of its close rivals.


The bottom line with the 42PFL7603D’s pictures is that despite leaving one or two small doors open for Philips’ upcoming 9600 models (with their improved Perfect Pixel Engine system), they’re still really awesome within the context of a sub-£1100 price point.


The set’s audio is no slouch, either. In fact, it’s remarkably powerful considering there’s not a speaker or grille in sight. This is partly down to the set’s employment of Philips’ wOOx system, which can deliver superb amounts of well-rounded, distortion-free bass during the free-running sequence in ”Casino Royale”. But it also helps that the rest of the speakers are powerful enough to ensure that this bass doesn’t cramp the mid-range at all, and that there’s more treble detailing than most LCD TVs could dream of delivering – all presented without a trace of harshness.


Whether you’re admiring the 42PFL7603D’s stunning design, basking in the tranquil aura of its Ambilight system, lapping up its terrific pictures, being assaulted (in a good way) by its terrific audio power, or simply wondering how it can offer so much while costing so relatively little, there’s simply no other conclusion to draw except that it’s another absolutely kick-arse Philips TV.