A 42in HD Ready TV from one of the flat TV world’s most respected brands costing just £650? What’s not to like, for heaven’s sake? Um, quite a lot, actually…


The uncertainties about Philips’ 42PF5521D start to gather as soon as you clap eyes on it. For while it’s not exactly ugly, there’s no doubt that the brash contrast of deep black screen frame with slightly cheap-looking silver speaker section certainly lacks the refinement and build quality of many TV rivals these days. Still, we guess we can live with aesthetic compromises for £650, provided the performance quality turns out to be there.


The set’s connections are mixed too. The provision of two HDMIs seems actually pretty generous, but the gloss is taken off this by the fact that there’s no dedicated analogue PC interface, meaning that one of the HDMIs has to do double duty as a digital PC input as well as a jack for HDMI video sources. 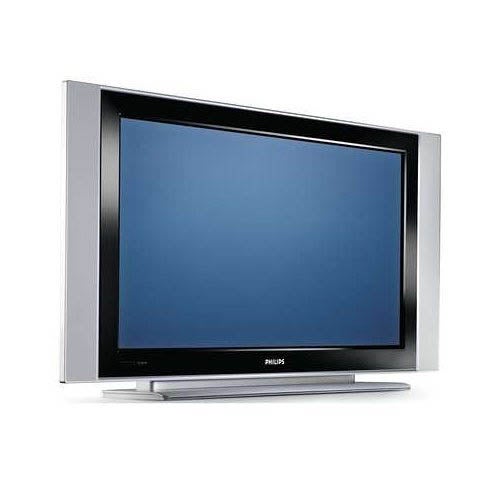 The 42PF5521D’s feature count is frankly disappointing. You do, at least, get a built-in digital tuner – something we guess you shouldn’t necessarily expect as a given on a £650 42in TV. But aside from this the only things even remotely interesting are a Virtual Dolby Surround audio processor for delivering a pseudo surround sound performance from the TV’s two speakers; a contrast booster; picture in picture options (single tuner, naturally); and a very limited version of Philips’ Active Control system, which analyses incoming pictures and adjusts one or two facets of the picture automatically in a bid to make the image always look as good as possible.


You’ll note from this that there are two Philips feature stalwarts that the 42PF5521D does not sport: Pixel Plus or Ambilight. Regarding the former, Philips’ acclaimed picture processing engine, the 42PF5521D doesn’t even, like some of Philips’ other fordable flat TVs, get an old version of the technology. So the 42PF5521D’s pictures will not be able to avail themselves of Pixel Plus’s considerable abilities at improving image detail and colour saturations. Darn. 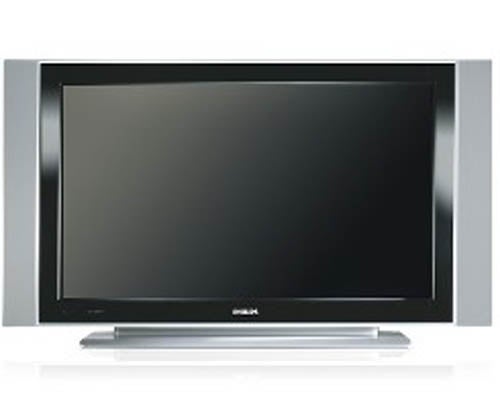 Regarding Ambilight, it’s always disappointing now when a Philips TV doesn’t include pools of coloured light spilling from its sides. But then we guess this really is a luxury feature that was never likely to filter so far down the Philips range.


This ratio does not mean, of course, that the TV is actually higher than it is wide! The key to the apparent conundrum lies in the 42PF5521D’s use of a technology called ALIS – or ‘Alternate Lighting of Surfaces’, to give it its full name. Without unnecessarily blinding you with science, ALIS uses an expanded phosphor covering and electrodes positioned between lines of horizontal pixels rather than directly under them to effectively double the screen’s horizontal resolution. Which would be all well and good if we hadn’t found ourselves distinctly underwhelmed by other recent ALIS-based screens. Here’s hoping the 42PF5521D can restore our faith in the technology.

Its pictures are beset by a whole raft of problems that actually conspire to make that £650 price tag look anything but a bargain. For starters, the set’s black level response is strikingly poor by plasma standards. That 10,000:1 claimed contrast ratio starts to look frankly laughable as the dark backdrop to Berlin factory assault sequence in Mission: Impossible III on HD DVD disappears under a wash of grey mist. In fact, achieving anything like a true representation of black on this TV is far more impossible than anything in the film! 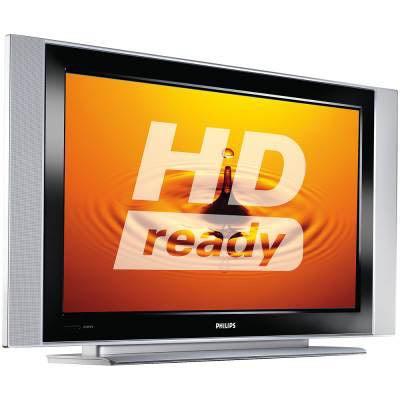 Inevitably this greyness over parts of the picture that should be black also serves to hide background details in dark scenes, reducing their depth and sense of scale. We wouldn’t quite go so far as to say it’s bad enough to turn Gears of War on the Xbox 360 into a 2D scroller rather than a 3D shooter, but, well, you get the idea.


The other really major problem with the 42PF5521D is that its colour reproduction is well below par. In place of the vibrancy we always get with LCD and are increasingly expecting from plasma too we get a really drab palette that just doesn’t grab your attention and draw you into the action. It doesn’t help, either, that many of the tones on show look anything but natural. For instance, during dark scenes actors more often than not seem like they’re about to throw up, such is the odd pallor of their skin. Also, reds look orange and rich greens look, well, just weird, frankly.


And there’s more. During the fight between Smeagol and a friend for the Ring in The Two Towers, you can clearly see pronounced dithering noise over the ridges and peaks of the characters’ faces. This is an old-school plasma problem that we really don’t expect to see so obviously these days.


The final big disappointment of the 42PF5521D is that its pictures don’t even look sharp with HD material. In fact, at times even pristine HD sources like Pirates of the Caribbean on Blu-ray look more like upscaled standard definition than true HD perfection. 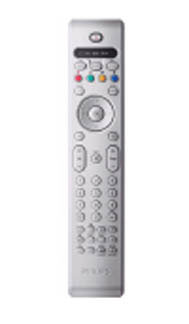 With the brash silver speakers on the 42PF5521D proving to be far less powerful than they look, producing a tinny, unconvincing soundstage, is there actually anything good we can say about the 42PF5521D at all? Only this: that it’s quite good at upscaling standard definition sources to fit its 1,024 x 1,080 resolution, leaving them looking cleaner and smoother than is common. Woo.


Once upon a time many years ago the 42PF5521D’s performance might have been acceptable on a budget product. But today, with new plasmas from Panasonic and especially Pioneer setting new performance benchmarks on what feels like an almost weekly basis, the 42PF5521D simply isn’t good enough – at any price. And not for the first time we’re left thinking that it’s high time ALIS was put out to grass.