A few days back we checked out one of the cream of Philips’ current flat TV crop, the Cineos 37PF9731D. And we liked pretty much everything about it – except, perhaps, its rather hefty price tag. So today we thought it made sense to see how well Philips’ LCD talents hold up when it tries to deliver a large screen LCD aimed at the ‘budget’ end of the market. The model seemingly best suited to such an investigation is the 42PF5421: a 42in TV that’s yours for under £1200.


It’s pleasing to discover that aside from not boasting Philips’ striking Ambilight technology, the 42PF5421’s aesthetics show little sign of suffering for the price-cutter’s art. The high gloss, ‘piano black’ bezel looks every bit as nice as it does on more expensive Philips offerings, and the build quality feels robust. 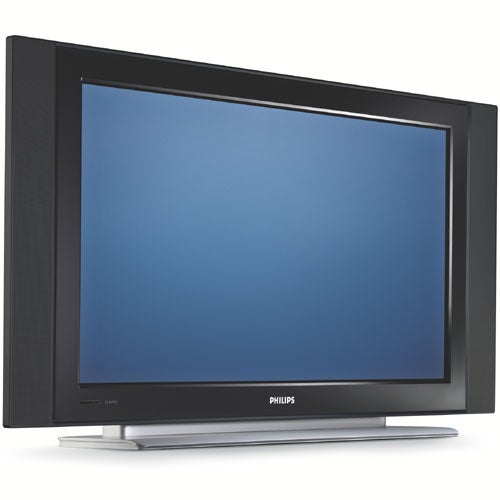 The first serious signs of corner cutting only become apparent as you hook up your source gear. The biggest initial scare concerns the lack of a D-Sub PC input. Thankfully closer investigation reveals that the set’s two HDMI jacks can be set to accept PC instead of video feeds – but that’s hardly ideal given the likelihood that many people reading this review will find themselves needing two HDMIs just for video duties over the next few months.


The other problem is that there’s no connection evidence – CAM slot, digital audio output – to support a built-in digital tuner. As feared, this does indeed prove that the 42PF5421 is a Freeview-free zone. Still, though this is disappointing, if you’ve already got a separate digital TV source such as a Sky+, Sky HD or cable receiver, then the lack of a digital tuner in the TV isn’t really much of an issue.


The key specs claimed by Philips for the 42PF5421 show an HD-friendly native resolution of 1,366 x 768, an actually slightly higher than average brightness output of 550cd/m2, but a worryingly low contrast figure of 800:1. Let’s hope this doesn’t indicate any severe black level deficiencies.

The 37PF9731D we mentioned earlier was one of the most feature-laden TVs we’ve seen to date. The 42PF5421, by comparison, could scarcely be more basic. For as well as sporting no digital tuner or Ambilight technology, it also avoids any form of Philips’ Pixel Plus picture processing (not even an old version), any form of Philips’ new ClearLCD advanced backlight technology, and pretty much everything else in between, except for noise reduction/contrast-boosting options, and some limited picture in picture functionality.


Clearly, then, if the 42PF5421 is really going to turn out the bargain it initially appeared, it’s going to have to win us over with its picture quality – which, for the most part, is exactly what it does. Its single most surprising trick is how excellently crisp and detailed HD sources look on it. Be it a hyper-detailed HD Xbox 360 game like Gears of War or a beautifully sharp HD movie scene like Spider-Man scrapping with Doc Ock on the side of a building in Spider-Man 2, the 42PF5421 makes it look outstandingly sharp. And it does this, let’s not forget, without any help from Pixel Plus. 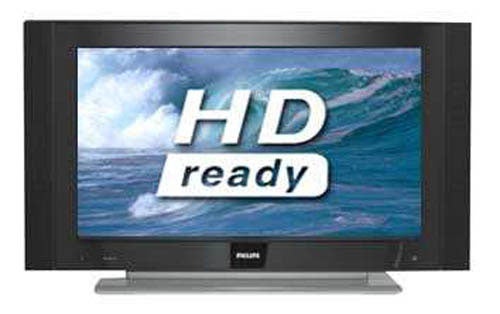 Nearly as surprising as the set’s sharpness is its black level performance. That 800:1 contrast ratio quote is made to look very pessimistic by a perfectly respectable stab at making dark scenes and corners look, well, dark. Sure, there’s some level of greyness visible while viewing the shots of outer space during Alien, or in the darkest corners of Gears of War. But this doesn’t make dark scenes as depressingly flat as might have been anticipated – not least because the set shows good finesse when it comes to portraying subtle colour and shade shifts in darker areas.


Another potential budget LCD pitfall neatly sidestepped by the 42PF5421 concerns colours, as they combine plenty of vibrancy and brightness with mostly very natural tones, even during dark film scenes. In this respect the 42PF5421 strikes a particularly strong contrast with some previous budget LCD sets we’ve seen from Philips. There’s even a likeable degree of subtlety about the way it portrays colour blends and gradations.

It’s a relief, too, to discover the 42PF5421 relatively unaffected by LCD’s infamous motion blur problems, as the players charge around the pitch during an HD Premiership encounter without looking significantly blurred.


The only HD problem that’s really fair to report on a £1200 42in LCD TV is the way some HD sources can look a touch grainy, as if the absence of any Pixel Plus processing means the TV hasn’t got anything to help it distinguish between noise and genuine picture information when preparing the picture for the screen. 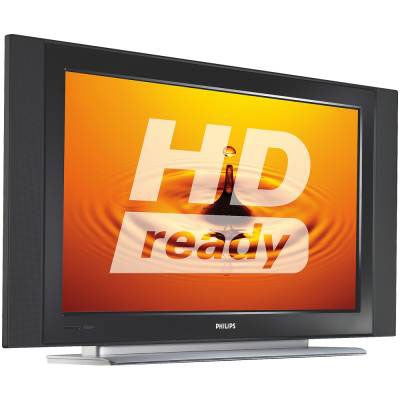 This doesn’t stop the 42PF5421 from rating as a class HD act, though. So it’s a shame – if hardly a surprise – that things fall away rather with standard definition sources. The challenge of dealing with an inherently less detail-packed and pristine source finds the 42PF5421’s image engine struggling to cope, so that pictures soften up quite markedly, and moving objects suddenly start to suffer with the smearing so notable by its absence while viewing HD.These problems are particularly acute while watching analogue tuner footage, reminding us forcefully of the set’s lack of digital tuner.


The set’s sound, on the other hand, is completely independent of the quality of its source material, sounding equally punchy, clean and widely dispersed regardless of whether you’re watching an action or romance scene on the analogue tuner or a Blu-ray disc.


To figure out how worthwhile considering this TV is, you need to ask yourself these two questions: 1) do you need a digital tuner and 2) do you consider standard definition performance to be at least as important as HD performance. If the answer to either of these questions is yes, than reluctantly we should probably direct your attention elsewhere. If you could answer no to both, however, the 42PF5421 is an absolute bargain that you ignore at your peril.