While this might make the Philips a little less exciting from a technology standpoint, there’s unquestionably still very much a market for HD – especially at the second room-friendly 40-inch 40PFT6510.

It costs only £475, despite being part of Philips’ high-end Full HD TV range, and boasts features such as Philips’ Ambilight system and 3D playback. For comparison, Samsung’s 40-inch UHD TV will set you back around £900.

The 40PFT6510 is an attractive television. Its light silver frame and striking white rear ensure it stands out from the crowd. Its desktop stand feels almost opulent in its finish, and allows the TV to be rotated left or right. Best of all, the whole set is illuminated – literally – by a “stereo” incarnation of Philips’ Ambilight technology. 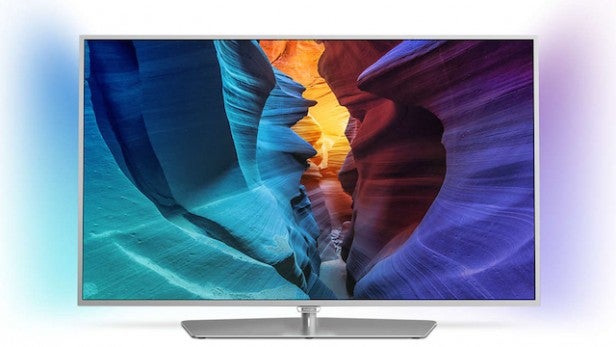 If you’re not familiar with Ambilight, it’s a system whereby strips of LEDs on the TV’s rear cast coloured light from the TV’s left and right sides. This light can be set to a colour of your choice. Or, more excitingly, through selecting levels of intensity and responsiveness match the colour content of the pictures you’re watching.

Although this may sound gimmicky, take it from me: Once you’ve experienced Ambilight for even just a few minutes, you wouldn’t be without it.

Considering it’s price, the 40PFT6510 offers a decent connectivity. There are four HDMIs, three USBs and built-in Wi-Fi – the latter enables you to both stream multimedia from networked DLNA devices and access Philips’ online services.

These services have undergone a pretty major transformation in the past year, thanks to Google’s latest Android TV system. If you’ve already read our dedicated review of Android TV, you’ll be aware that it isn’t quite the dream smart TV solution you’ve been hoping for. Customisation is limited, and it doesn’t make enough effort to streamline your access to key content.

However, it does help Philips to overcome the content shortage problems associated with its previous smart TV systems. It also runs far more speedily and stably on this affordable dual-core Philips model than it does on Sony’s high-end 4K TVs. This is probably down to Philips’ past experience of working with Android TV, with the company having implemented the system on a few high-end TVs in 2014.

Philips’ Android TV implementation also scores over Sony’s by allowing you to use external memory solutions to expand the space available for storing downloaded apps and games. 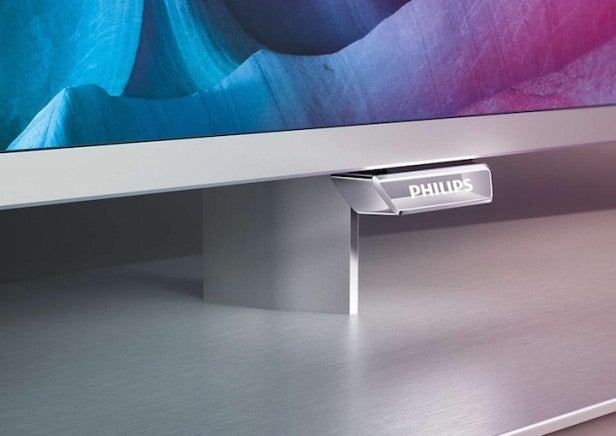 While this is a nice touch, I couldn’t help but think that an Android-powered voice-recognition system, employed so successfully on Sony’s Android TVs, would have been a better inclusion and made such a remote less necessary.

As noted at the start of this review, the 40PFT6510 is Philips’ flagship 40in Full HD TV for 2015, a status underlined by some pretty impressive picture specifications.

This is partnered with Philips’ Micro Dimming Pro engine, which attempts to continually optimise the picture settings by surveying light levels in the room. It does this by breaking down the picture into 6,400 different zones for analysis by the TV’s video-processing engine.

This processing in conjunction with a scanning backlight enables the TV to deliver 800Hz-emulating motion playback, as well as a sharpness booster and some high-level noise reduction tools. This is all impressive stuff.

One last feature to mention is the TV’s 3D support – although, as with many other 3D TVs I see these days, it doesn’t extend to the provision of any free 3D glasses.

Philips’ preference for heavy-duty processing engines makes the 40PFT6510 a little more labour-intensive than its rivals to set up, as you need to tweak different parts of the processing engine to keep various content looking natural. 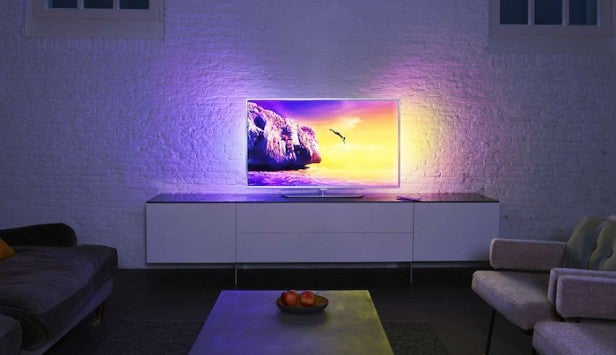 My main set up tips are that you turn off all the TV’s noise-reduction systems for HD viewing and that you set the Contrast mode to Best Picture. Also, reduce the Video Contrast setting to the low 80s and set the Perfect Contrast feature to its Minimum level. Lastly, t either turn off the Natural Motion processing or maybe use it on its lowest setting for relatively static content.

Following some experimentation, I also elected to turn off the Light Sensor feature, as I found the settings it selected for dark room viewing were a little too low on luminance.

However, feel free to experiment, as overall it’s one of the better light sensors I’ve come across.