Here again the 40PFT5509 does better than you’d expect for its money. In fact it might just be the best-sounding budget TV we’ve heard to date.

Its 20W of power seems to be applied to speakers that enjoy more physical space than is typical with budget flat TVs, resulting in a mid-range that’s much more open, well-rounded, clear, dynamic and just generally credible than usual.

The set can support high volumes without distortions setting in too, and there’s even enough breathing room in the sound design to allow the soundstage to open up (rather than everything sounding thin and flat) when an action scene kicks in.

Bass could go deeper, and every now and then a meaty bass rumble can cause the TV’s bass mechanisms to phut and grunt into ugly failure. But the fact that you can watch even the majority of an action film without constantly feeling aggravated by the quality of the sound is a great result for such a cheap TV.

The 40PFT5509 doesn’t ship with a ‘smart’ remote to accompany its smart features. But the standard remote you do get isn’t a bad effort with its large, comfortable size and mostly well-conceived layout.

A backlight and a few less buttons would have been the icing on the cake, but it gets the job done well enough. Plus, as noted earlier, you can always try the Philips remote control app on your tablet or phone.

Philips TVs have tended to struggle with input lag due to their heavy duty processing systems. The 40PFT5509 does at least dodge the 100ms or so lag figures of some Philips sets we’ve tested, but its 65ms of lag – using both the Game and PC picture presets – is still around double what we’d like to see, and will likely slightly impair your gaming abilities with reaction based titles. 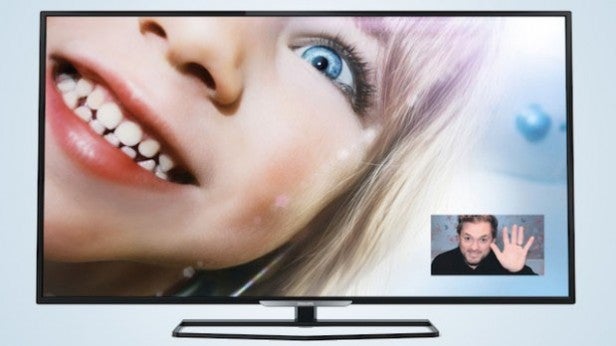 If you’re after a very affordable TV that’s at home with Hollywood movies as it is daytime TV then you definitely should check out the Philips 40PFT5509. Its picture quality is excellent for its money, and even more unusually by cheap TV standards its sound is none too shoddy either.

It’s good enough, in fact, to be mentioned in the same breath as the excellent Sony 40W605B, which is high praise indeed.

The only people who perhaps shouldn’t buy a Philips 40PFT5509 are serious gamers who might end up frustrated by its slightly high input lag.

While it’s always great to see Philips doing pioneering things with its high-end TVs, we’re also pleased to see the brand really getting serious again about the volume end of the market. Especially when the result is bargains of the magnitude of the 40PFT5509.

Next, read our pick of the Best Value TVs or read our New TV Buying Guide