It’s all too fashionable these days to be ultra-cynical all the time. To dish out clever scathing comments at the drop of a hat, and only give praise through gritted teeth. The problem is, as anyone who has had the misfortune to see the contents of my wardrobe will attest, I’ve never been a dedicated follower of fashion.


And so I have absolutely no qualms whatsoever about kicking off this review of Philips’ 40PFL9704 LCD TV by saying first that I openly admit to having really looked forward to it arriving, and second that it hasn’t let me down in the slightest. So there. 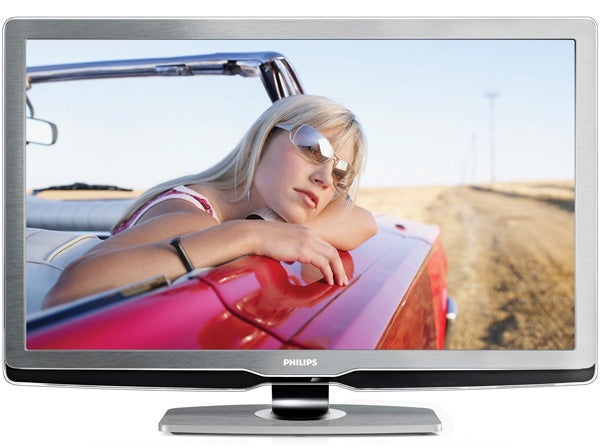 The reason I’d had the 40PFL9704 so high on my ‘want’ list is simply this: that it marks the second generation of Philips’ LED backlighting technology, apparently improving in all manner of ways on the already impressive efforts of Philips’ 42PFL9803 LED debut.


Perhaps the single most significant of these improvements is that the 40PFL9704 ups the number of separately controllable LED clusters illuminating the picture by a massive 75 per cent, to 224. This matters because the 40PFL9704’s direct LED approach – where the LED lights are positioned behind the screen rather than around its edge – permits the screen to deliver local dimming, where individual LED clusters can have their light level adjusted to deliver a localised level of brightness not possible with regular single-CCFL LCD lighting. 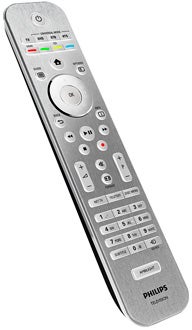 Therefore, the more separately controllable LED clusters a local dimming screen has, the more accurately you can control the localised lighting. This should reduce the opportunity for the phenomenon of ‘haloing’ witnessed with some local dimming LED-lit TVs, where the paucity of LED lights relative to the number of pixels in the picture can cause misty haloes to appear around exceptionally bright picture elements. Having more controlled LED clusters should also generally make the picture look crisper and more dynamic.


The extra LED light clusters have also been joined on the 40PFL9704 by a revamped core panel design, with the two working together to produce a stratospheric manufacturer’s contrast ratio of 5,000,000:1. That’s well over double the figure promised with the 42PFL9803, and off the top of my head the highest such figure I’ve seen quoted on a TV. Obviously such figures always have to be taken with a pinch of salt, but you’d have to be made of stone not to feel at least a little intrigued by what the 40PFL9704 is claiming.


Yet another advance the 40PFL9704 makes is the addition of 200Hz processing – or, to be more accurate, 100Hz processing plus a scanning backlight. This comes on top of the Perfect Natural Motion processing that forms a key part of Philips’ hugely powerful Perfect Pixel HD processing engine – an engine which also does some pretty startling things to image sharpness, noise reduction, colour saturations and contrast.

The 40PFL9704 additionally offers a number of key improvements over its LED-lit predecessor that aren’t directly related to picture quality. For instance, the extremely versatile USB port found on the 42PFL9803 is here, joined by both Wi-Fi and Ethernet connections for accessing Philips’ online portal – complete, uniquely, with full Internet access.


Well, maybe ‘full’ is stretching things a bit given that the built-in browser isn’t compatible with Java or most other third-party web apps. And it also has to be said that surfing the general Web using a TV remote rather than a keyboard and mouse isn’t always intuitive. But personally I still love the freedom the open Philips’ system brings versus the ‘fenced in’ experience provided by other brands’ online systems.

The 40PFL9704 improves on its LED predecessor, too, by adding a fifth HDMI – enough surely to keep even the most ambitious AV-a-holic satisfied.


As if all the features we’ve discussed so far weren’t alluring enough, the 40PFL9704 also boasts one of the TV world’s most startling designs – a brushed aluminium, shiny metal bezel, offset by a black outer trim that grows larger along the bottom edge. The desktop stand, if you use it, also looks resplendent in matching aluminium.


This unique design is already enough to make the 40PFL9704 eye-catching, but to guarantee that its TV becomes a talking point at parties, Philips has equipped it with the latest Ambilight system, which finds the trademark coloured lights spilling from no less than three of its sides – top, left and right.


As I’ve noted in other recent Philips TV reviews, the subtlety and local accuracy of the colours Ambilight emits now is pretty remarkable, helping it deliver a mesmerisingly immersive experience. Well, that’s the way it affects me, though I have no doubt that some people will hate it with a passion. But don’t worry – if that’s you, you can always turn the system off! 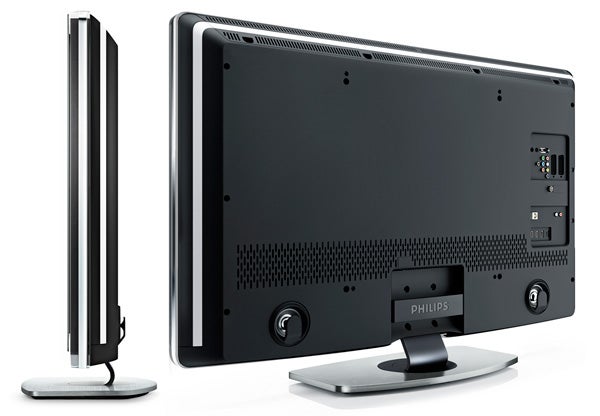 The 40PFL9704’s onscreen menus are so vast that it would take a huge and frankly dispiriting amount of time to run through all the tweaks available. All I will say is that Philips has, as usual, put just about every element of its picture reproduction and processing at your disposal, to tweak as you will.


And tweak you certainly should, for while the 40PFL9704’s pictures are slightly more forgiving of setting ‘errors’ than those of the brand’s non-LED TVs, you still have to regularly perform the Philips ritual of revisiting the picture set-up menus to tweak some of the settings – especially HD Natural Motion, sharpness and noise reduction – so that the heavy-duty processing engine doesn’t generate too many processing artefacts.

Provided you’re willing to commit to this familiar bit of effort, though, the 40PFL9704 delivers an even more spectacular reward than Philips’ standard LCD 9000 Series sets.


As I would have anticipated given its LED lighting and local dimming, the 40PFL9704’s strongest picture suit is its contrast. Particularly since the set can produce black levels of quite exceptional depth and richness. You really have to pinch yourself to remember that this is still an LCD TV you’re watching, not one of Pioneer’s legendary KURO plasma models.

Your poor old cheeks have to suffer another pinching, too, as you try to reconcile the black level depth with the terrific dynamism the 40PFL9704 displays when showing dark scenes. In other words, its local dimming allows it to keep colourful and bright parts of otherwise dark images looking bold and aggressive without compromising the dark bits in the way we’d see with a normal CCFL LCD TV. A further benefit of this is that you can see more detail in dark corners of the picture, so that they avoid the rather hollow look often noted with LCD TVs.


The hefty increase in the number of separate LED clusters delivered by the 40PFL9704 is evident during predominantly dark shots too; for instance, the street lights down Harry’s road at the start of the first Harry Potter film are able to stand out very punchily against the night sky while generating barely noticeable amounts of LED haloing. 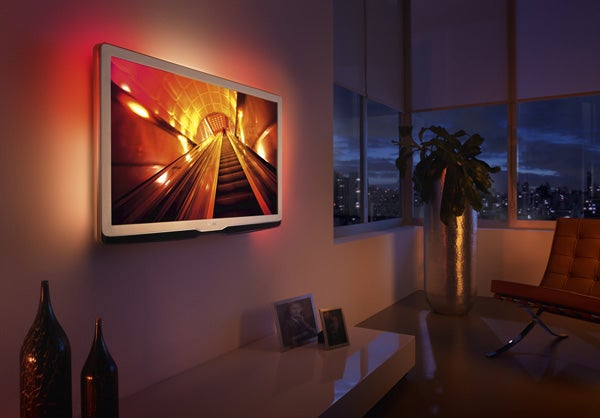 The colours produced by Philips’ best CCFL-lit LCD TVs are generally among the most vibrant and natural around. But the LED-lit 40PFL9704 still manages to take things up a gear, as eye-grabbing colour intensity is joined by a greater colour range and marginally enhanced subtlety when it comes to portraying tiny tonal shifts.


The 40PFL9704 is further capable of denying its LCD roots when it comes to motion. For it’s possible with this set to remove all traces of the resolution loss and smearing commonly associated with LCD technology. In fact, it’s possible to make motion look almost disturbingly fluid if you set the TV’s various motion controls too high. But provided you exercise a little common sense and revisit the motion controls regularly (I’d recommend different settings for sport, movies and standard TV fare, for instance), the 40PFL9704’s motion control is unparalleled in the LCD world. 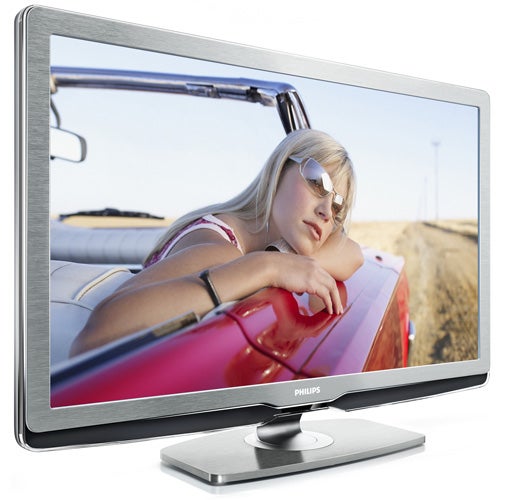 As we’ve long found with Philips TVs, meanwhile, the 40PFL9704 is terrific at bringing out texture and detail in HD sources. But it’s arguably even more impressive relative to the competition when it comes to making standard definition pictures look crisper and cleaner.


Again, I have to add the qualification here that it’s eminently possible to over-egg the 40PFL9704’s sharpness if you’re not careful with some of its settings – so much so that I actually wonder why Philips has even left it possible for tools like its Advanced Sharpness mode to be pushed to such an unpleasantly extreme level. But again, all it takes to avoid images becoming grainy and ‘bitty’ is a sensible eye for what makes a good picture, and a willingness to spend time in the TV’s setup menus.


At their best, the 40PFL9704’s pictures might very well be the best I’ve seen on an LCD TV. So it’s a pleasure to report that they’re also accompanied by one of the best audio systems the flat TV world has to offer. This is because the 40PFL9704 follows the audio template used so effectively on other 9000 Series models, whereby a pair of mid/bass drivers mounted on the TV’s rear work in tandem with two dome-style tweeters on the fascia. Separating the audio components out in this way does wonders when it comes to the amount of bass the TV can produce without compromising audio clarity and detail.


At £1,800, the 40PFL9704 represents a serious outlay in these days when you can pick up 42in Panasonic plasma screens for between £500 and £600. But its design, feature count, multimedia capabilities and above all picture and sound quality make it the very definition of a premium TV.