No, we haven’t made a mistake. The 37PFL5522D really does cost just £550, despite being a 37in LCD TV from a very established and respected European brand.


Inevitably, though we’re talking ‘entry-level’ status here. So don’t go expecting the frankly mind-boggling amounts of features and high-tech picture processing jiggery pokery of TVs higher up the Philips range. What you certainly do have a right to hope for, however, is the retention of at least some of the hugely impressive LCD picture quality seen on those higher-spec Philips models. If the 37PFL5522D manages this, then we wouldn’t be at all surprised to find uber-cheap TVs from the likes of Bush and Goodmans crying their poor little budget eyes out as yet another big brand muscles in on their traditional turf. 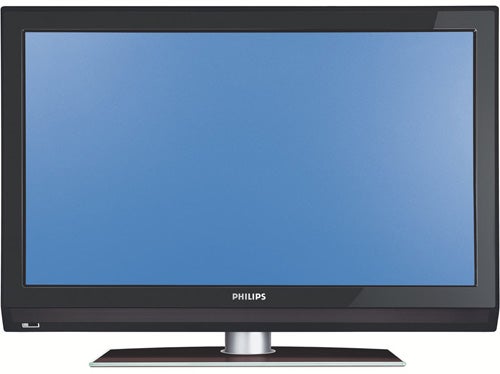 Aesthetically the 37PFL5522D is sort of okayish; just a relatively straightforward black rectangle with a small, slightly angled back speaker bar running along the bottom. But it at least feels quite solidly built, avoiding the overt plastickiness of many budget flat TVs.


Turning to the TV’s rear, we find a solid enough set of connections. Two HDMIs lead the way, with support from the de rigueur component video input, as well as a couple of SCARTs and the usual S-Video and composite video ‘fall backs’ for anyone willing to put up with the inevitable reduction in image quality they introduce. The only disappointment is the fact that there’s no D-Sub PC port, meaning you need to use one of the HDMIs for computer duties.

Not surprisingly your £550 does not get you a full HD pixel count on the 37PFL5522D; resolution is stuck at the standard HD Ready 1,366 x 768 level. We were pleasantly taken aback to discover, though, that your £550 ”does” get you a dynamic contrast system, whereby the backlight can be dimmed automatically during dark scenes to produce a deeper black level response. Such systems are relatively common – almost ubiquitous – in LCD TVs higher up the pecking order than the 37PFL5522D, but they’re by no means a given at the budget end of the market. The dynamic contrast system in the 37PFL5522D is claimed to help the TV produce a really impressive-sounding 7,500:1 contrast ratio.

In terms of picture processing, the 37PFL5522D again exceeds our expectations. For rather than a ‘bare processing cupboard’ we’d fully anticipated finding, you instead get Pixel Plus HD.


As usual with Philips’ TVs, this needs a little clarification. The version of Pixel Plus being employed here is actually very old – one of the very first Pixel Plus engines Philips ever created, in fact. This means you pretty much only get the boost to sharpness and detailing with standard definition sources that the earliest generations of Pixel Plus focussed on. You don’t get some of the extra noise reduction or colour balancing techniques employed in later Pixel Plus generations. 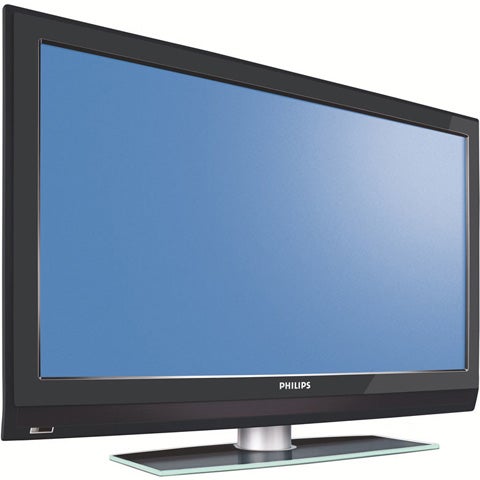 
In some ways the 37PFL5522D’s pictures certainly are superior to most budget rivals. But they’re hardly the unadulterated success story we’d secretly been dreaming of.


Let’s get the bad news out of the way first, shall we? For instance, coming to the 37PFL5522D fresh from reviewing a Panasonic plasma, it’s impossible not to be struck by relatively how much motion blur there is over fast-moving objects. We’re not talking totally disastrous levels of resolution loss or anything, but there’s certainly enough around to make sports fans think twice. 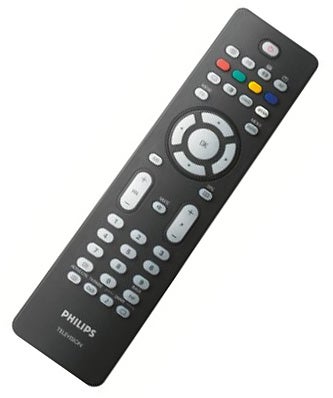 Given how impressed we were by the original Pixel Plus HD system when it first launched, we were surprised to find standard def pictures on the 37PFL5522D actually looking a little low on detail by today’s standards, with skin tones in particular looking rather featureless and waxy.


Colour tones aren’t as successful as those of sets higher up Philips’ range either, lacking a degree of vibrancy, enjoying a slightly less expansive palette and showing a tendency to make rich reds look slightly orange.


As a further brickbat, the 37PFL5522D demonstrates a slight tendency to exaggerate MPEG noise in digital broadcasts, with no really effective noise suppression system on hand to get rid of it.

At this point, though, it’s time to pause and take a reality check. After all, the 37PFL5522D is a 37in LCD TV costing just £550, so you could hardly expect it to be true state of the art stuff in terms of features or picture performance. And at least it also has a few good points up its sleeve.


With HD, in particular, it performs reasonably likeably overall. Fine detail levels are quite high, colours look more natural than they do with standard definition, and perhaps most strikingly of all by budget TV standards, black levels are really very decent, handling night scenes with far less of the flattening greyness that’s so rife during dark scenes on most budget flat TVs. 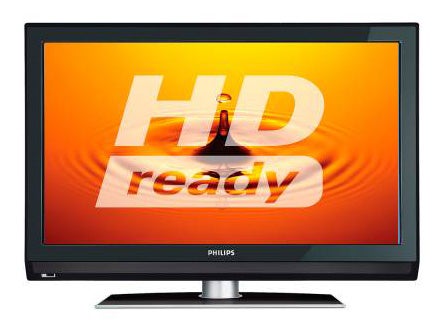 Try as we might, though, even with the £550 price point fixed steadfastly in our brains, we still find ourselves inevitably spotting more negative issues than positive ones. For instance, even with HD it’s impossible to ignore how the general sharpness is spoiled by motion blur – even when the movement is as small as someone’s face moving.


As a final niggle we have to report that in keeping with a depressing number of LCD TVs, the 37PFL5522D’s viewing angle isn’t up to much. Watch from as little as 40 degrees off axis, and the image loses considerable levels of black response and colour saturation.


Sonically the set is no great shakes either. In stereo mode the mid-range sounds too dense and cramped, with a lack of treble ‘sparkle.’ But the biggest problem is at the low end of the frequency range, as an ill-judged attempt to insert more bass than the TV’s speakers can actually handle causes the soundstage to appear strangely disjointed and often slightly distorted.


With our fair head on, we’d probably say that the 37PFL5522D is a perfectly respectable TV considering how little it costs. But it’s a testament to the wonders Philips is achieving elsewhere in its current range, even with the only slightly higher spec PFL7762 models, that ‘perfectly respectable’ in this case feels just a wee bit disappointing.