Find a 37in LCD TV with a price tag of under £700 attached to it, and you’ll usually find it wearing a brand name you’ve probably never heard of; a brand name more usually associated with the PC than the AV world; or a brand name long-renowned for focusing exclusively on budget products, such as Goodmans or Bush. What you wouldn’t expect to find is the word ‘Philips’ plastered boldly along the bottom.


Yet this is precisely the deal with the 37PF5521D, a 37in LCD TV from the Dutch electronics giant that can be had for the paltry sum of £680. But is it really the LCD TV steal it first appears to be? 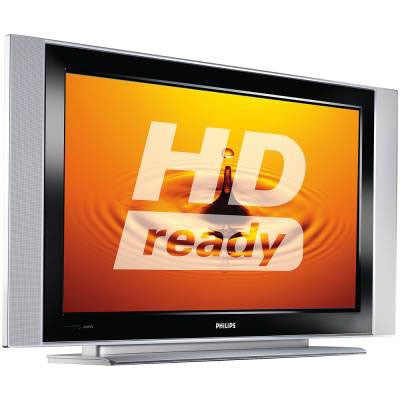 First impressions are fair. The set’s design is a bit over-aggressive for our tastes thanks to its unusually large bezel and the harshness of the contrast between its big silver speakers and glossy black screen frame. But we’re sure there will be some of you who quite like it. Be warned, though, that the closer you get to the TV the less impressive and more plasticky the build quality starts to appear.


A scan of the 37PF5521D’s rear panel reveals two HDMI jacks among the connections; the minimum you need these days, but actually one more than we’d frankly expected to find for £680. There’s a component video input for progressive scan and analogue HD signals too, plus a handy digital audio output that can be used for forwarding on to a suitable AV receiver any digital audio tracks received via the HDMI inputs.


With the usual Scart, S-Video and composite video options all on hand to finish things off, along with full Freeview digital tuner support, the only area where the 37PF5521D lets us down is in not having a D-Sub port for analogue PC connection. So if you want to attach a PC, you have to double up on one of the HDMIs.

There’s nothing too alarmingly ‘budget’ about the screen’s key specifications. The native resolution is an HD Ready 1,366 x 768, the claimed brightness is a normal 500cd/m2, and the contrast ratio claim is actually pretty good at 1600:1 – especially as this appears to be achieved without as much backlight reduction trickery as usual.


It’s impossible not to feel at least a little disappointed, though, by the lack of other features. The only two tricks even remotely worth mentioning are a Dolby Virtual pseudo surround audio circuit and an Active Control system that adjusts two or three picture elements automatically in response to an analysis of the source image. Woo. 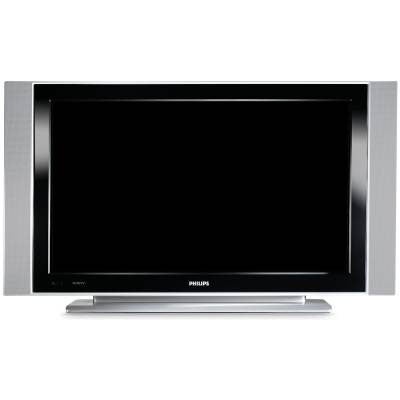 Coming from a brand that can usually be depended on to stick everything bar the kitchen sink into its TVs, even at £680 it’s hard not to feel the loss of, say, Philips’ Ambilight system, 1080p support via HDMI, or, even worse, any form of Philips’ Pixel Plus image processing, with its colour and detail-boosting capabilities. Many of Philips’ lower-end TVs have at least found room for an early form of Pixel Plus, but the 37PF5521D doesn’t even boast the very oldest version.


And unfortunately this is all too evident in the TV’s picture quality. Almost immediately we found ourselves surprised and more than a little alarmed by how soft and mushy the 37PF5521D’s standard definition pictures look. Detail levels look lower than they should, and there’s far more evidence of LCD’s common motion smearing complaint that we’d even expect to see on a TV as cheap as this one. As the gangs have a go at each other at the start of a standard definition showing of Gangs of New York, for instance, the combatants leave trails of their motion behind them, and have their punches, kicks and stabbings routinely blurred. The problem is, if anything, even worse while playing action-packed games like Gears of War on the Xbox 360. Even if you’re playing in HD.

Making these motion difficulties even more aggravating is the fact that in other ways the 37PF5521D’s HD images are actually pretty likeable. For instance, with relatively static HD footage pictures actually look quite crisp and detailed; a million miles from the softness witnessed with standard definition.


Colours are extremely vivid too, yet during HD viewing this is not achieved at the expense of either colour noise or natural skin tones. What’s more, these colour achievements owe more than a little to a far more respectable black level showing than you’ve any right to expect of such an affordable 37in LCD TV – especially since the depths of blackness portrayed aren’t accompanied by the sort of shadow detail loss we often see on entry-level LCD TVs. 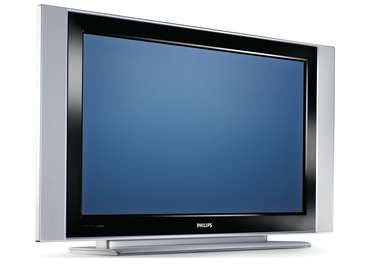 However, we stressed that the 37PF5521D’s colours look great with HD for the simple reason that they don’t look so hot with some standard definition sources, as slightly dubious shades of green, red and skin tones creep into play with some regularity.


The performance from the unusually large speakers stuck down either side of the 37PF5521D doesn’t really justify their size. For while they sound perfectly fine with standard ‘daytime TV’ fare, push a loud movie soundtrack through them and they suddenly show a distinct lack of frequency range and raw power. This can leave action scenes sounding flat and harsh.


We perfectly understand that Philips has had to make compromises with the 37PF5521D to hit its eye-catchingly low price point. The problem is simply that the compromises affect performance too deeply to make the TV an easy recommendation, especially if – as seems likely – you’ll be wanting to watch quite a bit of standard definition footage on it.