Philips is quite unusual in the TV world in that it seldom just discards old technology. Instead it tends to pass superseded technology – in particular, older versions of its famed Pixel Plus image processing system – down to products at the lower end of its next range.


We’ve questioned this approach in the past, believing that it engenders confusion among punters about the hierarchy of individual TVs in Philips’ overall range, as well as potentially devaluing the latest versions of technology as applied to Philips’ high end sets. But while philosophical questions over the ‘hand-me-down’ practice remain, we have to admit that today it has, in the shape of Philips’ 32PFL7762D, yielded a very successful result…


The 32PFL7762D is, as its name suggests, a 32in LCD TV. And a pretty nice looking 32in LCD TV too, thanks to its retro-chic gloss black design. 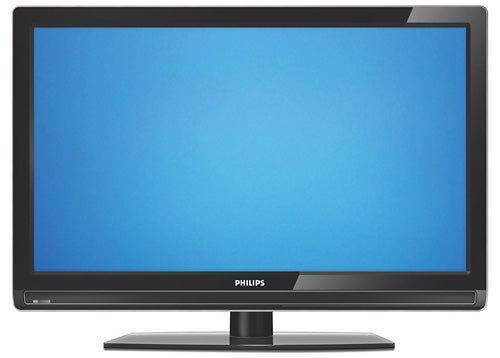 It’s also a 32in LCD TV with a surprisingly attractive price tag. We’ve found it online for as little as £528, making it one of the cheapest LCD TVs Philips has ever sold. Yet surprisingly given its money – and this is where the story really starts to get interesting – it’s not by any means a low-spec machine.


For a start, it manages to include a very healthy three HDMIs: two on the rear and one down the side. Excellent – especially as they’re all built to the latest v1.3 spec. Plus there’s a dedicated component video alongside all the more basic stuff common to practically every telly. The only slight disappointment is the lack of a D-Sub-type PC port, meaning you have to use one of the HDMIs for PC duties.


The 32PFL7762D is also, surprisingly for a 1,366 x 768 screen, capable of playing 1080p/24fps sources from Blu-ray players, and features a dynamic contrast function, where the backlight is dimmed during dark scenes to boost black level response. Dynamic backlights are common in the LCD world generally, but by no means a given at this kind of price level.


Thanks to its dynamic contrast system, the 32PFL7762 claims a very high contrast ratio of 12,000:1 – the highest figure we can recall seeing on any 32in TV, never mind a budget model.


The TV’s single most eye-catching feature, though, is the one which prompted this review’s opening paragraphs: Pixel Plus 2 HD image processing. This HD-optimised second generation of Philips’ original Pixel Plus system received rave reviews when it first appeared two or three years ago, so the hope has to be that it still holds its own today.

If you’re not familiar with the whole Pixel Plus shebang, it was originally conceived as a processing system for adding extra fine detail to images, but in subsequent generations its remit expanded to take in colour controls and noise reduction routines. And in this reviewer’s humble opinion, it was with the arrival of Pixel Plus 2 HD that the processing engine really came of age.

Other smaller features up the 32PFL7762D’s sleeves include a contrast booster, standard noise reduction processing, ‘artifact’ noise reduction processing predominantly aimed at smoothing away the blocky MPEG noise inherent to many digital broadcasts, and something called ‘Active Control’. This is actually an optional automatic picture optimiser that continually adjusts various picture elements to try and always make them look their best. But I have to say, without sounding cocky or anything, that I personally preferred to select the picture settings myself with the help of my trusty DVD Essentials disc than leave some computerised system to do it for me. Sniff.


Normally when you’re talking about a 32in LCD TV around the £500 mark, you’d be looking at having to accept some pretty major performance compromises. But not today. 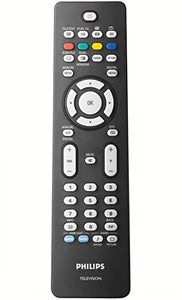 Take, for instance, the 32PFL7762D’s sharpness with HD footage. For even though the screen is relatively small at 32in, the stunning amount of detail in an HD source like ”Casino Royale” on Blu-ray is really quite breathtaking. You can make out individual pores in people’s faces, the weave in people’s shirts, even the lines on the bomb-maker’s fingers as he reads his mobile phone text near the film’s start… If there’s a budget 32in TV out there that looks sharper with HD, we’ve not seen it.


The good news continues with the discovery that the sharpness is only slightly damaged when the image gets moving, as during ”Casino Royale’s” kinetic Free Running sequence. Presumably thanks to a combination of a good innate LCD response time and the Pixel Plus 2 HD processors, the 32PFL7762D does a great job of both retaining resolution over moving objects and avoiding smearing as things charge across the screen.


Not that the 32PFL7762D only makes HD look crisp and sharp, though. It also works wonders on standard definition compared with many more modern processing rivals, producing an upscaled standard definition picture that really does look at least mid-way between standard and high definition. Better still, this extra sharpness is achieved with remarkably little attendant grain or other video noise.

The 32PFL7762D is to be congratulated, too, on its colours. Out are the over-dominant reds and greens and weird skin tones seen on so many budget sets. In are largely natural skin tones, and an impressively coherent and video-friendly general palette.


Black levels are very accomplished for a budget TV too. The evening suits on show during ”Casino Royale’s” poker games look impressively black rather than grey and washed out as they tend to with affordable LCDs. And really dark scenes like those where Bond is tortured don’t look as if they’re taking place behind a veil of mist. 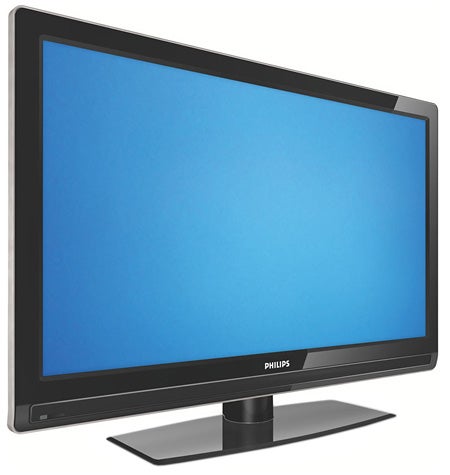 Inevitably the 32PFL7762D falls short of Philips’ high-end TVs in a few areas. Probably the most obvious problem is the way harshly contrasting edges can sometimes look forced and over-bright. But also, while colours are very natural and subtly rendered, they do lack a touch of vibrancy versus the best LCDs out there. Plus the picture sometimes seems to flicker, especially during camera pans; the dynamic contrast system is very occasionally a touch clumsy and over-obvious; and once or twice I spotted traces of gentle moire noise over some patches of particularly fine detailing.


It’s worth stating, though, that careful tweaking of the TV’s picture settings (especially brightness and contrast) can at least reduce the impact of some of these problems. And in any case, their net impact is nowhere near as potent as the impact of all the set’s good points.


With so many picture points in its favour, it’s surely too much to expect the 32PFL7762D’s sound to be any good as well, right? Wrong. It copes really well with demanding ”Casino Royale” moments such as the ‘sinking building’ in Venice, delivering vocals with exceptional clarity over the rest of the racket and pushing the soundstage over a surprisingly wide distance. It even delivers quite a bit of bass by flat TV standards courtesy of a subwoofer built onto the TV’s rear. This bass causes a little distortion at particularly extreme moments, but it’s only minor and seldom distracts you from what you’re watching.


Although the 32PFL7762D’s Pixel Plus 2 HD engine is definitely showing its age now that we’re familiar with the sensational qualities of Philips’ new Perfect Pixel Engine, it’s still more than good enough to make the set’s £528 price look like one hell of a bargain.