Philips’ latest TV range has been nothing if not consistent, at least when it comes to its core feature ‘values’.


This hasn’t always been a good thing; none of its current models have Freeview HD tuners built in, for instance. On the plus side, though, the Philips TV ‘DNA’ does mean that the majority of its sets can be depended on to deliver some powerful video processing to help pictures along, as well as a taste for multimedia and, best of all, LED lighting.


Impressively, this move to LED extends right down to the 32PFL7605H we’re looking at today, despite it being merely a lower mid-range model that’s only 32 inches in size. Admittedly, the flavour of the LED lighting in the 32PFL7605H is edge rather than the higher-quality direct option used by Philips’ outstanding 9000 TV series. But if it’s done well, its edge LED engine should still give the TV plenty of potential for outperforming the vast majority of its 32in peers. Especially those peers sitting round the 32PFL7605H’s surprisingly aggressive £629 price tag. 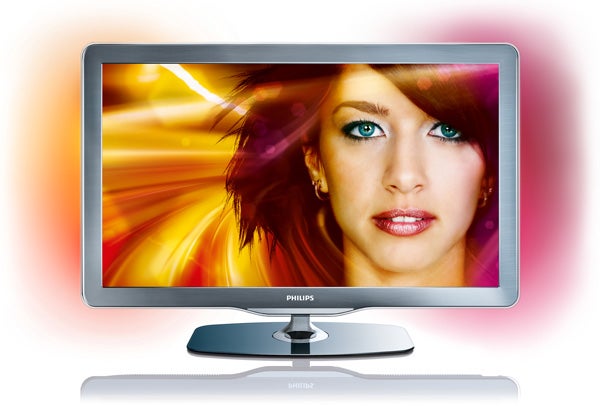 Of course, though, as we’ve seen with a depressing number of other edge LED TVs recently, the trendy new lighting tech can also do harm to pictures if it’s not done well…


The 32PFL7605H is startlingly easy on the eye for one of Philips’ most affordable TVs. Its grey-silver finish makes a nice change from the usual black, and we were rather taken, too, by its rounded corners, well-built stand and highly polished finish.


It does no harm whatsoever to the 32PFL7605H’s looks, either, that it comes equipped with ‘stereo’ Ambilight, where coloured light sympathetic to the image being shown is cast from the TV’s left and right sides. Some people might find this feature gimmicky, but we personally have a lot of time for it. But anyway, if it doesn’t float your boat you can always turn the feature off.


So far the 32PFL7605H looks rather better than you might expect for its money. And this impression continues with its connectivity, thanks to the inclusion of a collection of our favourite things: four HDMIs, a USB port and an Ethernet port. The USB and Ethernet ports impressively prove to be just as flexible in multimedia terms as the same jacks on sets further up Philips’ current TV range. In other words, the USBs can thus handle photo, music or a wide variety of video formats, while the Ethernet permits streaming from networked DLNA PCs or access to Philips’ NetTV online platform.

Having covered NetTV in some depth in a couple of recent features about online TV services, we won’t go into full details on Philips’ online system here. What we will say, however, is that NetTV’s standout trick is its built-in Opera browser, permitting open Web browsing.


This browser isn’t compatible with every site and doesn’t handle many plug-ins, but we still appreciate the freedom it offers beyond the usual ‘walled garden’ approach of most current online TV systems. In fact, it comes as no surprise to find at this year’s Consumer Electronics Show (CES) in Las Vegas that most of the other big TV brands are going to add open Web browsing to their 2011 online TV services. 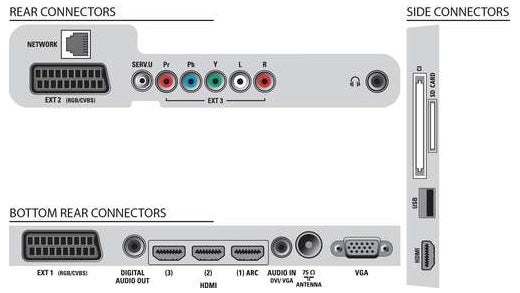 The downside to NetTV is that its controlled walled garden part isn’t particularly great. There’s lots of video content to be found in there, which is good, but a bit too much of this is available via subscription only. Still, as we’re seeing with increasing regularity now, NetTV’s content offering is liable to get improved without warning at any time.


A Philips TV would hardly be a Philips TV, meanwhile, if it didn’t come packing some pretty serious picture processing heat. And so while the 32PFL7605H’s mid-range status means it doesn’t enjoy Philips most powerful Perfect Pixel HD engine, it does get the generation or so older Pixel Precise HD.

This isn’t as canny as the newer engine when it comes to boosting colour subtleties, adding detail and suppressing noise, and can cause the occasional motion artefact. But it’s still more powerful and effective than many video processors at the sub-£650 level, especially when it comes to adding detail to standard definition sources.


The only catch is a familiar one with Philips TVs, namely that you need to learn your way around the 32PFL7605H’s many adjustable processing options, and not be afraid to revisit these options regularly with different footage types. Only by committing to this and adapting settings to suit different source types will you consistently get the best from the TV. As a general rule, if it helps, we’d advise seldom if ever setting any of the processing options higher than their ‘low’ level, and never using noise reduction at all with any HD sources.


Provided you commit to the above effort, though, the 32PFL7605H can reward you with some very likeable pictures for its price point.

Starting with standard def feeds from that non-HD Freeview tuner, for instance, it’s striking how detailed and sharp pictures tend to look, particularly if they are of a decent quality in the first place. The processing that delivers this sharpness can exaggerate noise a little with weak-quality digital standard def sources, but not to an even remotely unbearable extent.


The 32PFL7605H’s standard def colours are good too, largely avoiding the sort of oddball colour tones witnessed with standard def on a number of other relatively affordable LCD TVs.


HD pictures look extremely crisp as well, with the 32PFL7605H delivering an unusually strong sense of HD’s prowess in the clarity and detail departments. It doesn’t harm things in this regard, either, that the set’s combination of 100Hz processing and the Pixel Precise HD system helps it keep a lid on motion blur way better than your average affordable 32in TV. 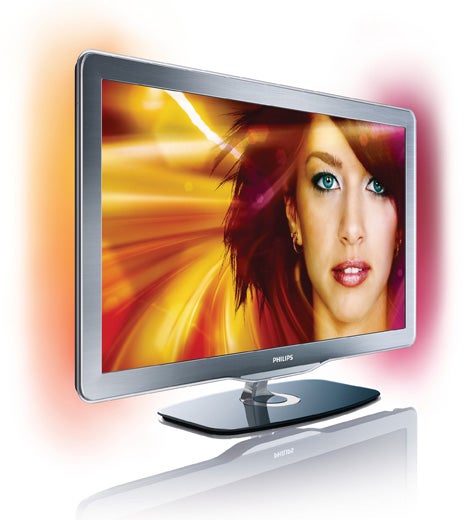 Colours look even richer and more natural with HD, too, and the general air of dynamism and vibrancy is boosted by a pretty prodigious brightness output.


Where the 32PFL7605H falls down a bit is with its black level response. Dark scenes look rather cloudy, which additionally means that colours aren’t quite as accurate during dark scenes as they are bright ones, while dark corners of pictures look a little hollow/short of shadow detail.


We also noticed stripes of backlight inconsistency during very dark scenes. Thankfully the patches of extra brightness were restricted to narrow areas right at the edge of the picture, but they are still noticeable.


Finally, dark scenes definitely struggle if you’re viewing from quite a wide angle, thanks to the way contrast reduces with off-axis viewing. But then, this issue applies to the vast majority of other LCD TVs, too.


Overall, though, our response to the 32PFL7605H’spictures is definitely positive considering the set’s cost.


It actually sounds OK, too. Certainly it’s got enough power and range to avoid the cramped and muddy sound heard on all too many cheap LCD TVs, and even manages to throw in a little bass along the way. That said, if you’re really serious about audio, the 32PFL7605H doesn’t get close to the impressive sonic talents of Philips’ 9000 Series.


Although it’s not quite one of Philips’ classic TVs, the 32PFL7605H certainly is a more than solid all-rounder – and as such it represents strong value for money, especially if you fancy having some decent online capabilities on your next TV.