As you’ve probably already guessed if you clocked the £540 price at the top of this review, the 32PFL7562D resides on the lower slopes of Philips’ bewilderingly extensive LCD TV range. Not that this really helps us at all in forming any sort of prejudgment on the set’s potential, as previous Philips budget busters have ranged from outstanding to drab with puzzling consistency.


One thing we can say for sure, though, is that it’s certainly not a bad looking TV by any means in its glossy black finish. But at the same time the design doesn’t stand out from the crowd. 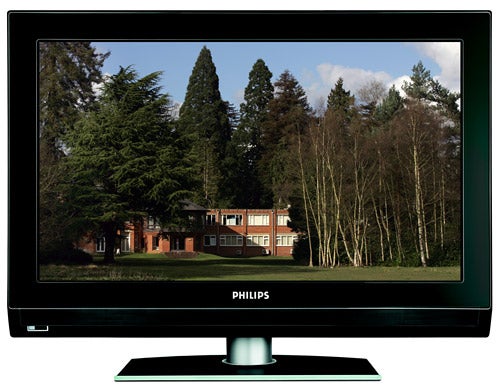 What’s more, it’s impossible as a reviewer of many previous Philips TVs not to rue the absence on the 32PFL7562D – however cheap it might be – of the brand’s Ambilight technology. Designed to make long-term viewing more relaxing and immersive by pouring pools of coloured light from the TV’s edges, we’ve found Ambilight genuinely enjoyable and far less gimmicky than it sounds.


Of course, though, it wouldn’t be fair to get too down about the Ambilight situation. After all, you don’t exactly find anything similar on other sub-£600 TVs from other brands, do you? And if it came to a toss up between sacrificing Ambilight or sacrificing picture quality to hit a budget price, then it’s pretty obvious that picture quality should come first.

Connectivity is good enough for a budget set. In other words, the 32PFL7562D carries two HDMIs, component video inputs, and support for a PC on top of all the usual SCART/S-Video/composite video options. There’s also a bonus in the shape of a USB input tucked along the TV’s side which can take an admirably wide range of file types, including: JPEG, MP3, MP3 Pro, LPCM, MPEG1 and MPEG2. The only limitation here – and it’s really not a serious one at all – is that the USB device you’re connecting needs to be formatted using a FAT/DOS configuration.


We do have one genuine complaint about the 32PFL7562D’s connections, though: the lack of a D-Sub PC input. This does not mean that you can’t connect a PC; the HDMIs can take one, and H/V terminals alongside the component video input allow you to go that route too. But you can only jack in a PC at the expense of a socket that could otherwise have been used for something else.

Expecting not to turn up anything of great significance, we’re pleasantly surprised when a trawl of the 32PFL7562D’s features produces an immediate and very welcome surprise in the form of Philips’ Pixel Plus 2 HD image processing engine.


This second generation of Pixel Plus – a proprietary Philips system for adding detail and clarity to pictures – is especially designed and ‘souped up’ to handle HD footage, and also introduces a few extra niceties such as enhanced edge rendering (to reduce the slightly harsh edging seen with Pixel Plus 1) and a tool for recognising and improving the appearance of skin tones. 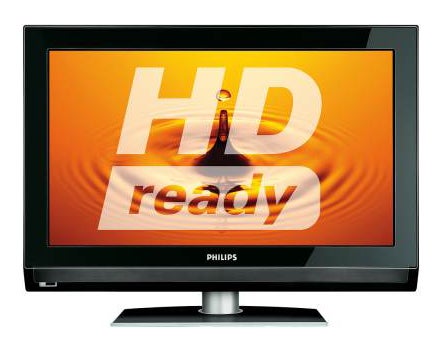 Regular readers may recall that Philips is now offering Pixel Plus 3 HD on some of its high-end LCD models, which brings some really impressive new noise reduction facilities to the party. But frankly, even finding a ‘previous gen’ Pixel Plus system on a £540 32in TV counts as a bonus in our book – especially since we’ve seen Pixel Plus 2 HD produce some handy results in the past.


As well as boasting a standard native resolution of 1,366 x 768 and a very impressive claimed contrast ratio of 4,000:1, the 32PFL7562D has three other intriguing features up its sleeve. First, and rather controversial, is Digital Natural Motion, which interpolates extra frames of image data to make objects moving across the screen look sharper and smoother. Why is this controversial? Because on every previous occasion that we’ve come across it we’ve failed to warm to it at all, finding it over-intrusive to the point where its effects sometimes induce a vague feeling of nausea. 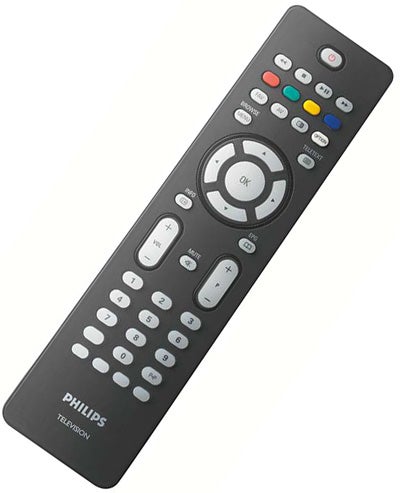 Active Control, meanwhile, is also a tad controversial. Designed to automatically adjust a variety of image parameters based on an ongoing assessment of the incoming source material, our experience suggests it’s no substitute for what you can achieve by using your own judgment and/or a good TV calibration aid such as the DVD Essentials disc (£14.98 from amazon.co.uk).


Rather less open to concern is the inclusion of MPEG noise reduction to smooth away the blockiness that can infiltrate low-quality digital broadcasts, and a colour enhancer that really does introduce richer saturations to pictures without overcooking things. Provided you’re careful with the 32PFL7562D’s set up, we’re happy to report that it delivers pictures that rate as good by any 32in LCD TV standards, and excellent by budget 32in LCD TV standards.

Black levels usually present a very stiff test for any budget LCD TV – but on the 32PFL7562D the darkest corners of Bioshock on the Xbox 360 or The Bourne Supremacy on HD DVD look really convincingly black, with precious little of LCD’s usual greying over problem.


Similarly impressive versus the majority of its price-based rivals is the sharpness of the 32PFL7562D’s images. Pixel Plus 2 raises standard definition pictures to something at least half way to high definition, while high definition pictures look pin sharp and full of all the subtle texturing and extra clarity that makes the HD format so appealing. And yes, the set’s HD prowess really does stand out even though it’s only appearing on a relatively small 32in screen.


Further good news comes from the 32PFL7562D’s colours, which are portrayed with terrific intensity and brightness without – crucially – letting tones become cartoonish, even when dealing with tricky fare such as the skin tones during the ultra-naturalistic Bourne Supremacy cinematography. Just occasionally a particularly rich red can take on a slightly orangey hue, but that’s really not a heavy sin at this price point. And in any case it’s something that, strangely, you just get used to over time. 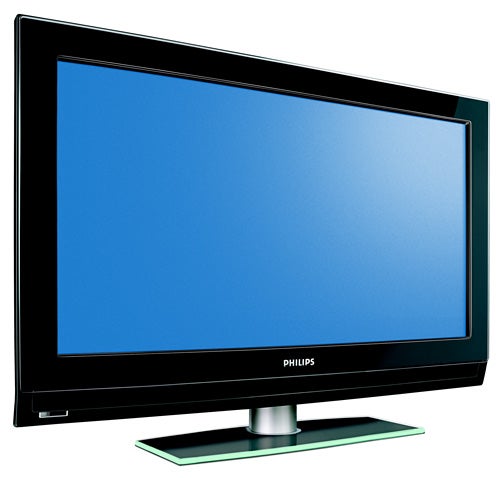 There are, however, reasons why the 32PFL7562D only gets an 8 for picture in our scores – and why AV perfectionists might still want to spend more elsewhere. For instance, while watching Jason Bourne’s lightning fast fisticuffs, plus an England/India one day cricket match, we found the set a touch prone to motion smearing. Not as much as with many sub-£600 sets, it has to be said, but enough to force us to mention it.


Something about the Pixel Plus 2 HD system also sometimes causes skin tones to look rather ‘mannequin-like’, and pictures can become noisy if you don’t do the sensible thing and keep the TV’s contrast reined in. Finally, Digital Natural Motion does its usual trick of making most pictures look so fluid that things actually start to appear unnatural. Just as well, then, that you can leave the feature turned off…


It’s back to the good stuff with the 32PFL7562D’s audio, though, which combines plenty of power with more frequency response than is common with budget 32in LCDs.


If you look carefully, it’s easy to see the ‘cracks’ left by the features the 32PFL7562D has had to go without in order to hit its low price. But with some judicious tweaking of the TV’s settings, it’s possible to at least partially Polyfilla over some of those cracks, leaving you with a TV that easily outperforms its price point.