Philosophically speaking, we’re really not sure what to make of Philips’ current policy towards LCD TVs. For instance, is it really sensible to deluge the marketplace with a range so large and varied that it must befuddle all but the most dedicated of home cinema aficionados? And is it really a good idea to include within that range different generations of the same technologies?


Take Philips’ Pixel Plus technology, for instance. Philips currently has no less than three generations/versions of this in the market simultaneously, but surely this carries a huge risk of your average punter just seeing the oldest version in action and thinking that’s the best Pixel Plus as a whole has to offer?


Then there’s the fact that the enormous scope of Philips’ range must put a huge strain on the company’s resources too, in much the same way restaurant kitchens are strained by trying to run a huge menu.


These problems, though, are mostly just for Philips to worry about. All we want to know as consumers is if the Philips TVs that dominate store shelves are actually any good. So let’s find out by having a look at the determinedly mid-range 32in 32PF9641D. 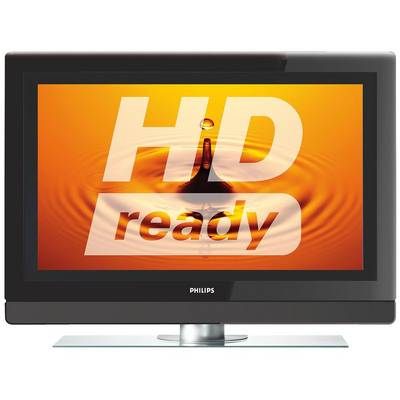 A number of key factors define this set’s mid-range stance. First, although it sports Pixel Plus processing, it’s not the all-singing, all-dancing new Pixel Plus 3 HD variation, but ‘last year’s’ Pixel Plus 2 HD. Which means it lacks, among other things, some of Pixel Plus 3 HD’s new noise reduction talents. But before you get too depressed by this, the results achieved by Pixel Plus 2 HD TVs previously have still been seriously impressive, so we have no reason to expect anything less here.


Also helping pitch the 32PF9641D in the centre of Philips’ range is its Ambilight technology. It comes in a ‘stereo’ flavour where different coloured light can spill individually from each side of the TV, rather than the basic ‘same light from both sides’ approach of the bottom-end Ambilight system, or the ‘coloured light from all four sides’ seen on the top-end Ambilight Surround system.

The set’s connectivity also comprises a fairly middle-ground set of jacks. Twin HDMIs and a USB port for JPEG, MP3/MPEG2 and .alb slideshow files set a step-up tone, but the fact that a single component video input has to double up as a VGA PC port dints any high-end pretensions. Finally on the ‘defining features’ front, the 32PF9641D boasts a native resolution of 1,366 x 768, not a full HD 1,920 x 1,080.


With the set’s major defining features covered, we’ve still got a pleasing volume of other bits and bobs to consider. Not least among these is the provision of a digital tuner, complete with all the customary 7-day electronic programme guide support.

But also tucked away in the TV’s slightly convoluted onscreen menu system are this little lot: MPEG noise reduction for smoothing out messy digital broadcasts; various colour enhancement tools; a ‘dynamic contrast booster’ that can automatically adjust the picture’s settings to boost black levels during dark scenes; and Digital Natural Motion processing for smoothing the passage of moving objects.


We found all of the above tools more or less useful at some point or other during our tests with the exception of Digital Natural Motion, which throws up too many nasty side effects for comfort. 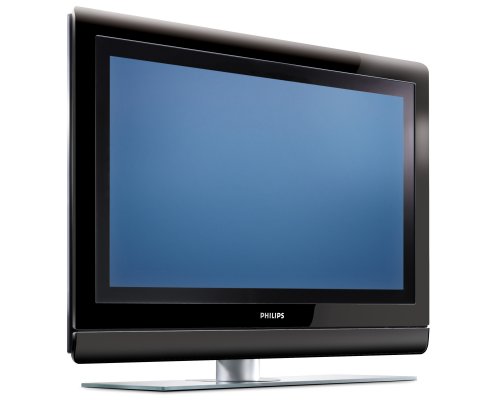 There’s one final feature we should note for its absence: Philips’ Clear LCD system for boosting black levels and further improving motion handling. This is currently reserved for Philips high-end sets only – though you never know, it might filter down to middle-range models next year after Philips has introduced ClearLCD 2 for its next flagship TVs!


Putting the 32PF9641D to work on a selection of our favourite test sources, we’re pleased to say that although we certainly miss the likes of Clear LCD and Pixel Plus 3, it’s still a cracking performer for £865.


For starters, pristine HD sources like Crackdown on the Xbox 360 and the HD DVD of King Kong both look sensationally sharp, with a crispness and level of detail resolution that’s rare indeed on a 32in LCD TV. What’s more, though, this apparent sharpness isn’t restricted to HD, as the Pixel Plus 2 HD processing engine also makes the 32PF9641D unusually accomplished at showing standard definition stuff from the digital tuner or a DVD player.


It’s good to report, too, that the sense of sharpness the picture delivers is only rarely reduced by any of the blurring of moving objects that’s so often an unwanted LCD trademark.

Another great strength of the 32PF9641D is its black level response. There’s impressively little of the flattening greyness that’s so often a feature of sub-£1k 32in LCD TVs, and even better, dark areas retain a fair degree of shadow detailing rather than looking hollow and empty. Couple this black level prowess with the sharpness mentioned earlier, and you’ve got a picture that exhibits exemplary scale and depth.


Crucially, though, unlike with one or two previous Philips LCD TVs, here the fulsome colour saturations aren’t delivered at the expense of tonal naturalism, meaning that all but the very trickiest of skin tones look entirely authentic. 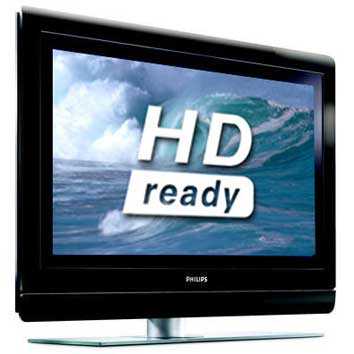 The only significant negative to report about the 32PF9641D’s pictures is that with weaker analogue or digital standard definition sources, Pixel Plus 2 HD can leave images looking a touch gritty and ‘alive’ with processing noise – especially when compared with what Pixel Plus 3 HD is capable of. We should probably also say that although they’re great by sub-£1k standards, even subtler black levels can be had elsewhere, especially in the plasma world.


On the audio front, the 32PF9641D isn’t quite as much of a star as it is with its pictures, but it’s still eminently satisfying thanks to a fairly wide-ranging frequency response, plus plenty of clarity and raw power.


Whatever philosophical doubts we may have about Philips’ current TV policy from a branding point of view, if it keeps resulting in TVs as good for their money as the 32PF9641D, from a punter’s perspective we’ll have no problems with it whatsoever!