Check out www.philips.co.uk, and you’ll see that Philips is currently flogging no less than 33 separate flat panel TVs in the UK. And this is in a hard-as-nails market where most manufacturers are content to ship no more than a handful of models at any one time. Crikey.


We guess this deluge of flat TVs perhaps makes Philips look supremely confident. But we can’t help but wonder if such a blanket approach might not leave punters rather confused about all the differences between the screens, especially when these differences come down in some cases merely to the use of different generations of Philips’ Pixel Plus technology – a quite technical difference that we certainly aren’t confident either shop sales staff or consumers will really understand. In fact, we even wonder if the policy of having different generations of Pixel Plus in the same marketplace might be in danger of devaluing the once stellar appeal of Philips’ core picture processing technology. 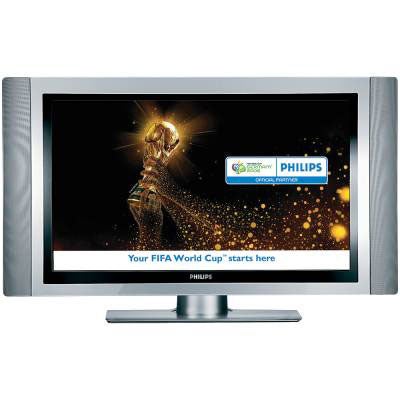 Which is what makes the LCD 32PF7521D so interesting. For as a model at the lower end of Philips’ current 32in range, it employs one of the very earliest Pixel Plus versions; one that predates not only the Pixel Plus 3 HD system used on the company’s flagship models, but also the Pixel Plus 2 HD system sported by its current mid-range models. Can such an aging Pixel Plus generation really hold its own against the best of the rest currently on offer?


Before we find out, though, we’ve got some basics to cover. Starting with what it looks like. Not surprisingly given its relatively low status in Philips’ current pecking order it doesn’t sport Philips’ AmbiLight technology. But while this is fair enough, the rather bland colour scheme and straightforward sculpting are a little too unimaginative for comfort.

Much easier on the eye are the TV’s connections. Things kick off nicely with twin HDMIs, but these receive handsome support from component video and PC jacks, a digital audio output, and the usual SCART/S-Video/composite video standards. What makes us particularly happy about all this is that unlike many previous Philips LCD TVs, you’re not expected to input digital video, component and PC signals through the same, single connector. Hallelujah.


If you’re wondering why the 32PF7521D carries a digital audio output, it’s because the set has a built-in digital tuner, so the digital audio output is there to permit the export of Dolby Digital 5.1 audio tracks should the Freeview service start broadcasting them. 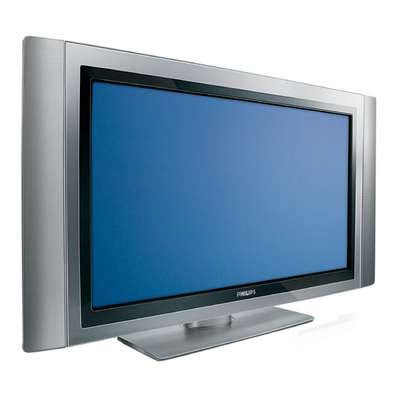 Also backing up the digital tuner is a CAM slot for adding subscription TV services, plus the usual 7-day electronic programme guide, complete with the facility to set timer events simply by selecting programmes from the listings.


The set is inevitably HD Ready, with a native resolution of 1,366 x 768 and compatibility with the key 720p and 1080i HD formats wrapping up the necessary specification requirements. Please note, though, that in common with most current LCD and plasma TVs, the 32PF7521D does not take the 1080p format.


Going back briefly to the Pixel Plus situation, we have to say that by using an older generation of the technology, the 32PF7521D misses out on a number of the improvements made for later generations. Particularly worrying is the fact that unlike Pixel Plus versions from Pixel Plus 2 HD and on, the system here can’t work on HD pictures in their native form. Instead it has to down-convert them to standard definition first, before using its own processing to remap them to the screen’s HD resolution.


Other little 32PF7521D tricks worth running by you include a contrast range expansion circuit, and some picture in picture options.


Colours also look slightly unnatural in tone from time to time, most often with standard definition and especially where skin is concerned – an issue which, again, later Pixel Plus systems have worked hard to address. We also feel there are slightly more processing side effects such as shimmering around moving objects than we’ve seen with later Pixel Plus versions.


A further, more general problem with the 32PF7521D’s pictures concerns their black levels. They just don’t reach the sort of dark depths we’d really like to see on a £1,200 32in LCD these days, bottoming out into grey too soon and flattening the image in the process.

The 32PF7521D isn’t without its good points. For one thing, Pixel Plus’ talent for making standard definition pictures look massively sharper and more detailed than they would normally is clearly apparent. HD sources also look very sharp, suggesting that the HD ‘downscaling/upscaling’ process we described earlier isn’t causing quite as much nastiness as we might have feared.


The combination of these strengths means that occasionally – predominantly with bright, largely static footage – the 32PF7521D’s pictures can look really rather good. It’s just a pity these occasions don’t occur too often.


The 32PF7521D’s audio happily suffers no such inconsistencies, always combining fair power handling with clear treble and mid-ranges, and a well-dispersed soundstage. More bass would have been nice, but that’s hardly a new complaint for an LCD TV.


As we’d feared, using an old version of Pixel Plus doesn’t do the 32PF7521D any favours. It thus arguably also doesn’t do any favours to the general perception of Pixel Plus (though obviously if you’ve read this review, you’re hopefully well informed enough not to fall prey to such a ‘general perception’). None of which is exactly what we want to be saying about a 32in TV that costs as much as £1,200.