As Andy observed in his review of the HP w2207, 22in displays are fast becoming the new standard, offering a pleasing size, a widescreen aspect ratio and a reasonable native resolution with a uniform 1,680 x 1,050. While all of these are undoubtedly good things it has to be said that while the standard of most of these 22in displays is reasonable, none has really blown us away, though the aforementioned HP and Samsung’s 226BW are currently our two favourites. 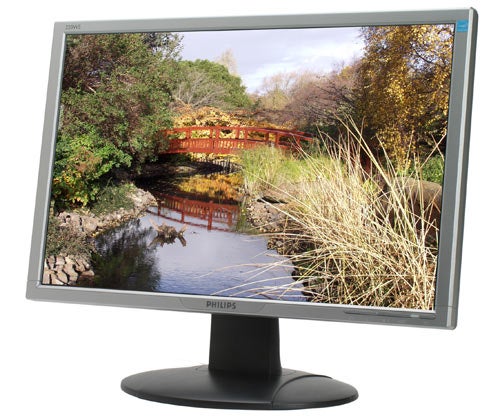 When we heard that Philips was entering this rapidly crowded arena we were filled with anticipation, considering that Philips certainly knows how to make a good LCD display, as evidenced by this exquisite 37in 1080p TV. However, when the Philips 220WS turned up, we have to admit we were a touch disappointed. Compared to the design of the HP and Samsung screens it has something of a budget look about it. The monitor is available with two bezel colours, silver and black and we were the recipients of the silver one. It in no way looks expensive and lacks the finish of the HP and Samsung, with the joins at the bottom of the bezel all too visible and a rather naff curve surrounding the Philips logo.


The stand is even more disappointing, being a rather dreary slab of plastic that does nothing for the looks. Even worse, we had to actually screw the base on using a screwdriver. I can’t recall ever having to do this before, as normally a stand will just click into place. If the monitor stand were particularly impressive there might have been some justification for this – but as it is, the only feature it offers is that it tilts forward 25 degrees and back five degrees. There’s no rotate option as such but it turns on its base easily enough with the 5.6Kg weight holding it to the desk. It certainly doesn’t pivot as the HP w2207 does and there’s no height adjustment. It does offer Vesa mounting holes though.

Connectivity wise, the connections are limited to standard DVI and a VGA port, but full thumbs up for having HDCP support on the DVI connector, so unwitting consumers won’t be disappointed when they play their HD DVD or Blu ray movies, probably at some point in the future.

Performance wise, Philips is claiming a healthy 1,000:1 contrast ratio – ok, we know that these claimed figures are fanciful, but the higher the claimed figure the better is still a good rule of thumb. The brightness is listed at 300cd/m2 and a 5ms response time. This is listed as ‘typical’ but I can only assume this is a grey-to-grey figure, rather than Off-On-Off. The display colours are listed at 16.7 million, but I’m not convinced that it is actually an 8-bit panel, which this figure would imply. The screen doesn’t have any kind of high gloss coating, which is either a good or a bad thing depending on your view of such coatings.

Before we move onto the image quality tests, let’s talk about the OSD buttons. There are five buttons at the bottom right of the bezel. The far right is for power, and a yellow light to the left of this indicates when the screen is on. The Auto button on the far left is for optimising the picture when connected via analogue. The buttons to the right of this are labelled Brightness and Contrast, and once you press there the buttons turn into left and right to make adjustments. Pressing the menu buttons reveals a limited range of options – there are colour settings and you can choose between, Original and 9,300k and 6,500k colour temperatures, as well as sRGB. Alternatively, you can adjust the Red, Green, and blue manually. If you need to switch between the VGA and DVI ports manually, you can do so from within the menu but you’ll find it something of a faff to do so. You can change the OSD language and the position, and aside from a reset option, that’s about your lot.


The first image quality test I tried was simply regular Windows use. I switched the monitor to 6,500k and found that the picture in Windows was quite satisfactory and gave me a better initial impression than the design it is housed in. One thing I noticed immediately was a far more accurate white than the Dell monitor 2407 screen it shared a desk with. 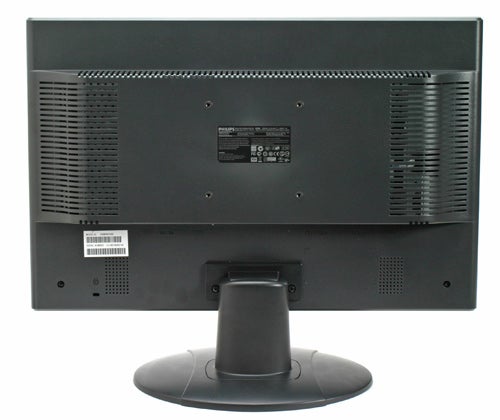 The next, more objective look at the screen was using DisplayMate, which runs a series of tests to really put a screen though its paces. The first of these is designed to reveal any pixel tracking issues, which is really only an issue when hooked up by an analogue connector. As it turned out it immediately revealed a couple of other issues – there was some odd flickering, and an overly green tinge at the top of the screen. Meanwhile at the bottom of the screen there was a purplish patch.


Moving to the grey scale test and I found that the Philips did a good job, with every step distinguishable. The 256 level Intensity Colour Ramp was also dealt with well, with only a hint of banding and pleasingly smooth fading.

Primary colours are handled fairly well, but I did have a problem when it came to red colour purity. It was a little bit off and there are several dark patches around the right edge of the screen. The colour scaling was again very good but the reds and the oranges didn’t seen quite true.


As for sharpness I am used to seeing very good results with very small text sizes but it wasn’t quite the case here – with the Philips starting to look a little indistinct at 7.5 point with white text on a black background. Text at 6.8 point was appreciably worse. 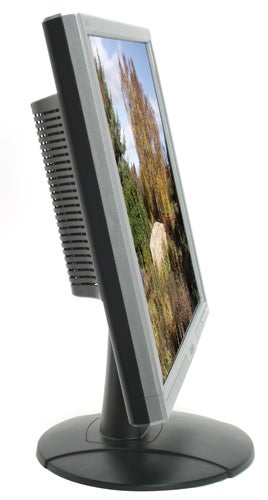 Photo viewing was a good experience on the panel, with a good natural tone and thanks to the decent contrast ratio, plenty of detail in darker areas. However, my experiences in DisplayMate means I would be loathe to trust it for colour accuracy. It’s not the most vibrant screen in the world either.


The contrast ratio really came into its own in video playback, with the Philips dealing well with those sometimes tricky darker areas. Playback was sufficiently smooth and lag free to my eyes and the same was true for gaming, with some Counter Strike: Source and some old school Serious Sam sessions proving the point.


In terms of viewing angles the Philips is average for a TN based panel. Moving off centre both vertically and horizontally causes the screen to appear very dark, but at least it doesn’t change colour wildly as the Acer AL2216w does. 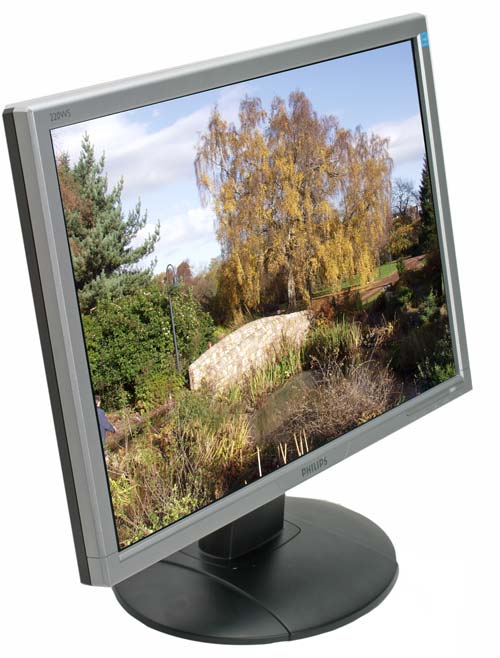 One aspect that we don’t normally talk about is power consumption and it’s here that the Philips may appeal, especially for larger businesses. Philips claims that the monitor performs at a full 10 per cent under Energy Star requirements, which may be a factor when making larger purchases.


Certainly it won’t be the looks that will sway the decision. The Philips panel then generally impresses more than the design. The latter is something of an issue as the HP can be picked up for only £20 or so more yet outdoes the Philips in every area. It equals it in terms of specification, yet has a far more stylish design in terms of both looks and flexibility with a far funkier stand. It also offers speakers and a USB hub, and overall bests the Philips for image quality. The Samsung 226bw does much the same, although it’s no better featured.


This leaves the Philips 220WS precisely nowhere. It’s not quite good enough to recommend for image quality, has drab design and with this in mind is just too expensive. Philips needs to apply as much effort to its monitors as it does to its TVs if it’s too compete and if it’s unable or unwilling to do so, from this average showing, it might need to reconsider its position in the PC display market.


A decent display in most regards, but there are image quality flaws. These are outweighed though by a drab design and a lack of features. It’s a bit cheaper than the competition but not nearly enough to save this from being an also ran.