Wireless and Bluetooth headphones come in many shapes and sizes these days. They don’t need large batteries like the noise cancelling type, letting them become wonderfully portable. However, the Phiaton PS 20 BT trade in some of that portability to give you better control over your music. And at £129.99, they had better sound good too.

Design and Features
Many pairs of Bluetooth headphones are little more than a pair of earbuds strung together with a cable, letting them stick up top on your head without ever getting remotely close to a limb. But the Phiaton PS 20 BT are different. As they incorporate a pebble-like remote control, they’re a little higher maintenance than many. 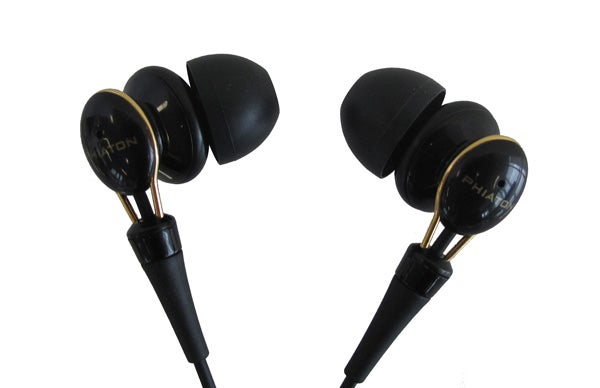 There’s around 50cm between the earpieces and the controller, joined together with a bog-standard rubberised earphone cable. It’s a bit of a curious distance, as the remote is a bit too heavy to leave dangling, but the cable isn’t long enough to let you clip the thing to a waistband. 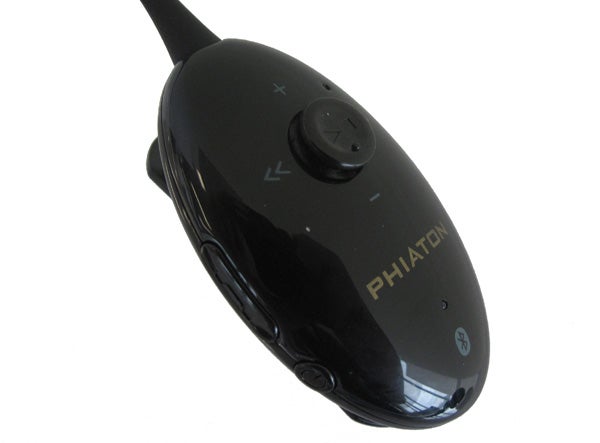 What options are we left with? The collar, a T-shirt sleeve or a shirt pocket. As the remote housing features a large plastic clip on its rear, all should be possible. In practice, it’s not quite that simple. Put the thing on your collar and the reinforced cable housing means it juts up into your neck. Put in on a T-shirt sleeve and you’ll be fine… unless you decide to go for a run. The cable is a little too short. 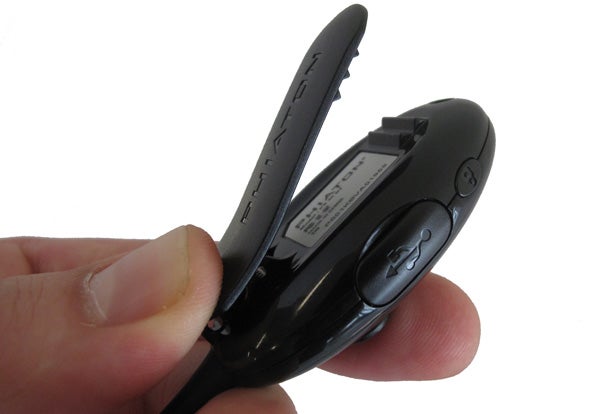 A shirt pocket will work just fine, but not everyone wears shirts with pockets, and the situations when Bluetooth headphones come in extra-handy are ones when shirt pockets are least likely to be around. Quite what the full idea behind the Phiaton PS 20 BT earphones is confuses. And even if you do have somewhere you’ll be able to clip the remote housing, having the extra wire to contend with does remove some of the benefit of using wireless earphones. 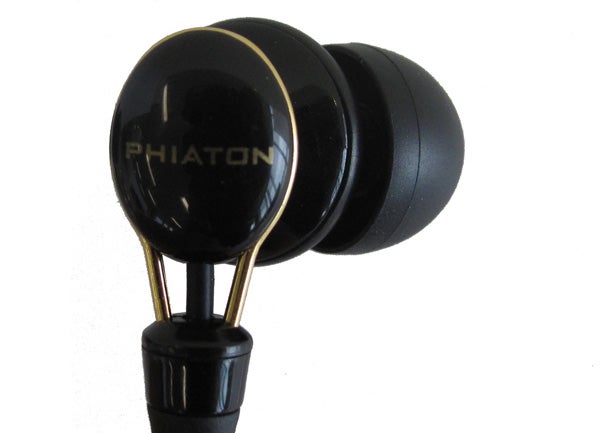 The design of the earpieces themselves is also slightly questionable. Phiaton has a thing for ostentatious design tweaks. In its PS 500 headphones, snakeskin-print leather took the dubious design honour. Here, gold trim has us raising out eyebrows a little. To be fair to Phiaton, it’s not a flat-out bad style, just one we’re sure not everyone will warm to.

Features
Stepping back from what they’re actually like in-use, the Phiaton PS 20 BT impress with the features they offer. They’re one of the first Bluetooth sets of earphones we’ve encountered to claim to offer Bluetooth 3.0 streaming.

Bluetooth 3.0 offers greater bandwidth than the usual Bluetooth 2.1 standard, meaning in theory it’ll be able to use a higher quality stream and hence offer better sound quality. It’s a slightly uncomfortable claim, though, as Bluetooth 3.0 uses 802.11, effectively Wi-Fi, to attain its higher speeds. Do these earphones really have Wi-Fi?

Either way, we did not notice any loss of quality from the Bluetooth stream, although such a difference in quality rarely becomes too noticeable as long as headphones are using AptX. This is a higher-quality Bluetooth codec used by more expensive sets, offering near-lossless streaming.

Aside from being a bit of a pain, the remote housing also offers some features of its own too. The joystick-style controller lets you blind-control track playback and volume, and the box also doubles-up as a handsfree kit thanks to the pinhole mic on its front. Also in the box are four sets of silicone tips, a neck strap, carry case and charge cable.

Comfort
Once you get the remote housing hooked-up to some clothing or secured with the neck strap, the Phiaton PS 20 BT are comfortable earphones. As the battery is stored in the controller, the earpieces are very light, and they use a “half in-ear” design that doesn’t delve too far into your ear canals.

Consequently, noise isolation isn’t great, but it does feature a form of noise cancellation. “Echo-off” as Phiaton calls it reduces the effect of outside noise while you’re making calls, similar to the noise cancellation feature most mid-range and top-end smartphones offer these days.

Bluetooth – Pairing and Performance
Hooking-up the Phiaton PS 20 BT is much like any other Bluetooth device. You switch the set on, select it within the phone/media player settings once in pairing mode and you’re finished.

We were particularly impressed with how quickly the Phiatons hooked-up with paired devices in-between sessions. And Phiaton says that the PS 20 BT can be partnered-up with up to eight devices at a time. Range is good too. Phiaton quotes a 10m limit, but with a line of sight we were able to get around 15m away before the signal cut out. 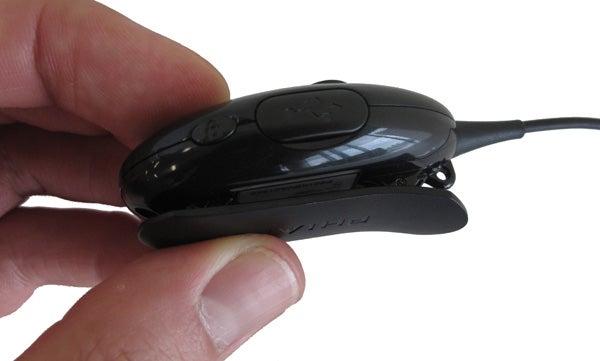 Sound Quality
The Phiaton PS 20 BT offer a smooth, reasonably detailed top-end that usually gets rid of any sibilance or harshness in music. This is partnered with a blanket-like warmth that some people will enjoy, although it doesn’t do the detailing of these earphones any favours. It’s all a bit too warm to feel insightful, although the laidback treble and warm mids form a tag-team that makes for a relaxing listen. 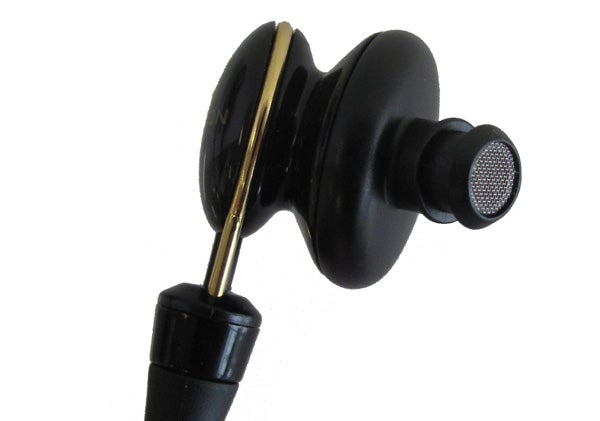 What lets the Phiaton PS 20 BT down, though is the flabby, ill-mannered bass. From a quick, casual listen it may sound powerful but it dominates the sound whenever given the chance in a way that spoils the earphones’ good parts. They can go from sounding open, full, smooth and tonally rather lovely to muddled and confused in the leap from verse to chorus – the low-end just isn’t balanced or disciplined enough to play nice with the rest of the frequency range. 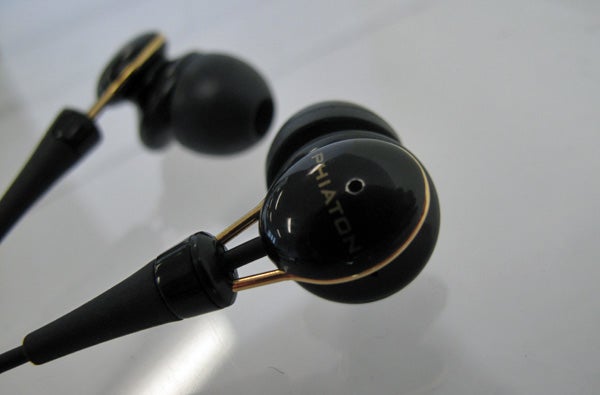 Arrangements featuring multiple elements that have a strong low-mid or bass presence tend to develop a bubbling cauldron of low-end bloat that spoils instrument separation. And the crying shame of it is that these earphones would have probably been really rather good if a little more careful tuning had been applied. However, at £129.99 we expect a bit more. 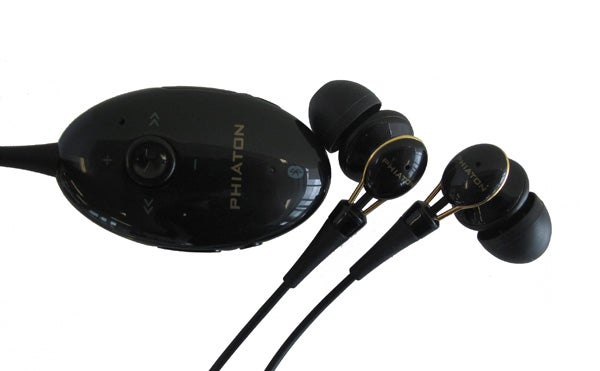 Value
Although they are among the better-sounding Bluetooth earphones around, they are also rather expensive. When earphones costing £50 less offer much better tonal balance, we can’t give them our stamp of approval.

The Phiaton PS 20 BT wireless Bluetooth earphones are a strange mix of good and bad. They offer a remote housing both adds handy functionality and acts as a practical pain in the backside. And while they sound better than most Bluetooth earphones, ill-disciplined bass robs them of the eloquence we expect at the price.