What happens when a man who has risen to prominence giving his own somewhat comical take on the world of video games actually stars in a video game of his own? Presumably, the world explodes. Or Keanu Reeves turns up in something black and offers us a pill while trying to pull the cable out of the back of our heads. Something rather apocalyptic anyway.

Or maybe, just maybe, something rather surprising happens. Despite being associated with the kind of Marmite figure that splits audiences right down the middle – you’ll find as many people who want to berate the Swedish YouTube superstar as you will those who hold him in some kind of esteem – PewDiePie’s debut on mobile is actually rather good. Like, really really good. 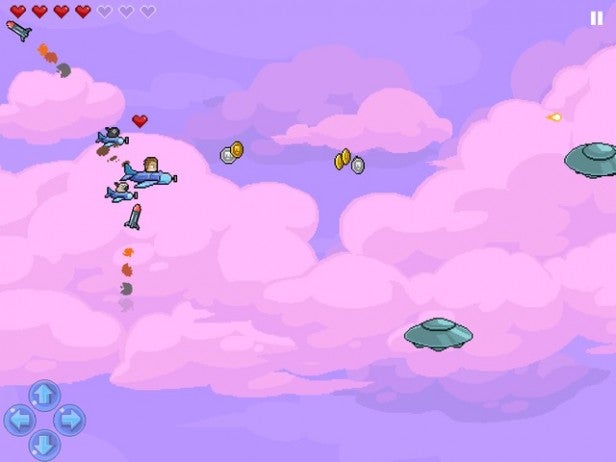 It’s worth pointing out that Legend of the Brofist, as its name suggests, not only stars PewDiePie himself, but it also littered throughout with references to his universe. Thankfully, however, these references are entirely superficial and it’s more than possible to have a good time playing PewDiePie: Legend of the Brofist without having any idea whatsoever what half the references are. That’s namely because at the core of what’s been offered here is a solid and enjoyable platformer, and one that sets out to touch base with many classic games of old.

It’s this desire to pay homage to past hits that developer Outerminds has unashamedly engaged in from start to finish, which is somewhat fitting given PewDiePie’s chosen role casting his eye over the industry. Taking the form of a 2D platformer, Legend of the Brofist starts out in typical running and jumping fashion, with picking up coins to unlock characters and abilities as well hearts to restore health all part of the equation. Of course, PewDiePie’s world isn’t an entirely benevolent one, and you’ll also spend much of your time jumping on his adversaries – everything from exploding cows to a giant T-Rex. 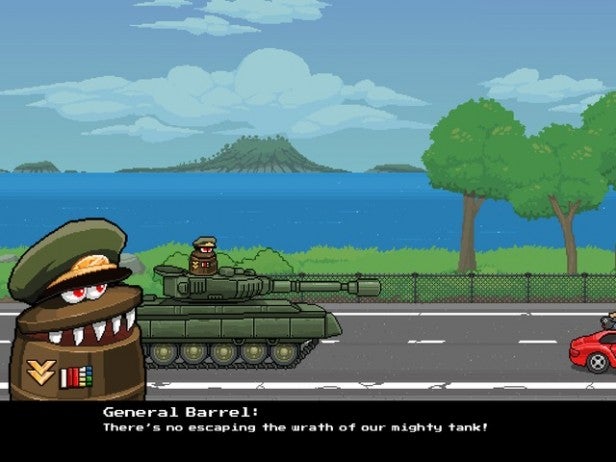 Your most common rival, however, are a series of barrels that have come to life and are baying for your blood. These barrels are, in fact, the perfect example of the ability of the game to layer in a major reference to PewDiePie’s videos directly into the game’s DNA (barrels apparently have long been dubbed the YouTube star’s ‘nemesis’, often the cause of his death in a multitude of different games) without alienating newcomers in the slightest. As the levels pass by, this fairly standard platforming model is played out with levels taking place on the road, in the sky, and in all manner of other locations.

Using either a virtual thumbstick or joypad, your job is to guide PewDiePie (or, later, his assortment of other unlockable friends) through short stages that are tightly packed and highly challenging on easy mode, but perfectly designed for mobile play. Indeed, though most of Legend of the Brofist’s levels come in well under the five minute mark, the fact that there’s a fair chance you’ll die a whole host of times before eventually coming out on top brings an intentionally retro feel to proceedings, and one that marries seamlessly with the game’s 16-bit esque soundtrack and pixel art visuals. 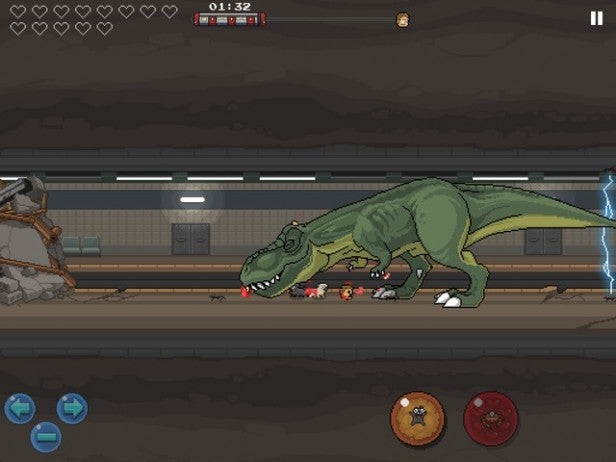 That marriage serves as the perfect illustration of what Outerminds has put together here; everything is expertly crafted, everything fits, everything works. The level design is some of the best you’ll ever encounter on mobile, and the difficultly level is perfectly balanced to give players enough of a challenge without making it too weighty for playing on the go. It’s the ideal example of how a developer should treat any kind of license that lands on their plate, whether tied to a Hollywood movie, or a multi-millionaire YouTuber operating out of the south coast of England. Take elements that reflect the IP in question, and weave them into a game that can stand on its own two feet.

That’s exactly what Legend of the Brofist represents, and whether PewDiePie is to your taste or not, the game attached to his name is undoubtedly one of mobile’s high points in 2015.

Verdict
Legend of the Brofist is one of those rare games attached to a license that will appeal to just as many people who have no link to PewDiePie whatsoever as those who do, simply because it’s an expertly crafted, well balanced and most importantly fun little action platformer that stands as on of the best mobile releases of the year to date.