What is the Petcube Play?

Ever wondered what your fluffy little friend gets up to during the day? Concerned lil’ Fluffikins might be bored while you’re at work? Suspicious your cat is leading a feline revolutionary army in your absence? The Petcube Play looks to tackle at least two out of three of these problems.

It pairs a 1080p indoor network camera with two-way audio alongside a laser you can control from an app, so you can keep your pet entertained while away from home. This should alleviate some of the main concerns faced by busy pet owners.

Considering the name, you’ll perhaps be unsurprised by the shape of the Petcube Play. Mind you, some of Petcube’s other offerings aren’t cubed so perhaps that wasn’t a given. While the Furbo I reviewed not long ago took a more stealthy approach to its design – resembling more a vase than a connected camera – the Petcube Play tries far less to mask its presence.

That’s not to say the glossy finish is unsightly, helped by the fact the Play isn’t particularly big at 76 x 76 x 76mm. There’s a choice of either black, matte silver or rose gold finishes, but all models have a black front. This plus the rounded corners make for an attractive package. 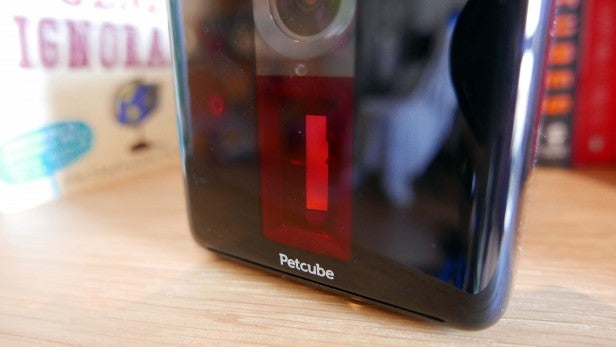 The 1080p camera takes up a decent chunk of the front of the Play with the area below used for the laser array. There’s a big bright white LED that emanates from the front, which can be a little distracting at night if you decide to have the Petcube Play in a bedroom.

The Play is designed to happily sit on a table or on a bookshelf, but there’s also a standard tripod thread on the base if you want to get more creative with your placement. Personally, I left the Petcube Play on my TV stand as that gave me a useful secondary viewpoint versus the Furbo I had set up alongside.

The Petcube Play is powered through USB-C, so you can plug into any old USB wall adaptor you have lying around. A generously long USB-C cable is included in the box, which helps with placement. 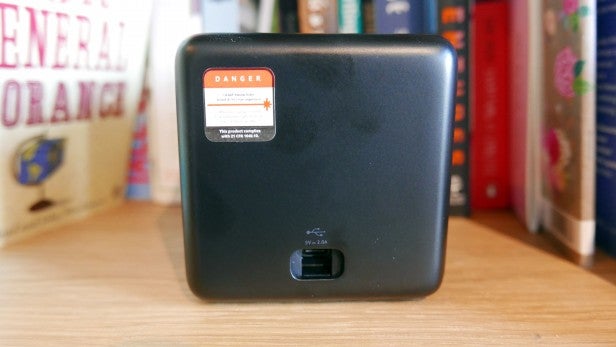 Once plugged in, setting up the camera is straightforward through the Petcube app for Android or iOS. You first pair with the camera over Bluetooth and you can then input your Wi-Fi details. As there’s no Ethernet, you’ll have to use a wireless connection but again that makes placement much simpler. All in all, I had the Petcube Play set up and connected with the app in less than 10 minutes.

Rather than simply providing a platform to control your own Petcube Play camera, the Petcube app can actually serve as a pseudo-social network of pet cameras by allowing owners to open up their Petcube to public access.

While not everyone will want strangers potentially peering into their homes, it’s a useful option for those who haven’t got their cameras in quite such a public part of their living room as I have.

Having browsed through the various public cameras available, there are a number pointed at hallways and the like, where you’re then free to interact with other people’s pets. 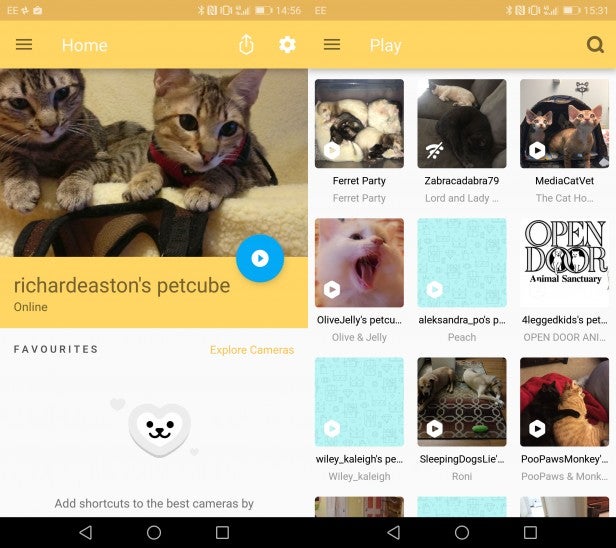 The other great use is for animal shelters and establishments such as cat cafes. Petcube told me it works with a number of shelters across the US, and it’s nice that you’re able to help keep the animals entertained. Even if you don’t have a Petcube of your own, you might enjoy the app just to be able to play with and observe animals from around the world.

You’re able to ‘follow’ other people, so you can organise other cameras you like viewing and also save some as favourites. You can also invite specific family and friends to your camera, rather than the world and his dog.

As for the Petcube Play’s performance, the 1080p camera outshines the 720p camera in the Furbo I tested previously and not just for the resolution and sharpness. Its low-light performance was also noticeably better during the day.

The added resolution also means you have more to work with when using the 3x digital zoom. Image quality still deteriorates as you zoom in, but it’s useful for getting a closer view. The built-in night vision is also excellent and made keeping tabs on the nocturnal activities of my two kittens easy. 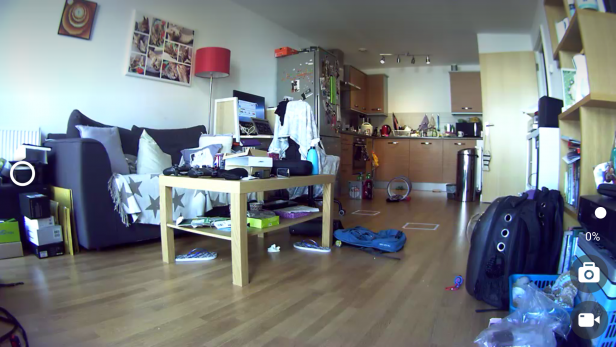 Like the Furbo, however, I do wish there was some form of pan and tilt. The wide-angle lens does at least provide a decent view of your room.

There’s a microphone and speaker, so there’s two-way audio. This lets you speak to your pet through your smartphone, which is useful if you want to grab their attention. I actually found the audio quality surprisingly good, not that it will matter much to your pet. As there’s a delay, it’s not going to be a secret hack to cheap calls home.

The Play also supports motion and sound detection, which ties into the optional Petcube Care service. This pushes a notification to your phone if you have the function turned on and saves a recording to the cloud. You can also easily turn on a quiet mode if you want a recording but don’t want the notification, or a do not disturb mode to disable the function.

You get a 30-day trial out of the box, which reverts to a free package after your first month. The free package gets you 4 hours of video history a month. For $10 a month you can upgrade to 10 days history or $30 for 30 days of history. Yearly packages also work out cheaper.

The automatic recordings are useful but considering the Petcube Play isn’t really a home security camera, I never felt like I was missing out once my free trial ran out. 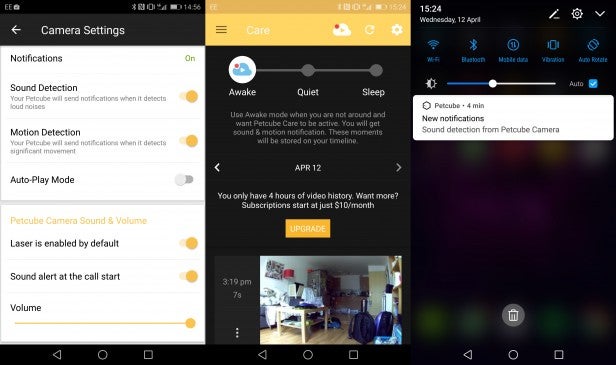 If you just want a recording of your play sessions, or to grab a photo, you can manually do this through the app as well, and these are saved to your phone’s gallery.

The laser that puts the ‘Play’ in the name is a mixed bag. If you’re expecting to direct the laser with, ahem, laser-like precision, you’ll be disappointed. To aim the laser, you drag your finger around the screen rather than tapping specifically where you want it to aim.

The lasers can be great fun for your pets

However, in use I found it incredibly jumpy and skittish, meaning it jumped around unpredictably and often ended up where I didn’t want it to, such as high up a wall inviting the cats to conduct wanton destruction on my bookshelves. The slight lag doesn’t help either, making you overshoot.

There is a calibration option, where you’re asked to point the camera at wall and then tap the screen where you can see the laser, but I found this didn’t really help. 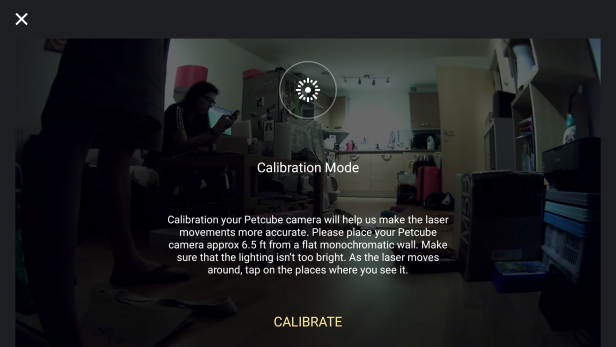 If you’ve got more of an open space, you might find the laser inaccuracy less of an issue and, in fairness, you might find it better captures your pet’s attention with its erratic movement. When the lasers had Monty and Steve engaged they did enjoy pouncing and chasing it around much to my amusement.

As you might expect, the laser can be hard to see during the daytime, which might reduce its usefulness for those wanting to play with their pets during standard working hours. It’s best used when the light is low, so you might want to draw your curtains during the day. 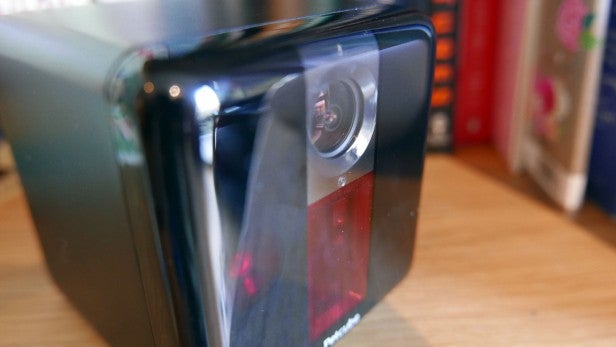 Should I buy the Petcube Play?

As an internet connected pet camera to provide peace of mind, the Petcube Play does an excellent job. Its image and sound quality is excellent and the sound and movement notifications are well handled. The social aspects of the camera are also potentially great, provided you don’t mind giving up a degree of privacy depending on how widely you share access.

I didn’t find the play component quite as compelling, but I think this will vary greatly depending on the space in which you use the camera. Used in a cluttered area like my living room (I’ll tidy one day), it can feel a little haphazard, but in a more open space I can see it being a great way to help your pet work off excess energy and ensure they don’t get bored in your absence. Even if you don’t own a Petcube Play, you might even enjoy the app just to interact with other people’s pets.

The Petcube Play is currently available for $149.99 in the US, with a UK release set for May. I’ll update when a UK price is confirmed.

The Petcube Play is a great camera for anxious pet owners