Persona 5 Royal is the definitive version of the modern classic JRPG, merging new elements that fit naturally but not quite fixing some of its most noticeable flaws.

The Phantom Thieves are here to steal your heart once more with Persona 5 Royal, a redux version of the JRPG that arrived in the west three years ago.

Following the recent tradition in the series, in Persona 5 Royal you’re tasked to live an entire year at high school going through each calendar day forming friendships, attending classes, and fighting against all sorts of creatures in the so-called metaverse, an alternate reality from our own where people’s distorted desires come to life.

Your named protagonist has been sued for charges he did not commit, forced to relocate to Tokyo, Japan where he has to live a normal student life until probation ends, forever targeted and shamed by society as he attempts to start anew. As expected, this isn’t the only conflict he encounters. There’s also The Metaverse. This strange place manifests itself as a mobile app which, after inserting a couple of keywords, can change reality to present the perspective of crooked adults with nothing but bad intentions: an abusive gym teacher, a mafia boss, an artist who profits on his pupils’ work, and so on.

These perspectives take place in certain parts of the world, leading to the presence of a palace, the game’s main dungeons that are always tied to a specific date for completion. But for every enemy in Persona 5 Royal, a new person will show up in your life, with whom you will create a bond that will evolve over time. This is where Persona 5 really shines. 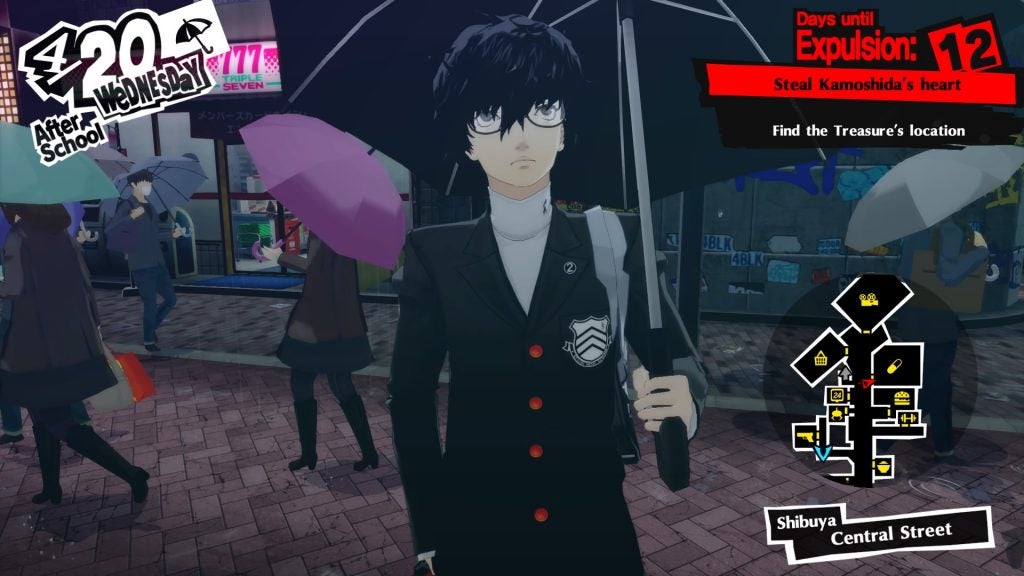 Along with getting to know more of their backstories, each rank you gain will also increase the power your Personas will gain when creating them, which are basically your main companions in battle performing magic and special abilities. Under a Pokémon of sorts fashion, you can “capture” and make use of them during battles, and your real-life bonds will make for greater results when combining them.

If you’re a newcomer to the series, this all might sound like a lot to swallow. Frankly, after going through the original Persona 5 (taking me 111 hours) shortly after release, and now revisiting this story with substantially more content and dozens of rather small but welcome changes, it all still feels like a lot. It’s funny since it’s one of the most approachable JRPGs to date, and it’s even better with the Royal treatment, but the investment it requires is no small undertaking.

The main story remains the same, although there are new characters, interactions, places to visit, and activities to take part in that weren’t in the original release. Mysterious gymnast Kasumi Yoshizawa is a new playable character that not only brings a new confidant to meet and level up over time, but she also introduces herself as a new member of the Phantom Thieves. Other confidants such as a school counsellor also appear, and his presence is equally fantastic.

Both of these characters introduce new story moments to the original game’s narrative, all of which feel perfectly balanced. Nothing is forced feels forced, and pretty much all unique aspects of Persona 5 Royal feel like they were at some point planned for the initial release but just didn’t make the cut. 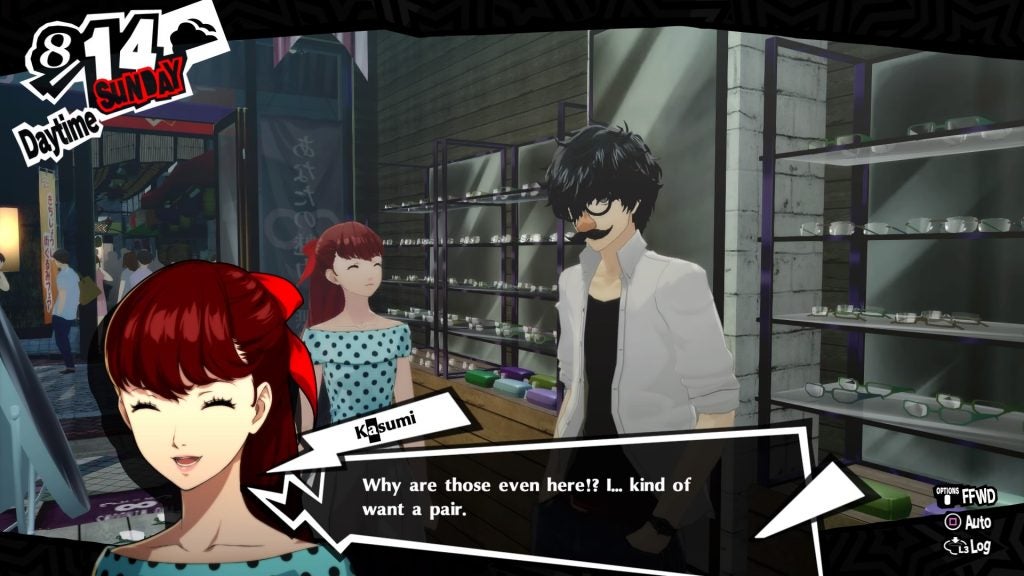 Gameplay is intact on the surface, following one day at a time divided into mornings, afternoons, and evenings. These are usually fragmented into attending classes during the mornings, and then using the rest of your time to level up in a dungeon, continue progressing the main story forward, or just hang out with friends.

Part-time jobs, movies, exercising, and many other activities are back. You now have some new additions such as the aquarium, a monk temple, and an entirely new district featuring billiards and playable darts (making use of your DualShock’s motion sensor to aim and throw) where you can invite the entire group at once.

Most of the new additions regarding the every-day aspect of the game enhance the pace and use of time immensely, which wasn’t the case in Persona 5. There are now more shops with tons of helpful items, including one that will take your unwashed clothes (pieces of gear that haven’t been “identified”) for money and redeemable points to exchange for rewards. If you went through the original game and thought that most of what you did or didn’t do wasn’t of importance, there’s probably a new element addressing those caveats now.

Combat is, by far, the most improved element in Persona 5 Royal. I had always enjoyed fighting shadows in the original, seldom getting tired of the exquisite soundtrack as I exploited enemies’ weaknesses to continue chaining attacks.

Related: Everything we know about Yakuza 7 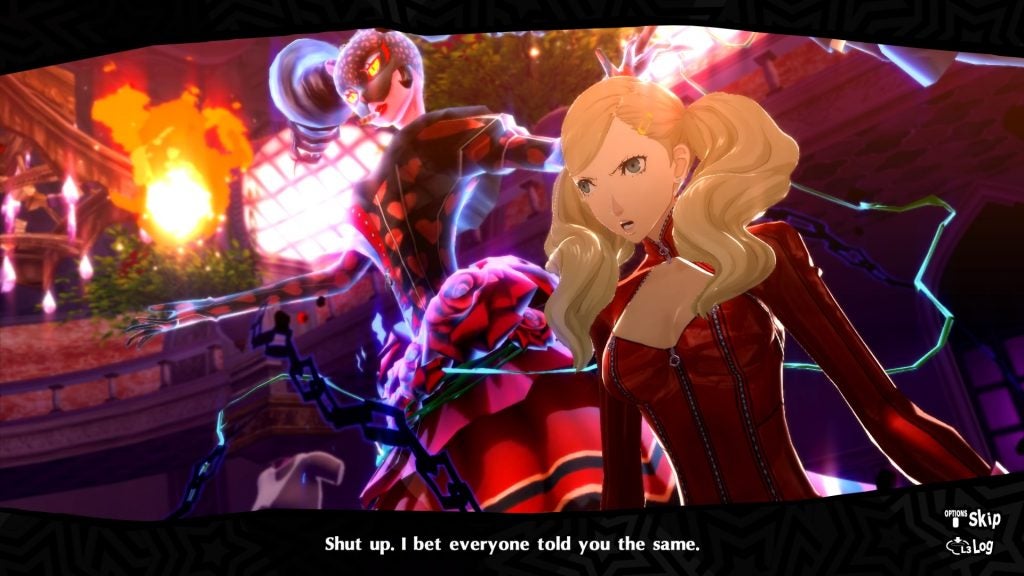 Now, some enemies can explode and deal proportional damage to their companions, depending on how much you hurt them. Fail to exploit their weakness, though, and they will retaliate immediately, but they are otherwise a great way of wiping out an enemy group quickly. The baton pass, which occurs when you switch between teammates after these moments, are now much more encouraged.

Playing darts with one of your friends in the outside world, for example, will enhance this skill so each pass can grant health, skill points, and boost attacks. If you ask me for my favourite addition, it has to be the new Showdown attacks, which happen randomly between specific characters and can grant a huge advantage in battle if you decide to use them, being showcased in hilarious short cutscenes.

Navigating palaces is a tad better now, too. The addition of the grappling hook allows you to traverse through some new puzzles, but it can also be used to skip certain sections entirely. It doesn’t carry as much protagonism as I was expecting it to. Still, there are some exciting new nuggets later on, such as the ability to attack shadows from afar during exploration to gain an advantage in combat without having to sneak up on them. There’s also secondary and often hidden rooms now that host Will Seeds, skull-shaped objects that grant different rewards if you find all three inside each palace, along with boosting a few your skill points before moving on.

Mementos still involve procedurally generated floors with different and stronger enemies the further you venture, a new character known as Jose is also there this time around. The droid-looking child serves as a random merchant driving a car (which reminds me of Emil’s shop in NieR: Automata) who will give you powerful items in exchange for flowers, which can be found across floors as floating items. What’s more intriguing is that Jose can change the properties of Mementos, increasing how much experience, money or items you’ll obtain, which can be purchased using star emblems, usually found at the end of each floor. 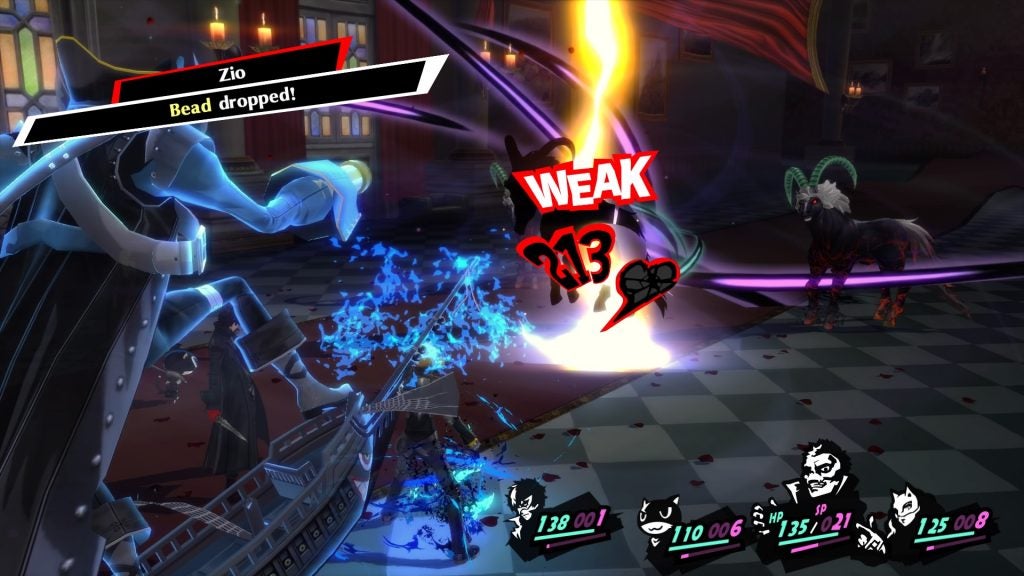 Persona 5 Royal is as extensive as it could ever be, and in some way, that’s what I enjoyed the most. Hanging out with my friends in the past game was always a joy, and the in-game routine ties everything together in a way that no other title has accomplished yet. All the sweet, sad, and joyous moments I’ve spent with them hold a special place in my heart and reliving their stories while also taking part in new memories to treasure is by far the most significant appeal of this long adventure. Oh, and Morgana isn’t as persistent with going to bed early now, so you will often have plenty of time to study or watch a movie during the evenings, even after going to a palace.

However, it would have been good to see some dialogue and story bits that were sexist and somewhat disturbing to also get the Royal treatment. These aren’t funny, nor do they evoke any resemblance of romanticism, making them tonally out of place with the characters’ attitudes and backstories, while ignoring dramatic events that the player witnessed firsthand only to sound like a creep. At best, they can be ignored, and you can choose a different dialogue option, at worst, some of these answers are rewarded with a smile or a laugh, along with gaining extra points towards a relationship that can evolve into a full romance.

The same can’t be said for homosexual interactions, mind, which seems to have been more on their minds this time around with overly flirting conversations, especially around the extended confidant storyline with Goro Akechi, but lead to nowhere. All women end up, in some way or another, expressing their attraction to the protagonist. There are no boundaries to whom you can date, whether it is one of your school teachers, a journalist who continually brings up the fact that you’re underage and you shouldn’t be in a bar late at night, or Futaba, who looks up to you as an older brother. 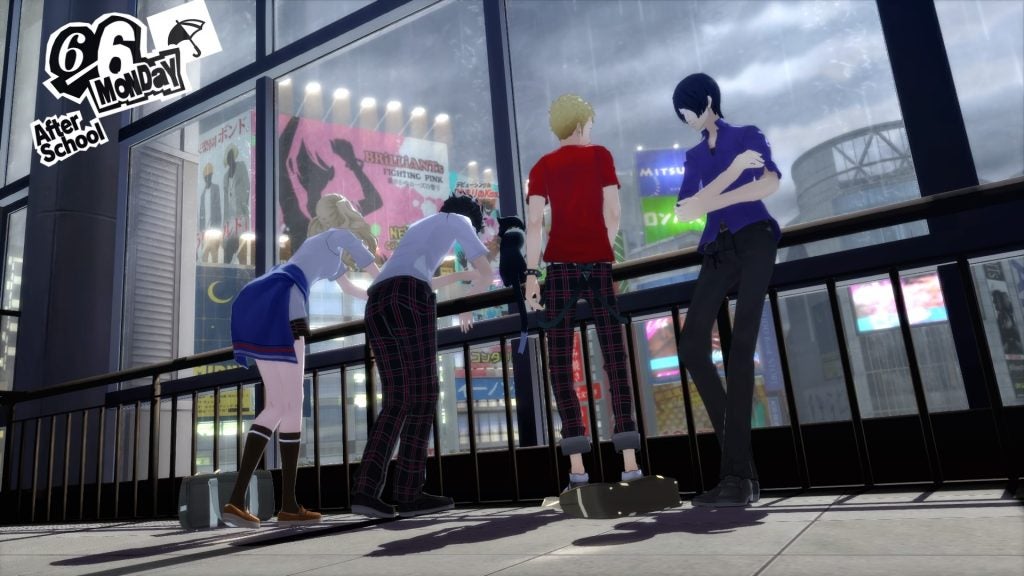 Aside from a couple of localization efforts involving three moments in the story – in which two men had a predatory attitude towards Ryuji – nothing else has changed. As much as I enjoyed my time with everyone in the game, the tone still feels targeted against a particular audience at times, and character arcs such as Ann’s are the living proof that the next entry in the series should learn and do better.

Despite all of this, I fell in love with the daily loop of Persona 5 Royal immediately. The task of playing through over a hundred hours again never felt like a chore. I was just happy to hang out with some of the most wonderful characters I’ve ever met in a video game once more, going for ramen or just chilling in the attic.

The new faces, locations, and songs are all welcome additions, and the whole experience can be remembered and in some way honoured in the Thieve’s Den, a hub that hosts songs, concept art pieces, and much more. It all feels like the proper closure and rendition to Persona 5, and the best way to experience the game if you have at least 130 hours to spare. I assure you it’s worth the time.

Persona 5 Royal is the definitive version of the modern classic JRPG, merging new elements that fit naturally but not quite fixing some of its most noticeable flaws.

By Diego Arguello
Diego Arguello is a freelance journalist from Argentina and frustrated bassist who learned English thanks to video games. He’s probably listening to music right now, or procrastinating on Twitter…