Up until now Pentax has specialised in two types of camera; its Optio range of ultra-compacts, and its successful range of digital SLRs. It has a couple of other products, such as the W-series of waterproof compacts as well as some very nice binoculars and assortment of accessories, but up until now it has never ventured into bridge camera or super-zoom territory. The new Pentax X70 is the company’s first foray into this uncharted territory, but it’s a pretty accomplished debut. With a 24x zoom lens with a 26mm-equivalent wide angle, a 12-megapixel sensor, a 2.7-inch 230k monitor, sensor-shift image stabilisation and manual exposure options can it succeed in a highly competitive sector of the digital camera market? 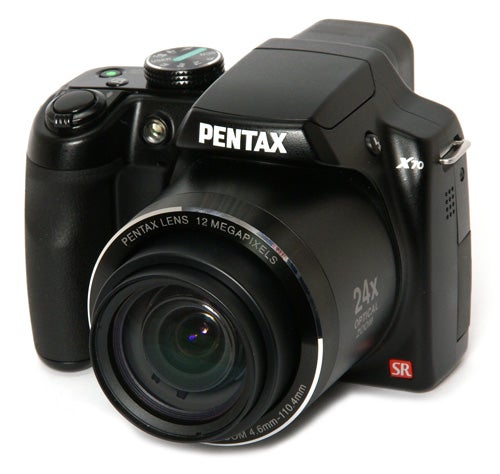 That competition is already well established. The current benchmark for super-zoom cameras is of course the extremely popular Panasonic FZ28, which sports an 18x zoom lens, 10.1MP sensor and optical image stabilisation, and currently sells for around £235. However the FZ28 was launched nearly a year ago and is getting a little long in the tooth. Other more recent rivals include the Olympus SP-590UZ, which features an over-stretched 26x zoom lens and 12MP sensor, and currently sells for around £240, or the Canon SX10 IS, with its 20x zoom and 10MP sensor. The £300 SX10 also features a flip-and-twist monitor and a video mode with stereo audio. However perhaps the closest match for the new Pentax is the excellent Nikon P90, which offers a 12.1MP sensor, a 24x zoom lens and image-stabilisation for around £300. By comparison the very similar X70 does look a bit expensive at around £370, but then it has only just been launched, so the price will probably fall over the next few months. 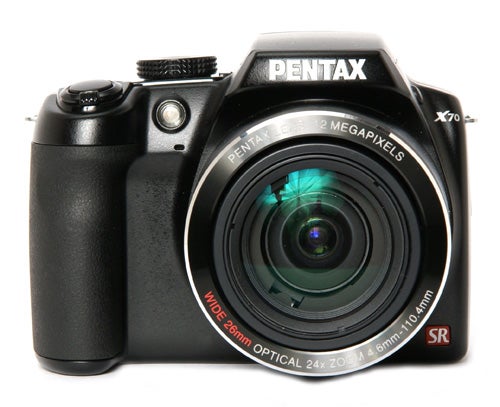 Pentax has taken few risks with the overall design of the X70, and as a result it does look a bit generic. It has the conventional SLR-style body with a large handgrip, a pop-up flash, an electronic viewfinder and a fairly predictable control layout. In fact the X70 bears a strong physical resemblance to the Nikon P90, although measuring 110.5 x 82.5 x 89.5mm and weighing approximately 410g including battery the Pentax is both smaller and lighter.

The camera body is made of plastic, apart from the metal ring around the lens barrel. The overall build quality is good, although the camera’s light weight does make it feel a little more flimsy than it actually is, and it doesn’t quite feel like £370 worth of camera. However despite its relatively small size it handles well. The handgrip is rubber coated and is large enough even for my hands, and together with the rear rubber thumb-rest it provides a secure and comfortable grip. The control layout is pretty conventional and will be familiar to anyone who’s used a compact camera before. The D-pad and most of the buttons are well positioned for one-handed operation, as is the single adjustment wheel and the large mode dial on the top plate. 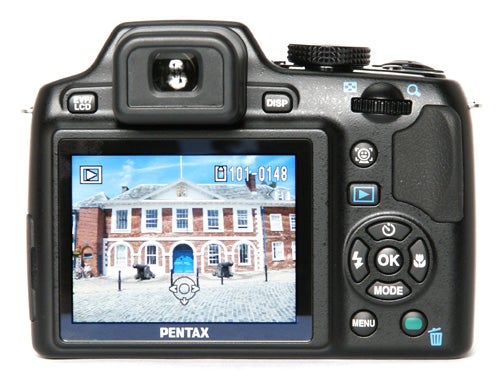 The overall feel of the X70 is competent and efficient. It has all of the basic features one expects from a modern super-zoom, with Pentax’s excellent three-stop sensor-shift image stabilisation, 100-6400 ISO sensitivity range and optional manual exposure. Aperture priority, shutter priority and full manual are available, with shutter speeds from four seconds up to an impressive 1/4000th of a second, and apertures from f/2.8/5.0 to f/8.0, in 1/3EV increments. 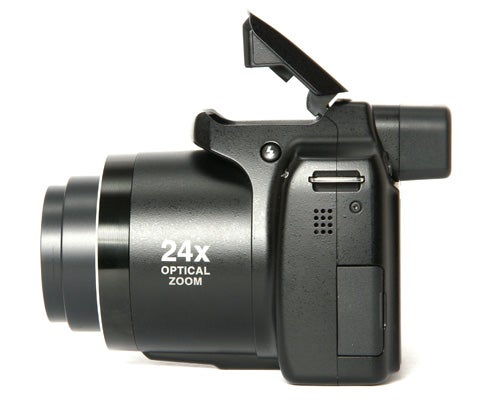 Also available are a useful range of scene modes, some with extra options, and the Auto Picture mode, which is automatic scene selection. Pentax was the first manufacturer to offer this feature, and it does work very well. The camera’s face detection system is also very effective, working even in relatively low light, or with faces in part profile. 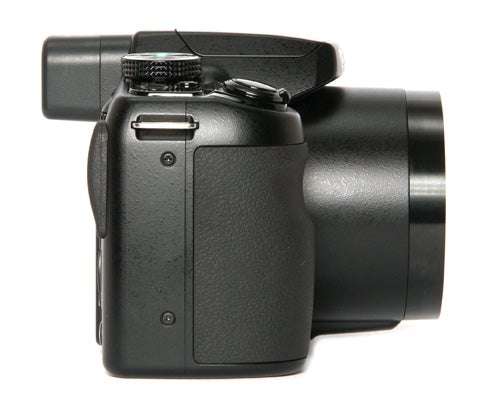 Many super-zoom cameras, especially ones in the X70’s price bracket such as the Canon SX1 IS and Casio EX-FH20, are starting to offer advanced 720p or 1080p HD video recording and even stereo audio, and indeed this does seem to be the next “must-have” digital camera feature for the second half of 2009. Unfortunately the X70 can only manage either 848 x 480 (WVGA) at 30fps, or 1280 x 720 at 15fps, with mono audio and no optical zoom.

The X70 starts up quickly in around two seconds, but its overall performance is surprisingly slow. The main culprit is the autofocus system, which is nice and accurate and even works well in low light, but it really takes its time over it. As a result the shot-to-shot time in single shot mode is a leisurely four seconds, and can be even slower in low light or at telephoto zoom settings. I’ve already mentioned the extremely fast continuous shooting mode, but needless to say that there’s no focusing between shots. 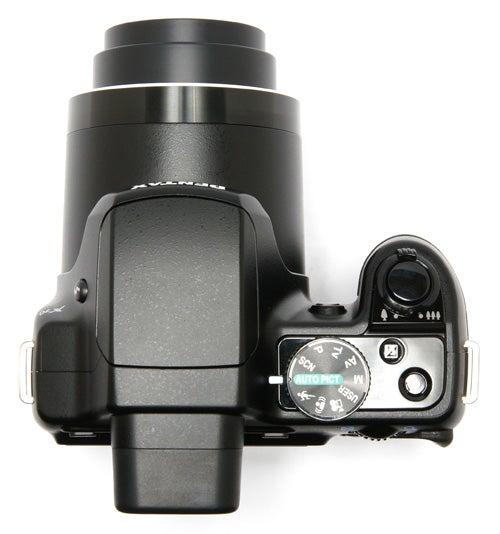 Overall image quality is good, but with certain limitations. The 24x zoom lens has a focal length range equivalent to 26-624mm, and at the wide angle end it does produce quite significant distortion, however its edge to edge sharpness is very good. The telephoto end is actually surprisingly useable hand-held, thanks to a very effective sensor-shift image stabilisation system, but it does have its limits. Shutter speeds slower than about 1/100th of a second showed some movement blur, but that’s not bad for such a huge magnification.


Colour rendition in default mode is very natural, and the exposure system rarely blows out a highlight, but the dynamic range of the tiny and overcrowded 1/2.3-inch sensor is quite limited, and shadow detail is restricted.


The X70’s major flaw is, unfortunately, image noise. Even at 100 ISO there are some signs of colour mottling, and by 400 ISO noise is a real problem right across the image. The 3200 and 6400 ISO settings are pixel-binned to 5MP, and so are only of any use for very small pictures. 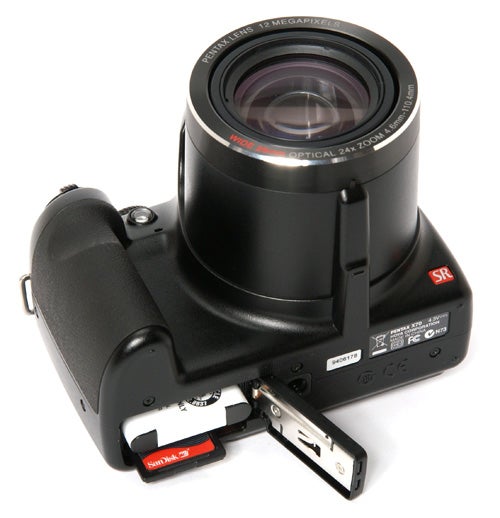 Another serious concern is battery life. The X70 is powered by a surprisingly small 925mAh battery. Even the official specification only rates it at 170 shots on a full charge, but I found that it was down to just one bar after less than 100 shots. I don’t know about you, but if I’m out and about with a camera like the X70 I tend to shoot a lot of pictures, and I can quite easily shoot 100 or more in a day. 170 shots isn’t even enough to fill a 1GB memory card. If you buy an X70 to take on holiday, remember to take the charger.

The Pentax X70 is a good quality camera from one of the big names in the business, and is capable of producing good pictures over a huge zoom range thanks to an excellent image stabilisation system. It handles well, and is smaller and lighter than most of its competitors, however it has a serious problem with noise even at moderate ISO settings, and the limited battery duration is also a negative point. 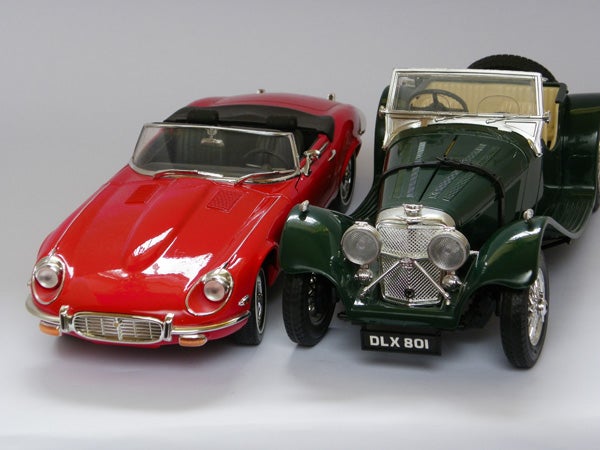 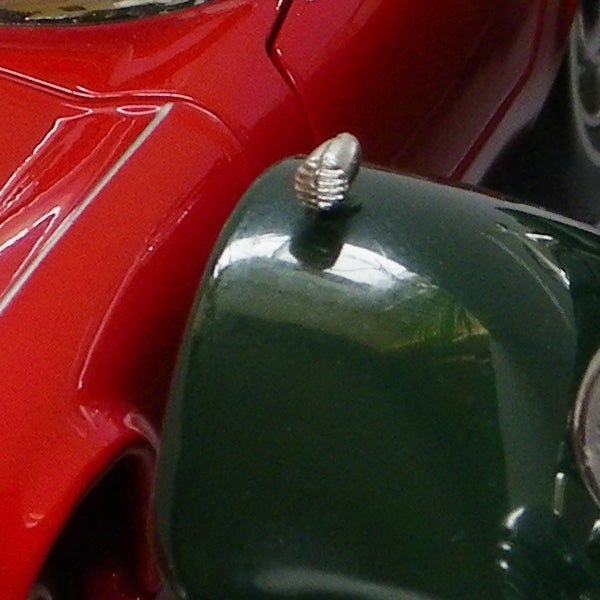 At 100 ISO the level of detail is good, but there is some unevenness of mid-tone colour. 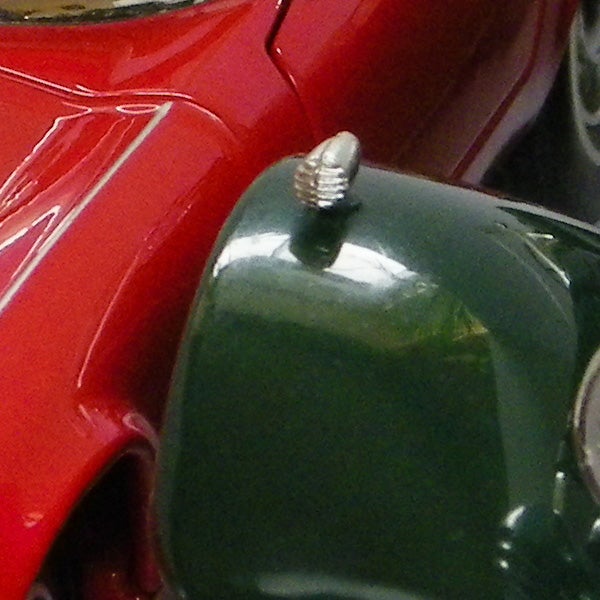 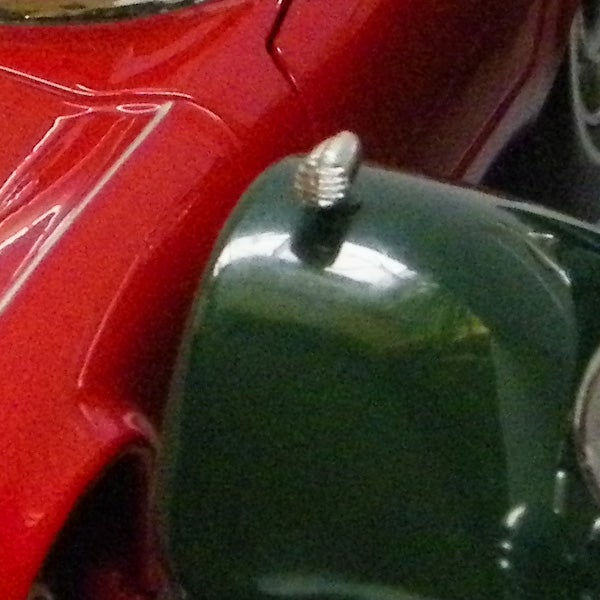 At 400 ISO there is a speckling of noise across the whole image, and some detail is lost. 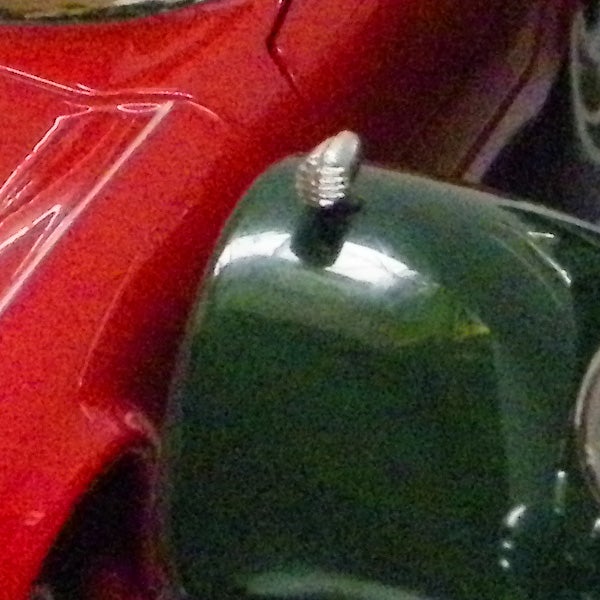 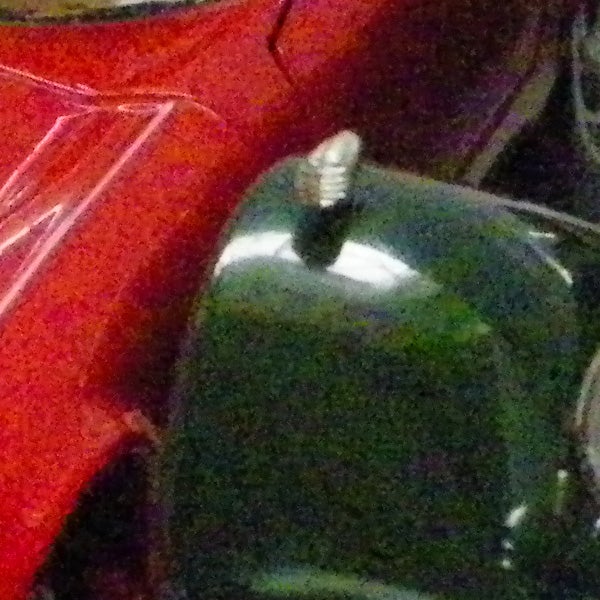 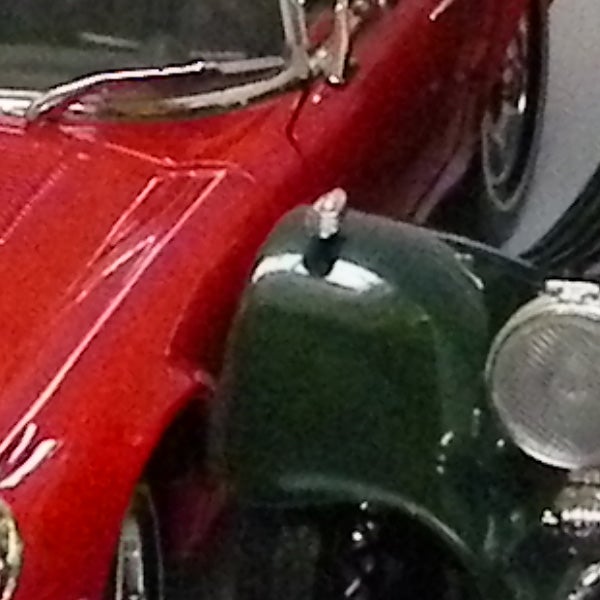 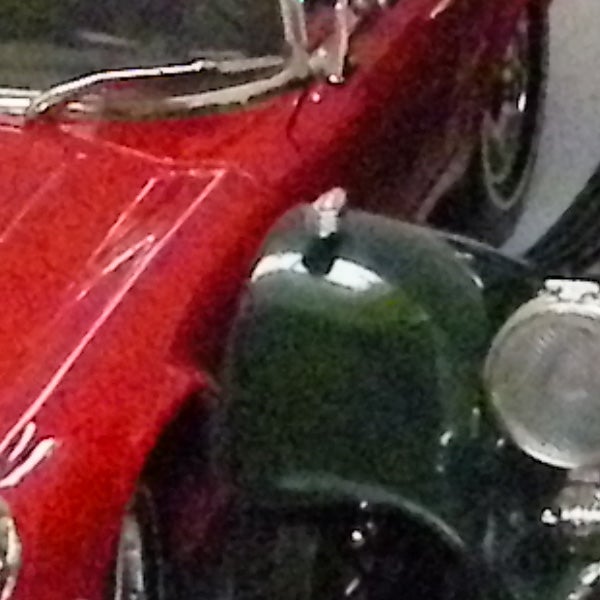 At 6400 ISO the image quality is fairly terrible. 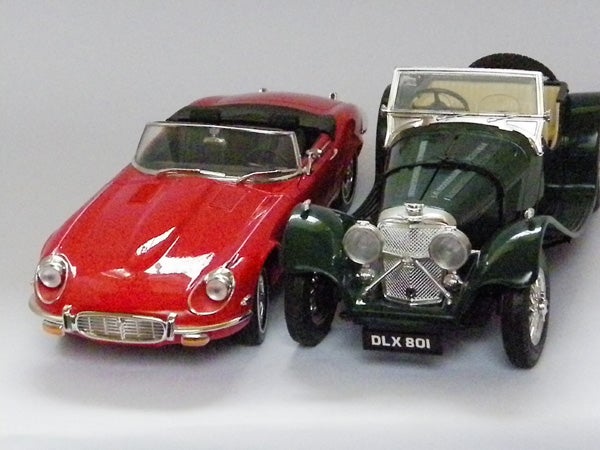 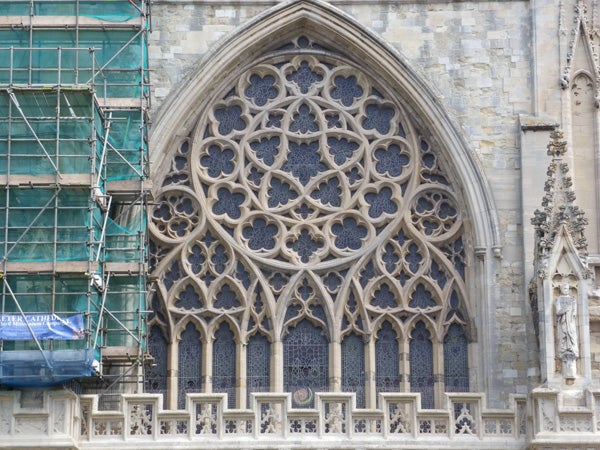 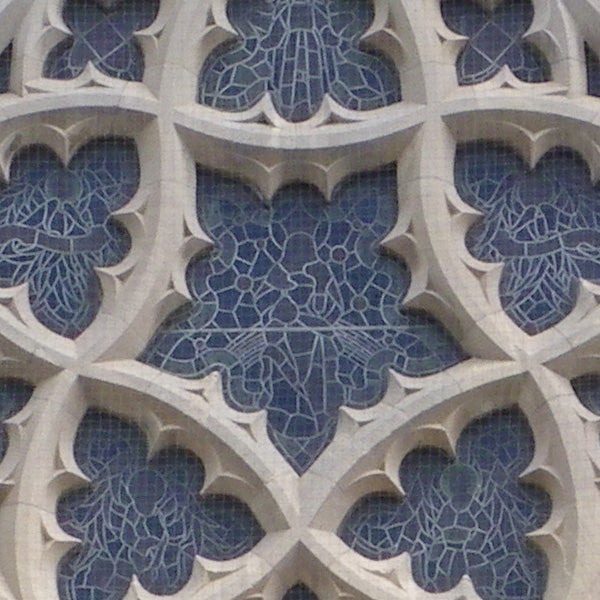 The overall level of detail is about average for a decent 12MP compact. 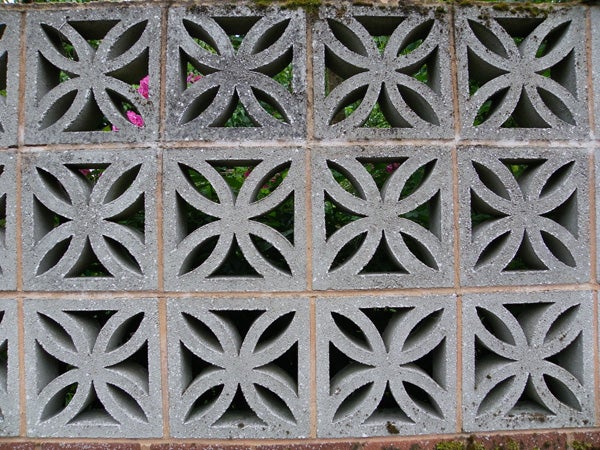 The 26mm-equivalent wide-angle end of the zoom range does produce some barrel distortion. 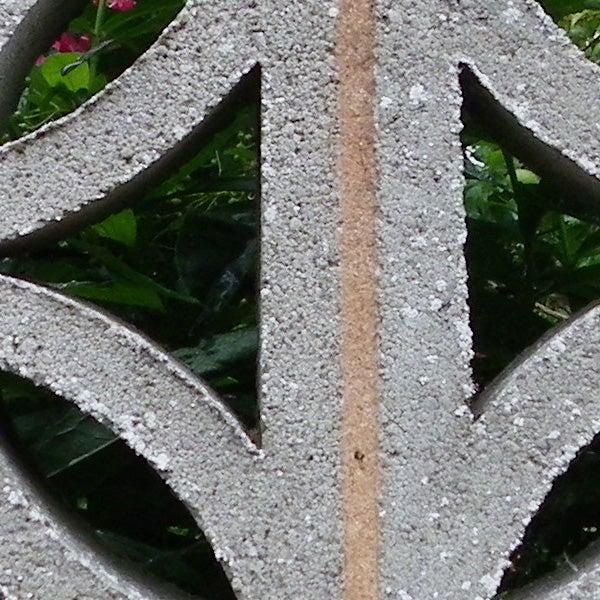 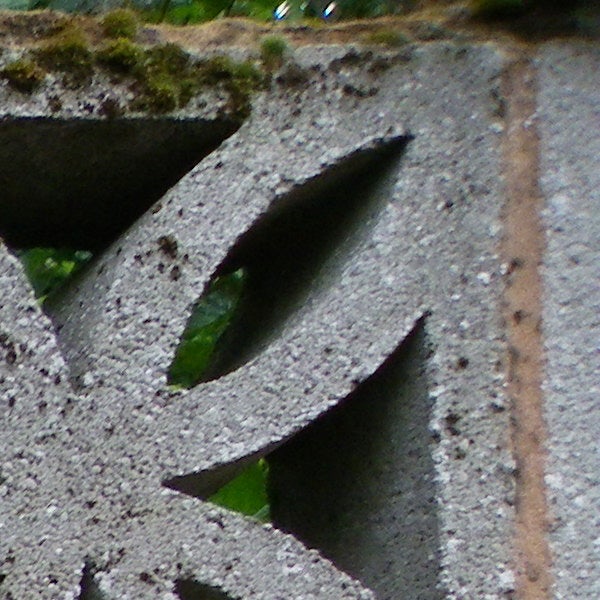 …and corner sharpness is pretty good too, although there is a trace of chromatic aberration. 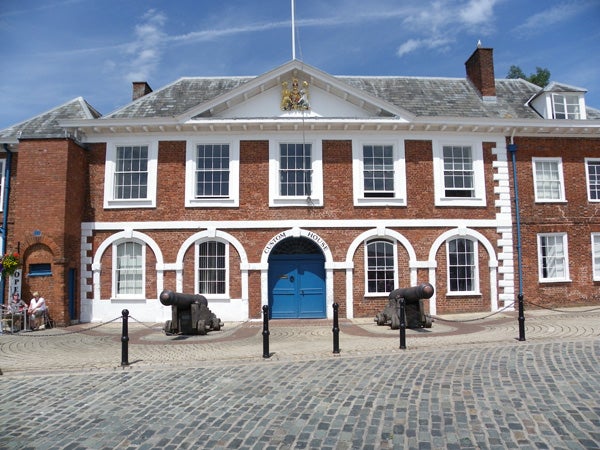 The X70’s 26mm wide angle is great for cramming in lots of scenery. 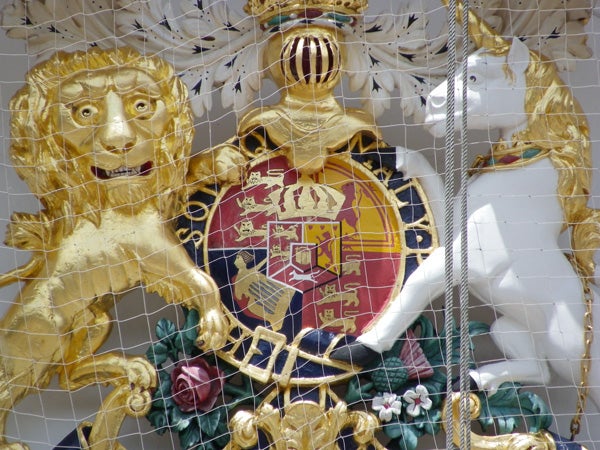 The telephoto end is equivalent to a massive 624mm. 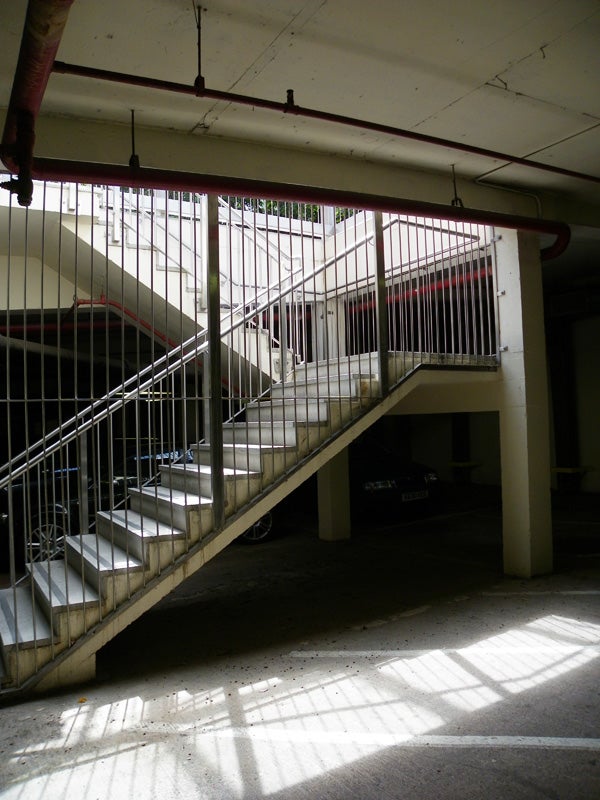 The exposure system seldom burns out highlights, but the shadows lack detail. Compare this shot with the Ricoh CX1 that I reviewed last week. 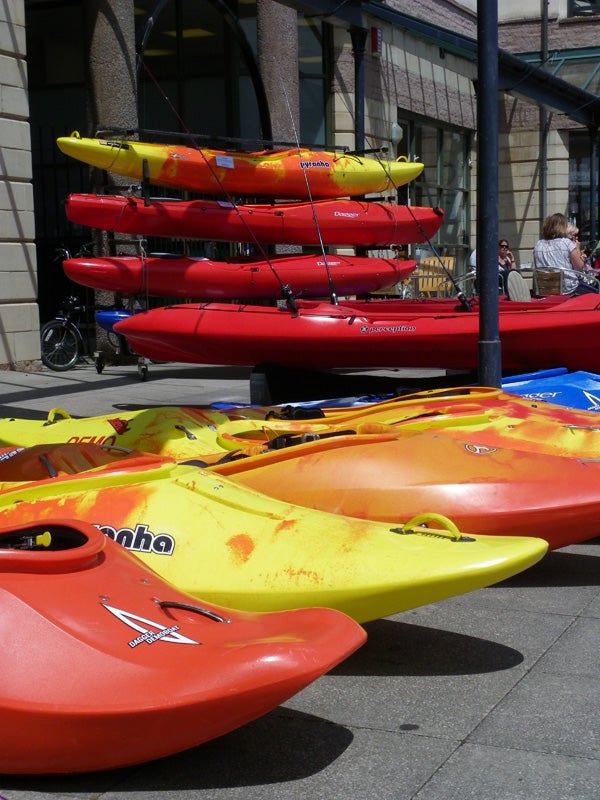 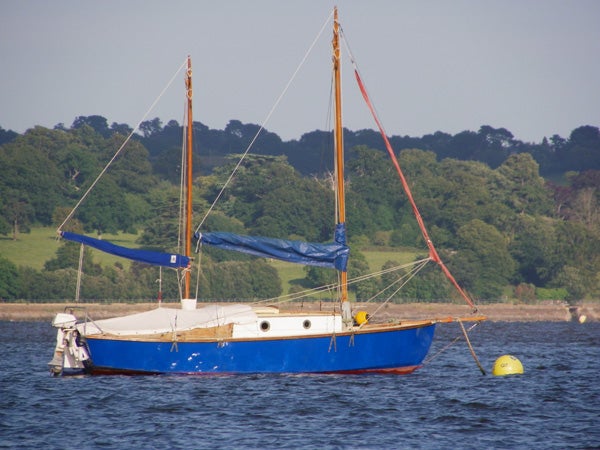 The huge telephoto lens is surprisingly usable even hand-held. This was shot at 1/100th of a second. 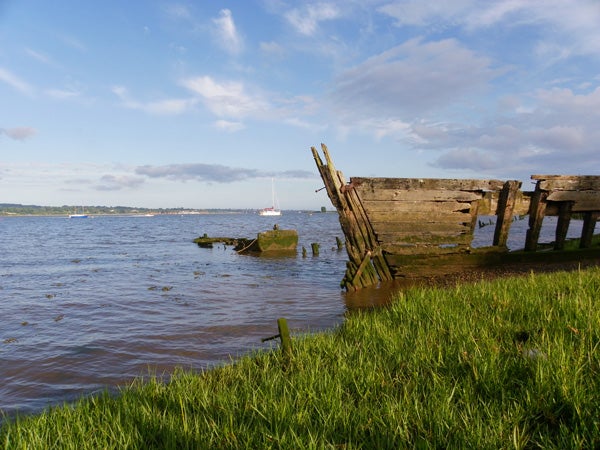 The X70 is a good general purpose camera, but not without its flaws.